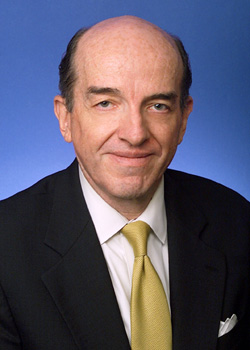 Michael Copps is the rare bright spot in an otherwise dismal Washington. He is one of two Democratic commissioners on the Federal Communications Commission. He managed to stop the juggernaut of deregulation at least once and to embarrass it several times during Michael Powell’s chairmanship. Copps famously managed to draw enough attention to their great giveaway that even the US Congress bucked the administration and passed a law that held the TV limit to 39% of the national audience (above the 35% of the 1996 law but below the 45% Powell was trying to slip through).

Part of Copps’s effective rhetoric was to wonder at the coincidence between the unprecedented rise of large media conglomerates and the increase of vulgarity, indecency, violence and sexuality on TV and the radio. He is a careful “weak” determinist, refusing to draw a conclusive link but he does suggest that as programming decisions become more centralized and further away from the local community there would be less concern about community standards.

Thus Copps used Republican rhetoric to counter Republican behavior. He came to own words such as “decency,” “local community standards,” and even “conservative,” since he charged that deregulation was the bold reckless experiment that upset the traditional way of doing business on the airwaves. It was the radical Powell who was committed to eliminating the public interest criterion (about which he even expressed ontological doubt) in favor of maximizing market opportunities. He seemed to be a consistent corporate libertarian and showed little interest in policing decency on the airwaves until the hue and cry over the Janet Jackson exposure debacle. He finally responded to pressure to get tough. Many people asked me why he left the chair’s position last month, and although my Ph.D. gives me reduced competency regarding Republicans, I assume that at this point the fun was gone for Mr. Powell. 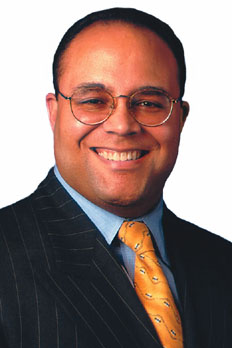 His departure weakens Copps’s ability to embarrass the Republicans with the contradiction between feral capitalism and local standards. Indeed the Powells, père et fils (father and son), were the last office-holding Republicans capable of being embarrassed. The remaining administrators are perfectly willing to strike down every principle in favor of immediate gains. Kevin J. Martin, the new FCC chair, is strongly hinting that he wishes to extend the moral authority of the Federal government over satellite and cable delivery systems. And he calls himself a deregulator!!

Still those of us who still indulge in intellectual inquiry regarding federal policy should take a moment to contemplate Michael Copps’s hypothesis: that media consolidation leads to vulgarization of program content. There is nothing immediately obvious about the truth of this hypothesis. Large corporations are known for their desire to avoid controversy. Wal-Mart refuses to stock controversial CDs and DVDs, and Blockbuster avoids X-rated films. On the production side, there is Time-Warner’s sale of the Interscope record label to avoid association with “gangsta” rap. Still I do not judge that these incidents amount to a falsification of Copps’s hypothesis.

The thing to notice about very large corporations is their reduced capacity to internalize moral or other non-pecuniary standards. They have been run by at least two generations of executives trained to think the only measures of success are short-term profits and continuous rising stock valuations. Other considerations such as building prestige or establishing and burnishing corporate reputations are now largely irrelevant. The lesson of Time-Warner and Interscope is not the divestiture but that TW made the original acquisition. There may be a vestigial consideration of reputation at Walt Disney. But ever since the advent of Michael Eisner at Disney, they have practiced the strategy of shifting adult themes to other labels (Touchstone, Miramax, Dimension, etc) within the corporate umbrella. The actual Walt Disney would not have resorted to such transparent camouflage.

The next thing to see is that large media corporations are bigger than any one community. Therefore the American legal formula that obscenity is defined by community standards is mocked by the transnational media corporation. The News Corporation, operating all over the world, brings to the world the obscene standards of the worst corners of London’s Fleet Street. It is less clear where the Viacom executives responsible for the Super Bowl learned their standards, but it is safe to say not in the prim and proper Boston, near Sumner Redstone’s original local community.

Which leads to a third point. Because these behemoths transcend any community they have increasing difficulty pursuing their large trans-national audiences. Points as separate as North Dakota and Maine complain about losing their local radio station managers and waking up to programs conceived by some nameless Clear Channel executive sitting down to coffee in San Antonio. Imagine the difficulty of this same nameless executive having to pursue an audience scattered through all fifty red and blue states. What is the one thing that might get a good portion of the audience to listen? The common denominator of prurient and vulgar appeals has often proven to be the answer, particularly for the most desired demographic group of young men. It is also an easy one-stop answer and so we have the national syndication of Howard Stern and Rush Limbaugh across 3,000 miles rather than the variety of local drive time radio.

There have been similar arguments about the rise of violence in Hollywood films. The increasing importance of the international audience has led to the increasing importance of the action film genre. This genre deemphasizes specific cultural baggage and language in favor of easily exported Slam! Bang!! Ker-Bloom!!! While the link between action and international attention is generally accepted, Copps’s hypothesis remains suggestive rather than conclusive. If the hypothesis is to be significant, does it explain how the current situation is different from the TV wasteland accusation of the pre-consolidation era of the 1950s and 1960s? I reshaped his hypothesis to emphasize categories of quality such as vulgarity and indecency rather than the more quantifiable sex and violence. It is because I want mature sex and dramatic violence retained on TV. Indeed the moment of quality television in the 1970s and 1980s is directly associated with a willingness to overcome the banal standards and practices of the 1950s and 1960s. It is my fear that boundary stretching TV such as Roots and Soap metamorphosed into the new vulgarities such as Fox’s (News Corp.) trashy Temptation Island and the simulated steaminess of ABC’s (Walt Disney) Desperate Housewives. In order to work out this hunch we should define vulgarity in a way that avoids the high/low cultural debates and yet does not justify corporate exploitation as genuine vox populi. We have yet to work out the transcendental appeal of vulgarity. Therefore I think that Copps’s hypothesis challenges the imagination of the Left to account for this change from quality to trash. It is when media consolidation takes advantage of the boundaries stretched by sincere writers and producers that vulgarity should become part of the public’s brief against the deregulation of media ownership.