by: Michele Hilmes / University of Wisconsin-Madison 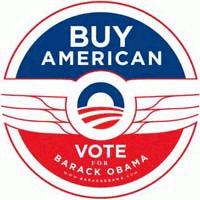 Projecting into the future

Every so often a core concept emerges in an historical or theoretical field that serves a purpose at the time of its invention but slowly loses its explanatory power while continuing to crop up as something “everybody knows.” Eventually, it no longer clarifies but actually obscures: everybody knows George Washington chopped down the cherry tree, America is the best democracy in the world, women are more sensitive than men, Saddam Hussein had links to terrorists, etc. Or, in the field of media, Hollywood tried to ignore broadcasting in hopes it would go away; US media produce audiences, not programs; and public service broadcasting serves citizens living in communities while commercial broadcasting addresses itself to consumers living in markets. There are many more (skip to the bottom of this piece to post your own favorites – I hope we can compile a collection.)

It’s the last statement above that I want to address here, with hopes of returning to the second one later. Like the “Hollywood ignored television” myth (which provided me with a dissertation topic some years ago, and my entrée into the world of media scholarship), the “consumers vs. citizens” diad emerged during a period of tension, but drew on a much older and more embedded set of historical assumptions and concepts. The distinction between “citizen” and “consumer” linked to the media can be traced back to the very earliest years of broadcasting, as social forces and groups struggled over how to define and control the myriad “radical potentials” that the new technology and its earliest practitioners offered.

Elites in the industrialized nations most prominent in broadcasting’s development already recognized, by the 1920s, that the influx of increasingly organized market forces in media such as newspapers, magazines, film, and popular music had led to an upsurge of popular – what they called “mass” – culture, which encouraged values that intellectuals and leaders on both the left and the right found disturbing. In Britain, one look at the already highly commercialized radio situation in the United States led to the construction of a public service broadcasting system, the BBC, in which “public service” was defined as first and foremost not commercial and not competitive, and in fact adamantly opposed to marketplace (popular, “mass”) values.

A publicly funded monopoly, aimed at citizens, not consumers, was needed to hold the vulgar forces of marketplace capitalism at bay – even though, as I have argued elsewhere, this stemmed not so much from deeply-held philosophy at the point of its earliest iteration, 1922, than from a desire to resist the “American chaos” that its founders observed abroad.[1]

The BBC model eventually became standard in Europe and in Europe’s colonial possessions. Many groups in the US advocated for it as well, from a variety of perspectives, and indeed its basic precepts can be found in early US broadcast regulation, despite the prevalence of commercial interests. The roots of the “citizen versus consumer” diad can be traced to this nexus, finding articulation on both the left and the right in the 1930s and 40s: from the Frankfurt school’s condemnation of the “culture industries” (though they held no brief for the state-dominated systems of Europe, having seen what happened in Germany), to the Leavisites and their Arnoldian disparagement of market-based culture on the right. Although the word “consumer” was not widely used at this time, it was clear to such observers that markets created a debased culture inimical to the uplift goals of the educated elite, whether progressive or deeply conservative. “Public” intervention was necessary to control such chaotic tendencies and to link broadcasting to the interests of the nation/state.

When Jurgen Habermas wrote his postdoctoral dissertation in the 1950s, tracing the transformation of the mediated public sphere by impinging state and market forces, he drew on this tradition. It should be noted, however, that Habermas (like Chomsky after him), worried as much about the interventions of the state as the market sector (as well he might post-war), in fact created a history in which market-based interests operating at the dawn of democracy built a sphere of citizen discussion and debate outside the machinations of the state. Though more focused on coffee houses than tea parties, Habermas described the world of private, commercial – though not commercialized, a more complicated concept – media and markets as a crucial ingredient in resistance to the overweening state. It was the later intrusion of the state into private life, as well as private interests into affairs of state, that equally worked to create the “refeudalization” of the public sphere that Habermas deplored.

This was not the aspect of Habermas taken up when the “citizens vs. consumers” dichotomy reached its fullest expression, in 1980s Britain, though he was frequently invoked. In 1982 Philip Elliott seminally wrote, “The thesis I wish to advance is that what we are seeing and what we face is a continuation of the shift away from involving people in society as political citizens of nation states towards involving them as consumption units in a corporate world.”[2]

As Prime Minister Margaret Thatcher pursued deregulatory policies and the 1986 Peacock Report sketched out a more competitive and commercialized future for British Broadcasting, unfavorable comparisons with US broadcasting again became central to defending public service broadcasting via the citizen/consumer diad, exemplified by Graham Murdock’s conclusion in a 1990 article, “American commercial television is about promoting mass consumption not about providing resources for citizenship.”[3]

“Citizen or consumer,” as Duncan H. Brown’s 1994 article was entitled,[4] became the increasingly Manichean choice. In each case, it was the citizen model (ie, European, not American) that was empowered by the comparison – almost without overt argument, since to be a “citizen” is so clearly preferable to being a “consumer” for those arguing in this tradition. As Justin Lewis summarizes, consumption begins to be conceived as opposed to citizenship: “Unlike the citizen, the consumer’s means of expression is limited: while citizens can address every aspect of cultural, social and economic life (operating in what Jurgen Habermas called ‘the public sphere’), consumers find expression only in the marketplace.”[5]

But as Habermas would remind us, both the market and the state work together to define and delimit the public sphere; citizen and consumer are not opposite and contradictory identities but always and inevitably entwined in a capitalist society. Moreover, this dualism’s implications for the definition and construction of the public itself, and the internal social hierarchies it conceals, go unexamined. Most noticeable is the citizen/consumer diad’s hidden referencing of a gendered distinction: the normatively masculine citizen versus consumerism’s normatively feminine subject. Hierarchies of class, race, and ethnicity are also concealed: citizenship has been a privilege initially confined, since the Greeks, to a small minority (masculine, property-owning, native-born) sector of the public and only very recently and imperfectly enlarged to include the majority: women, working classes, and non-native or nationally “othered” groups; it always excludes those residents of a state not legally entitled to citizen rights, such as recent immigrants, sans-papiers, guest workers, and resident aliens.

Other assumptions reveal themselves through closer scrutiny. The concept of “citizen” implies a “nation” whose public exists in a relationship of legal rights and status and whose appropriate activities are defined in terms of his relationship with the state. The “consumer”, on the other hand, is a stateless, rootless subject whose activities consist of acts of selection and purchase in a market where products of all nations jostle for shelf space. Further, by precepts of liberal democratic thinking, all citizens are equal; citizenship is a homogeneous, unified status that ideally makes no distinctions between citizens, who remain undifferentiated and “equal under the law.” Consumption, on the other hand, is usually conceptualized as a highly individualizing activity, by which markets identify and capitalize on – even create, if they can – distinctions of class, gender, age, region, taste, etc. in an address that thrives on differentiation and segmentation. So, conceptually, the public as citizen is masculine, homogeneous, and national; the public as consumer is feminine, differentiated, and hybrid.

It is easy to see, then, why “public service television for citizens” can stifle some forms of expression and marginalize some groups, and why “commercial television for consumers” can be politically and socially empowering under certain circumstances, as with women’s programming in 1930s US radio, television under Franco in Spain, or Asian satellite TV in Britain. It neglects the very real cultural, legal, and economic power that consumers can exercise over the circumstances of their lives, even – especially – if they are disempowered as citizens. We need to rein in the citizen/consumer diad, not to argue for a heroic market model along Rupert Murdoch lines, but to point out that it has roots in a long history that needs re-examination, and to face the fact that avoidance of commercialism via public funding will not always produce inclusive, representational, empowering media any more than the mere presence of commercialism will subvert all public sphere-building activities – and that neither can avert the intervention of the state. It’s much more complicated than that. But we cannot begin to think it through using concepts that conceal more shady assumptions than they provide enlightenment.

Notes
Michele Hilmes, “Who We Are, Who We Are Not: Battle of the Global Paradigms,” in Planet Television. Lisa Parks and Shanti Kumar, eds. New York UP, 2003.
Philip Elliott, “Intellectuals, the “information society,’ and the disappearance of the public sphere,” Media, Culture, and Society 4 (1982): 244.
Graham Murdock, “Television and citizenship: In defence of public broadcasting,” in Consumption, Identity, and Style: Marketing, meanings, and the packaging of pleasure, ed. Alan Tomlinson. London: Routledge, 1990. 99.
Duncan H. Brown, “Citizens or Consumers: U.S. Reactions to the European Communitiy’s Directive on Television,” Critical Studies in Mass Communication 8 (1994): 1-12.
Justin Lewis, “Citizens and Consumers,” in The Television History Book ed. Michele Hilmes. London: BFI, 2003.