Left Behind: Discourses of Legitimation and MTV’s Scream: The TV Series
Hannah Wold / University of Texas at Austin

August 3, 2022 Hannah Wold / University of Texas at Austin One comment 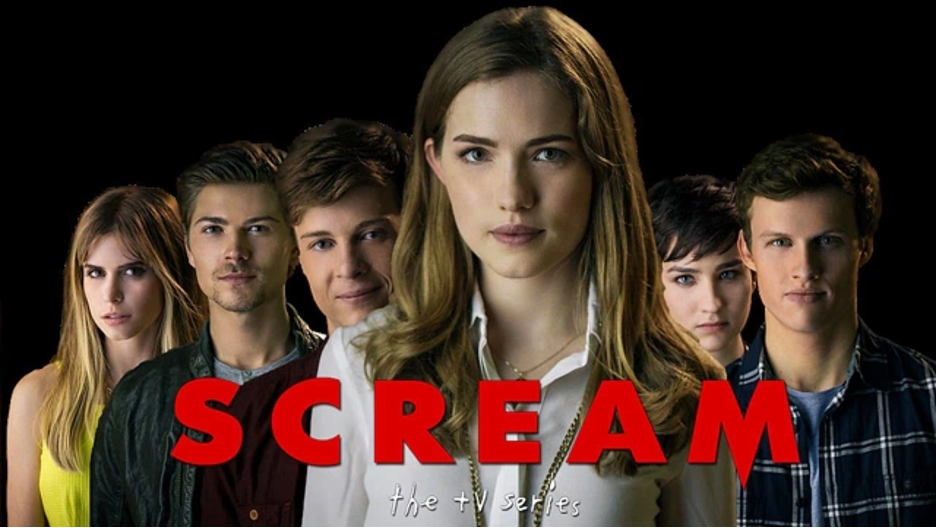 Promotional poster for the first season of MTV’s Scream: The TV Series.

Stacey Abbot and Lorna Jowett have observed that “television is ideally suited for horror because it is still perceived as an object of horror,” so when MTV premiered Scream: The Series (MTV, 2015-2019) in 2015, critics were eager to offer their feedback for the serialized entry into the Scream franchise (quoted in Belau and Jackson xiv). The series premiered at a time when the cultural conception of the horror genre was shifting, as the films and series of directors like Jordan Peele, Ari Aster, and Mike Flanagan and distributor A24 were breaking away from the disdain traditionally assigned to horror fare. Unfortunately for MTV, critics were pointedly reluctant to extend the genre’s newfound cultural distinction to Scream: The TV Series. Interestingly, their invocation of discourses centered on the series’ intended youth audiences mirrored those that have historically relegated horror texts to bad object status, reflecting larger processes of legitimation and genre formation.

Elements of the horror genre have been present in broadcast media since the birth of radio, but Mark Jancovich locates the first television program predicated on horror in the 1955 premiere of Alfred Hitchcock Presents. Crucially, the producers of the show were careful to avoid the generic label of horror as they navigated the moral panic over comic book material that gripped mid-century America. In fact, horror content has been marketed under the guise of different genres throughout the history of television horror and audiences, marketing teams, and critics alike have taken up this blurred boundary, particularly when discussing shows aimed at a youth audience; as Jancovich notes, “horror depictions on TV are frequently re-classified into other genres; for example, Buffy the Vampire Slayer is often identified as ‘teen tv’ than as horror” (Belau et al. 33). By the time Scream: The Series premiered, MTV had already captured a dedicated audience for scripted series utilizing horror tropes through programs such as Teen Wolf (MTV, 2011-2017) and eagerly positioned Scream: The Series within its brand predicated upon “the spectacularizing of youth identity” (Klein 91).

This May 2015 trailer announced the premiere of Scream: The Series and ushered it into the MTV brand by introducing the new Scream characters into a house of MTV series favorites who had already become victims of the show’s slasher.

The series itself was plagued with a rocky production history, mixed critical reception, and a revolving door of showrunners, a situation that deteriorated during the corporate overhaul of The Weinstein Company properties following the 2017 #MeToo movement (Jeffrey). Fascinatingly, few of the reviewers cited this fraught production history as culpable for what they identified as the failures of the series, preferring instead to place the blame squarely on MTV’s constructed youth audience. In almost all reviews, the implication of the youth audience was positioned as a detractor to the legacy of an otherwise sophisticated franchise. Taken holistically, these publications point to a conception of the youth slasher audience that is both the driver and the victim of the subgenre, culpable for its excesses and worthy of disdain yet also requiring protection from its subject matter.

The youthful MTV brand was identified as a site for performative derision across the critical landscape. In a review that points to the series’ surprising effectiveness, one author cushions her praise: “It’s that most dreaded of things, a reboot of a beloved franchise, and it’s also a teen slasher television series on MTV. Your skepticism is noted,” (Borders). Another observed that “I haven’t had much use for MTV since 1995 or so, but I must say: I am charmed by their curious commitment to slasher material,” (Collins). Thus, any success that the series achieves must be moderated by the stain imagined by MTV’s involvement, accomplished despite the teenagers it caters to. This assumption resurrects itself in discussions of the auteurism associated with the films but not the series. Youth audiences are construed as unaware and uncaring that late director Wes Craven and screenwriter Kevin Williamson were not involved; they are imagined as naïve to the profit-grab that the absence of the franchise forefathers suggests to the reviewers, whose sophistication is implied by contrast. While the validity of these assumptions about the MTV audience is up for debate, the rhetorical approach of the reviews unilaterally denies their discursively constructed youth television audience the savvy, taste, and agency frequently attributed to the constructed audiences of horror films that have lately been elevated in legitimation discourses. 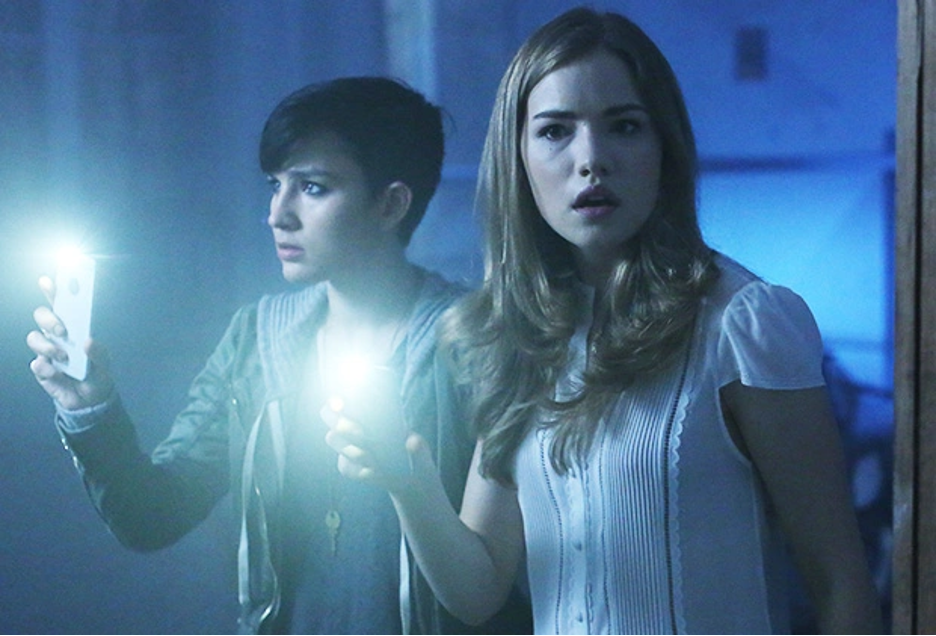 The teen cast of MTV’s Scream: The TV Series use their phones for flashlights in just one of the technological updates in the series aimed at a youth audience.

Reviewers moved quickly from the MTV brand to the youth audience it seeks, noting that the “references are now updated for the teens watching it, and for those of us in our 30’s who are familiar with modern teen fare,” (Genzlinger). Almost all reviewers espouse MTV’s constructed audience, failing to problematize the polysemic realities of viewership in a stance that supports their efforts to distance the series from the legitimation granted to the original film franchise. Reviewers were quick to follow their identification of the show’s youth audience with attempts to distance themselves from this constructed body of viewers. One reviewer’s disdain for this imagined demographic is palpable when he observes that he assumed the series would “be of no interest to me, who considers the first two films to be among the top 20 slasher films of all time and thus would be harder to please than the average person in MTV’s demographic,” (Collins). MTV’s constructed youth demographic is thus implied to be uninitiated and uneducated, easy to please and therefore unable to discern the inevitable pitfalls of programming created for their generation.

Similarly, articles tended to assume that (young) audiences would be unfamiliar with the source materials. For example, in referencing the quick death of Bella Thorne that parallels Drew Barrymore’s rapid demise in the original film, one reviewer notes that this move was “sure to surprise the younger set familiar with Thorne but not Scream,” (Ferguson). In this way, although many reviewers self-identify as fans of the films and indicate that their interest in the show stems from their love of the franchise, they immediately preclude young viewers from the insider status that they award themselves. The audience as a body (and not the reviewers as individuals) must derive any pleasure from the show from a naïve and uncomplicated perspective, thus undermining any claims to quality that the Scream: The TV Series could attempt. The irony of this prejudice is clear when one of the more scornful reviews noted that, “I’m as surprised as you are that the show was as enjoyable as it was,” (Collins). 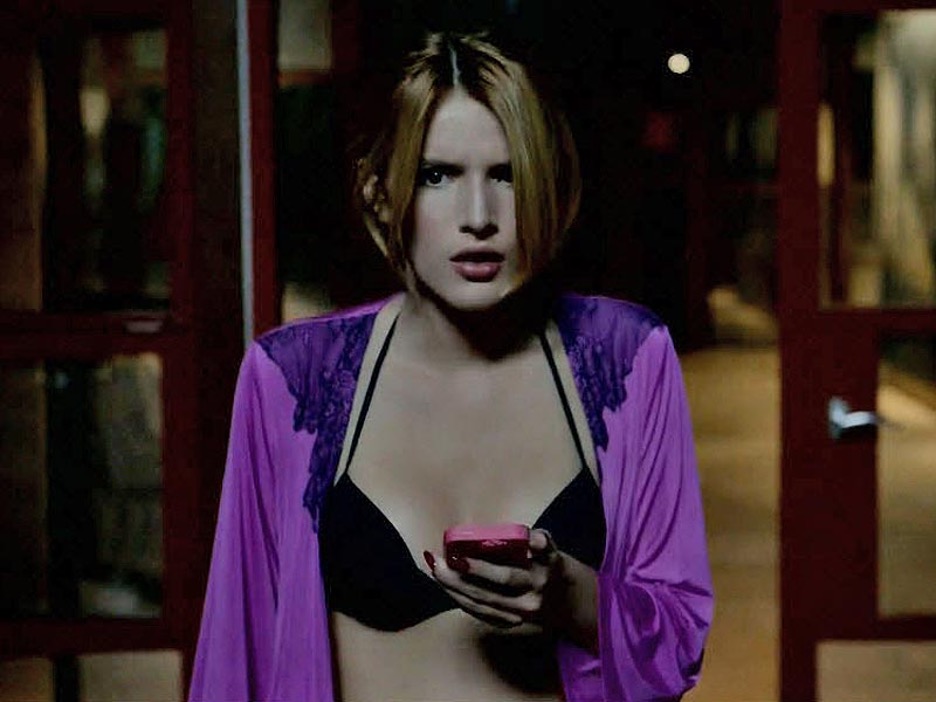 Bella Thorne opens Scream: The TV Series as an early victim of the masked killer in an homage to Drew Barrymore’s famous cameo in the first Scream film.

Thus, pleasure, quality, and audience perception are in frequent tension throughout the reviews of Scream: The TV Series, as reviewers take aim at a youth audience that is culpable for the series’ excesses and failures while simultaneously too uninitiated to share in its successes. Ironically, in their rush to perform boundary maintenance in favor of the legitimated original franchise, they resurrect discourses similar to those that have historically been leveled against a constructed youth horror audience. This is perhaps best illustrated in the fact that original Scream screenwriter Kevin Williamson, invoked throughout the reviews in legitimating discourses of auteurism, had originally worked in the exploitation genre with Roger Corman, a subgenre that laid the groundwork for the slasher genre that was frequently denigrated for its youth-oriented content. This dynamic perhaps points to the cycles of denigration, reclamation, and legitimation inherent to the discursive construction of the horror genre more holistically and certainly in regards to the Scream franchise. It seems that, while horror film and television may rise through the ranks of legitimized texts, some remain weighted down by the cultural conception of their structures, modes of distribution, and audiences.