Watching Woke: An Exercise in Restraining Our Burden of Representation
Laura Irwin and Ralina L. Joseph / University of Washington 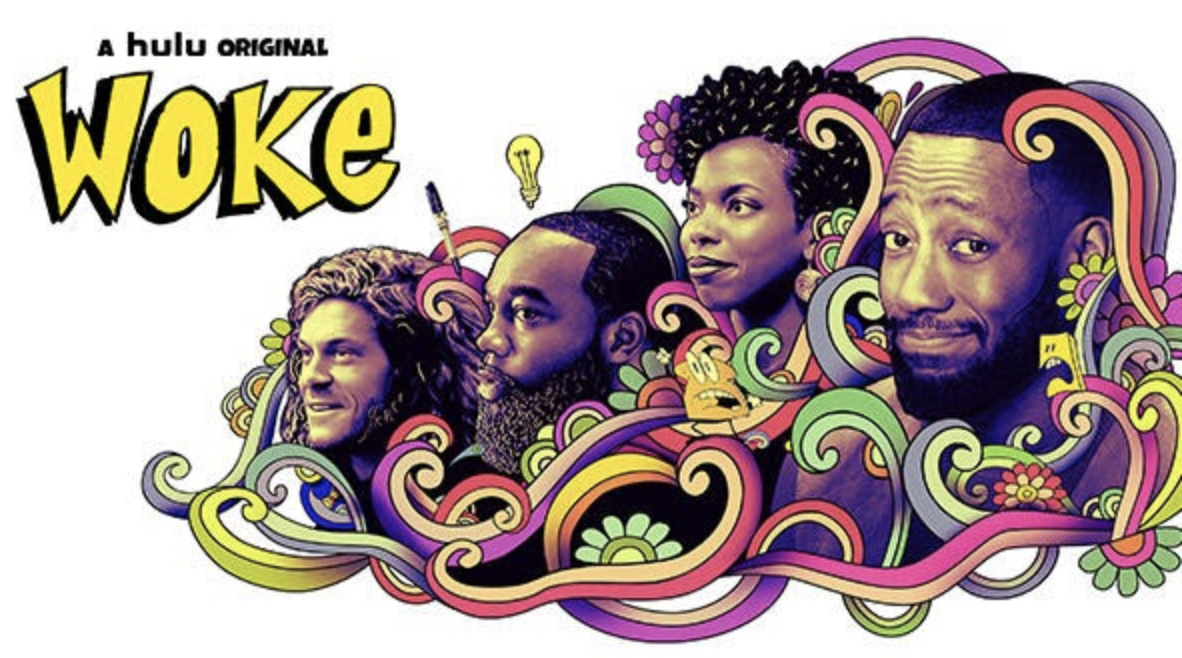 Part one of this Flow series argued that the United States’s national racial reckoning illuminates the ways in which “activism” and “performative activism” are not easily separable into convenient binaristic spheres. Instead, this moment invites in a middle space to reconcile the paradox where, as Moultrie and Joseph argue, “in one context, the male Black body is admired, even fetishized. In the other, the same body is vilified and justified as threatening.”[1] Just as this paradox happens in spaces such as the NBA, it also occurs throughout the history of Black representation in television. Our Black television prestige moment has gifted us with a surfeit of nuanced Black male representations, from Donald Glover’s trio of distinct main characters in Atlanta (FX, 2016-present) to the romantic partners who serve as far more than foils in Issa Rae’s Insecure (HBO, 2016-present), to the grounding multigenerational figures in Ava Duvernay’s Queen Sugar (OWN, 2016-present). In short, we’ve been spoiled by seeing many ways in which the paradox of Black masculinity has been rectified by images of complex, fully-developed, almost real-seeming Black men on TV: Glover, Rae, Duvernay, and others have raised the bar.

On the surface, it seems as though Maurice Marable’s new dramedy Woke (2020-present) might provide such complexity. Woke tells the tale of a Black cartoonist, Keef Knight, played by Lamorne Morris of New Girl (Fox, 2011-2018), who “wakes up” from his assimilationist art when he becomes the victim of police brutality. The audience might assume that a show that boasts such a title would say something truly controversial, something that would really “shake up” staid notions of Black masculinity or race itself. However, the show falls flat, succumbing to the burden of representation. For example, in one scene where Keef first encounters prototypical personification of “wokeness,” Ayana (who is underscored in every scene she’s in as a tv sitcom version of a Black, feminist, lesbian character) pushes him in this fashion:

Ayana: “We’re looking for controversial artists who are confronting the shitstorm of race and class and –

Keef: “Yea but I’m not controversial.”

Keef: “Why is it that as people of color we’re always having to stand for something or… you know, say something in our work, you know? I’m just a cartoonist.”

Ayana: “Because the world’s a racist, fucked up place.” 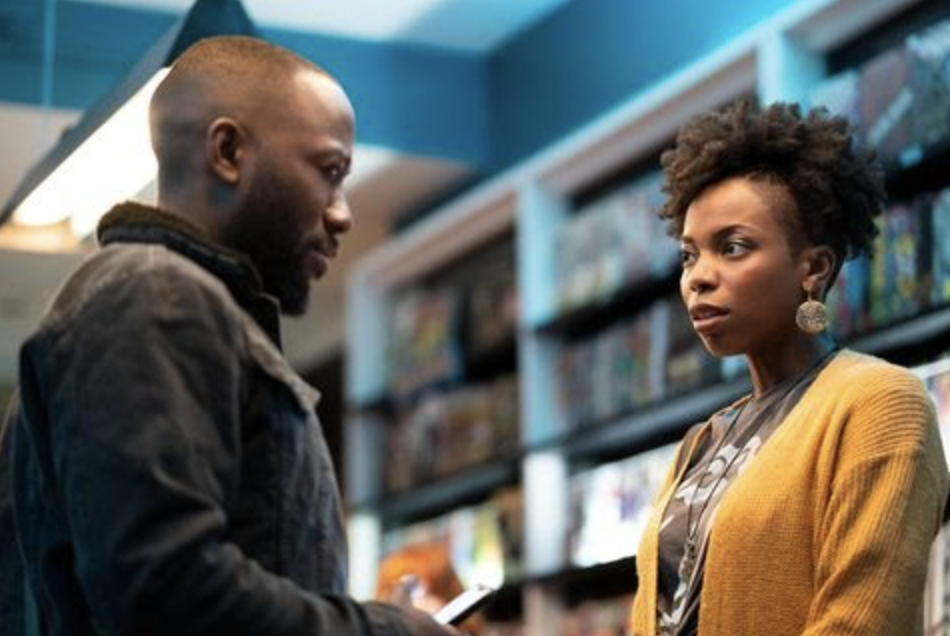 Scene from Woke: Ayana and Keef meet, and Ayana calls his cartoons “controversial”

This discussion does two things: a) exemplifies an internal conflict experienced by Black artists (such as the creator of the show) and b) opens the show to reflect on its own role as a Black quasi-sitcom and, by essence of being Black, the responsibility it is assigned. In this piece, we will engage this discussion by employing the theory of the burden of representation as it relates to Black arts, in this case, Black TV. We unpack this burden by moving between television, Black arts, and a sitcom with Black artistic characters. Both the show and it’s content are included in Black arts and merit a combined analysis due to its meta discussion on the burden of Black artists both in and outside of the show.

Black British art historian Kobena Mercer describes the phenomena of the ‘burden of representation’ in his classic 1990 essay. After attending an Afro-Asian art exhibit, Mercer notices that much of the criticism against the exhibit had nothing to do with the actual art or content of the exhibition; instead, it was focused on what art was included or excluded from the exhibit. Mercer found that such an emphasis on curatorial principles of the exhibit reflected the overwhelming pressure that, “a single exhibition had to ‘stand for’ the totality of everything that could fall within the category of black art.”[2] The burden of representation resides in historic exclusion. Such historic exclusion results in, again, in Mercer’s words, “artists positioned in the margins of institutional spaces of cultural production [being] burdened with the impossible role of speaking as ‘representatives’ in the sense that they are expected to ‘speak for’ the black communities from which they come.”[3] Marginalization creates heightened expectations which are placed solely on the shoulders of Black artists. Black artists can’t simply create art. They must create “Black art.” And the question of who or what constitutes “Black art” is, perhaps, as open a question as what Blackness itself is. A white artist can create any art with any degree of complexity. But a Black artist must create a singular image of “Black arts.” For instance, New Girl is allowed to be a mediocre sitcom that exists as a singular representation of largely colorblind, millennial roommate antics. New Girl can also get away with one episode out of five seasons that addresses race (i.e., the “very special” race episode). But Woke isn’t afforded the same grace, in terms of either its mediocrity, or its facility with race. 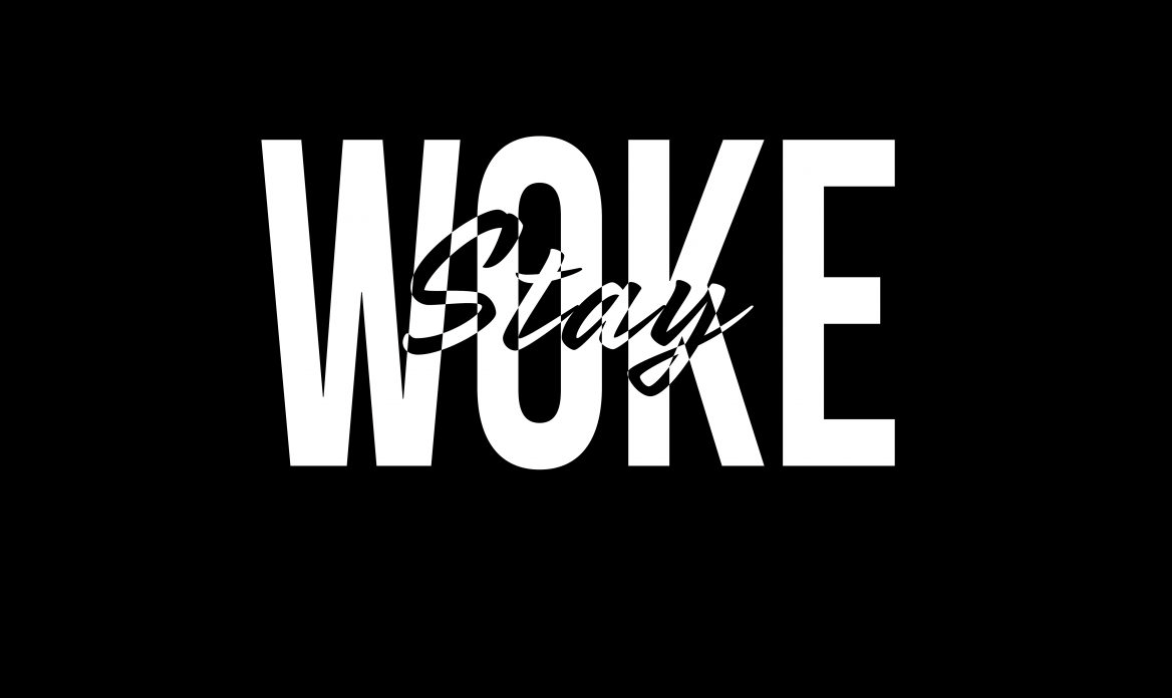 By taking on the title “Woke,” an increasingly mainstream term referring to having greater social awareness of racial and societal injustice, the show both internalizes and rejects the burden of representation.

Nearly 20 years later, Mercer’s arguments ring true when watching Woke. The show both internalizes and rejects the burden first by taking on the title ‘woke’ and second by representing a simple, one-dimensional depiction of a Black man and his ‘awakening.’ Audiences accustomed to consuming representations of Black televisual characters with greater nuance, are left both dissatisfied and confused by the juxtaposition of such a powerful, proclaiming title against such a modest plotline and flat characters. However, maybe that expectation is simply unfair. Watching Woke with the concept of the burden of representation in mind, instead, leads us to wonder, who maintains the expectations that fall on the shoulders of Black artists? Is it the institutional gatekeepers who only accept Black artists that will represent the entirety of “the community” or present assimilationist ideals? Do studios assume the audience (undifferentiated Black, non-Black POC, white, other?) will praise anything and everything created by the Black artist simply because of their race? Is it Black artists themselves (and, in the process, the audience) who play the game of strategic ambiguity all to get their foot in the door?[4] We grapple with these questions because they impact how we appreciate Black artists and what we expect from Black arts. The burden of representation inhibits us from being able to constructively critique or appreciate a variety of Black arts and Black artists, and prevents us from seeing them in their own terms.

If Woke had aired before George Floyd’s murder and the resurgence of the #BlackLivesMatter movement, many audiences may have watched it with a different set of expectations. Some audiences might have been more lenient or appreciated the sitcom-esque humor. But, because it aired after Floyd’s murder and an elevated awareness of #BlackLivesMatter, different audiences are watching it with a heightened racial consciousness, and for different reasons. For example, perhaps for white audiences who have encountered the realities of anti-Black violence for the first time with the murder of George Floyd, Woke‘s timid engagement is sufficient. However, for Black and other BIPOC audiences who intimately understand the violent history of this murder as only an echo in hundreds of years of similar violence, Woke is harder to stomach. We need Black television for different reasons, but our critique and praise of Black TV needs to be rooted in the context. Woke is not representative of all Black TV in the same way that Keef isn’t representative of all Black cartoonists. Neither of them claimed that responsibility. And yet as viewers we are often quick to place that responsibility on the representations we consume. We as the audience must recognize that there is room for non-woke Black TV, even bad Black TV, because one Black television show isn’t representative of all Black representations. All Black TV doesn’t need to be groundbreaking and satisfying, it can simply exist as one Black writer’s offering to the repertoire of Black arts, meaning we can get to a point where the Black artist is authentically themselves and their art speaks to their moment and their positionality without carrying the weight of their community. Accordingly, we, as audiences, need to fight our disproportionate expectations, and sometimes, as in the case of Woke, our disappointment.

Yet, the reality is that, minoritized audiences may always be looking for something to be fulfilled, looking for parts of who we are to appear on the screen. We are still in search of what Black media scholar Beretta Smith-Shomade writes of in her classic text on Black women audiences, our “mirror moments.”[5] This show feels like it has the potential – in title and topic – to carry the activist expectations of minoritized audiences. Yet there is a disconnect between the promise, the title, and the tepid content. Are we seeing the results of a major streaming service tailoring the title of a show to fit the buzzword of the moment, “woke”? If this show had been called The New Cartoonist or The Awkward Adventures of Keef Knight would we, as Black audiences, have been positioned to view a schlocky sitcom (and then perhaps not have tuned in)? Because of the timing of this show, audiences like us might read it with a side eye in the same way that many Black audiences read Netflix’s BLM Representation Collection or #BlackLivesMatter brand responses. As Ruha Benjamin writes, we know you are gracelessly courting us, and you’re not doing it very artfully.[6]

Critical Black audiences understand that the paradox that is Woke lies in the burden of representation and heightened expectations for Black arts. At the same time, what we’ve been grappling with in this piece is that this phenomenon may be less of a paradox and more of a dialectic, where we as audiences push back and forth in a conversation with artists and institutions to combat the burden of representation while also addressing our heightened expectations. Even as we’re writing this piece, we are engaged in this dialectic: we’re fighting for the existence of tepid, schlocky Black TV even if we’re probably not going to watch a second season. Our work toward reconciling bad Black TV with the burden of representation begins with recognizing our historical moment and how Black artists are mired with balancing the weight of representation while also speaking their truth. If we remove the weight of representation, the load becomes much lighter and easier for all of us to carry.