Still from Bandersnatch showing two different actions viewers may choose for the character to take.

Internet-distributed television services have recently begun incorporating interactive elements into programs like Netflix’s Black Mirror: Bandersnatch (2018) and Bear Grylls’ You Vs. Wild (2019) which allow viewers to choose what actions characters take. Because these interactive choices shape what narrative is told, audiences of the same program may consume and interpret drastically different content. So, what happens to audiences’ ability to share ideological interpretations of texts when individuals’ experiences with the narrative of the texts differ? If there is not a singular “canonical” narrative for fans to consume and interpret?

Television studies scholars Horace Newcomb and Paul Hirsch argued that television programs serve as a cultural forum, where television programs bring up cultural topics and audiences serve as interpretive communities who personally respond to the issues being discussed.[1] They note that in an episode of Father Knows Best (CBS, 1954–1960) the daughter’s decision to become an engineer raises questions about women’s roles in society regardless of how the producers end that storyline (the daughter accepts a “traditional” gender role in the domestic space of the house at the end of the episode). They argued that “the raising of questions is as important as the answering of them” in television because they allow the space for audiences to respond through their own beliefs.[2] Newcomb and Hirsch argued, as did Stuart Hall, that all media texts are both encoded with messages by producers and decoded by audiences, who, to put it simply, may agree, disagree, or negotiate with a shows’ authors’ intended meaning.[3] Audiences’ ability to read shows differently than producers’ intended (be it through queer, racial, feminist, or any other interpretive lens) plays a formative element in the ideological messages circulated through media. Thus, the types of issues producers bring up within texts create opportunities for interpretation of texts regardless of the producers’ formalist answer to the issue.

This theorization of television as a cultural forum relies on audiences seeing the same formalist elements of a program though. Audiences may answer the questions a show raises differently, but the questions remain the same. With interactive television programs, the questions raised through the narrative may differ for individual viewers because their formalist choices will affect what narrative they see. Thus, the meanings audiences take away from interactive television may shift based on the types of questions asked within the program they choose to see through their interactions.

Here with your very British update. Compared to the rest of the world, Brits were *less* likely to waste a good cup of tea (obviously).

I previously wrote about how interactive television shows, like Black Mirror: Bandersnatch, relate and differ from video games. In this essay, I argue that audience interpretation functions both within the text and in regard to the text in interactive television shows. Meaning, audiences’ cultural tastes and ideologies will inform both their decisions within the formally interactive elements of the show as well as the interpretive choices available to them in the questions the narrative raises.

When engaging with interactive television, audiences first interpret meaning through the formalist interactive elements of the show. Netflix’s Branch Manager system offers viewers two choices at a time that affect how the story continues (see the image below for a flowchart of the choices offered in Black Mirror: Bandersnatch). While audiences are free to select whichever interactive choice appeals to them most, these choices are shaped by their cultural tastes and their beliefs in how stories should unfold. As French sociologist Pierre Bourdieu notes, cultural tastes are shaped by people’s sociological circumstances.[4] Netflix reported data on their United Kingdom and Ireland Twitter that supports this, reporting that British people were less likely, when given the choice, to throw away and “waste a good cup of tea” in Black Mirror: Bandersnatch than the rest of the world.[5] While choosing whether the characters should or should not throw a cup of tea might not be the most important decision when considering a show’s meaning, it does highlight how tastes shape the narratives people choose to follow in interactive television. Importantly then, people’s cultural tastes may impact the range of questions they will encounter through interactive texts. 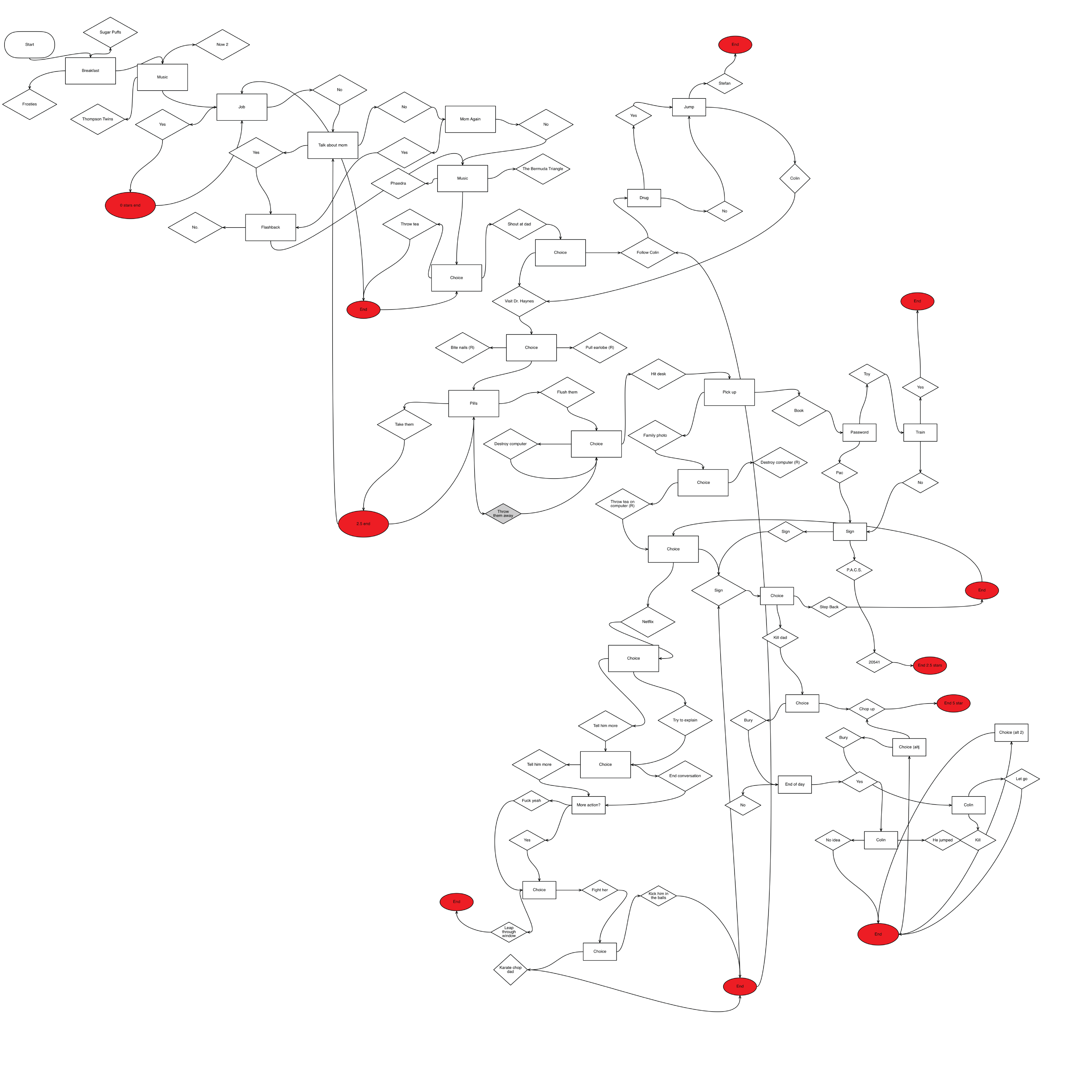 The continual process of 1.) people selecting narrative options filtered through their personal tastes and 2.) responding to the questions the narrative they selected offers mirrors the concept of the algorithmic filter bubble, where people interact with information they prefer and then see more of that content based on their previous interactions.[6] Thus, while interactive television still raises questions that offer a cultural forum to take place, the types of questions people encounter may already be filtered through cultural lenses they adhere to. So, the narratives people see and their interpretations of the programs’ messages in interactive television may be more personalized for specific interpretations than programs that offer a singular narrative for audiences to decode.