Joaquin Phoenix’s turn as unemployed clown/aspiring comedian-turned-murderer in Joker (Todd Phillips, 2019) has been widely lauded as an awards season frontrunner and has just become the highest-grossing R-rated film of all time. Despite its polarized reception, the film’s champions and detractors both frequently agree that Phoenix’s performance is Joker’s most notable—in some cases, its only redeeming—feature.[1] This shared sensibility among otherwise divergent readings points to a latent understanding of screen performance that is mobilized, but not interrogated, in the language used to describe his portrayal of Arthur Fleck/Joker. What can we glean from such consensus? What can it tell us about Phoenix’s acting, and about our understanding of screen performance writ large? By way of an answer, I offer potential lessons we can glean from probing cultural productions related to—but outside of—the film. In these texts, I suggest, we can see Phoenix’s turn in Joker framed to both emphasize his substantial weight loss and conflate it with great acting. Consciously or unconsciously, I follow, these same discourses entangle Phoenix’s received performance with long-entrenched popular cultural understandings of “Method” acting connecting his perceived work in Joker to his other screen labor, to other Jokers, and to the exclusive club of “Method” practitioners.

Despite concerns about audiences’ premature reactions to Joker, the fact is that audience experiences of motion pictures have long been preceded and thus framed by texts emanating from studios, critics, viewers, and other constituencies. These “paratexts”[2]—texts that prepare us for other texts—constitute crucial parts of the interpretive landscape within which we make sense of cinema. By approaching Phoenix’s performance through the paratexts that shape popular reception, we become attuned to the various ways audiences are primed to ascribe disproportionate value to physical transformation as a barometer for exceptional acting. Examining a range of paratexts that include the film’s two trailers and its many reviews, an overwhelming emphasis on Phoenix’s emaciated body comes into focus, as does its correlation with prevailing understandings of so-called “Method” acting. 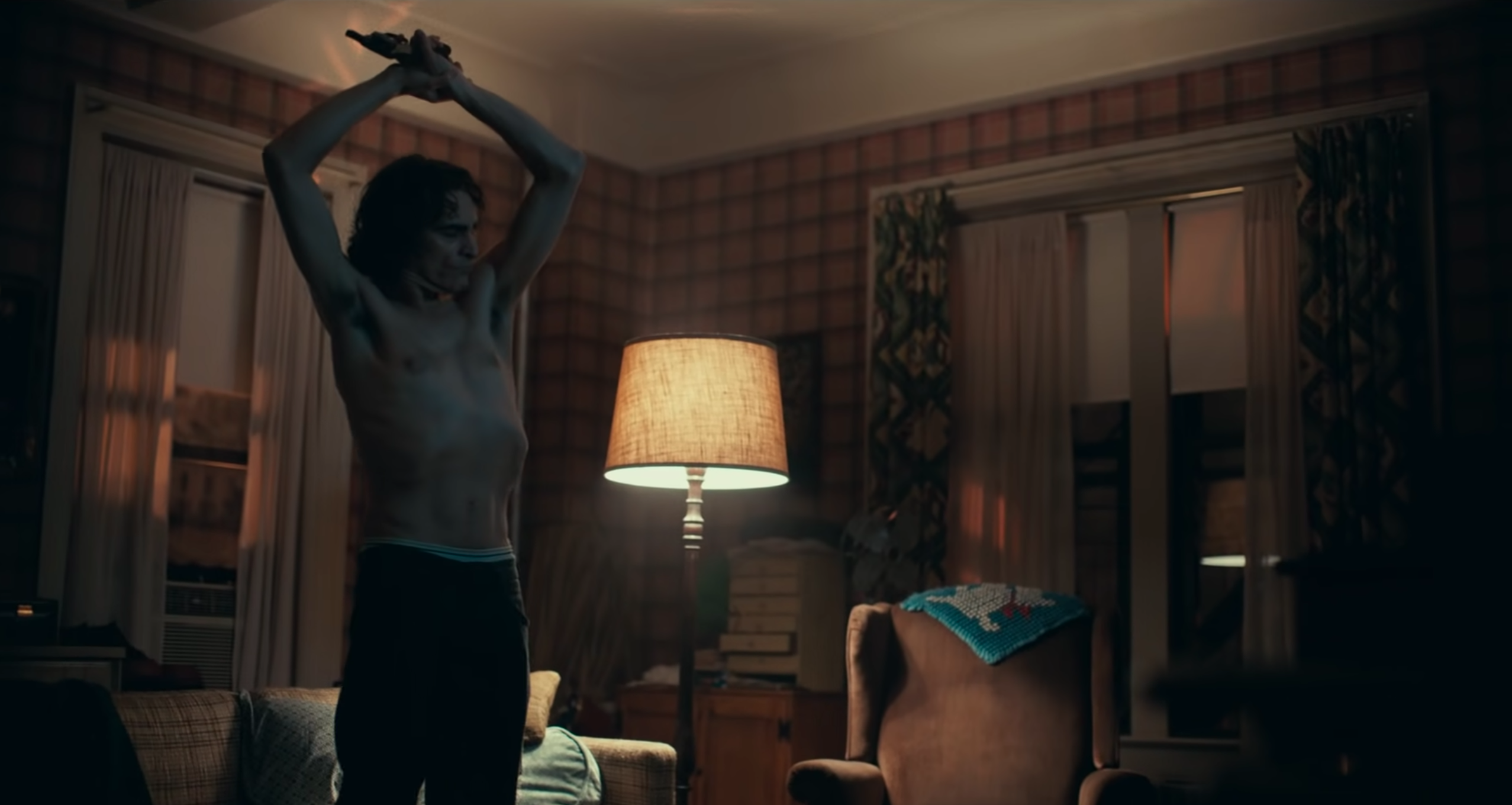 Fig. 1. Gun in hand, Arthur lifts his arms as his dances in Joker’s teaser trailer. Like many other moments in Joker’s two trailers and the film itself, the camera lingers on Fleck’s exposed torso and showcases the “strange concavities” made possible by Joaquin Phoenix’s reported 52 pound weight loss. This, and other language about the actor’s “transformation” for the part, have been fixtures in the paratexts orbiting the film.

Joker’s April 3, 2019 teaser trailer—likely audiences’ first exposure to Joker footage—insists on such focus early and often. Ten seconds in, the camera follows the hunched lead, Arthur Fleck, whose slight frame, loose-fitting clothing, and sluggish gait intimate the character’s diminished physical, mental, and social state. Two shots of the topless Phoenix soon follow, revealing his gauntness. The effect is heightened when, for the third time in forty seconds, Arthur’s exposed torso appears. Fleck’s voiceover, “Is it just me, or is it getting crazier out there?” accompanies the camera’s slow, foreboding approach toward Phoenix’s bare back. Bones push the skin to its breaking point as Arthur strains to stretch his leather clown shoes, producing a sound of twisting flesh that could just as easily be emanating from the man’s body. A later image of him dancing with arms stretched over his head (Fig. 1) again accentuates his skeletal physique, while glimpses of action (primarily running) juxtapose his earlier sluggishness with a flailing freneticism that—though fully clothed—nevertheless showcases the awkward angularity of Fleck’s frame. 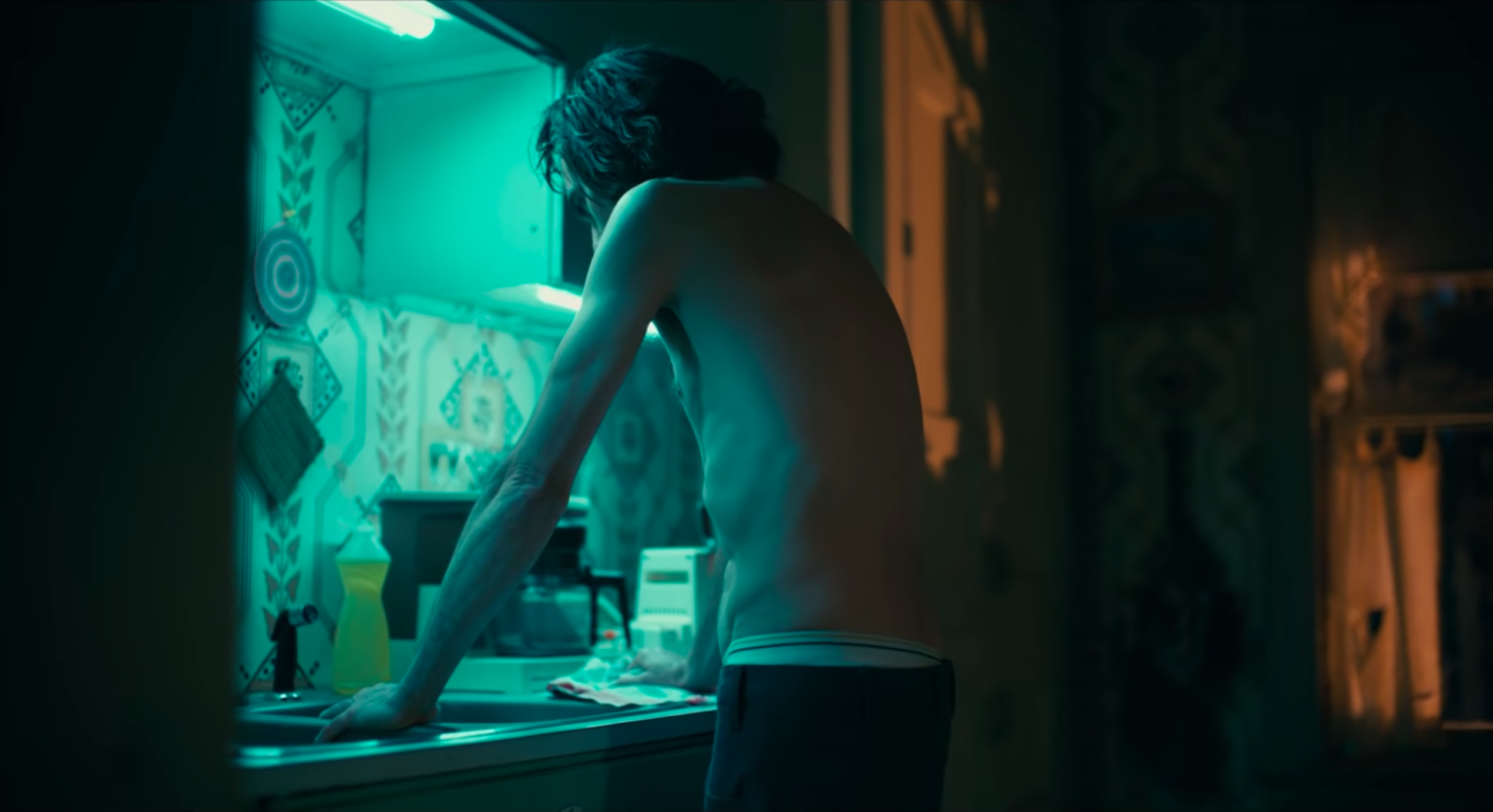 Fig. 2. Arthur’s shirtlessness continues in the film’s final trailer to showcase Phoenix’s skeletal transformation for the role, a recurring aesthetic of Joker and key facet of Phoenix’s paratextual performance.

The film’s August 28, 2019 final trailer sustains this emphasis, rehashing the shoe-stretching scene from a different angle while retaining its fixation on Phoenix’s wrenching and the audible sound of groaning flesh. Arthur stares into the kitchen sink as his protruding ribs catch the grim fluorescent light (Fig. 2). Soon after, his angular, sunken face reacts to the perceived treachery of late-night host Murray Franklin. Later still, another shirtless Fleck looks up from a hunched position, arms spread wide as if to call further attention to his wasted physique (Fig. 3). As with the first trailer, the final trailer (released on the verge of the film’s triumphant debut at the Venice Film Festival) paired the stark visualizations of Phoenix’s physical transformation with action shots that, even though clothed, further emphasized the centrality of his skeletal state to the character’s motion and psychology. 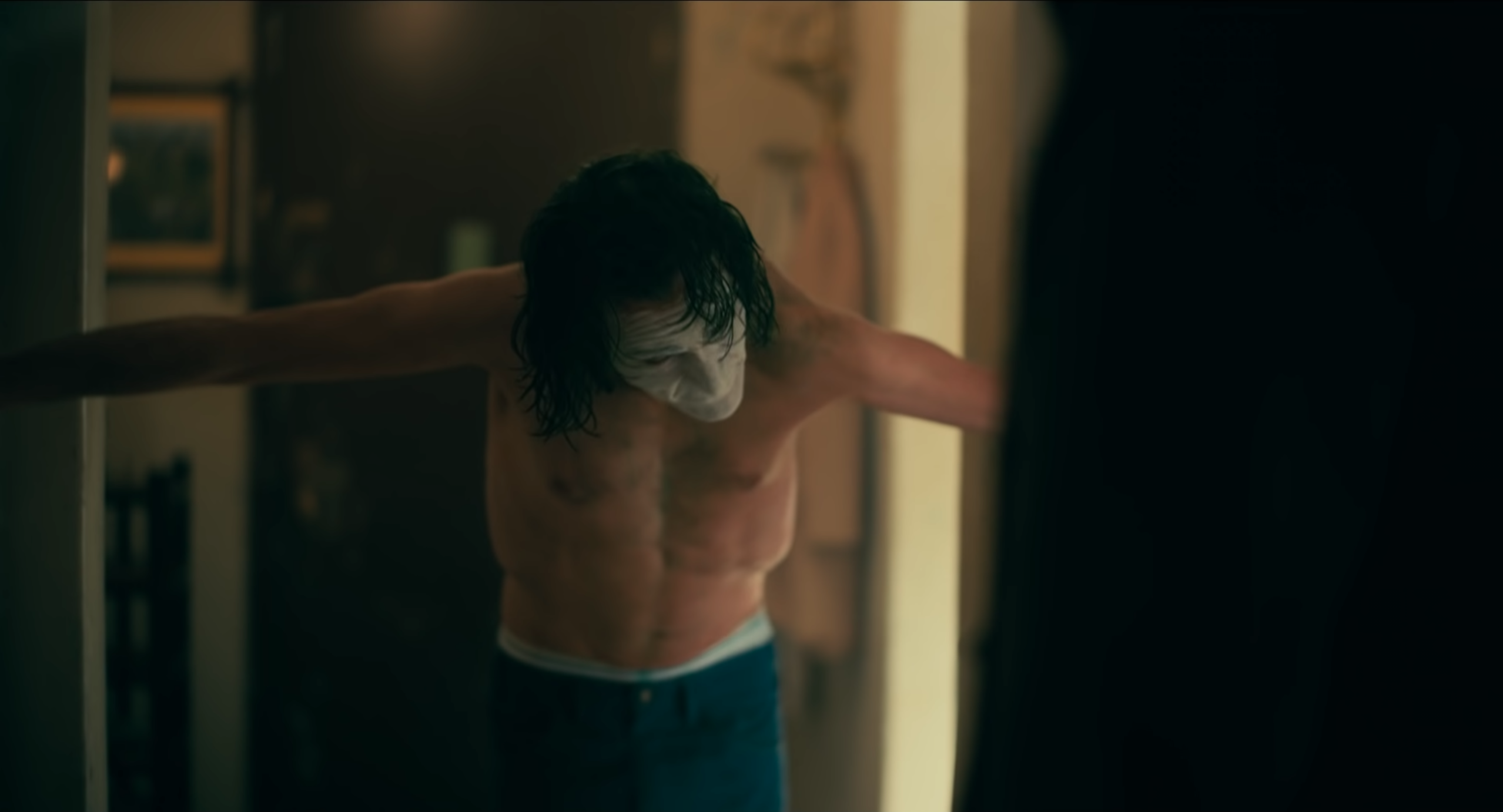 Fig. 3. In Joker’s final (second) trailer, Fleck/Phoenix looks up from a pose reminiscent of other similarly unnatural postures that figured prominently in the film and its paratexts. Paratexts suggested that these frequent moments underscored the extremity of both the character’s interiority and the actor’s performance style.

From select screenings in Venice and Toronto to its wide release, critical discourse surrounding Joker has devoted outsized attention to Phoenix’s weight loss, connected it to Fleck’s trauma and mental illness, and suggested it is indicative of the actor’s extraordinary performance style. Allusions to sacrifice, transformation, immersion, mutation, embodiment, commitment, and other superlatives even underwrite otherwise negative assessments of Joker, with Phoenix described as “a virtuosic actor destroying his body” to hold together a film with otherwise fatal shortcomings.[3] Such consistently exceptionalizing discourse has, perhaps unsurprisingly, led to widespread speculation about Phoenix’s award-worthiness distilled in the declaration that “you might as well start engraving his name on the Oscar right now.”[4]

Approaching Joker paratextually allows us to not only draw out these themes but also situate them within a broader constellation of discourses outside of the film itself. In the case of Joaquin Phoenix and Joker, the above-mentioned superlatives about his acting exist alongside other paratexts painting him as enigmatic, difficult, and idiosyncratic. Mercurial behavior, an on-set meltdown, and the sense of overall intensity surrounding the performer and his ascribed acting style collectively link Phoenix’s specific turn as Fleck/Joker to the actor’s earlier performances and his overall star image, as well as those of others explicitly and implicitly identified as “Method” practitioners. References to Heath Ledger and Jared Leto are expected given the character they all portrayed: the Clown Prince of Crime. These comparisons are also particularly loaded with popularly-received notions of “Method” acting. Ledger’s hyper-intensive absorption in his version of the character, which prompted rampant speculation that Method acting may have killed him, bears resemblance to Phoenix’s comparatively muted ferocity, while Leto’s transformation has become the subject of popular derision, an example of Method acting’s supposed excesses and self-importance that have been lampooned for decades.

Paratextually speaking, the “Method” acting attributed (explicitly and implicitly) to Phoenix, Leto, Ledger, and others is not inherent in the film performances themselves but instead emerges out of the interpretive landscapes that surround motion pictures and help us make sense of them. Over the course of decades, such circumstances have given rise to a prevailing understanding of “Method” acting adjacent to—but in other ways very different from—the actual techniques and philosophies of Method and Modern performance.[5] This Method-adjacent discourse—what I call Methodness—entangles Joaquin Phoenix’s sacrificial weight loss and his intensity, absorption, and inscrutability with the long-entrenched popular reception of Method acting that selectively confers award-worthy prestige. This provokes many additional questions concerning (among other things) how paratexts animate inclusive and exclusive hierarchies of performance, how they inform our priorities in historicizing performance, and what we consciously or unconsciously perpetuate when we continue to traffic in such shared language.