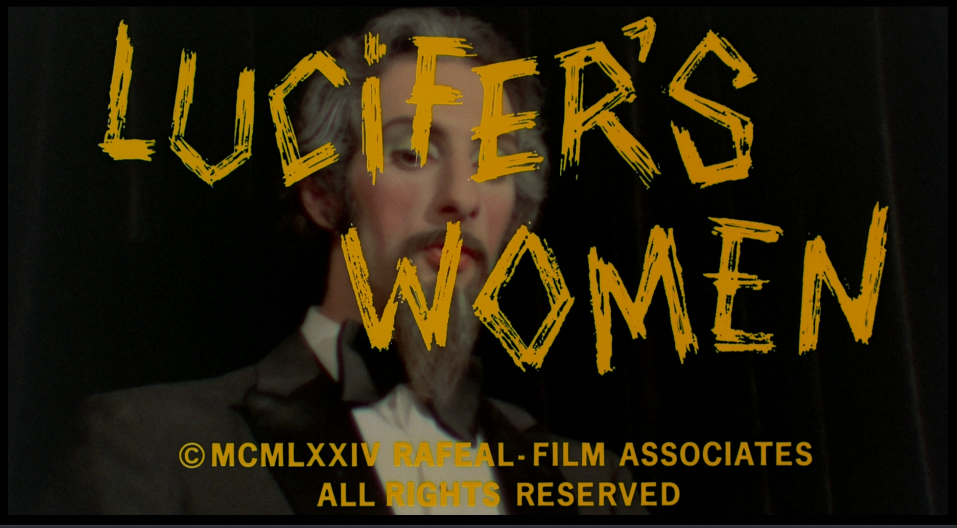 My latest obsession is an attempt in stitching together two threads of interests into one, trying to make sense of a particular cultural moment that, uncoincidentally, aligns with that of my young adulthood; that is, I’m trying to make sense of why I’ve been drawn to the sorts of cultural objects that I’ve been unable to shake from my viewing, reading, and listening preferences for the last 50 years or so (and I’ve been encouraged in this exploration by Kier-La Janisse’s profound, inspirational “Autobiographical Topography,” House of Psychotic Women, which examines horror and exploitation film through the lens of her own traumatic “personal trajectory”). [1]

As an adolescent stumbling into (theoretical) maturity, I was drawn to the fictional worlds of Midnight Movies, Psychotronic cinema, Robert Anton Wilson novels, monster movies, Trekkie fandom, and Cult; simultaneously, I was transfixed by the real-world news accounts of Charles Manson’s brainwashed murderous family, L Ron Hubbard’s sci-fi cosmology, UFO-theologies (like The Unarian Society, Heaven’s Gate, and the Raelians), Unification Church mass-marriages, dangerously crazed fans like Mark David Chapman and John Hinckley, Jr., Eckanar, EST, Rajneeshees, and many, many more fringy popular delusions. Perhaps, I’ve more recently been wondering, it’s not just the accident of the timing of my birth to have somehow plopped me in the swirling vortices of the rise of outre media appreciation and the explosion of new religions; what if there were some kind of nexus of events, taste, philosophies, and religious fervor that somehow mutually informed both sets of phenomena? What could be learned about the (my?) 1970s and ‘80s by focusing on “cult-cult” artifacts, those movies, series, records, and paperbacks that seemed to be both for and about cults and cultishness? 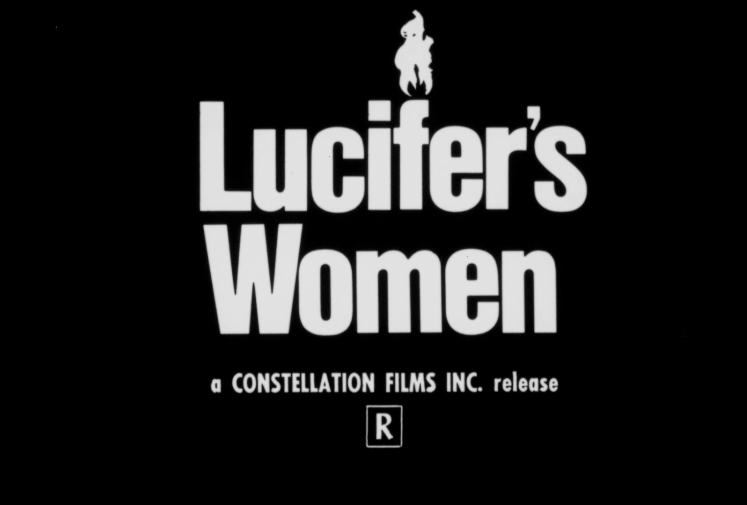 Once I started thinking about it, some obvious choices leapt out for inclusion in an imagined canon of cult-cult media: it was pretty easy to tick off the TV movies like Helter Skelter (Tom Gries, 1976) and Guyana Tragedy: The Story of Jim Jones (William A. Graham, 1980), Hollywood blockbusters that have cult followings, like Rosemary’s Baby (Roman Polanski, 1968) and The Exorcist (William Friedkin, 1973), and well-known midnight icons like The Rocky Horror Picture Show (Jim Sharman, 1975) and Beyond the Valley of the Dolls (Russ Meyer, 1970). But what of the tier of titles below these, those that might need a little excavation, re-discovery, and reappraisal—borrowing from the twin traditions of cult appreciation represented by Manny Farber and Parker Tyler—to bring back into consideration? Before long, after multiple sessions of chin-scratching, flipping through piles of old Psychotronic Video and Sewer Cinema back issues, late-night web-surfing, and conversations with fellow film and video nuts, I’d amassed a list of more than 230 candidates for the canon, stretching over a time-period bookended roughly by The Manson Family’s moving into the Spahn Ranch (itself a movie and TV shooting location, of course) in 1968 on the one hand and the televised press coverage of the McMartin Trial defendants’ acquittal, marking the end of (the first) wave of Satanic Ritual Abuse panics in 1990.

I’d started flagging titles for queuing on streaming services, and found many pretty accessible; scouring the internet for unauthorized copies of films yielded interesting results as well. I was relatively untroubled when I picked a few DVDs from the bones of the dying Blockbuster Video in Sandy, OR; I was considerably more melancholy lugging away the tens of movies I bought from Portland, Oregon’s beloved Clinton Street Video on the occasion of its three-week-long Going-Out-of-Business Sale. Having worked on programming and curating several streaming services, I know first hand how precarious and temporary their riches can be (FilmStruck, we hardly knew ye), and I’m glad to have hard copies of rare and precious (well, to me) series and movies stacked all over my office and TV room. [2]

While in Austin attending Fantastic Fest, the can’t-miss festival of extreme sci-fi, horror, and action filmmaking, and sister organization to the American Genre Film Archive, a non-profit dedicated to preserving and distributing obscure movies that make FF fans drool, I spent hours ogling the wares at the table for Vinegar Syndrome, a for-profit company with a similar mission, and dedicated to the home collector market. I’d visited VS online several times before, of course, but the visceral thrill of seeing so many of their rare and weird titles in one place ready for fondling, their custom slipcovers with specially commissioned new art work lying side-by-side and jostling for attention, was overwhelming. After several trips to the table and a brief chat with James Neurath, VS’s film restoration artist who also served double-duty manning the merch, about VS’s forays into streaming content, both as their own brand and as a supplier to other services, I found a movie I’d half-remembered from its crummy time-period runs on USA Network, thinking that it might be another example of cult-cult: the two-disc deluxe Blu-Ray edition of two films, Lucifer’s Women and Doctor Dracula, was mine. [3] 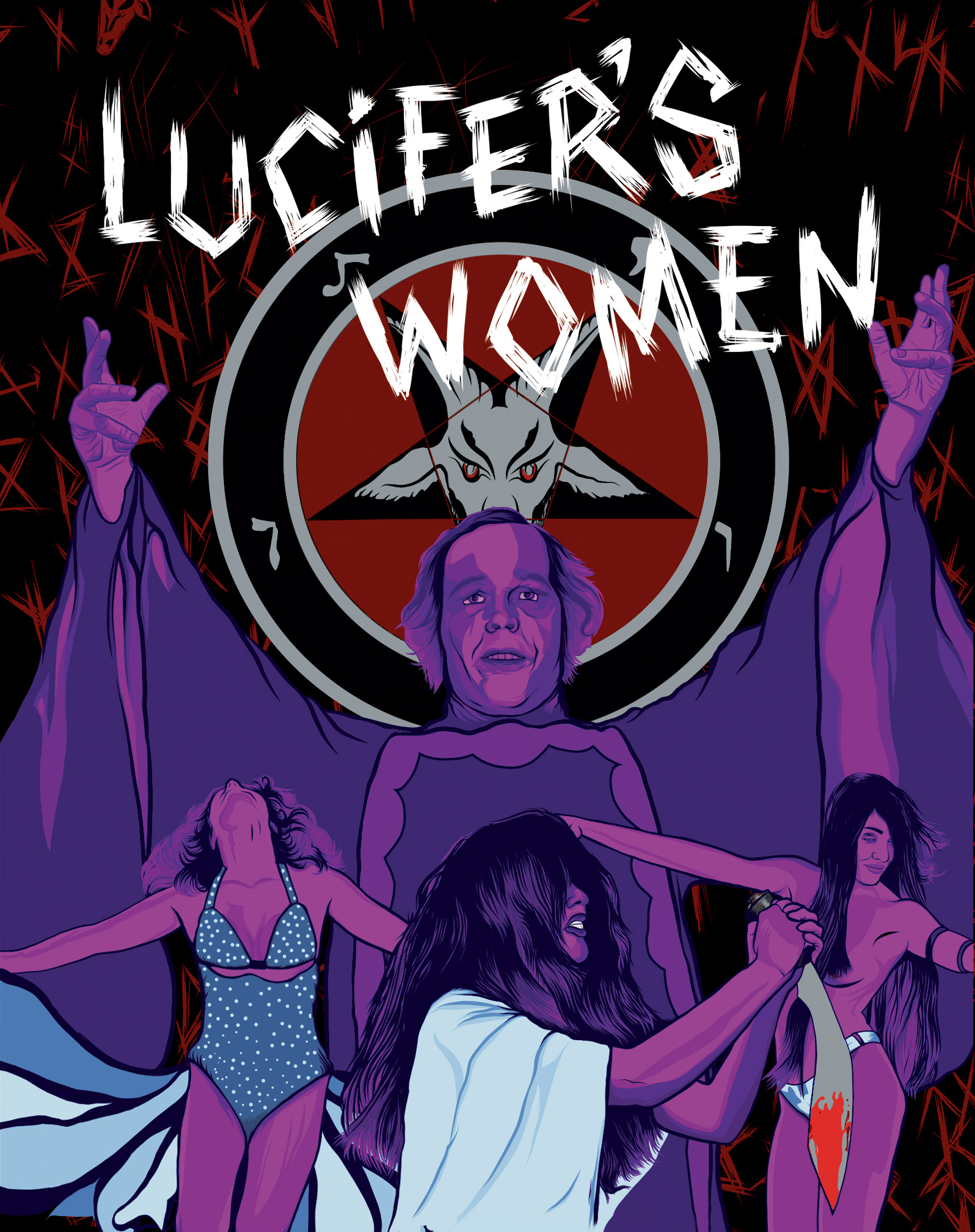 The DVD box-set is lovely. Illustrator Kevin Thomas’s slipcover art luridly arouses our curiosity with a rendered assemblage of the film’s most memorable moments; the clamshell includes two different labels for each of its two films, so that fans can choose which of the two movies to honor most. There are two discs, each with different artwork, to accommodate both DVD and Blu-Ray viewing; there’s a thoughtful essay by Samm Deighan, associate editor of macabre culture zine, Diabolique, an entertaining interview with star, Philip Toubus (better known as porn star and director Paul Thomas), and trailers for each of the films. And the movies themselves look fantastic; the 2k restoration based on a 35mm negative of Doctor Dracula in particular barely resembling the muddy prints I squinted through on cable TV. It’s a loving restoration and presentation, worthy of a studio release of a more reputable and celebrated film. 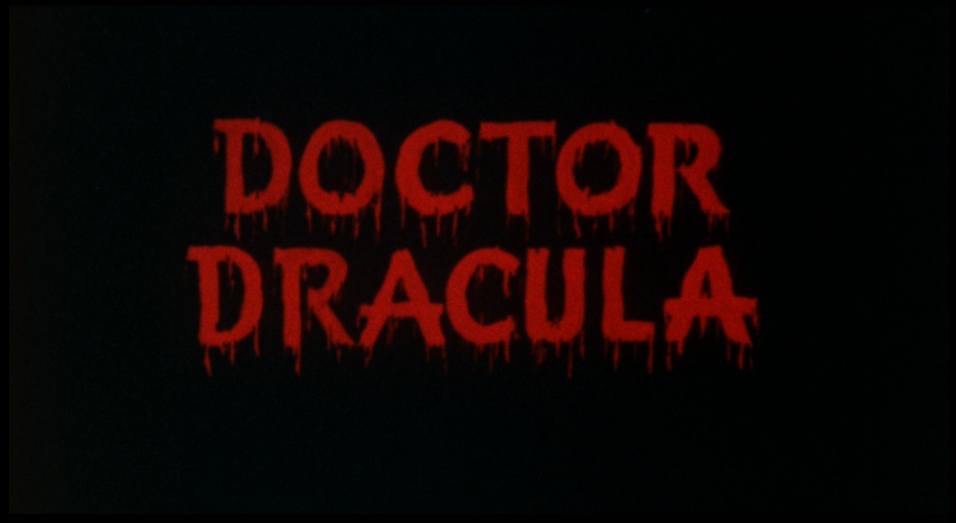 While I appreciate VS’s dedication to the preservation and distribution of its catalogue of gritty, previously unsung and unavailable independent filmmaking from the ‘60s and ‘70s, I simultaneously can’t help shaking the feeling that it’s also a canny kind of performance piece, an elaborate parody of the kind of fetishistic treatment that highbrow outfits like Criterion (to pick the most obvious example) might apply to Classics of World Cinema. It’s unclear to me if VS (along with AGFA, Severin Films, Arrow Films, Grindhouse Releasing, and others doing similarly heroic—or mock-heroic—work) are emulating, parodying, rejecting, or co-opting the idea of mainstream studio and conglomerate Collector’s Editions, but I suspect it’s some kind of playful combination of all of the above. And even though I’ve happily paid a premium for copies of movies I never thought I’d be able to see (let alone own or want to own), the irony of paying more for the Blu-Ray than the film originally might have cost to make isn’t lost on me either. [4] I’m also glad that VS and Something Weird, for two examples, make many of their titles available on streaming services (especially on free, ad-supported ones), so that audiences and prospective fans with less disposable income (or fanaticism) at their disposal can get their minds blown by these subversive discoveries too.

But what of the films Lucifer’s Women and Doctor Dracula, and their value as prospective cult-cult test cases? The trailer for Lucifer’s Women promises “minds controlled by an agonizing torment,” a tease for what’s to come in my upcoming articles.