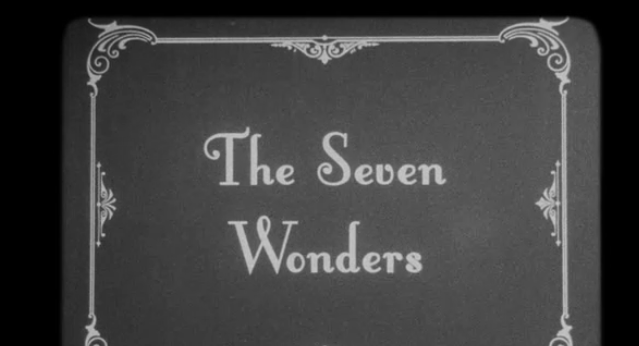 The acclaim drawn by recent high-quality TV series (such as HBO’s The Sopranos and The Wire and AMC’s Mad Men and Breaking Bad) has been due in large part to those series’ narrative complexity.1 Indeed, they have been hailed as the heirs to the long novel, achieving some of its cultural prestige. As one critic writes of what he calls “Arc TV,” it is “thick on character and dense in plot line,” as “exquisitely calibrated as the social matrix of a Henry James novel.”2 One series that has received significant critical praise, FX’s American Horror Story, progresses by entirely different means, however. As its third season, Coven, makes startlingly clear, American Horror Story is not terribly interested in sustained character development or intricate plotting. One characteristic review of Coven (even while it praises the show) admits that it “has never been more of a mess.”3 I want to argue here that American Horror Story doesn’t really care about narrative continuity but instead develops through what is best be called, borrowing from Tom Gunning, a series of loosely-linked “shocking attractions.”

Tom Gunning first described the “cinema of attractions” in an essay published in Wide Angle in 1986. During the early years of film, he argues, specifically before 1907, “[t]heatrical display dominates over narrative absorption, emphasizing the direct stimulation of shock or surprise at the expense of unfolding a story or creating a diegetic universe. The cinema of attractions,” Gunning continues, “expends little energy creating characters with psychological motivations or individual personality. Making use of both fictional and non-fictional attractions, its energy moves outward [towards] an unacknowledged spectator rather than inward towards the character-based situation essential to classical narrative.”4 Gunning made it clear that this cinematic mode did not vanish in 1907 but went “underground,” persisting in avant-garde practices and within certain types of more conventional narratives.5

Like the “cinema of attractions,” Coven is demonstrably uninterested in densely-woven narratives and psychologically-rich characters. Each episode inches forward, at best, in answering those questions that rather half-heartedly impel the narrative: Who will be the next “supreme”? What will become of the longstanding feud between the (mostly white) witches, led by Fiona Goode (Jessica Lange), and the African-American voodoo priestess Marie Laveau (Angela Bassett)? But as viewers struggle to care very much about such questions, and no doubt sometimes even forget about them altogether, the power of each episode comes instead from its spectacle. It is Coven’s “shocking attractions” that rivet its viewers. No one could claim that the two appearances of Stevie Nicks as “white witch” and acquaintance of Fiona Goode, singing “Rhiannon” and “Seven Wonders,” advanced the plot at all. Indeed, they manifestly stand as what Gunning calls “exhibitionist” moments, rupturing Coven’s self-enclosed diegesis, its illusion of realism. Explicitly acknowledging its debt to early film, and thus signaling that Gunning’s paradigm is a productive way to read the series, the episode “Go to Hell” actually begins as a silent film, with title cards describing the ritual of the “seven wonders” (by which the “supreme” is discovered, and which is itself a string of spectacles, played out in the last episode). This sequence highlights what has been a persistent strategy of Coven—its emphasis on what Gunning calls “a series of displays, of magical attractions” rather than on “narrative continuity.”6 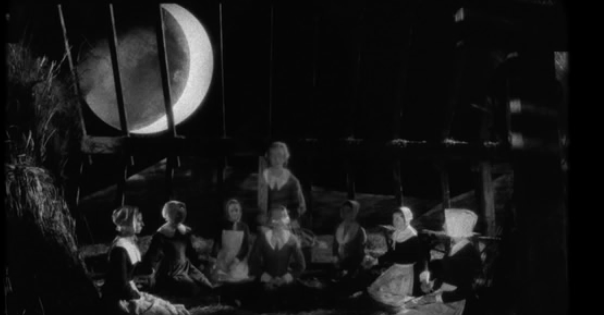 With the exception of Stevie Nicks’ cameos, almost all of Coven’s “exhibitions” are intended to disturb and disgust—hence my designation of the series’ predominant technique as one of stringing together “shocking attractions.”7 It would be difficult indeed to provide anything like a complete list of the shocking spectacles of Coven, but some memorable moments are the several scenes throughout the season in which Delphine LaLaurie (Kathy Bates) mutilates and tortures her slaves; her creation of the “minotaur”; the propensity of Zoe (Taissa Farmiga) to kill men by having sex with them; the (re) creation of Kyle (Evan Peters) by assembling various body-parts and re-animating them; the cutting out of Spalding’s (Denis O’Hare) tongue—and then its re-attachment; Myrtle’s (Frances Conroy) scooping out of two witches’ eyeballs with a melon-baller in order to bestow them upon Cordelia (Sarah Paulson), along with Cordelia’s subsequent self-blinding; and several burnings at the stake (including Myrtle burning twice).

As is clear from the above list, one particular focus of the “shocking attractions” of Coven is the taking apart (and sometimes the putting together) of the human body: the infamous “minotaur” which Delphine creates in the first episode from one of her slaves and a bull is a disturbing example of such dissassemblage and reassemblage of the human (and animal) body. The re-constitution of Kyle from his fraternity brothers’ body parts by Zoe and Madison (Emma Roberts) is another. This visual emphasis on dismantling the human body allegorizes precisely the way the show refuses narrative continuity and punctures the self-contained diegetic world, reveling instead in disassembling narrative through its disruptive “attractions.” Disintegration of the narrative, and its reintegration differently (as enacted in both the minotaur and Kyle), destroys any vestiges of conventional narrative integrity.

The assault that this narrative of “shocking attractions” launches on the wholeness of the body is paired with a similar violation of the integrity of the individual. Gunning argues that the “cinema of attractions” spends little energy creating “individual personality,” and the shocking attractions of Coven push the series into a veritable posthuman realm, one in which the boundaries of the “self” are thoroughly dissolved. This attack on the unified, singular self is evident not least in the witches’ powers, almost all of which challenge the very notion of such a self: Nan (Jamie Brewer) can read minds, for instance, and Queenie (Gabourey Sidibe) can mutilate another body simply by damaging her own. Minds and bodies are joined, are collectives—assemblages of “parts” or “powers” that are never the domain of one body or a single “self.” Like the narrative itself, subjectivity is composed of “shocking attractions” that surpass and pass through it, always breaching boundaries that once maintained the bounded, self-contained coherence of “self.”

Perhaps the most intriguing example of Coven’s radical intertwined “shocking” aesthetics and posthuman ontology is the episode “Head.” In this episode, Queenie has set herself the task of “educating” Delphine LaLaurie, whom she described in an earlier episode as an “immortal racist,” but with whom she seems to have been developing some sort of bond, a bond that appears mutual. Since Delphine has been beheaded by Marie Laveau, Queenie must target her program of education at the head, setting it on a table in front of the TV and forcing Delphine to watch Roots in its entirety. The gut-wrenching, tear-jerking miniseries leaves Delphine untouched, however, although Queenie’s next endeavor seems to work, as Delphine’s enforced watching of footage of a Civil Rights march to the accompaniment of a spiritual finally reduces the inveterate racist to tears. But the expected redemptive arc that Delphine seems to trace, a redemptive arc effected by salutary narrative, is stopped in its tracks when in a subsequent episode, we see her (again) torturing an African American man (the unfortunate gardener) and confessing her continued hatred of African Americans and her “scientific fascination for their body parts” (“Protect the Coven”).

When Spalding interrupts Delphine’s project of mutilation, he tells her not to apologize for what she’s doing, calling it an “art” that doesn’t need to be explained, only admired. This scene thus condenses Coven’s aesthetics, which is not about narrative continuity, not about the contained fictional world that draws viewers in and asks them to empathize with realistic characters (as in, say, Roots). Indeed, in the failure of Queenie’s program of moral education, American Horror Story offers a tongue-in-cheek refutation of the notion that coherent narrative and complex characters can elicit viewer empathy and thus effect some kind of progressive social change. In Coven, art is instead a series of linked and unapologetic spectacles of the ripped-apart body, demanding a subject who is perennially drawn to the grotesque fascinations of the “shocking attraction.” This kind of art refuses both character development and the progressive, linear, and redemptive plotline, along with the empathy and moral edification potentially immanent in both. In the end, Delphine LaLaurie remains fundamentally untouched and unchanged—condemned to eternal torture in hell, condemned to a life of shocking attractions. Such is the distinctly nihilistic vision of Coven.