In the Shadow of a Metaphor: The Vampire Diaries and Southern History
Janani Subramanian / University of Southern California 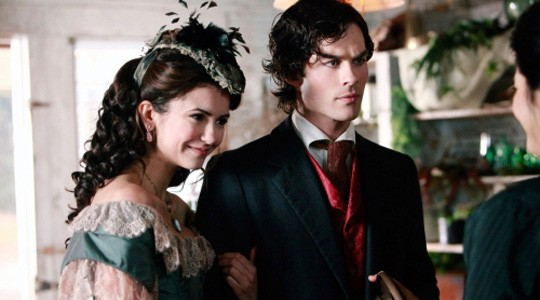 Vampiress Katherine and Damon in 1864

Vampires are ubiquitous in contemporary culture and appeal to a range of demographics. The Twilight craze appeals to young girls, tweens, and teenagers, while HBO’s True Blood tries to elevate the genre for adult audiences and quality television consumers. In the last seminar I taught about science fiction and horror, my students were eager to explain (and complain about) the different nuances of both; namely, that Twilight tweaks the vampire myth with some good old-fashioned Christian morality and that True Blood, in HBO fashion, continues in the generic tradition of the vampire narrative to hypersexualize the vampire’s monstrosity.

My students were appalled when I then owned up to watching (and enjoying) the CW’s recent series The Vampire Diaries. Yet Diaries plays a crucial part in contemporary vampire culture, I would argue, as it fills in the demographic “gap” between Twilight and True Blood, combining teen heartthrobs, high school politics, and the darkness and desperation often associated with the vampire myth. Diaries is also a continuation of the CW’s teen-centric brand identity; with its broodingly good-looking cast, troubled teen relationships, and dramatic soundtrack, it is darker than the CW’s flashier shows like Gossip Girl, 90210, and Melrose Place. Supernatural is the network’s main monster-of-the-week (turned biblical epic) series, yet compared to the often tongue-in-cheek treatment of the horror genre by Supernatural’s writers, The Vampire Diaries is strangely, and often refreshingly, earnest. 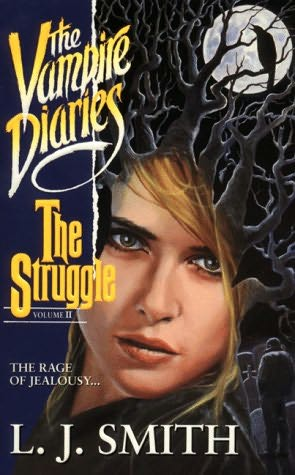 Based on the young adult novel series by L.J. Smith, Diaries tells the story of the human Elena Gilbert, who falls in love with the vampire Stefan Salvatore and is beginning to develop feelings for Stefan’s somewhat evil brother, Damon. Diaries is set in the fictional town of Mystic Falls, Virginia, and the series’ constant emphasis on the history of the town is where another, more complicated story begins to unfold. In 1865, at the end of the Civil War, Mystic Falls was the site of the infamous Battle of Willow Creek, where Confederate Soldiers allegedly killed 27 civilians by firing on a church. It is later revealed that this story is a cover-up for an event in the town’s other history – the mass killing of vampires by “founders” trying to protect their town from being invaded by monsters. The 27 “civilians” who were killed in the Battle of Willow Creek were actually vampires, trapped by a powerful witch’s curse under the church where they allegedly died; over the course of the season, the curse breaks and the vampires are freed, and once again the town’s founding families must contain the outbreak. 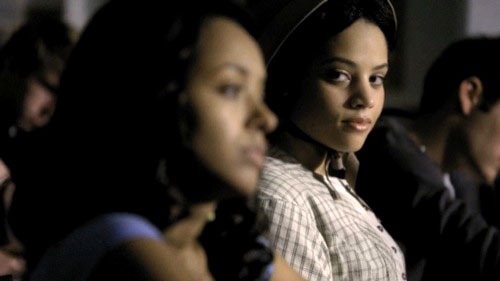 The use of one narrative to cover up a “true” narrative is often characteristic of the way Southern history is told and re-told, as pointed out by Lisa Nakamura, Laurie Beth Clark, and Michael Peterson in their analysis of True Blood’s opening credits. As the authors say of True Blood’s attempted use of vampire metaphors to represent the South, “Gothic visuality offers an idea of the ‘truth’ of the South, revealing the violence, sexuality, and faith that lie behind stereotypically polite Southern facades.”1 Now, what’s different about The Vampire Diaries’ representation of the South is that the town of Mystic Falls, while being geographically located in the South, is not marked by what Nakamura et al. refer to as “Southern gothic cliche: alligators, catfish, ecstatic spirituality and sexuality, and an atmosphere of decay that bespeaks a possibly inbred mutation.” Instead, Mystic Falls, as described by the script of the pilot episode, is an ideal combination of the South and the North: “a small Virginia town. Quaint, picturesque. A place you’d like to raise a family. Southern in its hospitality, northern in its attitude.”2 We might describe Diaries as Gothic-lite, missing the seamy underbelly hinted at by True Blood, yet still borrowing from the Gothic tradition in its use of dark mansions, misty woods, threatening monsters, and doomed love affairs.

With no hint of the opulence and decay usually associated with the Gothic South, Diaries’ clean and wholesome setting is besmirched only by one thing, its history of invading, decaying, blood-sucking bodies. Mystic Falls is obsessed with its history; for example, several episodes leading up the season finale are focused on the preparations for Founder’s Day, a celebration of the town’s founding families complete with 19th century costumes and re-enactments. But what is revealed in the series’ constant references to history, along with the return of vampires to Mystic Falls, is that the story of the town’s history is not as “clean” as everyone thinks. Rooting this vampiric history within the Civil War and within a town seemingly caught between the North and the South is a plot device that was undeveloped within the first season. On the one hand, the premise of a small town hunting and exterminating blood-sucking monsters and expunging these events from the “official” record hints at a metaphor for the history of violence against minority populations in general; yet, on the other hand, as Nakamura et al. argue about True Blood, the vampire metaphor is never directly linked to racial struggle and to the specific history of racial violence associated with the American South. 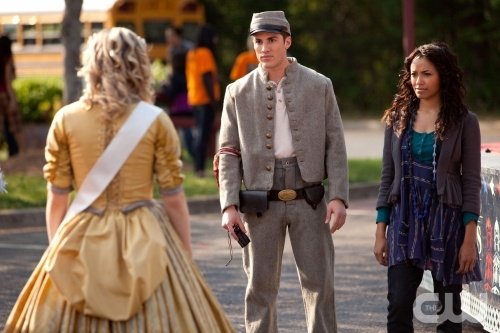 Other aspects of the show continue to confuse the racial implications of the vampire metaphor. There are a few black characters within the show’s ensemble cast, including Bonnie Bennett, Elena’s best friend and a newly practicing witch. Bonnie comes from a line of witches that date back to the Civil War, specifically her ancestor Emily, who was the original vampire Katherine’s servant and protector; there is some sense that black witches colluded with white vampires during the war for protection, but now witches (namely Bonnie) are intent on keeping the vampires out. The idea of witchcraft as a tool of survival in the Civil War South or the metaphor of the witch as yet another misunderstood monster are interesting threads to potentially tease out, but The Vampire Diaries leaves these implications unexplored. And while the romance between Elena and the Salvatore brothers is intense and involving, the story of a line of black witches descended from the women of the Salem Witch Trials presents a far more interesting and potentially challenging history to narrate. There is also the black vampire Harper, sealed under the church in 1864 with the others, who appears to be the former slave of Pearl, another one of Mystic Fall’s original vampires, and who unproblematically continues to protect and serve his former master, even in a 21st century context.

The complete elision of race as a signifier – in a story about both the South and Civil War history – is puzzling. To have vampires be the designated Other within a small Southern community during the Civil War – to have their population be almost completely white yet stand in as metaphor for racial violence – seems odd, particularly given the presence of black characters in the narrative. Perhaps it is a symptom of the current “post-race” moment that we occupy, or perhaps it points to the difficulty of narrating the history of regions defined by identity struggles – but The Vampire Diaries’ metaphor of monstrosity, while suggesting interesting possibilities for narrating history, ultimately fails to be convincing.