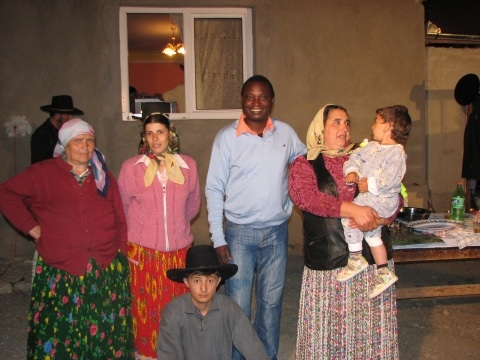 Tiger Woods let us down, too. After Letterman, Woods “turned out to be human after all,” according to one set of TV and blogosphere comments. One special twist in the self-identified “Cablinasian” golf star’s scandal is that he had extramarital affairs mostly with white women. This ostentatious crossing of the color line reignited suspicion about Woods’s racial identification, particularly among African-Americans already irked by his marriage to a blonde Swedish woman. Some of the commentary set him in opposition with President Barack Obama, whose racial and citizenship status has been offset by his marriage to a black woman.

Such recent controversies around multi-racial celebrities are reminders that the “post-racial” age is no more color-blind than Steven Colbert’s mock persona, despite so many television shows’ calls for us to get over race.1. In the face of neoliberal consumer capitalism’s flexible articulations of race and citizenship, the anxiety about President Obama’s and Tiger Woods’s conjoined racial and national hybridity, among those on the right and left alike, highlights the continuing importance of the intra-national color line to defining the American nation.

It would be worth tracking how the particular national intimacy marked out by race in America influences other national cultures, given the US’s dominance of national news and media entertainment worldwide. Here I only have space for a comparative snapshot of how the globalization of television celebrity has modified post-Wall European lines of race and citizenship. In the core European Union countries, the nationalization of race and racialization of nation tend to be aligned with historical imperial legacies, which include the post-war guest worker programs. For instance, racialized minority stars, while they tend to identify analogically with African-American celebrities, are likely to be Moroccan in the Netherlands, Turkish in Denmark and Germany, Pakistani or Indian in Britain, and Algerian in France.

However, the “New Europe,” the site of the recent eastward European Union expansion, has a scant history of contact with formerly colonized, non-white peoples. In the absence of the region’s direct participation in imperial ventures, the Roma, or Gypsies, have been considered the only ethnic minority against which nations have defined themselves as white. But during recent years the landscape has become too complex to sustain the myth of whiteness. The influences cannot be reduced to hip hop, basketball, Halle Berry and Will Smith. The postsocialist opening of national borders and the media to the flow of diverse images and people has exposed and undermined the region’s unspoken claim to an exception to racial diversity and, by implication, to racism. Newly introduced reality television formats hold up an especially merciless mirror to national viewers, which discloses the tenuous role assigned to the Roma to mark and safeguard the whiteness of the nation from the inside and the need for fortifying the nation’s racial boundaries. 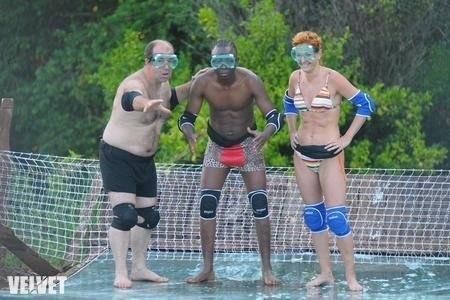 The recent appearance of black African celebrities on national media, particularly reality television, serves precisely this purpose. Two such celebrities are Victor Yila, from the Republic of Congo and a long-time resident in Romania, an engineer, athlete and musician, and Lapite Oludayo, a Nigerian singer and media personality in Hungary. Both men function in the entertainment media to embody a racial category that is even lower than that of Gypsies, by virtue of their darker skin and foreign accents. On a variety of reality programs they perform, with apparent willingness, the stereotype of the primitive “native” familiar from imperial adventure tales.

On the Romanian show Satra (“Gypsy Life,” Kanal D, 2009-), most closely related to The Simple Life (Fox, 2003), a few Romanian celebrities go to live with a Gypsy family for a day. The point is to show off not so much the visitors’ inadequacy to live the hard Gypsy life as the Roma’s stereotypical backwardness. The celebrities stage various makeover fantasies for the Roma and inevitably want to save their women. This choreography is only interrupted by the appearance of Victor Yila. Unlike the white guests, he is expected to get up earlier and work harder than the Roma. As an African “native,” he is asked not only to make a fire but also dance around it “the way they do in the Congo.” The Roma, whose “blackness” suddenly pales next to Yila’s African skin, revert to the internalized white norms of conduct typically used to discriminate against them: they marvel at the exotic appearance of the “primitive” foreigner and wipe their cheeks in disgust when he kisses them.

Nigerian Lapita Oludayo, or by his popular name, Fekete (“Black”) Pako, plays a similar black buffoon on Hungarian television. In an episode of the local version of the British format I’m a Celebrity, Get Me Out of Here, set in the Argentinian rainforest, he is made to introduce himself as the native son of the jungle, at home among animals. When it transpires that he is afraid of snakes, he is forced to feel around for hidden objects among slimy creatures in a dark cave. The more desperate his panic becomes the more wholeheartedly the two moderators laugh outside. According to an English-language Budapest weekly, Pako is the Hungarian nation’s “village idiot,” a “hapless comic superhero” who bounces back from every new humiliation. Most of these comic humiliations exploit his racial and linguistic foreignness at the same time. In one notorious faux interview, he was tricked into spouting fascist anti-Semitic and anti-Gypsy statements and then banned from the two leading commercial channels, RTL Klub and TV2 as a result. In another, he is posed an intentionally incomprehensible question and made to feel dumb when trying to answer it in order to save face. Much like Yila, his African blackness is often juxtaposed with that of Roma celebrities. Instead of the latter’s indeterminate characteristics, however, these foreign black celebrities visualize a more firm and absolute racial and linguistic outside the nation in order to affirm homogeneity on the inside. 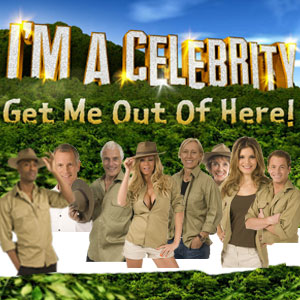 I’m A Celebrity, Get Me Out Of Here

But why is it the celebrity culture fostered by entertainment television, particularly reality television, that provides the political arena for this renegotiation about the nation’s whiteness? Reality programs are generally dismissed as the trashiest form of culture by Eurocentric critical elites. But the refusal to take such programs seriously, the fact that they are not subjected to the usual self-censorship of state-controlled political and media venues, makes them all the more raw and unabashed outlets for various tensions. Shows about non-white celebrities constitute an unmistakable synergy between the objectionable racial quality of their protagonists and the objectionable cultural quality of reality TV. They visualize the intimate connection between these two converging kinds of illegitimacy within the national public sphere.

Ultimately, the core EU countries’ retreat behind the new walls of Fortress Europe from the flood of labor-seekers, migrants and exiles from the East confronted Easterners with their own effective second-class status and racialization — the realization that in the eyes of the West, they have never been better than, or even different from, the Roma. Does the voluntary, crude performance of various racisms indicate an awareness on the participants’ and audiences’ part that that these are orientalist and imperialist constructions, which are to be mocked? Or is this a performance of these deep-seated and widely-held beliefs to compensate for what are widely seen as EU and US-imposed standards of political correctness?

It is sure that, unlike in the West, in the absence of a history of colonization and imperialism to atone for, there is no collective historical awareness of racism here. There is no subsequent white guilt and a compulsion to provide – at least surrogate – charity for televisual victims of racism. It seems that white guilt might be a luxury in itself in a transnational network of neoliberal capital, where citizens of more powerful states are expected to pay a premium for their economic and military superiority by performing charity and white middle-class self-blame on reality TV.

1. Victor Yila
2. Lapite Oludayo aka Fekete Pako
3. I’m A Celebrity, Get Me Out Of Here