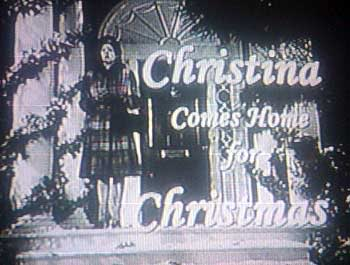 Anyone who follows the soap opera One Life to Live knows that the citizens of Llanview, Pennsylvania have both seen and made plenty of trouble. When I first began watching the show a quarter-of-a-century ago, the illustrious Mitch Lawrence had commandeered half the women in town as sex slaves using a few well-placed barbituates and an evangelical charisma. In the years since, he has returned to wreak similar forms of havoc at least three times; he is doing it right now, in fact. And he is hardly the only one. As in every soap opera town, the social body of Llanview is composed of born rogues—which is to say, the unethical, the immoral, and the violent. At least to my thinking, it is this vision of every social body as a fluctuating compendium of accidental murderers, petty thieves, and pious criminals that makes soap operas so compelling. But it is also this fundamentally perverse vision of the social that requires the genre to include moments of moral and textual reconnaissance. As a genre, it must periodically collect its stray plot-lines and outlaws into something like a community, something like a story, and something like the kind of society with the kind of values that we read about in civics classes and German philosophy—the Romantic volk, the Kantian universal, the Habermasian public. 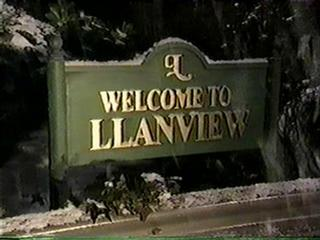 Welcome to the fictional city of Llanview

For as long as I can remember, One Life to Live has generally fulfilled this requirement with a P.T. Andersonesque montage of shots showing each character enjoying his or her particular struggle or triumph in some place or another—getting laid in a bar, repressing a rape in a hospital—while a song about the universal struggles and triumphs of life serves to bind these characters together into an economy that is temporal, moral, ethical, geographical, and textual all at once. In December of last year, however, the writers introduced a new trope of unity to the show’s aesthetic repertoire: the broadcast of an old black-and-white holiday film called Christina Comes Home for Christmas. In other words, rather than using a maudlin song as an ad hoc analogy for the galvanizing effects that both television and soap operas have attributed to the medium’s affect of “liveness” since the fifties, they opted for an even more concentrated expression of televisual presence than live television itself.

For an indication of what makes the holiday broadcast event such a concentrated production of televisual presence, one can look no further than the show’s presentation of its effects.1 In the first part of the episode where the film airs, multiple characters tell rapturous stories about their childhood memories of the film and the unique meaning it holds for them. The subsequent event of the broadcast itself then serves as an affective and spatio-temporal consummation of two overlapping sets of relationships: at the level of the text and the community, the relationship between a whole succession of shots showing characters scattered throughout Llanview in isolated scenes; in each of the isolated domestic scenes, a romantic relationship between a pair of deviants brought together by the sentimental spirit that the film occasions. We see Jessica and Brody, both patients in a mental ward, learning to look past their respective war-crimes and hostage-taking episodes and into each other’s eyes; we see the extortionists Natalie and Jared passed out in the film’s electronic light after having sex; we see Blair, the wife of gang-rapist Todd, snuggling against her rogue-cop boyfriend as she mouths Christina’s lines about returning to true love; the list goes on. Whatever past and current indiscretions might haunt the citizens of Llanview, the simultaneity of this traditional holiday television broadcast briefly unites them in a communal time and space. More importantly, though, the sentimental genre of the Christmas film that makes the broadcast such a powerful conduit for communal bonding in these separate but networked scenes—supplying its own overarching soundtrack of maudlin music and dialogue—provides a textual affirmation of the universal values and needs that temporarily bind them together in the image of a moral economy, rather than a television audience. Simply put, the sequence cannot simply rely on the technology of “live” transmission per se in order to present the scene of the television audience as a spectacle of social plenitude or universal togetherness. It must connect the “imagined community” of electronic transmission to something more potent than the technology of a wall-socket, an economy, or a network—something that itself constitutes these technological figurations as ontological productions of social plenitude: a representation of the very ideal of universalism that undergirds the idealist social imaginary of broadcast technology and economics in the first place.
[youtube]http://www.youtube.com/watch?v=fGDVzmC9jCs[/youtube]

As I have already begun to suggest, the show’s staging of this scenario presents us with a visual literalization of what Jane Feuer so indelibly describes as the “ideology [of] ontology” that attends television liveness.2 Despite its apparent disregard for the very notion of the social contract, the community of Llanview is, just as Feuer puts it, “unified as a direct . . . consequence of television technology.3 Its appearance as such is embodied by its simultaneous appearance as a series of linked living room audiences. And yet, for me the interest of this enactment does not lie in the extent to which it might be said to promote an essentialist ideology of television technology, or the illusory experience of social co-presence that this ideology promises to the viewer as the scene of its ontological mystification. Instead, I would argue that the role of the holiday broadcast here draws our attention to an altogether different understanding of the relation between media, ontology, and the social.

Perhaps most fundamentally, it reminds us that the representational medium of the image plays a constitutive role in the particular ontological effect that is generally, if somewhat vaguely, attributed to the technological medium of broadcast “presence.” What is more, it reminds us that this ontological register of the medium does not necessarily have anything to do with the medium of television technology, ideology, or liveness per se—even though it conditions the social imaginaries they configure as either its double or its differend (to borrow a term from Lyotard). This is, after all, why the show relies on the trans-media genre of the holiday story in order to compose the universal moral economy of the show and the community. Insofar as these texts almost invariably present us with tableaux embodying the same universal ideals that most Western holidays allegedly honor—peace on Earth, good will (to men), the spirit of giving and compassion, family homecomings, and so on—they imply an image of the audience that is likewise bound together, as an audience and a society at once, by its economic embrace of these same ideals. Indeed, as the Christina Comes Home sequence makes visibly manifest, the aesthetic economy of the holiday homecoming tale already proliferates an isometric tableau of the audience gathered before it in each of the otherwise particular living rooms that it lights; the aesthetic enactment of universalism onscreen provides the ontological ground on which the “liveness” of broadcast configures itself as a technology of the social. 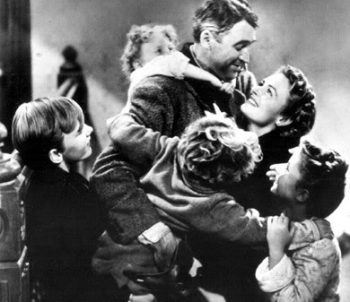 As the description of Llanview with which I began should make equally manifest, though, the images we see of its residents on a daily basis provide a radically different ground for the social imaginary of broadcast, and indeed, for the ontological construction of the social that the discourse of televisual presence can affect. Rather than providing an onscreen embodiment of universal community, this ensemble of warring rogues—a designation that, Derrida reminds us, positions one outside the rule of any moral or legal economy—instead presents us with the anti-social raw materials from which every economy of moral and political representation must construct society in reality, as well.4 That is, it presents us with an unreliably affiliated gang of warring sovereigns. By way of a closing, then, I want to propose that the flexible ontological affect of the television image has yet to be theorized within television studies. For although our field has effectively allowed the meaning of the term “ontology” to serve as an obsolete epithet for the mystifications of technological essentialism, in the scenes I have barely glossed above, the ontological question of the television image lies not in the nature of the technology that produces it, but rather, in the nature of the discursive social body that it produces. As a number of philosophers associated with the aesthetic turn in political ontology have elaborated—and I am thinking here of everyone from Ernesto Laclau and Jean-Luc Nancy to Philippe Lacoue-Labarthe and Jacques Ranciere—the ontological construction of social materiality itself derives from these very same affects, which cannot be reduced to the two ontological scenarios that have defined the theoretical horizon of our field over the last several decades: simulation or materialism, Baudrillard or Althusser. The ontological gauntlet that this work throws down for us, then, consists of nothing less than our thinking both the politics of representation, and the place of television within them, anew.