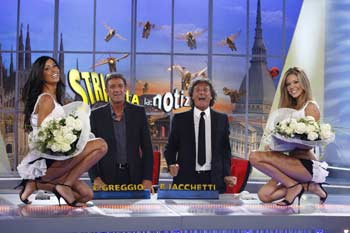 On June 26, 2009, during a press conference on the economy, Italian prime minister and media magnate Silvio Berlusconi vitriolically attacked the media criticism of the government’s approach to the palpable economic crisis and invited citizens and entrepreneurs to silence all the international organizations that report on the budget deficit in Italy and the dire economic repercussions it has on the country. The economic crisis, according to Berlusconi, is “of a preeminently psychological nature” and, as such, should not be given negative coverage in daily news. This attack followed a similar remark Berlusconi made earlier in June at the national meeting of the Italian manufacturing and services companies (Confindustria). Here, the prime minister suggested businesses should not advertise in media that provide a bleak take on the economy or criticize the government’s economic policy. According to this logic, it is only through a careful selection of positive news stories, often aired in Berlusconi’s own network, and inspiring anecdotes that the crisis can be ignored and hence dodged.

Berlusconi’s weak and warped understanding of democracy and his arrogant intolerance for public dissent are not new traits of his third mandate as prime minister of Italy. Several scholars have aptly discussed the post-democratic discourse that infuses some Western countries,1 where the rise of global capitalism along with the success of an elite, self-referential political class have neglected the needs of ordinary citizens and have promoted the interests of wealthy businesspeople.2 What is new and problematic, instead, in Berlusconi’s pronouncements is the extent to which such calls to censorship have affected the Italian media culture in the 21st century and have brought to a stifled redefinition of some media genres. Here I will look specifically at one example of satirical news. 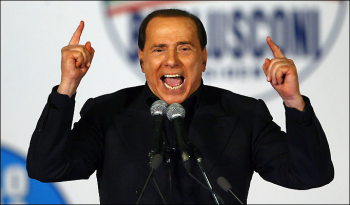 The satirical news program “Striscia la notizia” debuted in 1988 on Canale 5, the most popular channel of Berlusconi’s Mediaset television network. As a daily, prime-time program, “Striscia la notizia” was conceived as a news parody aimed at exposing government corruption, social ills, and journalistic failures. Following a format similar to “The Daily Show with Jon Stewart,” this satirical news program – the first in the history of Italian television – relies on comedians-turned-journalists for local stories, while two hosts anchor from the studio. In the first decade of programming, “Striscia la notizia” worked effectively to uncover widespread problems with healthcare, instances of corruption in the workforce, and dubious relations between politicians and the business world. The comedic and irreverent tone of most episodes was the catalyzing element for most viewers, who had tired of years of monotonous and univocal newscasts on public and private networks. Yet, a look at the most recent seasons of the program reveals a stronger emphasis on celebrity culture, gossip, and trash tv. The civic engagement that characterized the earlier editions of “Striscia la notizia” seems to have waned to favor a populist curiosity for celebrities’ bodies and relationships. While a few investigative reports are still occasionally part of the program, for the most part “Striscia la notizia” has mellowed into a much less subversive and muckraking show. This paradigmatic shift must be understood within the socio-political context that has characterized Italy in the past 15 years. The rise to power of Silvio Berlusconi and his right-wing coalition since 1994 along with an increasingly concentrated media system have resulted in severe limitations to freedom of expression that have culminated in the infamous acts of censorship towards comedians and journalists who forthrightly criticized the Berlusconi government in the early 2000s . 3 Journalists, intellectuals, and ordinary citizens have repeatedly expressed their concern at the suffocating walls being erected around public discourse today. Yet, major changes seem impossible to achieve due to the intricate connections between media and politics in Italy. It is in this context that the most popular satirical news program has subtly shifted its goal to become a less controversial entertainment show that would not anger politicians or embarrass the establishment. 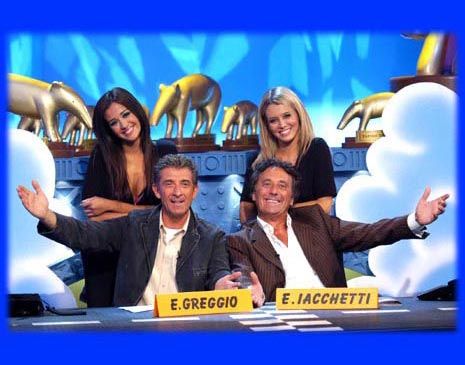 Since its debut in 1988, “Striscia la notizia” featured two young women, referred to as ‘veline,’ who would physically bring news items to the two (often male) hosts.4 Displaying a curvaceous body, an easily malleable personality, and limited dance skills, the ‘veline’ have assumed an increasingly central role in the popularity of the program. Each year, tens of thousands of young women are willing to stand in line for several hours to get a chance to audition for the role of ‘veline’ in an eloquent testimony to the prestige of this role among many young Italian women. The long wait outside Canale 5 studios culminates in a thirty-second performance, where each participant is asked to wear a skimpy bikini outfit and dance on a large desk. The willingness to undergo long hours in line for a glimpse of celebrity and to be evaluated on the basis of a curt and provocative body display is indicative of the prestige this role holds in the eyes of young women and large sections of Italian society. While the role of ‘veline’ is not the only position Italian women hold on television, its popularity and influence upon private and public programs alike exemplify a central concern of television producers: the need for most entertainment programs to revolve around women – mostly young, attractive, and scantily clad – as catalyzing magnets for the overwhelmingly male gaze. As I mentioned above, in the past few years “Striscia la notizia” has dedicated more time and space to the ‘veline’ with longer dance sequences (often proving their inadequate skills) and more aggressive marketing to titillate the audience’s curiosity about the young women. In the face of this voyeuristic desire to enjoy the female body, satire has taken a step back and the program’s goal to counteract mainstream news has lost its lustre. 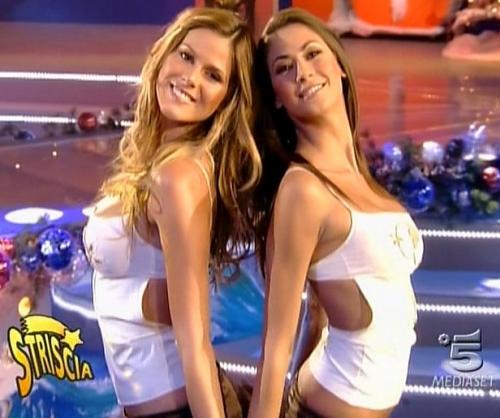 Contemporary television culture in Italy reflects the post-democratic socio-political environment in which it prospers. The Habermasian, mediated public sphere is no longer a site where citizens can actively engage in meaningful discussions on the public good; instead, the rare avenues television provided to engage in such debates have either been redesigned to fit more acceptable cultural and political expectations or have been annulled altogether. If we agree with Crouch that “[d]emocracy thrives when there are major opportunities for the mass of ordinary people actively to participate, through discussion and autonomous organizations, in shaping the agenda of public life, and when they are actively using these opportunities,” we can definitely conclude that Italian television culture is well on its way to a post-democratic state (2004: pp. 2-3).

4. Young women wait in line for hours for the chance to audition for the role of veline