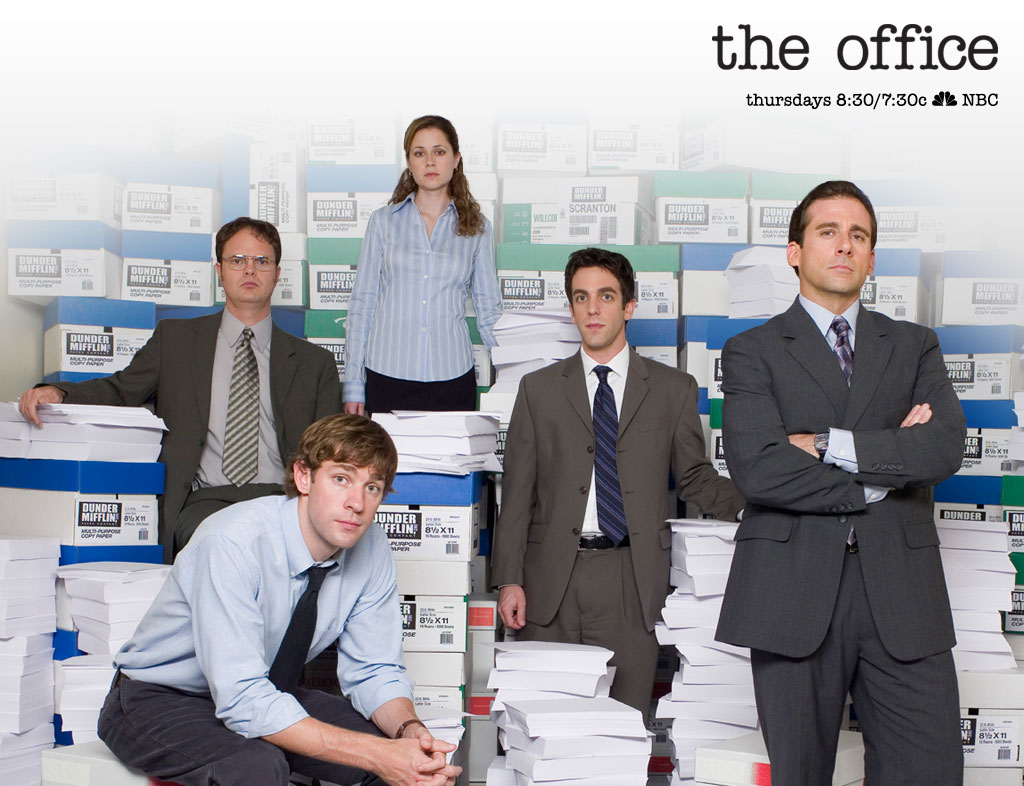 In 2004, registering the arrival of a ‘new wave’ of situation-based comedies, indicative of which were BBC’s The Office (2001-3), ABC Australia’s Kath and Kim (2002-5) and HBO’s Curb Your Enthusiasm (2000-), Brett Mills underlined that “something is happening in sitcom,” an assertion that ran counter to the predictions being issued by TV industry commentators that the live action sitcom – a primetime staple through more than 50 years of television – was dying.1 Later that year, Mills described The Office as ‘comedy verité,’ a label that acknowledged its hybrid innovation as a comedy that fused the conventions of traditional sitcom with those of ‘reality’ TV sub-genre, the docusoap.2 This column considers the hybrid nature of comedy verité and – arguing this label’s relevance to the increasing array of sitcoms that reference the concepts and aesthetics of ‘reality’ TV – the set of conventions that now constitute it.

Encouraged by the conspicuous success of the above innovators and by the continuing popularity and prevalence of ‘reality’ TV programming, new examples of hybrid sitcom – including Arrested Development (Fox, 2003-6), The Office (NBC, 2005-), Extras (BBC, 2005-7), Flight of the Conchords (HBO, 2007-) and Summer Heights High (ABC Australia, 2007) – have continued to appear and succeed. Although these examples different from each other in concept, narrative approach and visual style, the comedy verité label – which recognises their conceptual and aesthetic debt to ‘reality’ programming – is one that can both unite them as a sub-genre and distinguish them from the three other variants (multi-camera, single-camera and animated) of contemporary sitcom programming.

Instances of genre hybridisation in television have often been overstated, particularly where the flexibility and fluidity of TV genre – defined by John Fiske as “a shifting provisional set of characteristics which is modified as each new example is produced” – is being underestimated.3 Yet, if hybridisation is evident anywhere in television, it is in forms whose blend of conventions can be sourced to generic categories which have been historically distant from each other (such as comedy and documentary), as opposed to those (such as drama and comedy) which have been closely related. Comedy verité’s hybrid status is justified by its blending of conventions from sitcom and ‘reality’ docusoap, the latter being itself a blend of “observational documentary” and “character-driven drama” as Annette Hill has noted.4 This fusion of elements is apparent in the following six main conventions that characterise and distinguish comedy verité programmes:

Conceptually, comedy verité marries the sitcom’s situational stasis with the usually progressive, real-life situations constructed in docusoaps. Proliferating on British TV in the 1990s, docusoaps have favoured institutional settings, although as evidenced by pioneering example, Sylvania Waters (BBC, 1993), family milieux have been equally appealing, albeit more contentious options. What characterised these programmes as docusoaps and not documentaries was that “rather than proposing an argument about the function or role” of the milieu at issue, as Ben Walters underlined, their focus was “strong characters who were entertaining in their own right.”5 Using situations that emulate those of docusoaps, verité comedies create a premise that is more overtly grounded in humour and brings sitcom’s potential for seasonal longevity. Whether workplace-oriented (like The Office and Summer Heights High) or primarily domestic (like Arrested Development and Kath and Kim), the comedy verité concept emulates that of the sitcom as an entrapment scenario in which characters – juxtaposed to foreground their conflicting personalities or ambitions – are inescapably ‘stuck’ together.6 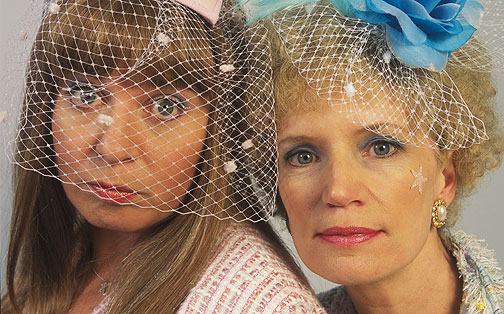 As an aesthetic that informed both the ‘direct cinema’ and ‘cinema verité’ documentary movements emerging in the 1960s, verité’s aesthetic markers have included a handheld ‘on-the wing’ shooting style, actuality images and sounds, direct address to camera, and ‘loose’ editing, these indicating reduced subjectivity in documentation.7 As ‘reality’ TV developed in the 1980s, these aesthetics were adapted to the different purposes of light entertainment and programming geared to interrogate ‘the personal.’ As exemplified by The Office, Arrested Development and Summer Heights High, verité comedies use the above markers of a proximity to ‘the real’ in the highly constructed context of a fictional situation and a scripted narrative that is performed by actors. With their verité aesthetics helping to maximise self-consciousness in performance, these comedies gain potentials for humour that are unavailable to other live action sitcoms.8 Their characters ‘act up’ for the camera, try to manipulate what is being filmed, and offer additional self-revelation through ‘confessional’ interviews. Verité comedies produce their most cringe-inducing moments as a result of interventions of this type – a ‘classic’ being the jealousy-inspired, yet excruciating dance that David Brent performs for his colleagues just prior to his being sacked in Episode 5 of Season 2. 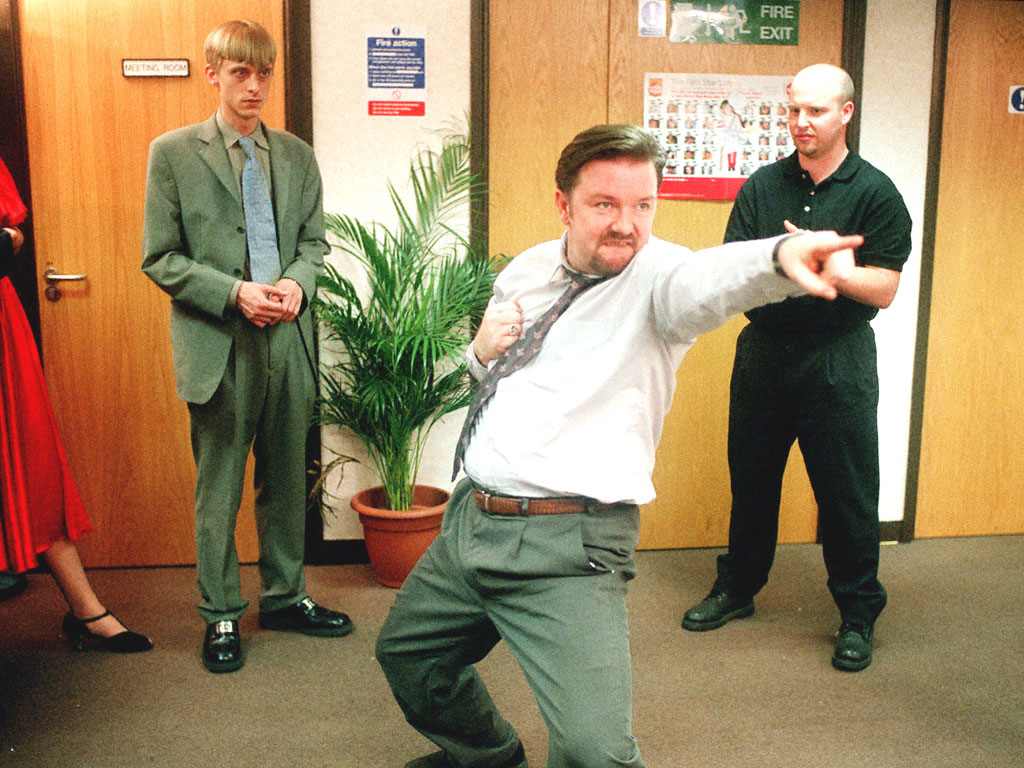 In narrative terms, verité comedies offer more structural flexibility than other live action sitcoms. Sitcoms have been distinguished within television narrative by their resolute stasis and circularity – things rarely change, if at all.9 Hence, sitcoms are conventionally structured as self-contained, circular stories, whereas in docusoaps the tendency is cumulative, serialised narrative. Verité comedies blend the docusoap’s seriality with the sitcom’s containment and circularity, featuring resolving, episode-specific stories or material but often framing this as cumulative developments in season-long story arcs. Yet narrative structures vary between different comedy verité examples, underlining their structural flexibility. Whilst the episodic tendency of Kath and Kim and Flight of the Conchords is consistent with that of conventional sitcoms, The Office and Summer Heights High blend ‘series’ with ‘serial’ features, using their ‘stories-of-the-week’ to inform and progress their serialised central narratives.

Characterisations in comedy verité combine the sitcom’s preference for flawed and incorrigible characters with the docusoap’s emphasis on opinionated, difficult, or deluded individuals plucked from real-life. Vital to the ability of docusoaps to generate very high ratings (as BBC’s Driving School did in 1997 and MTV’s The Hills has done more recently) has been their ‘creative casting’ of participants as ‘characters’ whose conflicting personalities are juxtaposed to heighten viewing pleasure in the resulting display of ‘naked’ emotion. Being scripted fiction rather than opportunistic faction, however, verité comedies maximise these character possibilities via their reliance on actors, well-rehearsed movements and scripted dialogue. As exemplified by The Office’s David Brent, Summer Heights High’s Mr. G, and Flight of the Conchords’ Murray Hewitt, comedy verité’s most legendary characters are aspiring but failing professionals. Their dreams of career success are thwarted as much by the gap between their over-inflated self-image and inadequate performance as by their persistent, sometimes spectacular, inability to see themselves as others do. 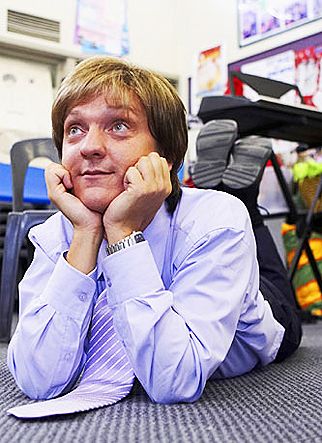 Although comedy verité is but one strand of the broader diversification of sitcom since 1990, its rising prominence is exemplified both by the enduring popularity of NBC’s version of The Office (2005-) and the international success – as finished programmes and/or format adaptations – of the other examples mentioned above. Exploiting the new outlets for humour facilitated by its hybridity, comedy verité has upgraded the live action sitcom for a popular culture now steeped in the aesthetics, concerns and even the jargon of ‘reality’ TV. Working alongside multi-camera, animated and single-camera form as a fourth variant of contemporary sitcom, comedy verité has also contributed to the necessary revitalisation of one of television’s oldest, most cherished genres.