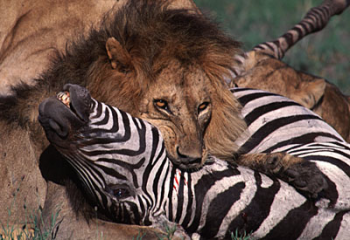 I’m beholden to Animal Planet’s documentaries. Not since the premiere episode of Cheaters has a reality series delivered so disturbingly on the promise to portray the pathologies of contemporary social reality. What Cheaters did in its ham-fisted way for the emerging surveillance culture, shows like Big Cat Diaries are doing for the current political climate: coughing up partially digested nuggets of ideology for public inspection.

Thanks in large part to its thinly veiled anthropomorphism, Animal Planet’s nature documentaries offer perhaps the clearest exposition of the ideology that legitimates not just the current administration’s penchant for slashing aid to the needy in order to give to the rich but for doing so in the name of “promoting opportunity and compassion at home.”

This version of compassionate cruelty has become so numbingly familiar that the litany of recent budget details serves only to compound the de-sensitization effect (at the risk of adding to it, consider, for example, the recently proposed $77 billion in cuts to education, job training, and programs for the needy to help offset $285 billion in tax relief for the upper-income brackets — or the 13 percent cuts in veteran’s benefits, presumably to shift some of the economic burden of the “long war” onto its foot soldiers).

A pressing question — although not quite so pressing as the need to challenge these policies — is to make sense of them. Perhaps the easiest and most satisfying explanation is to blame it, in the words of cult movie hero Buckaroo Banzai, on “Evil! Pure and simple, from the eighth dimension!” How else to explain the Bush administration’s apparent reluctance to support a human papillomavirus (HPV) vaccine that could save the lives of thousands of women a year on the grounds that the vaccine might make sex less dangerous?

Despite appearances, there may be more than naked cynicism and cruelty at work here — the disconcerting political success of such policies suggests the workings of some kind of belief system. Understanding such a system means more than describing it. It requires some attempt on the part of those for whom it seems incomprehensible to inhabit it — but how? Right wing radio and the National Review are comically tragic but, ultimately, inaccessible to the uninitiated.

The problem isn’t to identify and reproduce the recurring ideological patterns — the genius of the Colbert Report has been to turn such pattern mimicry into low art — but to generate them. This is where Animal Planet fills the gap by serving up a thinly veiled version of safari realpolitik for the masses. It takes only a few late-night sessions of switching back and forth between reruns of the talking heads on the Fox News Channel and, for example, Big Cat Diary, to make sense of the fact that a company with a name like “Pride Power” can support itself by hiring out game park rangers as corporate trainers. For those without the benefit of a corporate expense account, Animal Planet offers a low-budget unsentimental education in the realities of life on the killing-floor, serving up some hard truths for those who may have grown too complacent.

Consider, for example, the recurring treatment of the theme of the fate of the weak and wounded — the lioness in one episode, for example, that has broken her foreleg. We are invited to feel a sense of shattered solidarity as her companions watch over her briefly before leaving her to the hyenas — behavior that, as the narrator notes, while seemingly callous, is dictated by the harsh realities of Serengeti life. In a similar scene, a wounded water buffalo is surrounded by companions that fend off the waiting lions — at least until nightfall when the buffalo pragmatically, inexorably, move on, their numbers reduced by one.

If the impulse of solidarity seems noble it is also, as the recurring narrative indicates, a foolish one. The strong do not have the resources to sustain and support the weak and needy: the result would be to drag everyone down. That the dominant feast first is not a matter of greed or selfishness, but of natural practicality for the group as a whole. The result is a Bush tax-cut primer in a nutshell: the social safety net is an illusory form of protection that drags down all ships since the burden it seeks to carry is too heavy — the task, while idealistically noble, is realistically impossible.

The job of leaders then becomes the thankless one of confronting impractical ideals with reality — a duty taken up with gusto by the current administration with its penchant for dismissing the quaint, deluded, and ultimately self-defeating ideals of dreamy do-gooders in order to, as the vice-president once put it, work “the dark side.” 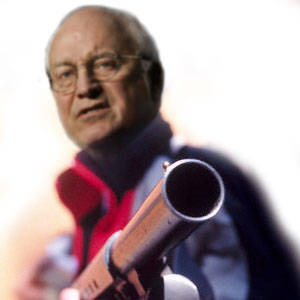 It’s all part of taking responsibility for life at the top, which, as the Animal Planet documentaries suggest, is consequently a relentless struggle. Witness the battle scars, dramatic footage of contests for dominance, and the recurring reminder that a leader’s time — in the case of lions, mountain rams, and elephant seals alike — is precarious and short-lived.

The entitlements of leadership then, are justified both by a sense of collective necessity and one of individual reward. Any attempt to diminish them comes across not just as impractical, unrealistic and self-defeating, but as a form of personal affront — even victimization: a lack of respect for the travails of dominance and its hard-earned wages.

As someone with contacts and very brief experience in the finance industry, I can attest to one of its core training tenets: that the work is much tougher than outsiders imagine — demanding enough not just to warrant all its benefits, but to justify the treatment of anyone who might call them into question with the contempt reserved for those who “have it easy” — the notorious low-earning “lucky duckies” that haunt the imagination of the Wall Street Journal‘s editorial writers.

But Animal Planet doesn’t go quite far enough — for in the end, its depiction of animal life comes across as fundamentally amoral: bound to the laws of nature rather than the commitments of humanity.

The missing ingredient is supplied by the re-tooled Calvinism of the religious right in the form of an attempt not to rewrite seemingly amoral natural laws, but to provide them with divine grounding. In the absence of a just deity, the random distribution of talent, skill, strength, and luck and its resulting social hierarchy is amenable to critique on the grounds of an all-too-human commitment to social justice — one that might mark the difference between the forsaken lioness and the social safety net.

Viewed as an expression of divine will, however, the amoral scene undergoes a perspective shift from natural brutality to the expression of a transcendent if inscrutable justice. In this regard, the much-hyped battle over evolution can be misleading: the religious right of the James Dobson and Pat Robertson variety has repeatedly evinced its commitment to social Darwinism, albeit the version that carries divine legitimation. This fact is highlighted by the recent debate over so-called intelligent design in which the stakes are not the notion of natural selection itself, but the question of its divine guidance. Pat Robertson’s post-Katrina admonition to the Dover school district that, after rejecting intelligent design, it shouldn’t count on God’s help in the event of a natural disaster, drives the point home: the seemingly random brutality of nature carries moral weight. HPV, in other words, is a form of divine retribution and warning — don’t mess with it.

Such callousness is perhaps not surprising. Those who embrace the ostensibly natural laws of an animal planet under the guise of religion abdicate their own humanity.