What a Long, Bad Trip It’s Been 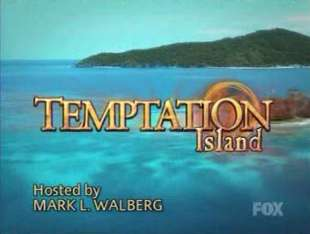 When the giant data-mining company ChoicePoint announced its plans to sell background-check software at Sam’s Club, private investigators complained the company was threatening their livelihood by making the tools of the trade available to the masses. They may have been bucking a trend: ChoicePoint’s open invitation to the public to become amateur P.I.’s represented just part of the proliferation of technologies, products, and services for do-it-yourself spies, ranging from background check Websites to keystroke monitoring software, home spycams, and even downloadable voice-stress analyzers. This multitude of peer monitoring tools, many of which piggy-back on new communication technologies, caters to a reflexive savviness about the staged character of our public personae and offers a default strategy for getting behind the façade.

The omnivorous trend-digesting genre of reality TV has picked up on the theme of peer investigation, spawning a variety of shows that feature friends, family members, and significant others spying on, investigating, and videotaping one another – all in the name of extracting a moment of authenticity, even if that moment merely highlights the inevitability of artifice. Such shows add one more reflexive twist to reality TV, insofar as they stage the search for behind-the-scenes reality, sometimes in the guise of a reality-show-within-a-show. Temptation Island, Average Joe, Room Raiders, and One Bad Trip, all feature segments in which cast members watch “backstage” footage of one another, sometimes with the added element of forensic searches, hidden cameras, and disguises. We, the viewers, watch a second audience engaged in practices of investigation and verification.

The point of lining up examples of what might be called techniques for peer investigation alongside their representation in reality TV is not to suggest that TV encourages viewers or trains them in the pursuit of such practices (nor is it to rule out this possibility). Rather it is to propose an angle of approach to the critical interpretation of media texts that sidelines the effects question construed in the broadest sense. My own recent experience of reality TV discussions has been that the tendency is to yoke together interpretation and effect. An interpretation of what takes place on a show – its portrayal, for example, of surveillance strategies for minimizing relationship risks – can be readily assimilated to an “effects” question: are audience practices and/or attitudes affected by exposure to such shows? Anna McCarthy invoked such questions in her FLOW article on TV and governance when she asked whether “the pedagogical voice of reality TV [is] actually persuasive or effective as a program of rule.” Similar questions of effects, again, in the broadest sense, propel a familiar merry-go-round of debates in media studies (at least in some quarters; in others they’ve largely been settled, albeit in opposing ways). Their persistence derives not just from the depth of their roots in the field – and in ongoing popular and political debates – but also, it seems, from persistent concerns about the purpose of critical interpretation. Why bother studying texts, if not to consider issues of broader social import? How else to avoid the pathology of Rorschach interpretation, which exhausts itself in the repeated discovery in texts of the theories we bring to them?

Perhaps one useful alternative critical approach for an analysis that focuses on textual content is what might be described as a symptomatic analysis. From such a perspective, the split between media and culture or society remains solely one of interpretive convenience. The point wouldn’t be to ask how culture affects itself, still less to ask what media texts do to audiences, or what audiences do with (and to) texts, but rather what such texts, viewed hologrammatically through the lens of theory, can tell us about the society from which they emerge. The test of such an approach would lie in its fruitfulness – the extent to which it illuminates hitherto un-remarked patterns and connections and extends the analysis not solely of media texts, but of the society within which they emerge.

By way of a brief and underdeveloped example, I’m going to focus on MTV’s One Bad Trip – and in particular the changes undergone by the format once cast members figured out the show’s gimmick. One Bad Trip is a parasitic show: producers tell cast members they’re going to be on an episode of something called MTV’s Ultimate Party Show, which documents the hijinks of the young and judgment-impaired at play in well-known party destinations. The twist is that, unbeknownst to the partiers, producers bring along their family members or significant others to spy on them as they let it all hang out for the cameras. The show’s gimmick is that it stages the scene of surveillance: a behind-the-scenes look at people peering behind the scenes. We are presented, for example, with the spectacle of two fathers spying on their college-aged daughters as they frolic on Lake Havasu, drinking, making out with one another, flashing the crowd, and so on. “This might be too much information,” says one father peering through binoculars from a nearby boat, “I don’t think she’s going to end up being a school teacher.”

The show invokes the anxiety catered to by the promise of peer-to-peer monitoring technologies: that since self-presentation is always a performance, it can double as a form of deception – one to be thwarted (along with its attendant risks) by adopting the techniques of the do-it-yourself private investigator. If, as the Abika.com background-check Website puts it, “most people lie a minimum of 25 times in a single day,” we are invited to wonder along with the promotional blurb for the reality show Fake Out, which teaches lie detection techniques, “Is your teenager being untruthful? Is your spouse not telling you the whole story? Is your employee late to work again the fifth time because of a car accident on the road? Can you spot a lie?” A savvy mistrust of representation – what Slavoj Zizek (1999) has described as the erosion of symbolic efficacy – coincides with a default to empirical investigation: don’t trust what people say, see what really goes on when you’re not there. Protect yourself. Order a spy-cam. Sign up for One Bad Trip … or not. The point is not to suggest (or deny) that TV trains us but to consider what we might learn from representations of peer-to-peer surveillance about an era that witnessed the transformation of Google from proper noun to verb. 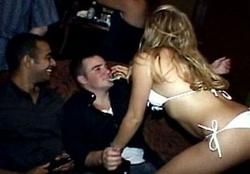 From MTVs One Bad Trip

By staging the scene of surveillance, One Bad Trip foregrounds not only the façade of self-presentation, but also the use of reflexive strategies for getting “behind” the façade. After its first season, the show’s producers found that the kids they recruited had figured out the gimmick: they’d seen the ads for the show and had read about it on MTV’s Web site, and they suspected they were no longer on the Ultimate Party Show. In response, the producers “flipped the script” as they put it, adding one more twist. They let the partiers in on the fact that their family members or significant others were spying on them, and then helped set up the spies by staging outrageous scenarios for them to react to. So, for example, a young lady whose parents had signed up to spy on her Las Vegas trip pretended that she was eloping and marrying her boyfriend in a Vegas wedding chapel.

The “script flip” resulted in wholesale role reversal: the investigated became the investigators, the spies were on display. And it is this reflexive reversal that suggests two aspects of contemporary peer-monitoring practices. The first is the default of the voyeur/spy to exhibitionist: the watcher engaging in the process of verification with an eye to the gaze of an imagined audience to which s/he strives to avoid appearing as a dupe. It suggests, in short, the internalization of the discipline of surveillance not just by the watched, but – in an era of reflexive savviness and generalized risk – by the watchers. Perhaps the reality on offer in a show like One Bad Trip is that it stages the redoubling in the figure of the do-it-yourself spy of the imperative to watch and of submission to a monitoring gaze: the default of voyeurism to a desire to be seen as not being fooled.

The second suggestive aspect of the show, which might be described as the George W. Bush moment, is its portrayal of the default of savvy skepticism to a point of fixation that ostensibly bypasses the pitfalls of mediation – the resuscitation of gut instinct as the obverse of generalized savviness. If representation is not to be trusted, we need direct access to presence via cultivation of the kind of x-ray soul vision that Bush famously invoked to gauge Putin’s character (and that his supporters repeatedly invoke to gauge his own). The same faith-based access to authenticity is invoked in the debriefing sessions of One Bad Trip‘s post-flip season. In the first season the spies were exposed to behind-the-scenes realities portrayed as both surprising and troubling (the conservative father who saw his daughter pouring hot wax on S&M entertainers in a Miami bar; the woman who saw her boyfriend hitting on other women). The final debriefing portrayed the impact of this reality upon the watchers – how would they absorb the shocking truth behind the façade?

By contrast, finales in the post-“flip” season revealed this shocking truth as just one more façade. The result was not the universalization of skepticism, but rather an incitation to declarations of trust that bypassed the debunked realm of representation. We see a man explaining to his girlfriend that the very fact that the scene of his infidelity was staged should prove that he would never cheat on her. Those who engaged in outrageous activity used the fact that it was all a set-up to suggest that they would never really engage in such acts. In this respect the show staged a second aspect of contemporary savviness – its correspondence with the promise of direct access to the real: the default of the mistrust of mediation to a desire for the immediate. This staging reflects and perhaps reflects upon its cultural context – a society in which savvy debunkery of media representations, political deliberation, and scientific discourse coincides with the rise of Intelligent Design and the popularity of The Da Vinci Code. One bad trip for the rest of us.

2. From MTVs One Bad Trip