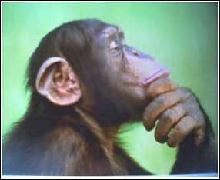 Internet pundits say we are witnessing the Web’s second coming. While overly exuberant venture capitalists burst the bubble in 2000 before the Internet was ready for profitable business, now it seems that conditions for the sustainable growth of a more prosperous “Web 2.0” have been established. A critical mass of Internet users now have broadband access, open-source software and cheap bandwidth that have reduced startup costs; additionally search tools have made advertising a big business. This second coming has also reconfigured the conceptual articulations of “old” and “new” media. “Web 1.0” established its revolutionary promise by constructing a binary between an old media defined by the passive, feminized viewers of a dumbed-down, TV executive-produced mass culture and a new media defined by personal choice and masculine interactivity (Caldwell; Parks; Boddy). However, in recent months “Web 2.0” has increasingly embraced the old medium of television to transition from principally a text, image and audio-based medium to a video-based one.

Let’s consider four of these recent initiatives in Internet/TV convergence. Rather than predict future developments, let’s look back to the core principles of broadcasting to see how these nascent Internet TV initiatives hold up to what we might call a broadcast ethic of TV citizenship. Despite the significant differences between public and advertising-sponsored television, each tradition shares the following goals: 1) universal affordable access, 2) universal appeal that promotes encounters across diverse groups, and 3) fair use rights to watch when and where one likes (Alvarado; Murdock; Lessig).

Case #1. Disney/ABC has teamed with Apple’s iTunes to offer episodes of 6 current television series for playback on a newly released video iPod. Episodes of series including “Lost,” “Desperate Housewives” and “That’s So Raven” are available for $1.99 per episode the day after they air. The iPod provides nifty portability but is far from universally accessible and affordable, as users must have high-speed Internet service, buy Apple’s proprietary portable audio/visual devise for $300-$400, and pay for each episode. Universal appeal is limited, as only a few hit Disney/ABC shows are available. TiVo, the personal video recording service, will soon make recorded programs available for download to the iPod (and other Microsoft mobile video formats) for those who can afford the additional costs of the conversion software, the TiVo player ($50-200), and TiVo’s $12.95 monthly service charge in addition to cable/satellite subscription fees. Fair use is restricted to the iPod and 5 computers – no DVD transfers allowed. In linking proprietary content to proprietary hardware at significant costs, the video iPod is a minimal service for a privileged few.

Case #2. Warner Brothers and AOL have heavily promoted their IN2TV which early next year will offer free online episodes of old TV shows that are not currently in syndication. In its first year Warner says it will draw from over 100 of the 800 series in its vault including “Maverick,” “Chico and the Man,” “Welcome Back Kotter,” “Alice,” “La Femme Nikita,” and “Babylon 5.” Episodes are organized into 6 themed “channels,” each episode includes 1 to 2 minutes of commercials. This offer is part of AOL’s broader strategy to transition from primarily an Internet Service Provider to a web portal with a particular emphasis on television, including AOL’s free live streaming of the Live 8 music concerts against world poverty held on July 2nd, 2005 in cities around the world; AOL’s coverage drew praise from those who grew irritated with MTV’s edited coverage and ABC’s limited two-hour broadcast, and scorn from those who found the unedited performances offensive. AOL and Time Warner are exploiting further synergies with an online video service that offers celebrity news and gossip produced by Warner’s Telepictures division. Regarding issues of access, just as AOL’s Live 8 coverage offered far more than broadcast and cable television for those with access to broadband, the In2TV will provide free access to TV shows that are otherwise unavailable. However, the service limits viewing to certain episodes, stratifies audiences through offering high quality resolution only to AOL broadband subscribers and provides only content owned by the corporate conglomerate. Concerning universal appeal, the vintage TV programs bring with them the contested representational politics of their time, but this look back reminds us of a time before the broadcast networks spun off their multiethnic casts and working class characters to minor broadcast networks and niche cable channels (Gray). Users can watch when they want to, but fair use is curtailed in that users cannot skip commercials or copy episodes to other devises – only excerpts can be emailed to friends and potentially transferred to cell phones. While less expensive and more extensive than the video iPod, In2TV’s linking corporate content to its Web portal creates promotional synergies rather than accessible platforms for TV distribution.

Case #3. The BBC is using file-sharing technology to test a service for 5,000 users which offers BBC programs online for up to 7 days after they air. While the BBC says it will offer 500 shows each week, only BBC-owned programs and those with secured transmission rights will be available. While this far surpasses the commercial initiatives in the US, there are limitations. In using Microsoft’s digital rights management system, users are prevented from e-mailing or copying programs to other devises. It is not clear why time-shifting is limited to 7 days. System capacity might be a reason for the limited test, but the BBC’s public broadcasting goal of providing a national service to create a sense of shared culture might also motivate a design that encourages a shared weekly viewing experience. The service is also limited to those with UK e-mail addresses, which protects the BBC’s commercial business of selling international rights to programs. (However, those outside the UK can access live streaming of some BBC channels and other international broadcast channels over free services such as Beeline TV and TV4All or subscription services such as NeepTV and Netspan TV – none of these offer time or space shifting.) While the BBC test case demonstrates the importance of public ownership for making programs available free online, critics have argued that citizens would be better served if all public and commercial broadcasts were available online through a single Web site. 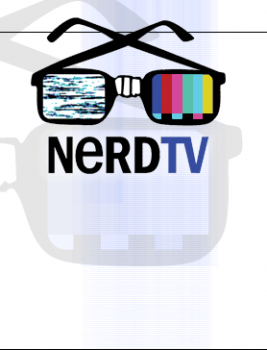 Case #4. PBS has been slow to make their programming available online but it has recently initiated a series of Web-exclusive one-on-one video interviews with technology gurus including Sun Microsystems co-founder Bill Joy, spreadsheet inventor Dan Bricklin and Apple Computer co-founder Steve Wozniak. Because the appropriately named NerdTV is distributed under a Creative Commons license, viewers can legally copy episodes to other devises, email them to friends and edit their own versions. Public ownership under open source licensing clearly surpasses the other cases in realizing our broadcast principles. However, the racial and gender politics of geek TV were manifest when in the 9th episode the program’s host admitted that viewers had criticized the series for interviewing only white males on its first 8 episodes – the show interviewed the tech savvy fashion model Anina in the 9th episode.

Considering these 4 cases of Internet/TV convergence, if Web 2.0 no longer frames the Internet’s video potential in opposition to the old medium of television, these nascent examples reveal that the promises of television over the Internet could learn much from the ethics of television’s broadcasting past. Rather than as an old medium that breeds passivity and low uniformity, let’s embrace television for its ethics of universal access and broad appeal, and for its ideals of commonly held resources and spirit of cross-cultural encounter. Web 1.0 hailed from a neo-liberal ethics of venture capital speculation, government deregulation and a spirit of individual choice and personalization widely encapsulated in the classical economic speak of “video on demand.” Web 2.0 frames Internet TV very differently, as is exemplified in the words of this journalist: “[c]onsumers are rushing to hook up high-speed broadband connections like it is a vital new utility. And in many ways it is – a sight, sound and motion utility becoming as important to consumers as electricity or as TV” (Oser and Klasseen). Broadband, electricity and TV are the public utilities of the Web 2.0 age. Let’s treat them as such and continue to advocate for universal access to broadband, fair use in audio/video, and the public initiatives to ensure this –from continued support for public broadcasting to municipal-run broadband systems. One of the reasons for Web 1.0’s demise is that the internet provided so much free content that users were loath to pay for it. In that spirit let’s all just say no to the video iPod, even if your favorite TV show is “Lost” or “Desperate Housewives.”

Lessig, Lawrence. The Future of Ideas: The Fate of the Commons in a Connected World. New York: Random House, 2001.