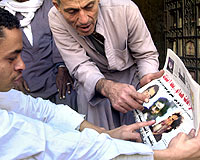 In Part 1 of this article that appeared in Volume 3, Issue 2, I introduced to critical media studies practitioners a human rights legal mode of examining the problem of media intervention in post-conflict societies. Media intervention refers to the means of getting involved in a humanitarian crisis where there is evidence that the media space has been manipulated to incite hatred and violence. In post-war times, as in present-day Iraq, the intervention switches to a focus on the redevelopment and democratization of the damaged media space. In this second part of a three-part exploration, I turn to international human rights norms that justify the legality of media intervention practices. In the next and final part, I will examine the problems faced by Iraq regarding the media intervention projects conducted by the interim government before the current moment of constitution legislation.

In international law, the primacy given to the jus cogens principle of non-interventionism presents a serious legal challenge to the media intervention model. The same principle also tends to underline international telecommunications law governing territorial sovereignty with respect to the protection of airwaves and the flow of information. The principle of non-intervention has clearly appeared since the creation of the League of Nations. Explicitly, Article 2(7) of the UN Charter states that “[n]othing in the present charter shall authorize the United Nations to intervene in matters which are essentially within the domestic jurisdiction of any state.” Some United Nations General Assembly declarations have also enshrined this principle, such as that on Principles of International Law concerning Friendly Relations and Co-operation among States in accordance with the Charter of the United Nations (G.A. Res. 2625 (XXV), 24 Oct. 1970). Although not legally binding, these Declarations establish that every state is sovereign and equal in law vis-a-vis every other state.

If the veneer of humanitarian intervention has been demystified and hence its legal basis denied, how can media or information intervention campaigns be executed legally? For those who endeavor to advance media intervention as a human rights practice, the UN Charter has indeed provided an inspiring source of legal support. The Charter can authorize Security Council resolutions in order to extend humanitarian aid to conflict-ridden zones. Yet there is a stronger ground for the Charter to exert authority into sovereign states, and that is through the very concept of constitutionalism. Insofar as governance and self-determination within a state rests on constitutionalism, at least two legal consequences follow. Besides the obligation to protect “the just requirements of morality, public order and the general welfare in a democratic society,” the state’s constitution is at the same time bound to international legal obligations through the UN Charter and other international treaty norms. In the relationship between national constitutionally derived obligations and international norms, a given state and its sovereignty is rendered not an absolute or exclusive sovereignty. Under Article 41 in Chapter VII of the UN Charter, the Security Council may decide measures to maintain peace and security, including “complete or partial interruption of economic relations and of rail, sea, postal, telegraphic, radio, and other means of communication, and the severance of diplomatic relations.” As such, a UN-authorized information intervention campaign aimed at restoring peace and security (or aimed at thwarting media outlets that threaten peace and security, or impede the effect of prior Security Council resolutions) appears to be prima facie legal. 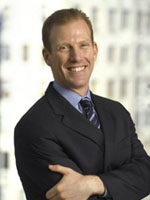 One form of aid that the Security Council can authorize in the area of information intervention is the facilitation of “peace broadcasting.” Jamie Metzl defines peace broadcasting as “any non-incendiary transmissions broadcast from an intervening state directly into a target state as part of the intervening state’s attempt to prevent or stop a human rights crisis.” Aided by the vast technical capability of media broadcasting across national territories today (e.g. through Direct Broadcasting Satellites), non-incendiary transmissions broadcast can therefore be presumed to be a legal practice as long as it satisfies humanitarian obligations. Further, peace broadcasting can be seen as a pre-emptive action that does not necessarily violate the non-intervention principle.

Further legal justifications can be found in international treaties. Article 19(2) of the ICCPR provides for the right to freely receive information regardless of frontiers. Even more broadly, media intervention aimed at preventing mass suffering can be justified legally by applying Article 20 of the ICCPR. Article 20(1) states that “[a]ny propaganda for war shall be prohibited by law,” while section (2) states that “[a]ny advocacy of national, racial or religious hatred that constitutes incitement to discrimination, hostility or violence shall be prohibited by law.” Moreover, the International Convention on the Elimination of Racial Discrimination condemns all dissemination of ideas of racial superiority by individuals or organizations that incite racial discrimination. In still broader terms, the American Convention on Human Rights prohibits any advocacy of hatred that constitutes incitements to lawless violence “on any grounds including those of race, color, religion, language, or national origin.” Further, the European Convention on Human Rights also puts restriction on freedom of expression should speech or any other activities are aimed at the destruction of other rights and freedoms set forth in the Convention (Article 17). Undoubtedly, it is the Convention on the Prevention and Punishment of the Crime of Genocide that provides the strongest and clearest statement allowing media interventions. Article III (c) makes explicit a punishable crime to the “direct and public incitement to commit genocide.” Formerly appearing under the name of “crime against humanity” used in the Nuremberg trials, the crime of “incitement” to commit genocide has been identified today largely with media outlets and practitioners, as seen in the high-profiled ICTR trials and convictions of media personalities responsible for spreading hate speech that led to the Rwandan genocide. This and other legal precedents can be cited to lend support the need for preventive, pre-emptive, and proactive measures to predict and intervene in potential mass suffering due in part to the role of incendiary media.

Notes
Jamie F. Metzl, “Information intervention: When switching channels isn’t enough,” 76(6) Foreign Affairs, 15-21 (1997).
See, for instance, Hussein Amin, “Social Engineering: Transnational Broadcasting and Its Impact on Peace in the Middle East”, available at http://lass.calumet.purdue.edu/.
Unfortunately, the Rwanda tragedy was partly the result of a total lack of political will in the international community to intervene. Likewise, the Bosnian war led to the Dayton Peace Accord that contained next to no provisions about the media. Weak international intervention prolonged these wars. See Alison Des Forges, “Silencing the voices of hate in Rwanda,” in Forging Peace (eds. Peter Krug and Monroe Price. Edinburgh: Edinburgh University Press, 2002), at 236-256. See also Mark Thompson and Dan de Luce, “Media intervention in Bosnia and Herzegovina,” in Forging Peace, at 201-235.