Get Lost in a Good Story: Serial Creativity on a Desert Island

“The intent seems to have been to alleviate one of the oldest problems of the continuous-serial form, that of stimulating and maintaining interest in plot points in an acceptable manner — what I will hereafter refer to as the ‘surprise/acceptability problem.'” 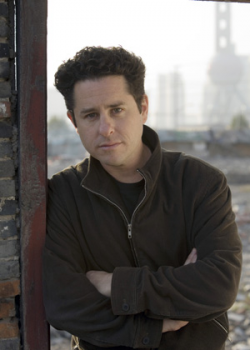 In a column in Entertainment Weekly entitled “Lost’s Soul,“ Stephen King offers some fascinating speculations on what lies ahead for a series he has touted as the best on the small screen. “There’s never been anything like it on TV for capturing the imagination,” he insists, “except The Twilight Zone and The X-Files.” And yet he fears Lost might succumb to the same serial narrative fate as the latter, a great series that ended badly because it violated the Nietzschean dictum to “die at the right time,” remaining faithful instead to what King deems “the Prime Network Directive: Thou Shalt Not Kill the Cash Cow.” “I could have throttled the executives at Fox for doing that, and Chris Carter for letting it happen,” King rants, and he has no desire to experience deja vu all over again.

As ABC’s Lost continues to be a mainstream top ten show and an international cult phenomenon, engendering enthusiastic fan behavior, the extraordinary tests faced by the Lost castaways may pale by comparison to those J. J. Abrams, Damon Lindelof and company have and will face. Not since Lynch and Frost’s Twin Peaks, another rule-breaking, genre-defying ABC series that started strong but flamed out in its second season, and Carter’s X-Files, a Lost ancestor text with a perplexing mythology that perpetually promised but seldom delivered solutions to the myriad puzzles it raised, alienating its fans in the end, has an episodic television series been required to navigate a more dangerous narratological Scylla and Charybdis.

How can Lost sustain its suspense while retaining the good faith of and credibility with a deeply inquisitive viewership, determined to puzzle out its mysteries? Can it become a “long haul show” (Sarah Vowell’s term) while maintaining immediate water cooler buzz? How can Lost‘s creative team out-imagine its obsessed, ingenious fan base? (“People who post online — they’re infinitely smarter than anyone working on the show,” J. J. Abrams effused on The Jimmy Kimmel Show.) The conundrums, and pitfalls, of “serial creativity,” as Marc Dolan has cogently articulated them, “are enough to intimidate any narrative genius.” Must Lost, of necessity, eventually disappoint? A “serial killer,” if you will, is loose in the medium of television. Will it claim Lost as its latest victim?

When given the opportunity to colonize the dream space of a South Pacific island, Abrams and fellow prime mover Lindelof both felt the need for it to be something more than Gilligan’s Island, Cast Away, Robinson Crusoe, Lord of the Flies, Survivor, Watership Down, Alice in Wonderland, The Stand, A Wrinkle in Time — all identifiable Lost ancestor texts. To a question about why his new creation needed a monster and all the other mysteries of the island — why it couldn’t just be a drama about survival — Abrams replied:

“It wouldn’t work for me. Personally, [the monster is] what interests me. Someone else I’m sure could do the show with that absent from it entirely, but it wasn’t the version I was interested in. . . . Increasingly it became clear that it was about adding an element that was, for me, hvper-real. . . . It’s just my tendency. Whether it’s smart or successful storytelling or not, it’s just what interests me” (qtd. in Gross, 36).

Lost, of course, is not just a series about a monster, and its ongoing enigmas are not just island-specific. It’s an anthology series, as well, with the complex, fecund, multi-genre pre-crash backstories of fourteen characters (fifteen, if we count Vincent the Dog) to tell.

Despite such narrative potential, Lost‘s ongoing development has nevertheless faced challenges from both above and below, from network doubts as well as fan demands. Both before and during Lost‘s first season, ABC made its concerns about the show’s course well known. A Daily Variety story reported in July 2004 that the network had expressed alarm over the series’ fear factor, evidently worried too much of the scary might drive away viewers, especially in Lost‘s early evening time slot. In mid-season, Joss Whedon-alum David Fury, who had been a major contributor as both writer and director for both Buffy the Vampire Slayer and Angel, reported in an interview in Dreamwatch that network interference had intensified. 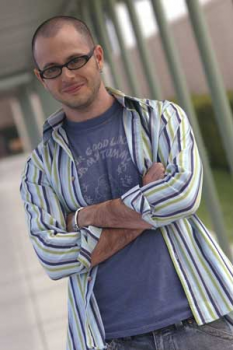 “We didn’t run into [it],” Fury would admit, “until roughly around episodes nine [“Solitary” — written by Fury] and 10 [“Raised by Another”]. We were starting to make some choices that definitely terrified the network. There was a feeling on our part, particularly Damon’s, that we need to goose things and take it a bit further. So in terms of “network interference,” there were a lot of meetings at that time about the direction of the show” (qtd. in DiLullo, 41). Why would a network that once had the audacity to air Twin Peaks, one of the most bizarre series ever to air on the small screen, be apprehensive about the plans of Lost‘s creative team? Had not the greatest puzzle TV had proffered since the question of “Who shot J. R.?” in 1980 — “Who killed Laura Palmer?” — been satisfactorily answered right there on ABC? Laura, it was quite clear, had been killed by her father while under the control of BOB, a psychopathic supernatural parasite emanating from the ghostly Black Lodge which manifested periodically in Glastonbury Grove outside the town of Twin Peaks! As Twin Peaks finally began to disclose its “answers” in its second season, such as the identity of BOB, the ratings had, of course, plummeted.

But that was so last century. Surely ABC couldn’t be worried that its new Goose That Laid the Golden Nielsens would be destroyed by the “goosing” Abrams, et al., were contemplating. Weren’t the fans anxious to be goosed? Fury, who has since left the show, admitted to “a frustration . . . as a viewer, in that I’d like some clearer answers [to Lost‘s mysteries], but those answers were resting in the area of sci-fi and that’s where we had to draw the line” (qtd. in DiLullo).

Using a metaphor drawn from one of Lost‘s genetic ancestors, Fury even managed to find a way to make this triangulation sound like a good thing: “We are respecting the network’s desire to not make the show too “out there” too fast. . . . We were trying to approach the show from the Scully perspective and always try to have a reasonable explanation for everything, despite anything that seems out of the ordinary. That was our self-imposed mandate because the networks are scared of genre television” (qtd. in DiLullo, 41; my emphasis).

Hyper-conscious of the classic “surprise/acceptability problem” Marc Dolan identifies (see the epigraph above), Fury knew very well that such a situation, as King, too, has reminded, has inherent risks: “there is the challenge of how long an audience will be invested in the show and in these characters without getting enough concrete answers.” If, Fury thought, “we answer some of these questions, and if we do it in the most reality based way, I think people will feel cheated.” On the other hand, supplying answers to Lost‘s enigmas “in the most interesting sci fi way” could well result in “alienat[ing]” — a telling word choice — “the core audience of the series” (qtd. in DiLullo, 41-42). Did I mention that Fury is no longer with the show?

Now, at the beginning of its second season, with Lost the most-imitated show on television and all the networks, judging by this fall’s offerings, no longer concerned that SF/fantastic story lines might drive viewers away, the series remains firmly perched on the horns of its indigenous creative dilemma, though we have at least now gone down the hatch. Lindelof and Cuse’s three-part finale last spring gave with one hand and took away with the other. We were left wanting to know more about the crash itself, but only saw the survivors boarding the plane and learned nothing new about the flight itself or the crash. We longed for insight into the mysterious numbers, and though the proliferating 4, 8, 15, 16, 23, 42 had repeated cameos, they remained inscrutable. We saw (and heard) more of The Monster than ever before, and yet it still dwells in the mystery. We met The Others (we think) but still have no idea who/what they are and why they were wearing winter clothes. The hatch was opened, but we still had no idea until this week where or to what it lead. And, by all indications, the fan-base was not entirely pleased by the lack of answers. Entertainment Weekly reports that throughout the summer of 2005 the cast had to endure “the brunt of fan angst” (Armstrong 2005). David Fury had insisted last season, after all his laments about network interference, that Lost “is and always will be an unfolding mystery” (qtd. in DiLullo, 41). Did I mention he’s no longer with the show?

From the outset, Abrams and company have insisted the story they want to tell is complex enough to take years to tell (Nelson, 12). ABC Entertainment President McPherson confirmed that “We have a good sense of where a lot of the bigger arcs and mysteries are going well beyond this year” (Hibberd). We could be Lost for a very long time, but if we remain at the same time completely “lost,” then the series will have failed to triumph against the intimidating challenges of serial creativity on a desert island.