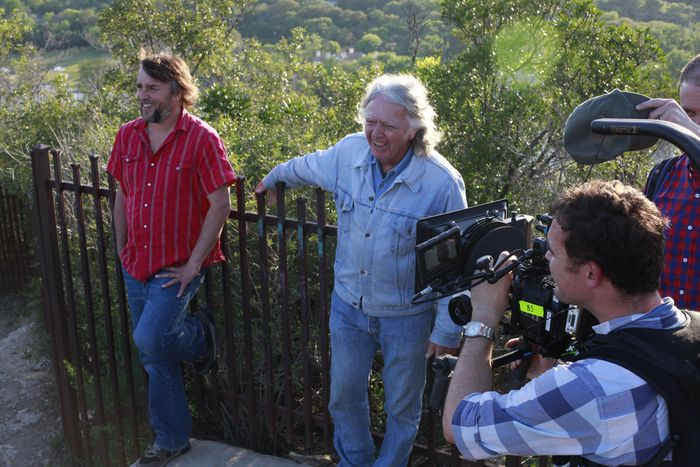 Double Play: James Benning and Richard Linklater is the freshman effort of director Gabe Klinger, a Chicago-based film scholar and teacher. Winner of the 2013 “Venezia Classici Award for Best Documentary on Cinema”—a very self-reflexive, industry-specific category awarded for the first time this year—Klinger’s film documents the friendship and divergent career paths of filmmakers Benning and Linklater through their shared love of film and sports.

When I used to teach freshman composition, I always told my students, “If your quotations are the highlight of your paper, there may be something wrong with your prose.” Of course, if you’re writing a paper about Shakespeare, or any of our other collectively agreed upon literary idols, it seems inevitable that your work will be found wanting.

Filmmakers run the same risk when they make films-about-films, or films-about-filmmakers. Particularly when they try to mimic the style of their subject. Oh, you want to make a documentary feature about Welles, and film it like Citizen Kane? Good luck. You might as well try to re-make Psycho while you’re at it. (I’m looking at you, Gus Van Sant.)

Contrary to the misleading, tightly-cut trailer released for the festival, which also features an upbeat saxophone-happy sountrack, Double Play is neither tightly-cut nor upbeat. Klinger instead takes up the filmmaking techniques of his subjects as his own. The contemplative static shots and non-narrative structure of Benning’s rural experimental films is melded together with the free-form dialogue sessions native to Linklater’s features.

Benning and Linklater chat about filmmaking over a game of catch, while shooting hoops, and hitting tennis balls on the court at Linklater’s country home outside Austin, Texas. They discuss their methods and their place in (or out of) the Hollywood industry. All of which is intercut with footage from Benning and Linklater’s own films. We see Benning’s 13 Lakes (2004) and Ten Skies (2004). Linklater’s Dazed and Confused (1993), Slacker (1991), Before Sunrise (1995), and both its subsequent sequels are clipped; Linklater even offers a sneak peek of his next film Boyhood, which has been 12 years in the making.

As a showcase for Benning and Linklater, Double Play is well-designed. Klinger’s minimal directorial intrusion gives the sharp, witty personalities of these men the room to breathe. Free to talk about how and why they make film, it is their films that become the stars of the picture. Double Play will leave you wanting to re-live the adolescent angst and triumph of Dazed and Confused, or to stare contemplatively at Benning’s technical masterwork in 13 Lakes, which overlaps 13 separate static shots of great lakes in the U.S. into one image. 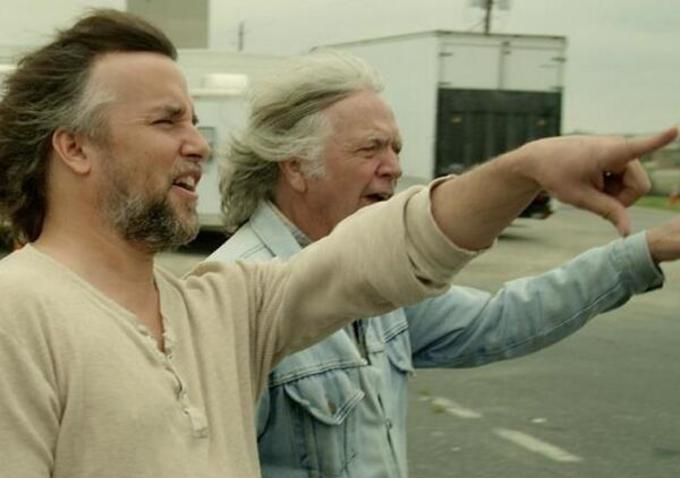 There is, however, minimal intrusion-by-design, and then there is film that is simply uncontrolled. At times, this veers toward the latter category. In an early scene set at the parking lot of Linklater’s Austin-based film studio, Benning remarks on his previous trips to this spot. But Klinger never tells us where we are, or that this used to be the Austin airport into which Benning flew when Linklater originally invited him to speak at the Austin Film Society in the 1980s, an organization co-founded by Linklater. Instead, Linklater provides the context here, initiating the role he will take on for the entire film: explainer. Clarifying his and Benning’s remarks throughout the film, perhaps Linklater as a fellow director sensed Klinger’s lack of control and wanted to help him out. Or perhaps it is simply in Linklater’s personality to clarify, contextualize, and continually put things into his own words—an assertion his films could certainly support. And it may be that this is an aspect of Linklater’s personality Klinger decided to showcase. Whatever the explanation, it does not change how Linklater appears: he is a subject of the film, but comes off as the director. We as viewers would be lost without him, and it is hard to excuse this fact even if the style of Double Play was designed to be minimally intrusive.

A subject who overwhelms your film is not just the nature of all films-about-filmmakers. Chris Marker’s 1985 A.K., a documentary on Akira Kurosawa is still very much Marker’s film. Directed by John Ford (1971) is very much a Peter Bogdanovich film, just as Wim Wender’s Tokyo-Ga (1985) is clearly a Wender’s picture about filmmaker Yasujiro Ozu. Double Play, however, doesn’t feel like anyone’s picture. If pressed, I’d say it’s co-authored by Benning and Linklater. It is their direction and the warmth of their friendship that make the film enjoyable. Even if you are unfamiliar with their work, the conversations between the two are as engrossing as they are inviting. Conspicuous filming subjects, together with an equally prestigious (if esoteric) festival award, may have raised Klinger’s profile as a filmmaker. But directorial style and control will remain what needs to be proven with his next picture. 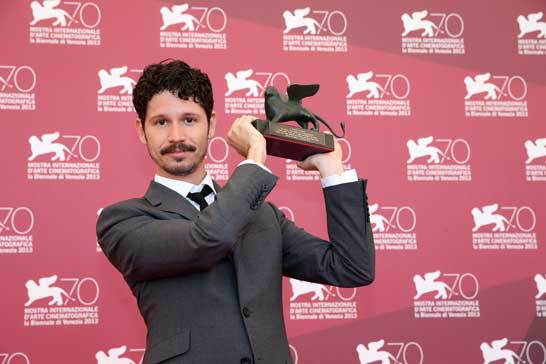 Klinger at the Venezia Classici Awards