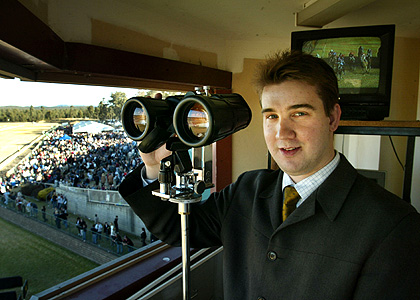 Television broadcasters are experiencing the first genuine challenge to their hegemony in the transmission of popular sports events and reports for many decades.  Their dominance is arguably traceable to the BBC’s nation-building sports broadcasts of the mid-1920s and to the 1939 Gillette-sponsored World Series broadcasts that were followed by a sales increase of their razors by 350 per cent.  TV’s hold on sport was enhanced by the incredible ratings success of the American Super Bowl, an event initiated in 1967 that quickly evolved into a model for television sports media events, and by the summer Olympic Games, particularly after the 1984 Los Angeles Olympiad, with its emphasis on sponsorship, product licensing and ‘showbiz spectacular’ opening and closing ceremonies.  The challenge to television broadcasting is being posed by telecommunications operators and digital media companies who are increasingly major players in global professional sport.  Indicators of altered market conditions are, for example, evident in Europe, Asia and Australia.  Recent deals have seen France Telecom’s Orange purchase IPTV and mobile rights to French Ligue 1 football, and Singtel (controlled by the Singapore Government) acquire the internet rights for Italy’s top tier domestic association football (soccer) league, Serie A.  In Australia – popularly mythologised as a sporting nation – the dominant telecommunications company, Telstra, holds exclusive online rights to three of the most popular spectator sports, Australian football, rugby league and V8 Supercar racing, all involving multiple-year deals valued in the tens of millions of dollars.  The financial muscle of the telecommunications sector underlines the fact that broadcasters should be worried about the contestation of their historical dominance of the media sport market.  Again using an Australia example, telecommunications carriers reported annual revenues of AU$25.2 billion in the 2006-07 financial year, approaching four times that of broadcast and subscription television broadcasters (AU$6.9 billion). 1 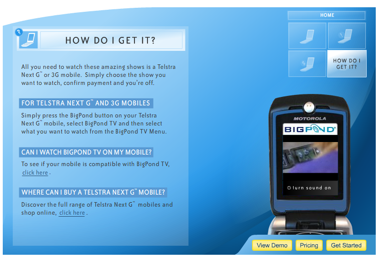 These developments can be explained by the growth and the increasing functionality and capacity of the internet and world wide web, which now serves an estimated 1.5 billion people worldwide.  When fans talk of the screen that delivers them footage and news about their favourite sport, many now mean the computer screen as well as television.  While some assessments of this change might appear little more than overblown ‘cyberbole’ 2 peddled by misguided futurists and would-be prophets of the digital age, the current epoch does, in fact, represent a seismic event in the history of sports media.  We are experiencing the birth of a new media sport order not dissimilar to the 1960s, when television began a sharp ascent as the most popular medium delivering sport to viewers and advertisers, a progression that shifted the roles of print and radio, but, importantly, also failed to signal their redundancy for sports coverage and reporting.  In other words, all three media continued to cover sport, but there is no doubt that the media sport ecology determining the economics, administration and form of professional sport was changed forever by the rise of broadcast television.

The most obvious weapon possessed by television broadcasters to slow the inexorable march of digital networked media is their grip over the rights to live sports events. 3 Reliable access to quality footage depicting the drama and unpredictability of live sport is a major magnet for audiences and advertisers, particularly when combined with the ritualistic experience of coming together with friends and family to share the moment in communal social spaces, be they at home, in pubs and clubs, or at ‘live sites’ located in public squares and parks.  The Super Bowl and FA Cup Final are cases in point here, watched by both passionately committed fans and casual observers interested in witnessing a major event on the media and sporting calendar. 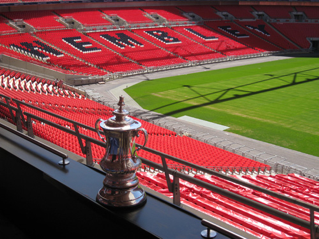 But even these moments increasingly involve online media, as is indicated by the spread of Internet Protocol Television (IPTV) and live online streaming services, particularly for those watching an event overseas.  Broadcasters and sporting bodies are also susceptible to the problem of digital pirating of live events, with streaming directories such as channelsurfing.net having, for example, managed to hijack a major football final in Australia, much to the frustration of the broadcast rights holder.  The powerful English Premier League, which generates well over US$1 billion in annual revenue, has been reduced to calling for UK Government intervention to help combat a growing piracy problem. 4 The problem for sports and their broadcast partners is that the operators of illegal sites are hard to find, expensive to shut down and, even when apprehended, quickly replaced by another directory.  Then there is the complex question of whether those users accessing these sites actually regard what they are doing as wrong, especially when a popular hacker catchcry such as ‘information wants to be free’ can be easily mobilised to justify consuming expensively acquired mediated sport action at no charge.  Also, unlike the broadcaster, telecommunications providers supplying access to the internet collect income from user plans and download charges irrespective of whether user activity is authorised or unauthorised.  They are also increasingly refusing to abide by the old so-called 3 x 3 x 3 ‘gentleman’s agreement’ between rival TV broadcasters, that non-rights holders should, in the name of ‘sports news’, only show three minutes of another broadcaster’s footage, three times a day, three hours apart.

A recent world’s first Australian Government Inquiry into sport and digital news media revealed starkly many of the changes discussed so far. 5 Bringing together many major media companies and sports organisations, in addition to the International Olympic Committee (IOC), the World Association of Newspapers, Reuters News, and Agence France-Presse (AFP), submissions and witnesses mapped out and debated the shape and operation of the media sport market in a digital age. 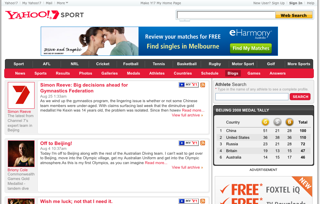 This Inquiry, according to one sports analyst, was of significant interest to major sports leagues internationally, with ‘All sporting bodies from FIFA to the English Premier League, PGA [Professional Golfers Association] and LPGA [Ladies Professional Golf Association] are going to be analysing this [Inquiry] very carefully’. 6 Even less than twenty years ago, the notion that telecommunications and digital media companies such as Yahoo!7 and Hutchison Telecoms would appear at an Inquiry into the sports media market would have been improbable.  The fact that both companies hold important media rights to online Olympics coverage (Yahoo!7) and mobile coverage to domestic Test cricket (Hutchison) makes the scale and rate of change since the passing of the analogue era clear.  The Senate Committee’s final report offered no comfort to sports and broadcasters seeking to protect their long-standing and profitable compact in the delivery of professional sports coverage to consumers.  In the face of an incursion by telecommunications and digital news media providers, the Committee found no public benefit in the idea that they should help guarantee the established revenue streams of major professional sports. 7 The Committee was unpersuaded by the arguments put forward by major sports organizations that they were non-profit making entities dedicated to the public good, or that they should be allowed to treat all the action on the field of play as their intellectual property – a position that, if accepted, could render any sports reporting a breach of copyright.  Amongst a raft of findings, this was a telling conclusion, announcing loudly that the advent of a convergent media culture means that the game is no longer the same for broadcasters, sports or fans.