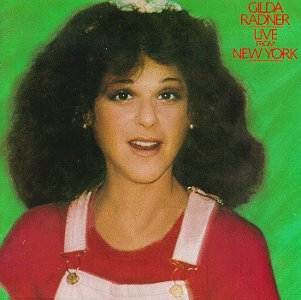 This disco-inspired parody of the Jordache jeans commercial was the seventh appearance of Gilda Radner as “Jewish American Princess” Rhonda Weiss. The 60-second commercial ends with the tag line: “You don’t have to be Jewish to wear Jewess Jeans,” and Gilda/Rhonda’s immediate on-camera reply: “But it wouldn’t hurt.”

The commercial aired at the end of what many consider Saturday Night Live‘s greatest period: its first five years under executive producer Lorne Michaels from 1975-80. What Gilda Radner and the writers of Saturday Night Live had done was puncture one more longstanding taboo of network television.

But this taboo had been a particularly strong one. David Zurawik, along with Neil Gabler,2 Steven Carr,3 and other film and popular culture historians, have detailed the ways in which the Jewish “moguls,” whether they ran studios or were executives of television networks, were ever apprehensive about material they considered “too Jewish.” As Zurawik points out in The Jews of Prime Time,4 these television executives had motives that were deeply ambivalent and social-psychological at root. Their decisions had more to do with their own self-perceived fragile positions as assimilated American Jews than the economic arguments they marshaled against Jewish characters and themes on television. 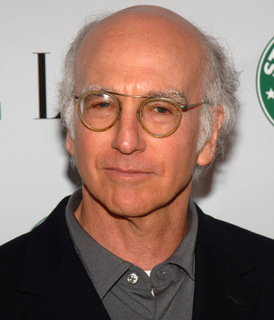 Larry David, the creator of Seinfeld and Curb Your Enthusiasm

The “too Jewish” taboo was still alive and well at the end of the 1980s. One notable example of how strong the network executives’ instincts were against programming that “outed” Jewish humor came with the initial pitch by Jerry Seinfeld and Larry David for Seinfeld at NBC. With only six million or so Jews in the total U.S. population, for a television executive like Brandon Tartikoff at NBC a show featuring a Jew “could never find a large enough audience to be commercially viable.”5 Though himself Jewish, Tartikoff was ready to nix Seinfeld before its first episode. It was saved only by the forceful intervention of another, non-Jewish television executive.

Noting Tartikoff’s reluctance to air the show at all, when Seinfeld and co-producer Larry David launched the show in 1989 they cautiously obfuscated specific Jewish identity on the show. The “cultural ambiguity” of the Jason Alexander/George Costanza character was a case in point. Costanza’s parents, played by Jerry Stiller and Estelle Harris, wanted more specific instruction on their ethnic origins. “When I first started on my first [episode of the series], I went over to Larry David,” said Harris. “I told him that it would help my motivation to know what the Costanzas are. ‘Are they Spanish? Are they Italian? Are they Jewish?’ And he said, ‘You don’t have to know.’ And that was the only answer I ever got, really.” Stiller’s response to the matter: “I think we’re a Jewish family in the Witness Protection Program under the name Costanza.”6 With some exceptions on Seinfeld (for example, the notorious shaky-handed “mohel” episode directed by Larry Charles),7 it was only after Larry David went to HBO for the first five years of Curb Your Enthusiasm 2000-2005 that Jewish identity and Jewish culture became specific (and regular) targets of his satire.

The Costanzas from Seinfeld

In the winter of 1980, therefore, Gilda Radner’s “Jewess Jeans” satire was raw and in-your-face. The “Jewess Jeans” commercial was not the first of Radner’s appearances on Saturday Night Live as the “Jewish American Princess” character Rhonda Weiss, it was her seventh. In all, Radner performed seventeen characters during those first five years on the show, including “bumbling Emily Litella, scatterbrained Roseanne Roseannadanna, and nerdy Lisa Loopner.”8 But it was as a Jewish woman performer relishing a Jewish American stereotype, enjoying it, and turning it on its face that Radner broke a new glass ceiling on this issue. Not until almost thirty years later would the word “Jewess” be reclaimed with a note of third-generation “Heeb movement” celebratory pride in on-line and print forums like the Jewish Women’s Archive’s blog “Jewesses with Attitude,” Rebecca Honig Friedman”s “Jewess,” and Ophira Edut’s “The Jewess is Loose!”9

Gilda Radner herself had always been comfortable with her Jewish identity. It was one of the first things her new husband Gene Wilder noticed about her when he met and eventually married her in the early 1980s.10 Born June 28, 1946, into the prosperous Detroit Jewish family of Herman and Henrietta (Dworkin) Radner and older brother Michael, Gilda Radner’s grandfather, George Ratkowsky, had emigrated from Lithuania to New York City, and later to Detroit, where he established a successful kosher meat business. Her father, despite only a fifth-grade education, made the family fortune from an Ontario brewery he purchased in the 1920s. “While not religiously observant in her adult life, Radner had a clearly Jewish upbringing. Her brother had a bar mitzvah, she attended Sunday and Hebrew school, and sat shiva for her father when he died.”11

Executive producer Lorne Michaels was also comfortable with the Jewish satire. Born Lorne Michael Lipowitz on November 17, 1944, he had been part of a Toronto Jewish community that was comfortable with its identity and roots. Saturday Night Live performers attended seders at Michaels’ home, and he encouraged writers like Al Franken, Rosie Schuster (Michaels’ wife until their divorce in 1980), Marilyn Miller, Allan Zweibel and others to write material that took on Jewish cultural topics directly.

The “Jewess Jeans” parody was by no means the first or the last of the Jewish parodies on the show. Three years previously the famous “Royal Deluxe II” car commercial aired. In it a Rabbi performs a death-defying circumcision in the back of a car, complete with potholes, sudden road signs, crazy zigs and zags to “challenge” his skill.12 Parodies to follow included: a dating video sketch starring former series regular Gary Kroeger as a perverted dentist named “Ira Needleman;” a faux home-shopping program featuring a cheesy, underhanded Israeli electronics salesman played by guest host Tom Hanks, who also hosted the “Jew, Not a Jew” quiz game (with strong echoes of the famous Lenny Bruce routine); the “Minkman brothers,” Al and Herb, a pair of unscrupulous merchandisers played by cast members Christopher Guest and Billy Crystal in 1984; recurring segments by Linda Richman as a “Coffee Talk” yenta; a skit combining guest host Jerry Seinfeld, a Passover seder, and an unbelievably boorish Jewish family;13 and the famous Al Franken/Jon Lovitz “The Night Hanukah Harry Saved Christmas” sketch.14

So what was the secret? What broke the ice? What enabled Saturday Night Live to take on and demolish a show business taboo that was so powerful it almost kept Seinfeld off the air? The answer: a Jewish star who was comfortable in her identity and had star power, an executive who also had some power, was also comfortable in his identity and enjoyed poking fun at it, and a show that made it’s name by taking on idols and taboos in show business – and smashing them.

1. Gilda Radner on SNL
2. Larry David, the creator of Seinfeld and Curb Your Enthusiasm
3. The Costanzas from Seinfeld