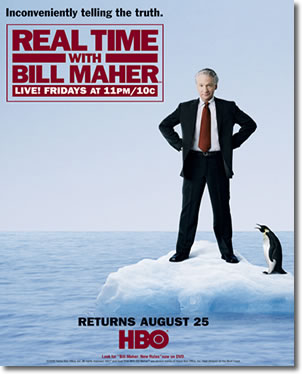 “We at FlowTV are dedicated participants in the democratic process, and we hope to publish a politically unbiased product.”
–FlowTV’s Call for Papers about Sarah Palin1

I am sure the author of the previous quotation had only the best intentions. That little caveat probably cut the number of submissions with needlessly incendiary epitaphs like “Jesus Freak” and “Hillbilly” in half. I get it. Sincerely, I do. But here’s the thing. Many of the most interesting media treatments of Sarah Palin have been satires. And when it comes to satire, “politically unbiased products” actually harm the democratic process far more than they help it. Take a look at the following pseudo-satirical comedy, parsed from several popular late night comics, and regurgitated on The Today Show shortly after Sarah Palin’s appearance at the Republican National Convention.

In retrospect, it is difficult to say which of the humorists featured in The Today Show review was most insightful. Was it Jimmy Kimmel, with his penetrating satire of Governor Palin’s convention speech? (“She promised a walrus in every igloo.”) What Alaskan Governor wouldn’t recoil at being taken down a couple of pegs by such a pointed jibe? Or maybe it was Conan O’Brien, who joked that Palin’s membership in the NRA “might explain why she is in favor of shotgun weddings.” Then, of course, there was Jay Leno’s observation about the potential Vice President’s penchant for hunting: “What could go wrong there?” Whatever one wants to call this type of mainstream humor, it is not political satire. Satire makes a serious political point. As Russell Peterson argued in Strange Bedfellows: How Late-Night Comedy Turns Democracy into a Joke, “in spite of the fact that comedy about politics is now as common as crabgrass, political comedy—that is, genuine satire, which uses comedic means to advance serious critique—is so rare we might be tempted to conclude it is extinct.”2

Peterson suggested that authentic political satire almost never appears on network television because serious criticism of political candidates and their policies is bad for business. Fortunately, for those of us who enjoy the genuine article, cable comics regularly take political risks that network comedians (with their larger and less homogenous audiences) dare not. When cable comedy is “quoted” on network television its sharp corners are regularly and purposefully removed. Notice the way The Today Show edited the previous clips so that the only genuine satirists in the bunch—Jon Stewart and Steven Colbert—were entirely defanged. At the hands of The Today Show editors, Jon Stewart, in particular, was transformed from the astute political satirist he often is into the flailing monkey Tucker Carlson always wanted him to be.

Network television comedy demands a strange brand of objectivity. As Matt Lauer put it in his introduction to the clips, “the late night comics, just as they did last week with the Democrats and their convention, have had a field day with the Republican National Convention this week.” The Today Show recap of “convention comedy” is a vivid example of what happens when the journalistic ideal of objectivity is applied to satire. Rather than seriously questioning their policies, or even their personal integrity, mainstream humorists simply reduce all candidates, regardless party affiliations or policy positions, into unflattering caricatures of themselves:

The bottom line of all the jokes about Bush’s dumbness, Kerry’s dullness, Al Gore’s stiffness, Bob Dole’s “hey-you-kids-get-outta-my-yard” crankiness, [and Sarah Palin’s rustic, M.I.L.F.-ishness] . . . is that all politicians are created equal—equally unworthy that is—and that no matter who wins the election, the American people lose.3 By presenting the political processes as a choice between evils, the equal-opportunity offenders who dominate late night network television actively promote disengagement from the democratic process—a process they feign interest in for comedic purposes only.

Although genuine satire often includes some of the same personal attacks as mainstream late night humor, it goes beyond mere “caricature assassination.” Take, for example, the following exchange about Governor Palin’s candidacy on Real Time with Bill Maher:

After about three minutes of a fairly banal discussion about whether a woman with children is capable of serving as Vice President, we see the kind of satire usually verboten on network television. It begins with Kerry Washington calling on the panel to discuss the real issues.

Kerry Washington: Let’s talk policy. Because I do think that if the candidates have agreed that certain family stuff is supposed to be off the table, I respect that. So let’s not talk about this teenager [Bristol Palin]. Let’s talk about the fact that Governor Palin supports abstinence education. And I find that often when you don’t give adolescents full information to make informed decisions about their sexuality, sometimes adolescents wind up pregnant. So let’s talk about the issues.

Dan Savage: You know what else we need to talk about? That Sarah Palin opposes abortion. [She] thinks it should be illegal in all cases including rape and incest, and yet praised her own daughter for the decision she made to carry this baby to term.

Scott McClellan: That’s fine. Talk about the issues is fine, and that’s perfect, that’s fair game. We should leave the family, the kids, alone. That’s a family matter.

Bill Maher: But they brought the family into it.

Scott McClellan: You’re absolutely right. It’s news because she is pregnant, and her mother is in the spotlight. That’s why it’s news. But we should leave it a family, private matter.

Bill Maher is not the garden variety “equal-opportunity offender.” His program lacks even the facade of neutrality or objectivity, and that is what makes Maher occasionally palatable to this critic—despite his rampant, and self-admitted, sexism. No network comedian would ever end a monologue with the line, “You know who is putting country first? I am, by supporting Obama.” More importantly, no network executive would sanction the mixture of humor and serious political dialog that regularly takes place on Maher’s program.

As a whole, political satire tends to be far less “jokey” than the broad commentary that passes for satire on network television. Kerry Washington’s statement, “So let’s not talk about this teenager. Let’s talk about the fact that Governor Palin supports abstinence education,” was not even meant as a joke. However, judging from their howling laughter, the irony that Palin’s policy clearly failed in the case of her own daughter was too much for several members of Maher’s audience. Dan Savage pointed out the additional irony that Palin publicly praised her daughter for making a “choice” that the Governor would like to take away. These are not the kind of “moose jokes” that everyone, regardless of political affiliation, can potentially find humorous. They are serious critiques of Palin’s politics.

The highpoint of Maher’s program was Dan Savage’s refusal to let Scott McClellan take the issue of Bristol Palin’s pregnancy off the table (as Republican Party talking heads have attempted to do ever since the matter first arose). Bristol Palin’s pregnancy is not “a family, private matter,” as Savage so eloquently retorted, because the Republican Party has “been politicizing the private conduct of American families for thirty years.” One of the reasons satire is an important form of political discourse is that it can skewer hypocrisy like this, and hold politicians and pundits accountable for the personal implications of their publicly espoused opinions.

This kind of humor is only possible when comedians have the latitude not to try to play things down the middle. Genuine political satire takes sides, and rarely takes prisoners. It communicates the idea that our political choices matter because one candidate is superior to another. As a result, unlike the majority of mainstream “moose joke” humorists, genuine political satirists encourage us to participate in the democratic process. Satire can be unbiased or it can promote deliberative democracy. As Dan Savage might say—we can’t have it both ways.

Author Bio:
Dr. Eric Shouse is an Assistant Professor in the School of Communication at East Carolina University. His teaching and research interests include rhetoric, cultural studies, and the role of humor in popular culture. He is currently working very hard thinking and writing about the proliferation of blasphemous humor in the digital age, whereas you have squandered your valuable time and energy reading his biography.