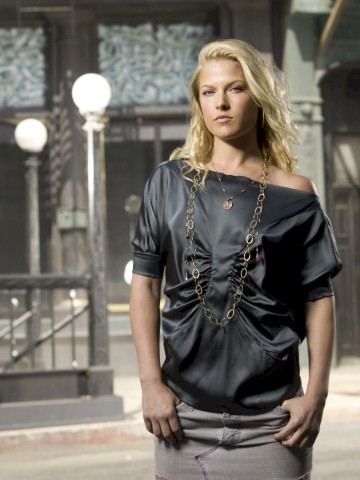 Niki Sanders, of the popular television show Heroes, is a supermom. Both a superheroine and a mother, she reflects a crisis of contemporary motherhood for women who internalized the doctrines of motherhood from past generations, but feel disillusioned by their expectations. The notion of the supermom was popularized during the 1970s, as women who struggled to “have it all” quickly realized that doing so meant taking on extraordinary burdens. While feminist rhetoric urged women to seek personal fulfillment and equality in the workplace, ideologies about women’s work, domesticity, and child-rearing did not accommodate that reality. Mothers who juggled their domestic responsibilities with work outside the home identified with the symbolism of the supermom as both empowering (mothers can do it all!) and overwhelming (mothers must do it all!). A post-feminist generation of women grew frustrated with the assumptions that they even wanted it all to begin with. Niki embodies the confusion about contemporary motherhood that makes the traditional notion of the supermom problematic.

At the beginning of Season One: Chapter Nineteen: “.07%,” Daniel Linderman narrated his reasons for collecting the paintings of Isaac Mendez. He called them “lives fixed in paint,” and described the image of Niki Sanders—her visage split down the middle to represent her as half Niki and half Jessica—as “a mother willing to fracture her own soul to protect her child.” This same logic was woven into the original supermom, as she took on dual roles in order to live up to culturally imposed expectations about the roles of mothers. Linderman believed it was this mother’s burden to bear schizophrenia for the welfare of her child. The good mother, Niki, could not co-exist with the superheroine, Jessica, because the bottom line for the two personalities was dramatically different. Niki put Micah first, always. Jessica did what needed to be done – indeed, she was so focused on her mission that she could be cruel and abusive. Jessica lamented that she was tired of “playing house,” and insisted that she would not be the “happy homemaker” forever (Season One, Ch. 15: “Run!”).1 She threatened Niki’s dream of providing a normal life for Micah (Season Two, Ch. 3: “Kindred”).2 This supermom was split in two, unable to integrate her two identities, to be both a superheroine and a mother at once. For many episodes of Season One, Niki was unaware that Jessica existed. The character perpetuated the unwieldy complication that has always plagued superhero comic books: superpowers and maternity cannot seamlessly co-exist. The social mores that govern what is appropriate behavior for mothers and the “job requirements” of the superheroine are in direct conflict: the former puts her children first, the latter eschews personal ties in favor of the greater good. It also echoes the decades long lamentation from working and single mothers, who are expected to take on so much that they “wish there could be two of them.”3

By the late 1970s, the supermom began to be “diagnosed” with “Superwoman Syndrome.” As its nickname reflects, the syndrome, likened to an ailment, involves taking on the burdens of two identities—work and motherhood. It causes stress, anxiety, and guilt for not living up to (often self-imposed) expectations. In Season Two, the director of “The Company,” Bob Bishop, told Niki that her “condition” was her brain’s way of dealing with the trauma of developing superpowers (Season Two, Ch. 8: “Four Months Ago…”). Bob’s explanation for Niki’s split personality was that she had a mental illness, and that her superpowers—her dual roles—caused a psychotic break.

This break functions as yet another metaphor for the notion of the supermom, as the psychological pressures of living up to cultural expectations present themselves similarly to schizophrenia. Some women sought therapy for their conditions as superwomen and by the late 1980s the supermom was even an obstetrical concern as women who tried to take on too much presented the need for new practices in pre- and post-natal counseling. Because Niki believed that she was sick, she took Micah to New Orleans to live with relatives and checked herself into a treatment facility (Season Two, Ch. 3: “Kindred”). “I’m sick,” she told Mohinder Suresh when he tried to release her from her physical restraints at The Company’s holding facility, “I didn’t think anyone could understand my problems… I gave up my son to be here. These are the only people who can help me” (Season Two, Ch. 5: “Fight or Flight”). She desired release from the anxiety created by her separate identities, and felt out of control.

Niki’s son, Micah, is her greatest weakness. When psychic villain Maury Parkman arrived at The Company to kill Bob Bishop, he disarmed Niki by honing in on her worst fear: Micah in danger. He also caused her to hallucinate images of her dead husband, D.L., who told her she was weak, a failure, and a bad mother (Season Two, Ch. 7: “Out of Time”).4 Superheroes are defined by their selflessness and their ability to work for the greater good. Thus one of the reasons that comic book superheroines are not mothers: their attachment to others would be too great; their love for their children could destroy them. While Niki was selfless, she was tied to her son and would sacrifice even the greater good to protect him. This impossible situation caused Niki to inject herself with the deadly mutated Shanti virus that could reverse superpowers and, eventually, kill its host. Niki injects herself to “get the nightmare out.” Symbolically, however, Niki’s self-injection affirms her desire to put an end to an identity that put Micah in danger. It enacts both the death of the superheroine and the death of the supermom, as Niki purges the side of herself that threatened the wellbeing of her child. 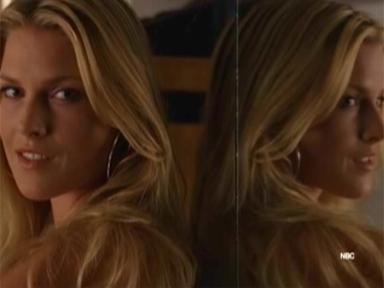 The post-feminist crisis of maternity is the realization that supermom does not work. Splitting one’s identity, wearing two hats, balancing separate spheres, juggling, stretching, wearing thin — none of these describe the way that contemporary mothers want to live. Today mothers have choices: they can go to college, enter professions historically dominated by men, and claw their way to the tops of corporate ladders. Are things equal? Not by a long shot. But the Women’s Movement did what it set out to do in making these types of opportunities available to its daughters. The spaces forbidden to those daughters, however, lay in the domestic realm. Whereas mothers relegated to the home at the time of the publication of Betty Friedan’s The Feminine Mystique5 did not have the option of seeking out education and employment, some of today’s mothers feel that their desire to rear children and keep house are equally culturally limited. Recent statistics suggest that women want to retreat and re-define domestic space as a locus of strength and rejuvenation rather than the prison previous generations considered it. A 2007 study conducted by the Pew Research Center found that 79% of working mothers would ideally prefer not to work full-time (80% of at-home mothers felt the same).6 Approximately two out of every three mothers with children under the age of three work, suggesting that there is a dramatic difference between how these mothers feel about ideal situations and the realities of their own lives.7) That split echoes a rift between ideology and practice and a dissatisfaction about the expectations of working motherhood. The home and its attendant responsibilities were largely represented as undesirable during the 1970s women’s movement; when mothers began desiring them, however, perhaps after having enjoyed college and a career, the meaning of supermom began to shift as well. She is still there, but she cannot automatically be assumed as identical to her origin story.

Niki-the-supermom is broken, unable to integrate her personalities: her ideals (the good mother) on one side and her job (the superheroine) on the other. Mothers today are confused by their own participation in the traditional ideologies perpetuated about motherhood, and their attraction to pop cultural representations of feminine strength and capability (particularly via the female action hero). They are pulled between so-called maternal instincts and the desire to make the most of the opportunities that the women’s movement won for them. The supermom, in original form, is dying, and Niki’s injection of the Shanti virus signifies that. But until we stop measuring motherhood by notions of “good” and “bad,” mothers will continue to develop split personalities as they try to find balance. At the end of Season Two, nothing about this supermom was certain. Niki was trapped in an exploding building, and Suresh has found the key to curing the virus. Season Three begins on September 22, and according to imdb.com, Ali Larter, the actress who played Niki Sanders, has a new character name: Tracy Strauss. Perhaps a new transformation is on the horizon.