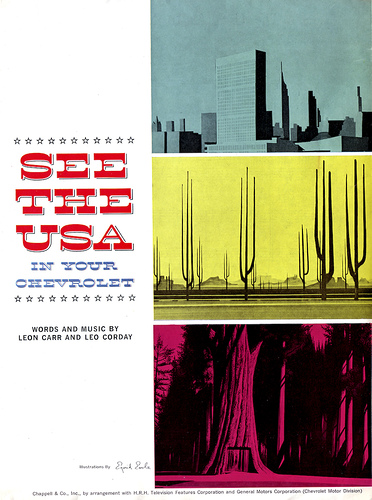 Chevrolet has historically used patriotism to sell its vehicles. In the 50’s, it was Dinah Shore, telling us to “See the USA in your Chevrolet. …America’s the greatest land of all.” In 1974, the company’s jingle linked “baseball, hot dogs, apple pie and Chevrolet.” From 1987 through 1994, Chevy’s pitch was The Heartbeat of America. (Interestingly, singer songwriter Robin Batteau wrote and sang both Chevrolet’s “Heartbeat of America” and “Be All You Can Be” for the US Army.)

So it shouldn’t have been a surprise when three decades later, Chevy introduced their “Our Country. Our Truck.” campaign to promote its Silverado trucks. For those who have managed to miss these ads, some background may be necessary. For those who long ago grew weary of the ads, some details about the campaign may be of interest. 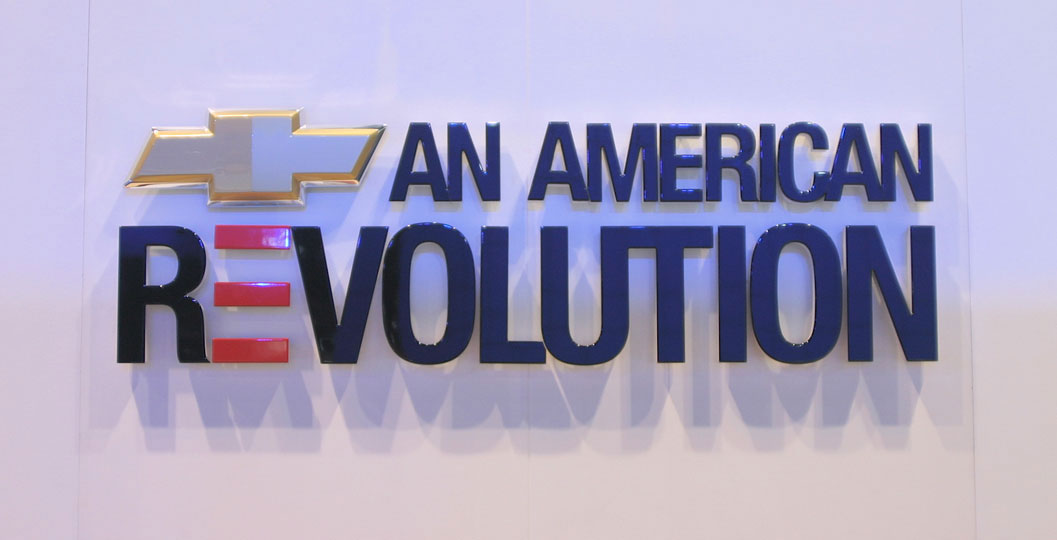 The “Our Country. Our Truck.” ads were part of a larger campaign called “An American Revolution,” which was launched in early 2003. “An American Revolution” was originally created to promote Chevy’s “ten new cars and trucks in twenty months” and premiered on ABC’s Dick Clark’s New Year’s Rockin’ Eve. The ads used a quasi-country John Mellencamp ballad and various depictions of Americans.

The first “Our Country. Our Truck.” ads appeared in October 2006. Chevy spent somewhere between $300-$400 million on the campaign, including sponsorship of the 2006 World Series, the Country Music Awards, and NBC’s new Sunday Night Football in America, as well as during countless NCAA and NFL football games. The ads featured John Mellencamp’s song, “Our Country.” It was the first time Mellencamp had allowed one of his songs to be used for commercial purposes. The song is from Mellencamp’s Freedom’s Road album, which became his most popular record since his 1985 album Scarecrow. There seems to be more than a bit of irony in the use of the Mellencamp song, which actually celebrates multiculturalism and diversity, and represents Mellencamp’s mostly liberal views.

The first commercial in the campaign was titled Anthem and included a montage of remarkable images: flooding in New Orleans, the lights of the World Trade Center memorial, post-resignation Nixon, Vietnam War soldiers, dancing hippies, Dale Earnhardt’s race car, Rosa Parks, and Martin Luther King Jr., as well as a few shots of Chevy trucks. Only the commercial’s last scene featured the actual Silverado truck. Chevy explained that the ads “celebrate the everyday American hero and his truck.” But the complaints rolled in – mostly about the inclusion of the King’s and Parks’ images. However, the ad also attracted attention for other reasons. As an Advertising Age critic noted: “The first time I saw it, I thought, holy mackerel, they are using negative images to generate positive emotions. I have never seen that in a commercial.” The ad soon disappeared.

Chevy had actually unveiled the new Silverado a month before in September 2006 at the Texas State Fair. From the fair, a caravan of Chevy trucks (both new and old) made a 2,800 mile trek, which Chevy billed as the “Drive for Farm Aid,” to Camden, New Jersey. In order to raise money for Farm Aid, Chevy sponsored concerts along the way by the country duo Montgomery Gentry, with a final concert by Mellencamp himself (one of the founding fathers of Farm Aid). According to Chevrolet representative, Ed Peper, “The Silverado, family farms, and country music share deep, strong roots in America, and we want to celebrate that legacy.” 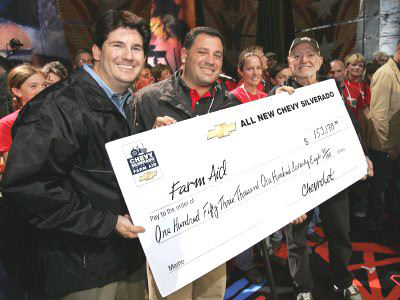 Another interesting component of the “Our Country. Our Truck.” campaign was Chevy’s 28-minute infomercial, which aired on December 9, 2006, on the Speed Channel and other cable networks. The infomercial featured NFL legend, Howie Long, a self-proclaimed “long-time Chevy guy.” Chevy also ran 24-page inserts in magazines such as Motor Trend, Field and Stream, and Popular Science. GM’s general director of advertising and sales promotion, Kim Kosak, explained: “Our goal is to own the hearts of the American pickup truck driver.”

Although the first television advertisement that used hippies and tragedy to sell Silverado trucks was pulled, Chevy introduced another version called the Birthplace series, which still featured Mellencamp’s ballad, but with a new set of images and texts. One of the first Birthplace ads featured images of white males: oil rig workers (“This is our backbone”); a man and a baby (“This is our purpose”); two men in cowboy hats at a diner (“This is our chat room”); a logger lying in a pile of cut timber (“This is our coffee break”); and Dale Earnhardt celebrating his 1998 Daytona 500 win (“This is our philosophy”). Then, finally, a shot of the truck, as the narrator and accompanying text proclaim: “This is our truck. The all new Chevy Silverado.”

So, has the “Our Country. Our Truck.” campaign worked? In February 2007 (just five months after the campaign began), GM sales were up 3.4% from 2006 and Silverado was up 27% from the previous year. So, the Birthplace ads seem to keep coming, each one with a different theme: baseball and hotdogs; dirt biking; American ingenuity and invention. Although the commercials have been toned down for 2008, the “Our Country” song still accompanies most of the “An American Revolution” advertisements. (An example is the “Evolution” ad. See below.) And while there’s been lots of discussion, reactions, and satirical imitations of the “Our Country. Our Truck.” campaign, it’s still going strong.

Again, the entanglement of commerce and patriotism is nothing new. And, the “Our Country. Our Truck.” ads perpetuate that commercial strategy. Are the ads more jingoistic than previous efforts? Perhaps. Certainly, the equation of “country = truck” seems to be a powerful reinforcement of this theme. As Gary Pascoe from Campbell-Ewald (GM’s ad agency) explains, the Chevy Silverado is “the sum total of the American experience.”

While the representation of specific historical figures and events in the Anthem ads elicited strong reactions (with some result), the choice of “typical Americans” in many of the Birthplace ads (mostly, white All-American males) may be just as problematic. According to Pascoe, it was deliberate: according to a company representative, Silverado owners are seen as “‘everyday heroes,’ they are family men as well as firemen…This new marketing campaign celebrates the connection our truck buyers have to their families and their country.”

Just as alarming may be the acceptance of this advertising strategy as “natural.” We have seen the Chevy ads so many times (plus a good number of sarcastic take-offs on them) that we don’t even notice anymore. Perhaps more disturbing is that many people have never found the ads to be especially problematic. (See Sirois, 2008) In fact, a 2002 Gallup poll found that 50% of Americans generally support corporate patriotism. (See Wellner, 2002) So, the sentiment that “what’s good for General Motors…” still finds a good deal of acceptance among Americans these days.

What might be explored further, however, is what these ads don’t say — about the health of General Motors, the US automobile industry, and the American economy, as well as the future of US workers, consumers and citizens in this era of global capitalism. These are far more complex questions that involve far more discussion than this brief description of Chevy’s ad campaign. Perhaps GM’s Kosak is right when she describes the Silverado campaign as “very embracing of the American culture.” Ultimately, though, we might suggest that, what’s good for General Motors may not always be good for everybody.

Sirois, Andre. 2008. “Our Country. Our Truck.”: A critical examination of the patriotic appeal and American values in a Chevrolet Silverado advertising campaign. Paper to be presented at the annual meeting of the International Communication Association, Montreal, QC, Canada. May 25.