Television’s Docile Subservience to the Law 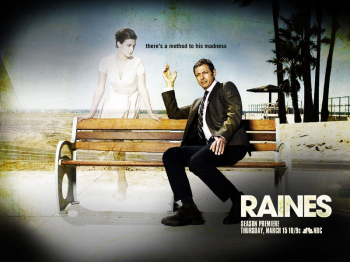 On March 15, 2007, NBC unveiled Raines, a mid-season replacement program starring Jeff Goldblum. This quirky television crime drama, which seems a mix of Monk and Medium, is the latest attempt at channeling mainstream audiences’ seemingly endless obsession with law, legal structures, and police procedurals. On the English-speaking networks alone (Univision, Telemundo, and Azteca America do not share this characteristic), crime or law related shows account for between one-fourth and one-third of programming. For years now, television seems to be dominated by genre shows dedicated to the law. As far as I can tell, this following season will include around 20 hours of crime and law related shows out of the 70 possible hours of weekday prime time by the five English-speaking networks: CBS, NBC, ABC, the CW, and Fox, whose primetime programming also includes an hour of evening news. Considering the importance of the networks in terms of disseminating the narratives that seem to matter most, and at normalizing the mental frameworks to interpret reality, the striking abundance of legal and law enforcement programming begs some exploration.

There are probably many answers to this issue of our seeming obsession with crime shows, legal dramas, and transnational law enforcement (e.g. JAG or 24) TV programs, including narrative traditions that go back to the nineteenth century, when crime and detective genres in literature became popular in western societies (Edgar Allan Poe, Sir Arthur Conan Doyle and so on). More recently, the success of some key police-procedural and legal dramas (from Dragnet to CSI:) has no doubt produced the expectation that other, similar shows would succeed. Because these shows have allowed us to explore our relationship between legal frameworks and authority, many have been trailblazers on social issues, including Cagney and Lacey (which queried the link between authority and gender) and I Spy (which in a transnational legal setting explored the location of blacks in our national institutions). 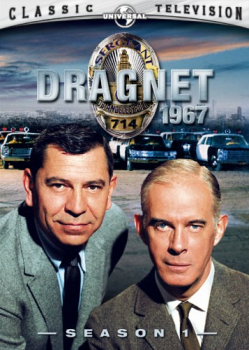 Today’s legal shows vary considerably in their approaches to law. Boston Legal is a mostly-satirical view of courtroom procedurals and legal work culture. The CSI: franchises, in contrast, are technophilic takes on crime investigation that fetishize technology and imagine it capable of shedding light into the social, and not the other way around. Finally, the just-introduced (and quickly cancelled) Black Donnellys was a character-driven drama where biography was anchored on the principle of law interrupted. In each of these TV shows, though, law is a central element around which narratives develop. Law is a problem to be solved, and the solution is to query it (Boston Legal), to follow it (CSI:), or to avoid it (The Black Donnellys). 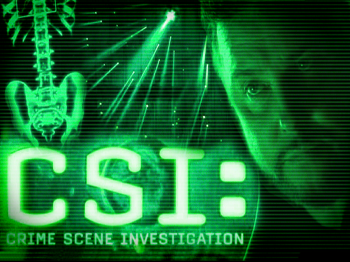 With its many approaches to the legal field, television shapes the way we think about law, law abiding, law breakers, and ourselves. Although most of us do not regularly have run-ins with the police, lawyers, FBI or CIA agents, or forensic scientists, we have all been educated on the workings of the law. We all learn the way we are going to be treated by these institutions. We learn about the Miranda law, the right to a public defendant, that we should not be tortured by police (but we might be), that everything can be evidence but no evidence can be trusted, and so on. We learn that law abiding is boring, but perhaps the only recourse to people not wanting to deal with the bad cop, the inept public defendant, the racist jury, and so on. We learn that law breakers will be punished. Or, through shows like The Sopranos, the forth-coming Cane, The Black Donnellys, and Weeds, we learn that living outside the law is possible in small, tight communities of similar people, namely the Italians, the Latinos, the Irish, and the Suburbanites. This obsession with the law, for so long, definitely shapes who we are and forms a type of legal subjectivity. 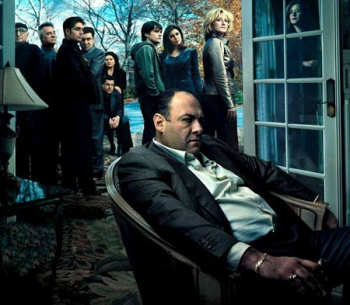 We are indeed shaped by racial, sexual, national, gender, and class subjectivities, but organizing all of these is our legal subjectivity, a sort of meta-ethics that constitutes our social, political, and personal expectations. My concern is that our legal subjectivities are not produced equally, simply because law–the actual legal and political systems–and legal narratives–structured through the racial patriarchy of our media industries–are not produced by everybody. Latinas/os account for 7.2% of personnel in local television, yet account for only 5.5% of the House of Representatives (24 out of 435), and 0% of the Senate. Blacks are 10.9% of workers in local television, yet amount to only 9.6% of the House and 2% of the Senate[1]. Women account for 23% of membership in the Writers Guild of America, yet account for only 15.6% of the House and 15% of all Senators[2].

In the legal profession, the numbers are worse. According to the American Bar Association, Latinas/os account for 3.7% of lawyers and judges, Blacks for 4.2%. Nor surprisingly, our health, educational, criminal, and media legal frameworks famously reproduce difference between citizens. In our material life we are differently subjected by law. In our mental life, law subjects us through television and reconstitutes difference. This is par for the course, as Marx and Engels reminded us long ago: “The class which has the means of material production at its disposal, has control at the same time over the means of mental production… The ruling ideas are nothing more than the ideal expression of the dominant material relationships grasped as ideas.”

Defining ourselves through law is perhaps normal, perhaps part of being in a modern society and a nation-state. But I suggest that the way legal frameworks are mediated through television signals a broader problem. On the one hand, it is evidence of a type of docility toward law, an accepting of the fact that every little thing in our lives is framed within the legal system. On the other hand, although narratives of law in media often highlight structural inequalities, they also have normalized them. I suggest then that our fascination with legal dramas and police procedurals binds us to legal frameworks in highly conservative and docile ways. Law does not produce a landscape of equality: instead, it reproduces stratification. Thus, docility to the systems of law also means docility to injustice.