The Joys of “Civic TV,” or
Television You Probably Don’t Watch

There’s a particular joy I find in subjecting my friends and family to television programming that makes them squirm. The programs aren’t filled with sex, violence, or foul language, nor are the shows comprised of poor writing, atrocious acting, or outrageous characters such as Flavor Flav. Instead, the programming is best categorized simply as television you probably don’t watch. Televangelists are often a great choice. Home shopping networks rank high as well. In fact, switching back and forth between televangelists and home shopping networks is big fun, but you tend to lose control of the remote rather quickly that way.

Another such destination is what I call Civic TV, although most cable systems formally call it “Public, Educational, and Government Programming,” or PEG channels.[1] At its most rudimentary, the primary programming on government channels is typically comprised of city council meetings (what for most viewers is the equivalent of watching paint dry). 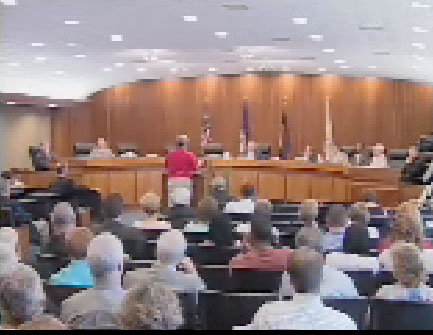 As I hope to convey, however, Civic TV has much more to offer than this stereotype suggests. Although some of the programming does resemble Chamber of Commerce videos, numerous communities across the United States actually produce quality programming on issues that are central to the health and welfare of a community, including many areas of life that academics typically complain are disturbingly absent from or underrepresented on commercial television—the environment, arts and culture, public health and safety, local history, community life, minority issues, education, and democratic institutions and processes.

Of central concern to me as an academic is how we as a public come to know ourselves as citizens of a community. Unfortunately, local commercial and public broadcasting is rarely of help in this regard. The peculiar dialectic that comprises local television news—both spectacle and banality—is well documented. The lowest common denominator approach to news has greatly profited these FCC license holders, but it has done very little for civic life. Also, local public broadcasters typically produce negligible original material, relying instead on nationally syndicated programming during most day parts. 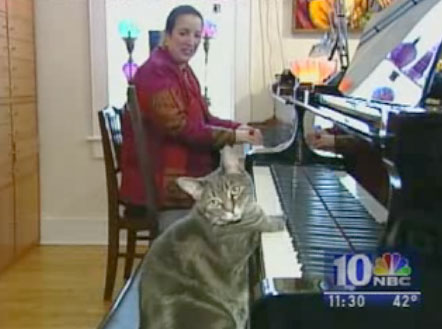 Therefore the question becomes, if a citizen is interested in knowing about his or her local community via television, does that potential really exist? And if it does—through government cable programming—then why don’t viewers tend to watch it? If quality and aesthetics aren’t the problem (as I argue here), then what is? Has television so thoroughly become a ritualized location for pleasure, entertainment, and distraction that audiences refuse to move beyond their affective commitments to popular culture to tap into other aspects of their identity (namely, that of citizen)? Or does the absence of aids that structure audience viewing habits (for instance, timely information about shows in the form of promotional teasers, newspaper criticism, and programming guides and schedules) result in the necessity of haphazard grazing more than appointment viewing? Though these are important questions, this brief article will not attempt answers to such complex questions. Rather, I simply hope to make the case for why Civic TV matters—that is, why it shouldn’t be so easily dismissed or routinely passed over in our search for other locations of viewing pleasure.

We should note that because funding and resources vary greatly by municipality, many local government stations do produce programming that stinks. But in conducting on-going research into such programming nationally, I have found numerous communities that offer an impressive array of quality programs. Indeed, the National Association of Telecommunication Officers and Advisers (NATOA), the professional association for government television programmers, administers annual awards for the best programming in more than sixty categories. My analysis suggests these programs tend to fall into three broad areas.

First are programs that address or fulfill the governing charge and function of municipalities (which some viewers might cynically label “propaganda”). Many of these programs are typical government information campaigns translated into a televisual environment, including shows devoted to public education, public health, and public safety. Other programs also spotlight government itself, including shows that profile democratic bodies and processes such as city council meetings, mayoral addresses, the state legislature, city administrative units and agencies, as well as the city as an economic and cultural entity. 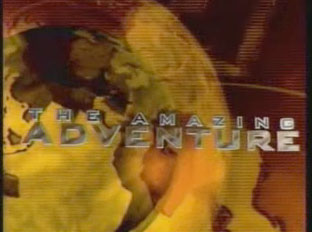 The third category is comprised of programs more typically found on public service broadcasting systems. These include programs for underserved communities (seniors, children/young adults, and ethnic minorities), as well as programs designed to enrich the lives of viewers as citizens of a community (such as those dedicated to local history, the arts, community events, library/books, and instruction/training).

Indeed, when taking all three categories of programming together, the argument could be made that Civic TV is as close as we come in the United States to the public service broadcasting tradition of other nations. Support for this argument includes the fact that viewers are “taxed” through the franchise fee they pay in their monthly bill. Thus, government stations have a relatively steady, though limited stream of revenues from which to operate. They are therefore relieved of the burden of having to worry about ratings and demographics or the need to beg viewers for contributions twice a year. They also have a mandate to address viewers as citizens, not consumers. To be sure, local government programming is not the equivalent of the BBC. But neither is it as vacant as the typical local public television station when it comes to information that serves the needs and interests of the local citizenry.

Examples of the ways in which Civic TV addresses different facets of the lives of its citizens may be seen in several cities. In tiny Calabasas, California (pop. 20,000), programming includes the “Calabasas Teen Forum,” a roundtable talk show highlighting teen views on issues such as city laws, school violence, and obesity; “Author’s Night,” featuring interviews with local authors; “Your City, Your Issues,” with topics such as the future of alternative fuels; and “Election Coverage 2007,” including segments that offer local candidates a television forum.

With a much larger budget, the City of Tucson, Arizona (pop. 515,000) is able to air highly-stylized programming equal in quality to much of what is found on both broadcast and cable television. Its programs include shows such as “Conexion 12,” a Spanish-language program focusing on the lives of its Latino population; “Studio C,” featuring interviews and performances by local and national musical talent; and “My City,” with specials reports on everything from happenings in individual city wards to newsmagazine-style social documentaries such as one on the local impact of methamphetamines. 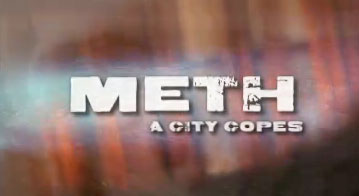 Finally, the City of Allen, Texas (pop. 43,000), despite its small size, nevertheless offers programs with production techniques and aesthetics that actually exceed the quality of programming one might find on some national cable networks (see for instance the “Sam Bass Train Robbery”, one of the channel’s historical specials featured in “Tales of Allen”). 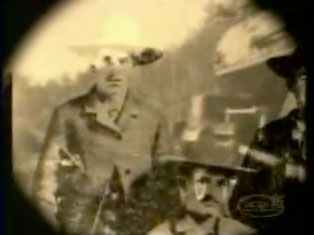 The First Train Robbery in Texas

One of the primary complaints about Civic TV is that it rarely criticizes government or the local powers that be. There is little doubt that much of what is aired is probably not too upsetting to city hall, and in fact, may be designed to serve the interests and agendas of those in power. But the media’s watchdog function is the responsibility of institutions other than PEG channels—namely the local news media—that have been granted numerous rights, privileges, and protections (such as the First Amendment, shield laws, libel laws, sunshine laws, and so on) in exchange for serving this function in a democratic society. The fact that they often don’t perform this task with much vigor or effectiveness is a separate issue from the service PEG channels provide.

But citizenship is more than just engaging in surveillance of power. Political communication scholars routinely argue that citizens need “information” from which to make informed choices about their elected representatives. But as I have argued elsewhere,[2] this is a necessary but limited instrumental approach to political life. Instead, as Jim Carey helped us understand, communication also performs integrative functions as well. Civic TV may provide citizens with valuable local information, but it can also be a place that offers multiple means through which citizens connect to each other as members of a community.

Scholars, it seems, have largely abandoned hope for television as a place where such feelings and connections can be facilitated at the local level. The Internet is routinely referred to as the mediated space where our hopes for a revived sense of community and the potentialities of democratic action have been reborn. Yet as I have argued here, perhaps we shouldn’t give up on television in this regard just yet. Civic TV—at least in some committed communities—is an interesting place on the dial for quality stories of community life and civic interaction. The only question is whether we as audience members will watch. And if we do watch, will we nevertheless feel a bit impatient for fear that we might be missing some serious T & A on The Real Housewives of Orange County?

Notes:
[1] The National Association of Telecommunications Officers and Advisors reports that 74% of communities have at least one government cable channel
[2] Jones, Jeffrey P. 2006. A Cultural Approach to the Study of Mediated Citizenship. Social Semiotics 16(2): 365-83.

Bio:
Jeffrey P. Jones, Ph.D., is Associate Professor of Communication & Theatre Arts at Old Dominion University in Norfolk, Virginia. He is the author of Entertaining Politics: New Political Television and Civic Culture, a book that examines humorous political talk shows such as The Daily Show with Jon Stewart, and co-editor of the forthcoming The Essential HBO Reader. He has written extensively on media and politics, as well as television talk show programming.