Adieu to The Sopranos; What Next for HBO?

This year will see the last ever episode of The Sopranos. It all seems a far cry from the days when HBO was riding high and our favourite mobster drama was at the forefront of a distinctive roster of groundbreaking and original series. Chris Albrecht, now former CEO of HBO, confirms how these shows made the cable company’s reputation when he says, ‘We’ll never have anything like that experience again, because between The Sopranos and Sex and the City and Six Feet Under all happening in that short period of time [1998-2001], we came of age in a way we hadn’t before[1].’

With The Sopranos ending it leads us to ask: What has the show done for HBO, and how will the company survive without it? 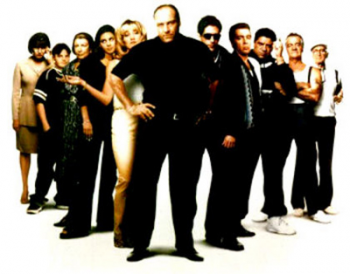 Viewers and TV journalists have long come to expect provocative subject matter and thought-provoking television from HBO. But, we contend, original programming like The Sopranos has not so much changed television as much as said something important about how the institution of television has changed. In 1996 the Telecommunications Act was ratified in both Congress and the Senate, an Act intended ‘to provide maximum economic and content freedoms for the broadcast industry[2]’. Increasingly the television industry, and supported by Washington, placed emphasis on diversity, innovation and competitiveness, which, in turn, made visible the TVIII era, defined by Mark Rogers, Michael Epstein and Jimmie Reeves[3], as driven by niche markets, consumer demand, and customer satisfaction.

New broadcasting regulations, far from resolving the question of cable’s status in the public sphere, in actual fact initiated a succession of struggles over precisely that question. A great deal of uncertainty still remains as to the future of cable, as evidenced by the 2006 Congress hearings on the Federal Communications Commission’s (FCC) involvement in regulating pay-for-view channels. In this context, the audacious tagline, ‘It’s Not TV. It’s HBO’, seems about more than just the company’s intention to place itself in another league, but as somehow making visible – and possibly redefining – what we mean by television in the post-1996 era.

HBO has instituted a discourse of quality based on creative risk-taking and artistic integrity as well as original tele-literary products that emphasise smart writing, compelling stories told in an innovative way, high production values and a unique creative vision behind each project. But the company has surely not invented any markers for defining quality, and neither has it discovered any new ones. It has, nonetheless, defined new rules for talking about and understanding what we mean by quality TV in the post-1996, post-network era. HBO has imposed itself as a model for producing quality TV, enforcing those ideals, and spawning new forms of television culture, new opportunities for transformation in creative practices and business strategies.

Doing differently, setting itself against what is prohibited on network television, has emerged as a crucial institutional strategy for HBO. The station has long made a virtue of its autonomy from the constraints and restrictions limiting network television. With no commercials to interrupt and no advertisers to placate, no FCC to censor, and an institutional status that places them beyond the reach of industrial regulation, HBO stakes its reputation on consciously violating codes – how it defies, resists and scandalises. Nothing approaches the levels of free expression and explicit sex and violence that the cable company can include. But to break any taboo is no easy matter; and what HBO did with its original programming was to insert the illicit into a system of values, institutionally managed and regulated. Latitude to tell stories differently, creative personnel given the autonomy to work with minimal interference and without having to compromise, has become the HBO trademark – how they endlessly speak about and sell themselves, how the media talks about them and how their customers have come to understand what they are paying for.

Yet, this notion of creative autonomy is not random but a continual struggle for institutional survival and market leadership. Pushing the limits of respectability, of daring to say/do what cannot be said/done elsewhere on the broadcast networks, is entwined with being esoteric, groundbreaking and risk-taking. Assuming the mantel of industry pioneer has led Albrecht to go as far as to liken the company’s position ‘to the Medicis of Italy, the Renaissance patrons of the arts[4]’. Evoking the powerful and wealthy Florentine merchant family who sponsored a revolution in art is a bold statement. But it suggests nonetheless that HBO takes great care to be seen – but more importantly insists we never forget to think about the company – as benefactors of a television revolution that is experimental and searching out the new.

So what of the future when the show that best defines HBO bows out.

Interviewed in April’s Vanity Fair, Albrecht said: ‘Now people go, “What’s next? Where’s the next Sopranos?” There is no next Sopranos[5].’ Such a comment, for us at least, suggests that this is not a matter of producing another Sopranos, but that another can never be made. With a zeitgeist show this successful, a phenomena that even HBO could never have anticipated, the series, we would argue, represents an age of television now passing. As The Sopranos draws to a close its conclusion may say more about the end of a particular era of television drama than anything else. In short, The Sopranos may have been named the best drama ever, but is it not the case that it made visible what drama was at this particular historic moment.

It maybe that other network and cable channels are now emulating the original programming formula – for example, the FX network has consciously modeled itself as the HBO of basic cable and produced controversial and risqué shows like Nip/Tuck, Rescue Me, The Shield and Huff! (And let’s face it – there would be no Desperate Housewives without Sex and the City.) It maybe the mob-hit along with other HBO signature shows helped the channel come of age as nothing before, and HBO maybe lamenting its passing, but as Albrecht has recently said, it is also ‘the beginning of something else[6]’. 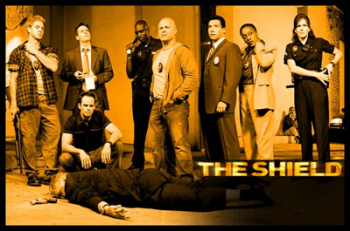 HBO has long been at the forefront of Video on Demand. In fact, we would argue that the company pioneered it through box-sets which not only allow non-subscribers to view programmes exclusive to HBO (thereby taking television out of established schedules). But also appealing to what Mark Lawson has called a core audience that is demographically likely to include the ‘income rich, time poor viewers that like to believe they are in charge of their own lives[7]’. (Exactly the demographic that HBO imagines for its original programming). In fact the box-set replicates Video on Demand with its notion of self-scheduling: in this case the prospect of viewers downloading from a central menu programmes that are no longer divided by time-slots or channels. (It is also worth noting that The Sopranos is the first ever series to be available on HD-DVD. Once again demonstrating how HBO announces the new through its flagship series.)

HBO on Demand now accounts for about 10 percent of the viewing for most HBO programmes; and this figure is set to rise, as the service becomes more readily available including in the UK via Virgin Media. Jeff Bewkes, now President and Chief Operating Officer of Time Warner, has even touted HBO on Demand as the way for the cable division of HBO to compete with Apple iTunes and other emerging forms of digital distribution. According to him, one of its main advantages is that programmes are delivered directly to televisions rather than being downloaded and watched on computer – one of the major stumbling blocks for the networks in their attempt to convert to digital delivery.

September 2006 and HBO again tried something new in an effort to keep the small but loyal fan base for The Wire, its drama about the Baltimore drug trade. In an unprecedented trial, the network put each episode out on its On Demand service six days before its regular Sunday night broadcast. In its first week the programme was viewed On Demand over 188,000 times. By the fourth week the number had already grown to over 430,000, which, in turn, helped boost The Wire’s viewing figures up by 200,000 over the previous season’s total. Albrecht cites this as a success story for the future of HBO by saying, ‘We have always been about the quality of our work and the convenience of watching it. In a world where kids are downloading Lost or whatever they want to download – that is the HBO model, and it has been for a long time[8].’ 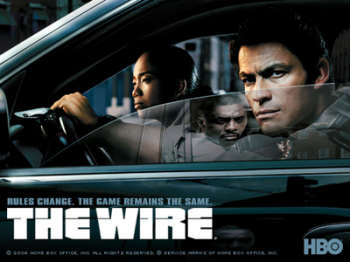 HBO’s latest venture is HBO Mobile. The company is for example producing original mini-episodes of the series Entourage for Cingular Video customers who subscribe to their service. In addition, HBO Mobile distributes full-length episodes of The Sopranos, Sex and the City, Six Feet Under, The Wire, Curb Your Enthusiasm, Deadwood and Da Ali G Show.

HBO has also recently launched an Internet channel to rival YouTube. Reaching out to a younger audience – particularly university students who will mature into the key demographic targeted by HBO – is a smart investment in the future.

HBO have typically been immune to traditional forces governing broadcast networks especially when broadcasters assembled large audiences around a few prime-time shows and sold those audiences to advertisers. For half a century this model has proved the unquestioned leader in profitability and ratings. Not any longer. In an increasingly fragmented market, the networks are now struggling to maintain profits during their conversion to digital delivery. HBO has long made a virtue out of being subversive, defying established network powers (although HBO is part of the Time Warner empire that also owns NBC). Their subversion is based on their ability to conjure away the present and appeal to the future, suggesting that that future will be hastened by the contribution they are making – despite it being a future without The Sopranos.