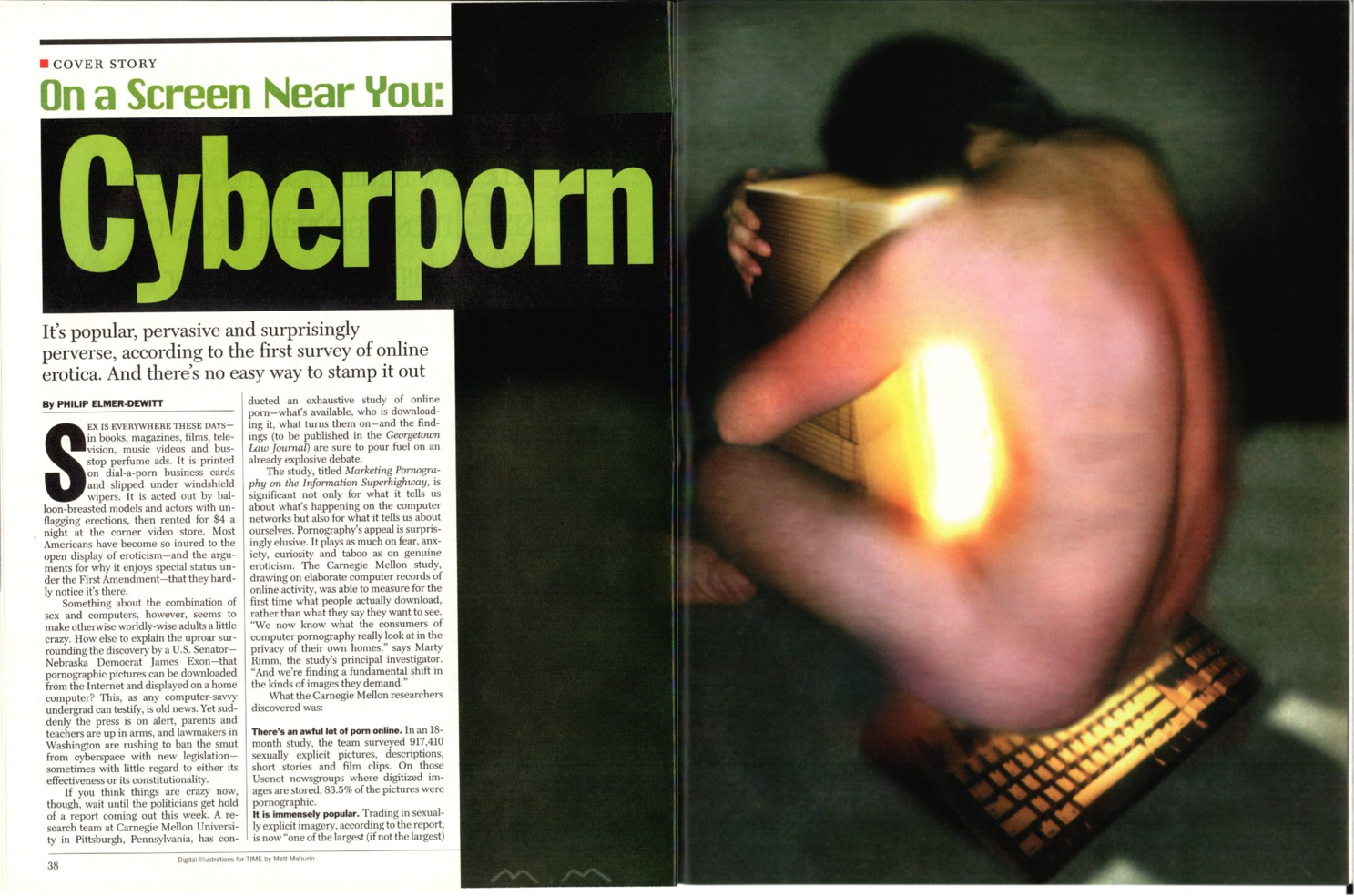 The enduring moral panic of pornography and personal computing 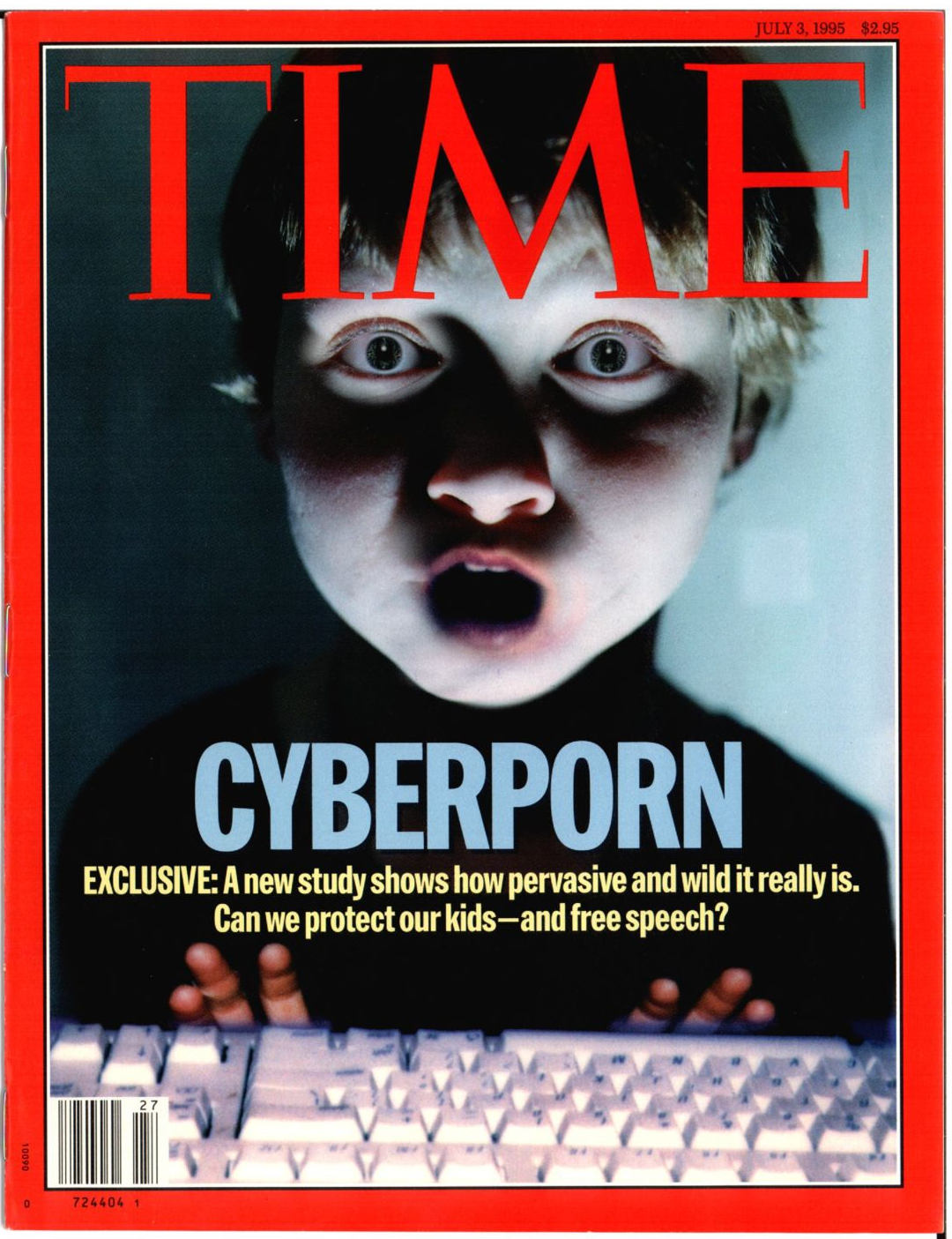 Since the 1990s, there have been surges of interest and activism concerning child pornography and child predators. Despite the rapid transformation of the Internet, each wave of concern has taken a remarkably similar form. For example, compare the images from a Time Magazine article published in the mid-90s with recent images from The Atlantic and The New York Times. In 1995, Time published a cover story titled, “On A Screen Near You: Cyberporn.” The piece was a bombshell, and even though many of the facts it presented were later debunked, it played a significant role in how readers came to view cyberporn. The issue’s cover is almost infamous: it is a stark photograph of a young boy lit by the harsh glow of a computer screen. With his mouth agape, and his fingers hovering over a keyboard, the little boy looks terrified by what he is witnessing on screen—the horrors of cyberporn. Inside the magazine, the article features a series of similarly evocative images. One of them is an illustration of a small child staring into a room lit up by a computer screen displaying a giant lollipop—a reference to predators luring children with candy—and behind it looms the terrifying outline of a predator. 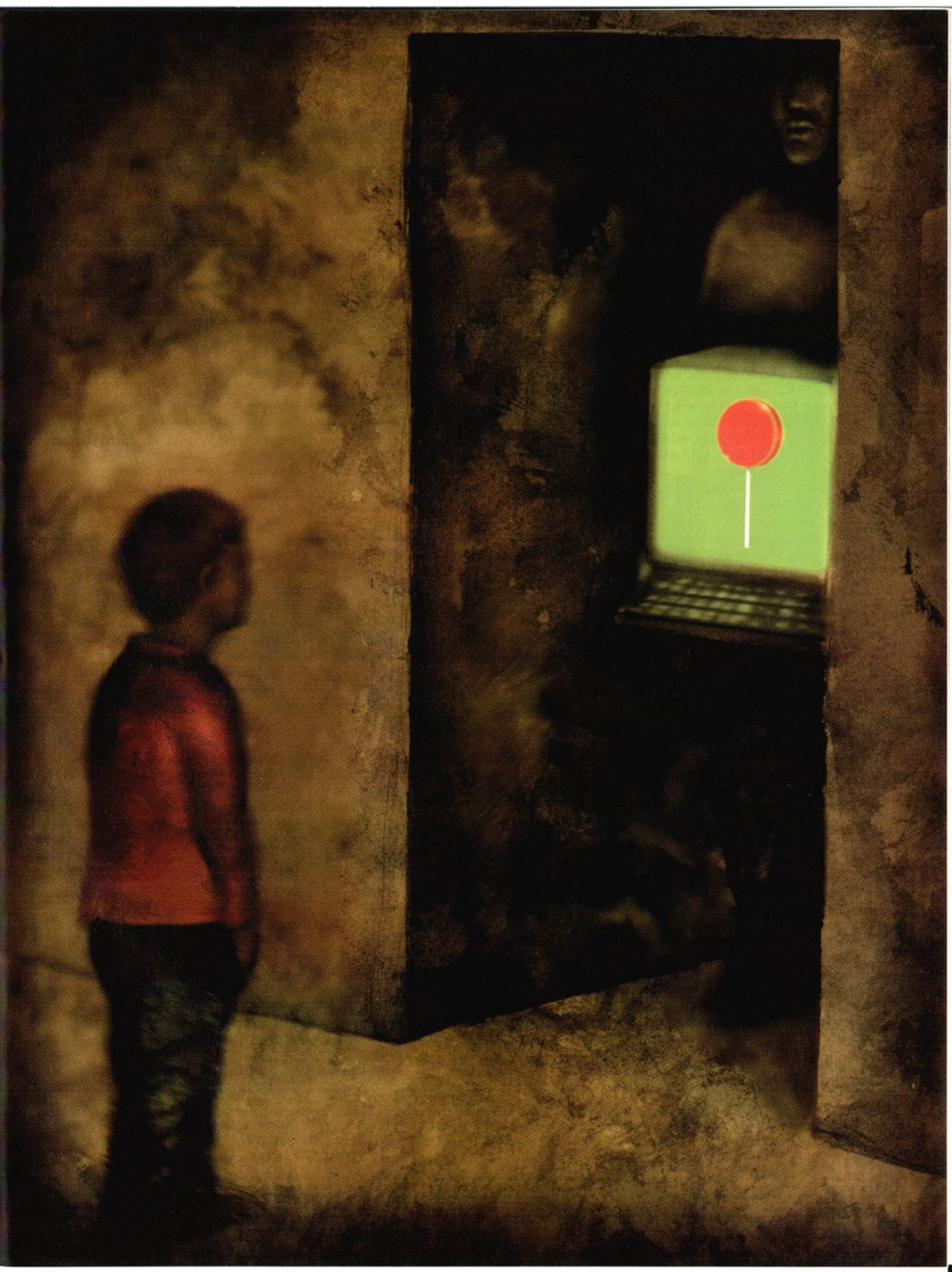 A too on the nose update to an old cautionary tale

Compare this to an illustration featured in The Atlantic alongside an article published in 2022 titled, “How to Fix America’s Child Pornography Crisis.” The image shows the figure of a small boy standing at the precipice of darkness; the menacing arm of an adult looms nearby, seemingly leading him into it. Similarly, Kristof’s article features close-up portraits of Serena Fleites—a young woman who fought for years to have nude videos of her at age fourteen removed from Pornhub—taken more recently at age nineteen. In the image, she looks off into the distance, fresh-faced and serious; a reminder of how young she still is. Even at a glance, the images from Time and the more recent examples are remarkably similar. Both depict situations where young vulnerable children are in danger of being preyed upon by virtual predators. 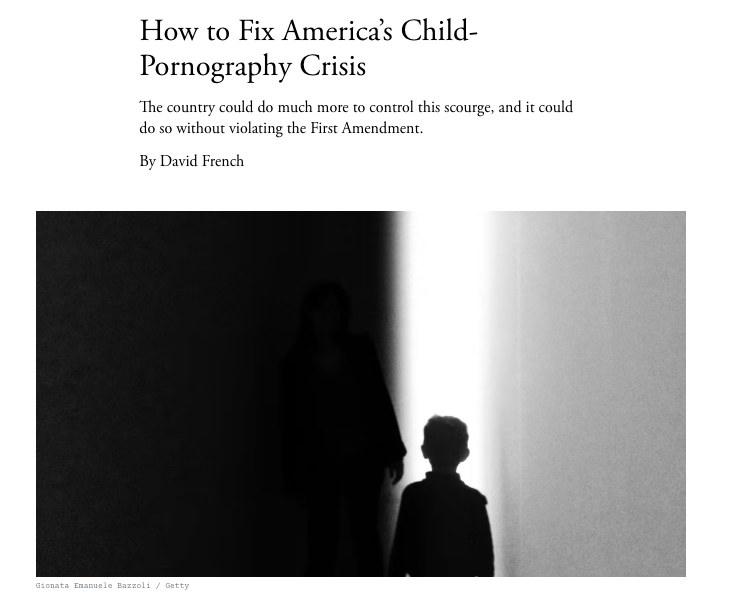 The luring stranger, a familiar trope

I am not the only scholar who argues that concerns for child safety often act as a distraction from other discourses. Wendy Chun, for example, argues the images and article in Time were representative of the fears we harbor about pornography more generally—“overexposure, intrusion, surveillance, and the birth of perverse desires.”[3]  And that the panic concerning child pornography reveals a social and cultural proclivity to believe that emergent technologies inherently “induc[e] perversity.”[4] Other scholars such as Gillian Harkins argue that cultural representations of the pedophile, such as the ones above, have the unintended consequence of shoring up the “virtual pedophile.” An imagined predator that does more to “justify needs for biopolitical security,” and less to address real-world harms.[5]