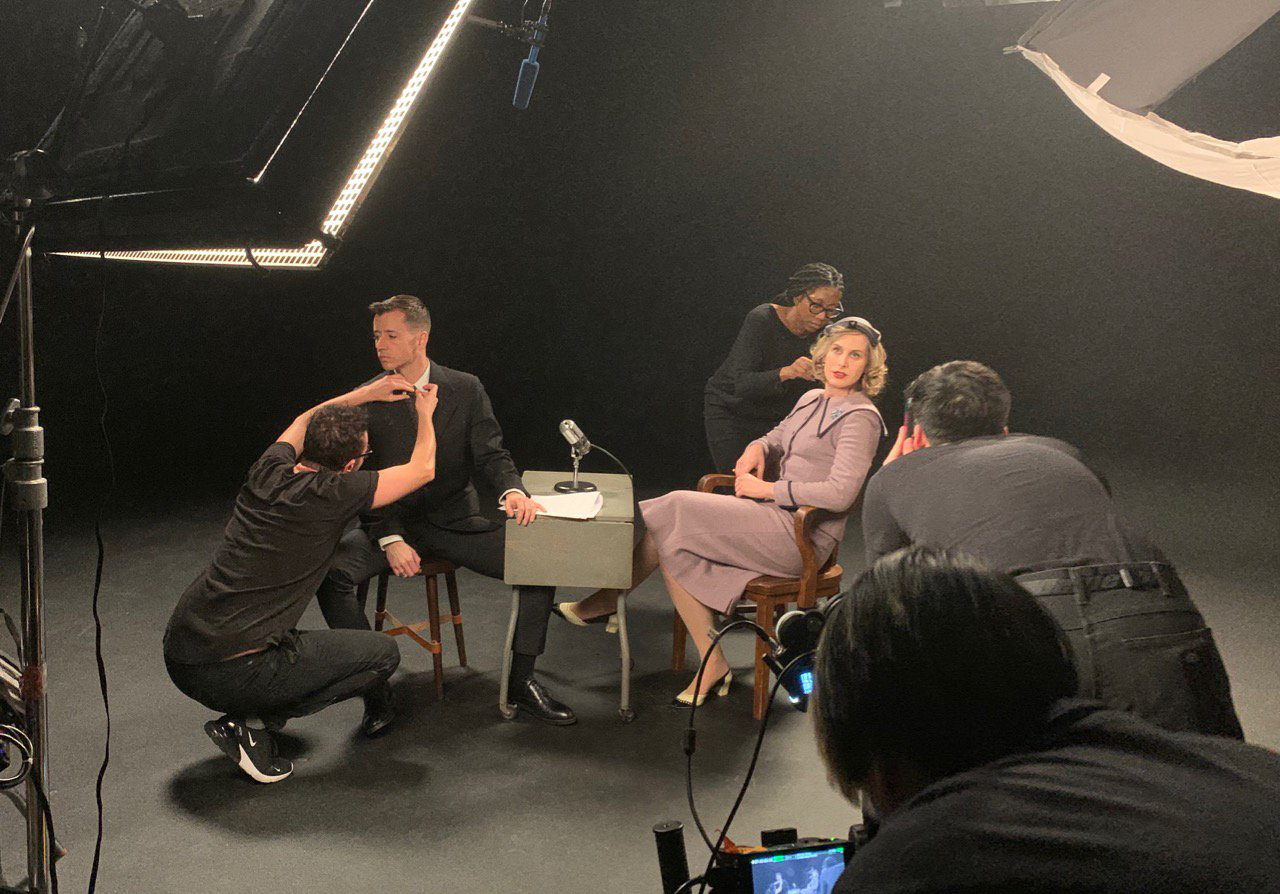 Behind the scenes shot of director Chase Joynt and actor Zachary Drucker in Framing Agnes.

There’s a moment in the documentary Framing Agnes (Joynt, 2022) when historian Jules Gill-Peterson is talking about a Black trans woman from the South named Georgia. One of the few people of color to appear in the film, Georgia was a participant in a mid-century study of trans identity conducted by Harold Garfinkel, a sociologist at UCLA. As another trans woman of color, Gill-Peterson finds herself drawn to Georgia’s story, an impulse that she interrogates in herself: “I feel this kind of responsibility for Georgia that is totally inappropriate,” she says. “There’s what I think I think I know about her. There’s what I want her to mean for me.”

It’s this desire to make individuals stand in for larger questions about social inequality that structures much of how the film treats Georgia. Framing Agnes, which premiered at Sundance earlier this year, is the result of years of collaborative work between filmmaker Chase Joynt and sociologist Kristen Schilt. The film seeks to reframe how we understand the story of Agnes, a trans woman who famously lied to researchers at the UCLA Gender Identity Clinic in the 1950s, telling them that she was intersex. At the time, and still to this day, medical gatekeeping often meant that intersex people were coerced into undergoing the same surgeries that were denied to trans people. By maintaining this lie, Agnes was able to convince doctors at UCLA to perform gender-reassignment surgery on her.

Garfinkel published a paper in 1967 about Agnes believing she was intersex, cementing her place in trans folk history. However, she was not the only participant in his study. While poring through Garfinkel’s archives, Joynt and Schilt discovered transcripts of interviews with other trans participants. With the help of writer Morgan M. Page, they used the transcripts to produce a script, transforming the researcher’s office into a talk show featuring Joynt as a clueless host and trans actors playing the participants. These talk show interviews, filmed in black and white, are intercut with reenactments, filmed in color, of the participants going about their everyday lives: Agnes, played by Zachary Drucker, gardens and hangs up the laundry, while Barbara, played by Jen Richards, talks with friends over the phone.

The original 2018 short film version of Framing Agnes, preceded by a presentation by Joynt and Schilt.

In another scene, we see Georgia, played by Angelica Ross, enter a nearly empty church, sit down in a pew, and open her Bible. A pastor, noticing her, sits with her and exchanges words. This scene struck me because of its ambiguity: while the other reenactments portrayed how fulfilling it can be for trans people to live mundane, everyday lives, this one seemed to communicate something very different. Instead, we see Georgia in a moment of vulnerability, right as Joynt says in a voiceover: “I think often about the relationship between visibility and vulnerability.”

The film’s participants proceed to talk about what visibility means for trans people, particularly trans women of color. As a researcher and a trans femme of color myself, I find trans visibility to be a complicated topic, one that I interrogate in my research. And I’m certainly not alone in this critique; other trans activists and scholars before me have written about the trap of visibility, noting that more mainstream representation has not resulted in more safety for trans folks. In fact, every year we see rising numbers of reported murders of trans people, chief among them trans women of color, and it seems like every week another bill is introduced somewhere in the US that seeks to roll back trans rights. 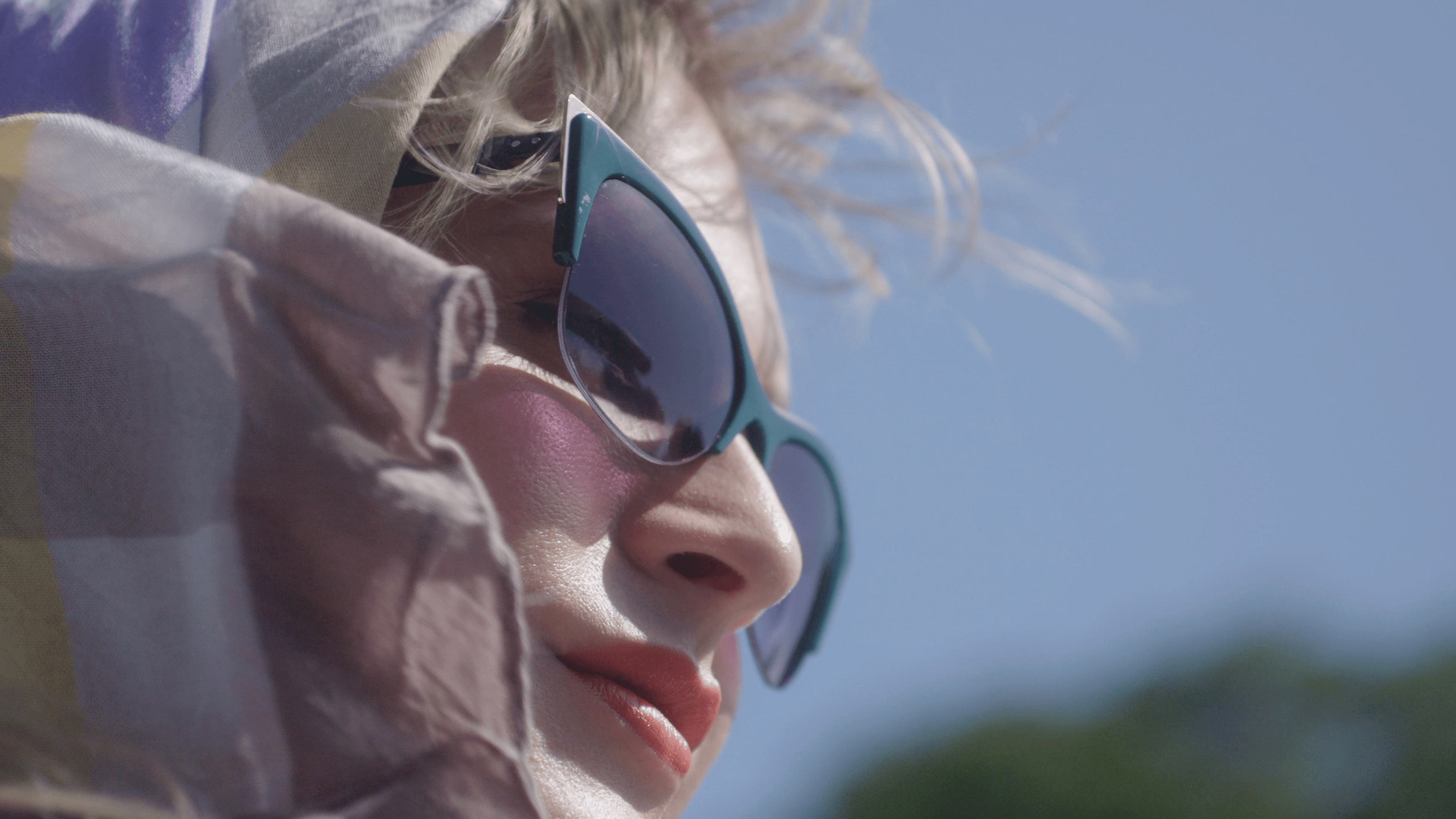 On Trans Day of Visibility, which occurs annually on March 31, I think a lot about what visibility does, who it serves. Whose stories get to be told and how do we tell their stories? As Richards points out, Black trans women like Laverne Cox, Janet Mock, and Angelica Ross have become de facto faces of the trans rights movement, even while Black trans women remain the most at-risk in the community. Indeed, the specter of the Black trans woman as victim has become a symbol in trans activism of anti-trans violence more broadly. Who among us chronically online trans folks has not encountered the out-of-context statistic that the average life expectancy of trans women of color is 35 years?

I fear that this pessimistic form of visibility that centers trans suffering teaches young trans people to fear for their deaths rather than to embrace their lives. I worry even more about what we’re communicating about the value of Black trans women’s lives when we focus on their pain while simultaneously making them into spokespeople for the community. Framing Agnes gives in to that impulse, too, by framing Georgia’s experience around the hardships in her life.

I keep returning to that scene of Georgia in the church. Especially in Black communities, the church is symbolic both of sanctuary and of community. So why is Georgia entering the church alone? What is she looking for—solace, peace, answers? What is the pastor telling her? The meaning of this scene is hard to parse, but to me it seemed to show Georgia as an outcast, someone in need of salvation and community. Meanwhile, we cut intermittently to shots of Agnes in her garden or driving in her convertible, enjoying a domestic, middle-class life in the suburbs. 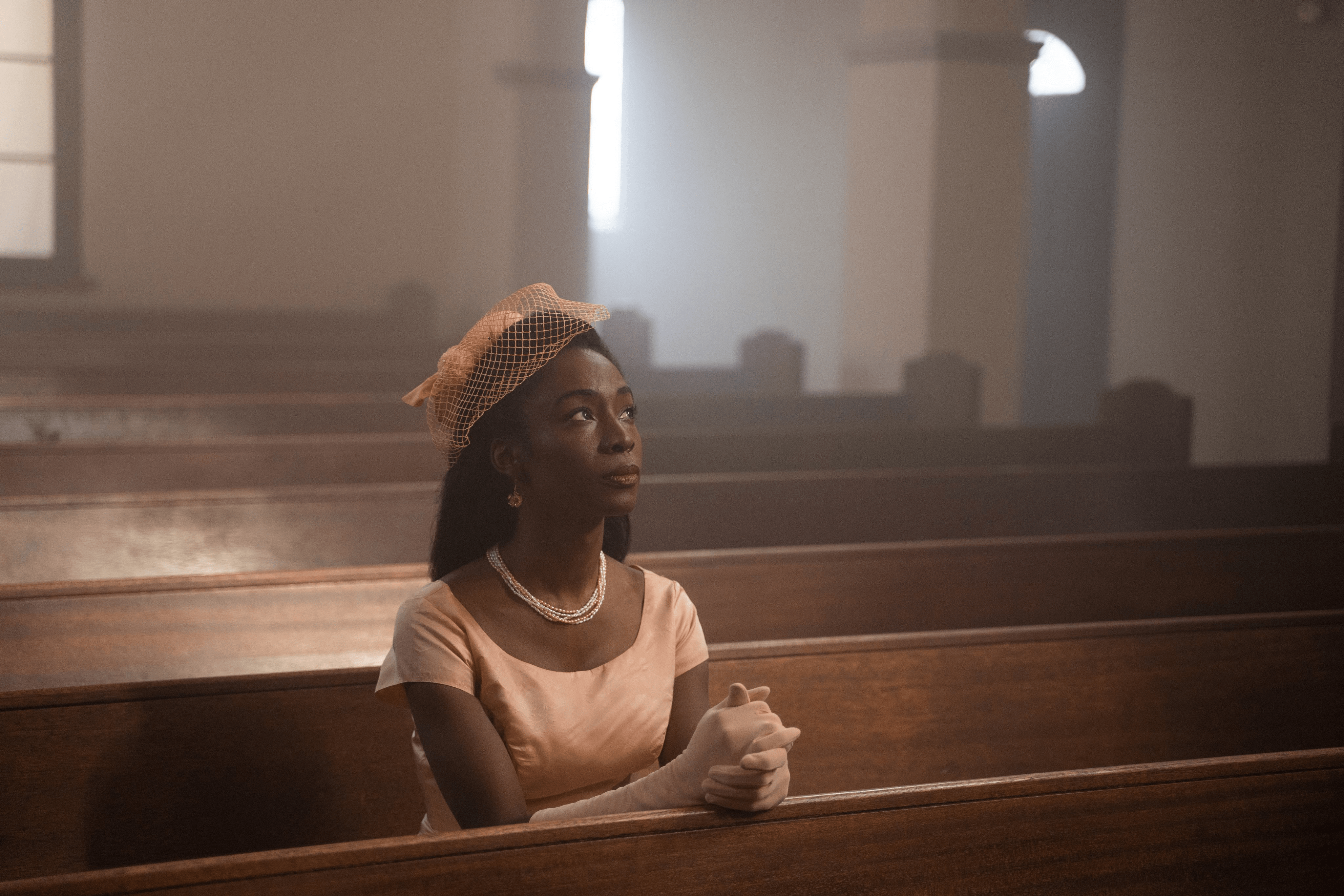 As these scenes play out, we listen to Gill-Peterson compare the two:

[Agnes] is iconic in this positive sense that she was very visible. […] But then we have to go and ask, how is Georgia iconic? […] People don’t know her story, but people think they know who she is when they see her.

Of course, Agnes is iconic because Garfinkel chose to publish a paper about her and not the other participants. But Agnes is also iconic because she represents trans hope and trans resourcefulness, as a figure who was able to outwit the gatekeepers to get what she wanted. Georgia becomes iconic for the opposite reasons, as someone unable to escape the intersecting structures of Jim Crow-era racism and transphobia. As she tells the host: “This whole thing just has me so sick with worry.” She sees no way out, no hope of the life that Agnes was able to achieve.

The church scene ends with a shot of Georgia standing up and walking out. As she opens the door, she gazes back briefly at the camera with a contented look on her face, and then she steps out. This gesture is repeated towards the end of the film as Agnes, clearly annoyed with the host’s ignorance, stands up, walks off set, and exits through the back door. She, too, looks back at the camera before walking outside. This gesture of refusal seems to show the two women reclaiming their agency, but what does it tell us about them and about visibility?

Gill-Peterson concludes the film by saying, poignantly: “One of the many lies about visibility is that being seen is your emancipation. […] What would it feel like to be left alone? What’s the right to be invisible?” But the question that stayed with me as I left the film was: who gets to be invisible? Who do we afford that right and who do we deny it?