So bad it’s good: the consumption of critically panned media as a form of distinction
Ruben vandenplas / vrije universiteit brussel

Tommy Wiseau in The Room, GIF by TehLazyWolfy

If anything, the contemporary media landscape is marked by an overflow of choices. With the click of a button, media users can engage in a wide array of practices. However, with only 24 hours in a day and a limited amount of attention to spend, media users deal with this overflow by selectively compiling their own individual ‘media repertoires’. Which can be thought of as the entirety of media practices that a user regularly engages in [1]. But with this increase in opportunities, perhaps, certain symbolic boundaries that were easier to maintain before have begun to break down, as users can now more easily access cultural products through digital platforms. As a result, authors have argued that contemporary media habits, or repertoires, are increasingly marked by an omnivorous taste [2], whereby users more frequently traverse the boundaries of highbrow and lowbrow culture. This has put some of the earlier work on cultural taste [3] into question, asking whether one can still distinguish between users on the basis of their taste patterns alone.

What’s more, this shift has put some onlookers in a pickle when trying to explain the at times conflicting constellations of practices that some users keep. In 2019, for example, Belgian newspapers ran headlines that put this question to their readers: “Surprising,” they proclaimed, “Nearly 2 in 3 viewers of Temptation Island is higher educated” [4]. Running with this question, authors have argued that distinction and symbolic boundary work is no longer expressed through taste alone, but through intricate and sometimes subversive modes of consumption [5]. Untangling these media repertoires that often consist of seemingly conflicting practices, therefor requires us to go beyond just providing a ‘snapshot of crossmedia use’ [6] and explore the more active ways in which users engage with media to compile their repertoires. This journey, which I hope you’ll join me on right now, will take us from the roof of a San Francisco high-rise, to the online space where comedy comes to die.

When Tommy Wiseau first set out to create The Room (Wiseau, 1999), he had grand ambitions for his cinematic debut. Going by the introductory blurb to the original script, The Room was to be an exploration of authentic “human behavior and betrayal” [7]. Its critical reception upon its release however, left much to be desired. The film was critically panned, boasting a score of 9 (out of 100) on Metacritic: the aggregate score of five professional critics brave enough to review it. Nevertheless, the film soon acquired a cult status, spearheading “so bad they’re good” movie-lists along notable entries such as Birdemic: Shock and Terror (Nguyen, 2010) and Troll 2 (Fragasso, 1990). Again, anyone constructing the media repertoires of The Room afficionados would be left scratching their heads. Why are people flocking to movie theatres to watch a movie that seems to have been irrevocably classified as illegitimate and trash? Getting an answer to that question requires sitting in on a viewing of the film. Rather than taking the film at face value, audiences often engage in ironic viewing [8], or revel in the campy dialogue that the characters spit out. They reenact the awkward ‘bromancing’ of the male characters by throwing footballs around and throw spoons towards the screen when they spot one of the framed stock photos of cutlery in the film’s background. In doing so, viewers of The Room distance themselves from the text by acknowledging that they’re “in on the joke” and aware of the film’s label of illegitimate culture, elevating their own viewership of the film.

A similar kind of subversive consumption can be found in the subreddit r/ComedyCemetery. With memes functioning as perhaps one of the most important currencies of cultural capital on the internet, it goes without saying that here too, there are strict boundaries as to what is categorized as good and bad taste. This is perhaps most evident in the content of r/ComedyCemetery, where users share and upvote “stuff that was intended to be humorous, but… isn’t” [9]. Again, by sharing and discussing these memes, users signal to each other that they are ‘in the know’ and are able to recognize bad taste, again distinguishing themselves from those that originally shared and created the memes in question. Going one step further, users in Facebook groups such as ‘A Group Where We Pretend To Be HLN Commenters’ (HLN being a popular sensationalist Flemish newspaper) and subreddit r/WackyTicTacs respectively create pastiches of commenters on HLN’s website, and memes featuring Minions (the tiny yellow henchman introduced in the 2010 Universal Pictures movie Despicable Me). By enlarging some of the characteristics found in these types of content, users again signal and display their cultural capital to their peers. This allows users to display their awareness of the classification of these cultural products as bad taste and distinguish themselves through elaborate performances. In the case of r/WackyTicTacs, users often turn the perceived wholesome and quirkiness of Minions on their heads by reappropriating and veering the original meme’s image and captions into the shocking and the bizarre. 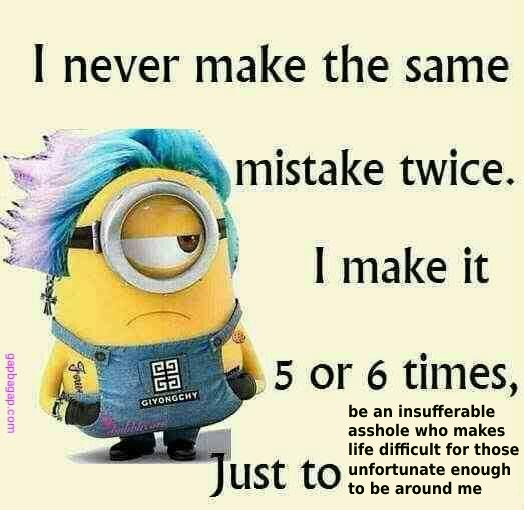 “Oops! It’s because I’m a Capri Sun” by u/IDreamOfMemey

Circling back to the question posed by Flemish newspapers regarding the high amount of higher educated viewers of Temptation Island (Belgium, 2002-07, 2009; 2016-present), we can draw some insights as to how these users might incorporate Temptation Island into their repertoires. When users watch Temptation Island, the show’s content is often secondary, and what draws viewers in most is the social interactions that occur while watching the show. In interviews conducted with viewers of Temptation Island, they often recounted how they hosted viewing sessions before going out with friends, accompanied with drinks and snacks, and spent the whole episode reacting to and discussing the happenings on-screen [10]. As one viewer explained: “In a way, the show becomes more of a topic for conversation while you’re watching it together.” Even when not watching with others physically, viewers would emulate the social practice of watching Temptation Island together by keeping in touch through messaging apps, and sending each other screenshots or memes [11]. In doing so these higher educated viewers nevertheless maintain symbolic boundaries when watching Temptation Island, often readily acknowledging the camp status that the show has attained.

While these examples provide an interesting glimpse at the active, subversive, and complex ways in which users engage with media contents, they also carry important implications for the study of cross-media practices, specifically the study of media repertoires. Here, the argument that repertoires of cross-media practices are more than momentary snapshots, frozen in time [12], rings all the more true. In order to truly understand how users compile their individual media repertoires, it has become increasingly important to combine these quantitative descriptions with qualitative insights from everyday life. In doing so, as I attempted to touch upon in this column, we can begin to disentangle the question scratching at the back of our minds, which struggles to grasp why certain media can draw in flocks of viewers and users, despite being universally considered to be in bad taste.