“Of crucial importance to gay liberation is its very close, logical connection with women’s liberation. The present status of both has been made possible by the increasing public acceptance of birth control, with its implicit acknowledgment that the aim of sex is not necessarily procreation, and its consequent undermining of the tyrannical and repressive norm of monogamy and family.” 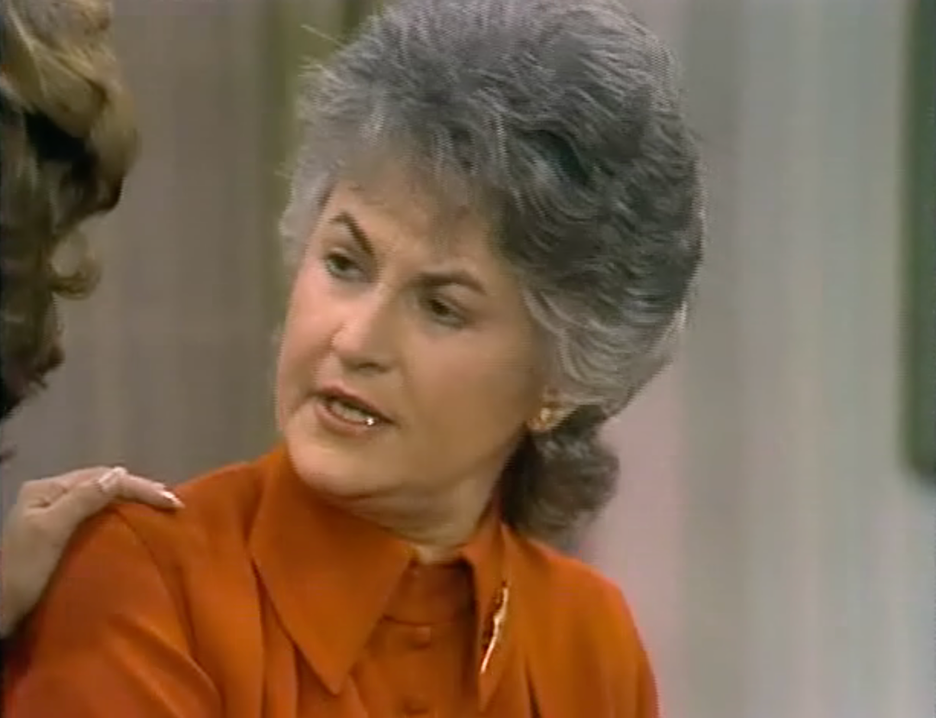 The invitation from Flow‘s editors to contribute this two-part column offers an opportunity for reflecting on the responsibilities of a feminist media critic circa 2021. Having recently earned tenure at a supportive institution, I’m fully aware that such questioning is made possible by my having a choice – a term I use intentionally – of how to wield my newly minted means of academic agitation to attend to those responsibilities. Assessing what I have sacrificed on my path to this position, I’m mindful too that my opting to be (as a cousin of mine calls it) “child-free” has been provisioned by my privilege as well. This Fall, appalled by Flow’s home state giving free rein to carry guns sans license or background check (after enabling “campus carry” in 2015) while blocking access to federally-mandated women’s healthcare provisions, I pondered how I might effectively intervene – short of tying Texas legislators down and forcing them to watch every title on my “Filming Abortion” playlist – by prevailing upon popular media’s potential to fight on behalf of our imperiled right to reproductive justice.

In the “Nasty Women & American Television Comedy” seminar I’m currently teaching we watch “Maude’s Dilemma,” a two-part “very special episode” of the Bea Arthur-Norman Lear sitcom Maude, which aired in November 1972, two years after New York (where Maude is set) decriminalized abortion and mere months before Roe v. Wade was decided. In my decade-plus of teaching “Maude’s Dilemma,” students are consistently impressed by its confronting head-on what scripted TV (then and now) too frequently deflects; unplanned pregnancies are more typically resolved by miscarriage or found to be mistakes. Yet students also savvily appraise Maude’s safe assigning of its “dilemma” to a wealthy white woman for whom the prospect of becoming a parent at 47 justifies her ultimate decision; “It would be wrong to have a child at our age,” agree Maude and husband Walter (Bill Macy). Filling the full hour (of programming time) in deliberation nonetheless, Maude finally voices her choice – endowed by her privilege as much as the law – to have an abortion. Alongside fathoming more fully my now near-contemporary Maude (Bea Arthur was already 50, in fact) weighing her likely last chance at biological motherhood, what’s changed in the course of my teaching “Maude’s Dilemma” is that we no longer view it as a relic of the past. Fifty years after its original airing, “Maude’s Dilemma” is relevant again.

While scripted TV has since offered a range of “takes” on abortion, that “Maude’s Dilemma” remains my teaching go-to attests to an ongoing paucity of similarly daring representations of reproductive justice. While The Handmaid’s Tale indisputably goes there, the dystopian future it depicts is so mired in gendered violence that it leaves some viewers despondent. However valuable, its exacting vision of reproductive tyranny should share the screen with representations that reflect the value of state-safeguarded reproductive rights. After all, it’s because Maude has a choice that her dilemma has a laugh track.

This is not to buy into the fallacy that the streaming wars will necessarily produce representational diversity (much less social change), as critical race scholar Kristen Warner has recently reminded us. So while empirical studies show an upward trend in media treatments of abortion, as a humanities-trained critic I’m steered to single out particularly resonant individual works such as Cristian Mungiu’s 4 Months, 3 Weeks and 2 Days (2007) and Eliza Hittman’s Never Rarely Sometimes Always (2020). 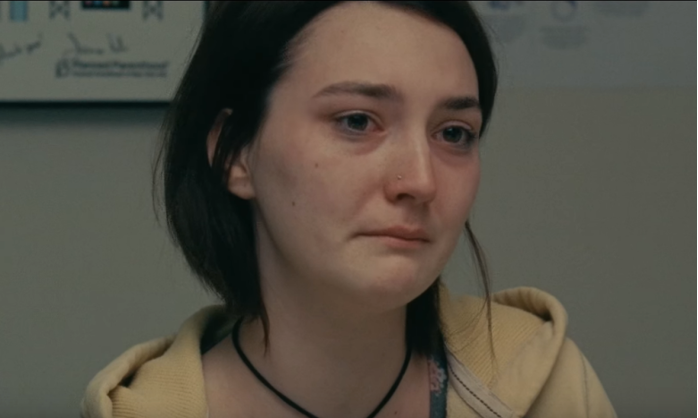 Maude, not so much. However “very special,” the episode is too hokey in its 70s sitcom-y slapstick, which has Walter choke on a chicken bone at hearing Maude’s news; too maddening in devoting its B-plot to Walter’s belatedly considering a vasectomy with nary a mention of other forms of contraception; too mocking of both pro-choice daughter Carol’s (Adrienne Barbeau) analogizing abortion to routine healthcare and the pro-life neighbor pregnant with her fifth asking “What’s one more?”; too sidelining of housekeeper Florida (Esther Rolle) – soon to spin-off as the matriarch of Good Times – in an all-too-obvious deflection from the groups most vulnerable (then and now) to reproductive injustice. Precisely because of its blindspots, “Maude’s Dilemma” teaches well. Why I find myself writing about it all these years later stems from my newfound questioning of its capacity for effecting change.

The seismic shift from a three-network landscape circa 1972 to our peak TV era raises the question of whether such a diffuse medium still holds potential for consensus-building let alone action-taking. Yet, in pointing out the importance of “millennium water-cooler media” in Provocauteurs and Provocations: Screening Sex in 21st Century Media (2021), I argue that our contemporary channels of discourse (online forums and social media) enable and amplify charged debate of the sort “Maude’s Dilemma” catalyzed back in 1972 – and presumably could still, seeing how divided we remain on abortion. While I wish a subtitled work of slow cinema set in grimmest Ceaușescu-era Romania would go viral or get past Amy Coney Barrett’s “hyper vigilant” bias, Norman Lear is a likelier bet. 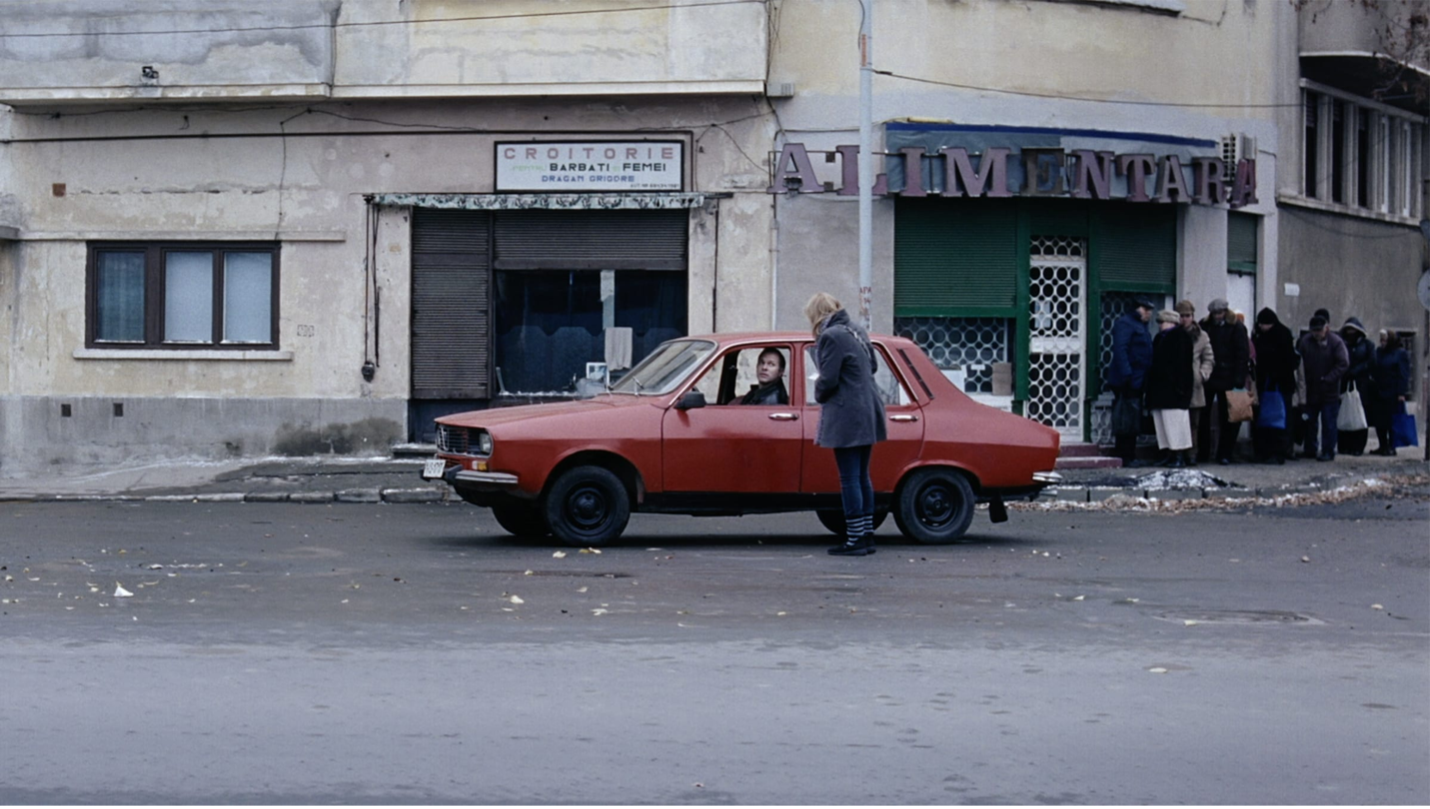 The power of storytelling compels us.

As Maude’s theme song goes, “When the country was falling apart, Betsy Ross got it all sewed up.” Can our now-tattered national fabric be stitched together sufficient to reinforce Roe v. Wade, and what does the standoff between anti-choice zealots (on and off the bench) and Hollywood’s “liberal elite” mean for mainstream media’s chance of winning hearts and minds? We know that facts alone don’t change minds, that to overcome confirmation bias requires emotional appeals. Of the “six R’s” set out in Harvard cognitive psychologist Howard Gardner’s Changing Minds (2006), “representational redescriptions” are most redolent of what a self-congratulatory entertainment industry often bills as “the power of storytelling.” But could anything scripted TV creates pack the emotional punch of three Democratic congresswomen (in televised House testimony) or actor Uma Thurman (in a Washington Post op-ed) sharing their first-hand accounts of undergoing abortion?

My earliest and (if I’m being honest) still most memorable encounter with the mediated imperative that (as Planned Parenthood’s slogan proclaims) “We Won’t Go Back” falls somewhere between sitcom and art film. No matter how cringe-inducing to admit, Dirty Dancing’s (1987) depiction of the aftermath of a back-alley abortion terrified my pre-teen self, as it did a friend who recently recalled it to me and (I’m sure) countless other women of my generation. That is storytelling’s power.

Writing in the wake of “Maude’s Dilemma” airing, the New York Times’ Aljean Harmetz (1972) dared dream of its discursive door-opening, “If we’re lucky, it’s a door that will never shut properly again.” With bitter irony, that door’s ushering in of Roe v. Wade soon thereafter seems to have motivated conservatives to conspire and commit this latest chilling burglary (to invoke another pivotal media event of 1972, one also consecrated through cinema) on our constitutional bulwark. Moreover, it took the same friend who re-invoked Dirty Dancing’s (for us) primal scene to remind me of the women protestors worldwide attired in costuming from The Handmaid’s Tale – a reference regarded first as a sobering warning then as an effacement of the real ways in which minoritized women’s reproductive freedoms have long been obstructed.

My choice of subtitle offers an ode to Robin Wood’s landmark work “Responsibilities of a Gay Film Critic” (1978), in which he espouses a critical praxis informed but not circumscribed by his newly-out identity. That my own critical writing should be indelibly marked by my personhood seems self-evident, yet it was not always thus – hence my debt to his and others’ insistence on embracing rather than disavowing our scholar-fan positioning (Doty 2000), on honing an “oppositional gaze” to contend with sexist, racist, and classist domination (hooks 1992), and as a generation of feminist activists proclaimed, on making the personal political.

Whether typed on laptops or attired at the barricades, whether Maude or The Handmaid’s Tale, our critical and creative media work should serve to encourage and defend sisterhood, and spur debate that expands our awareness so as to propel our action. As another steel-willed character eponymously cited – in Céline Sciamma’s Portrait of a Lady on Fire (2019) – commands of her painter-lover as they watch over the younger and more disadvantaged woman undergoing an abortion performed by a late-eighteenth century midwife: “Look.” 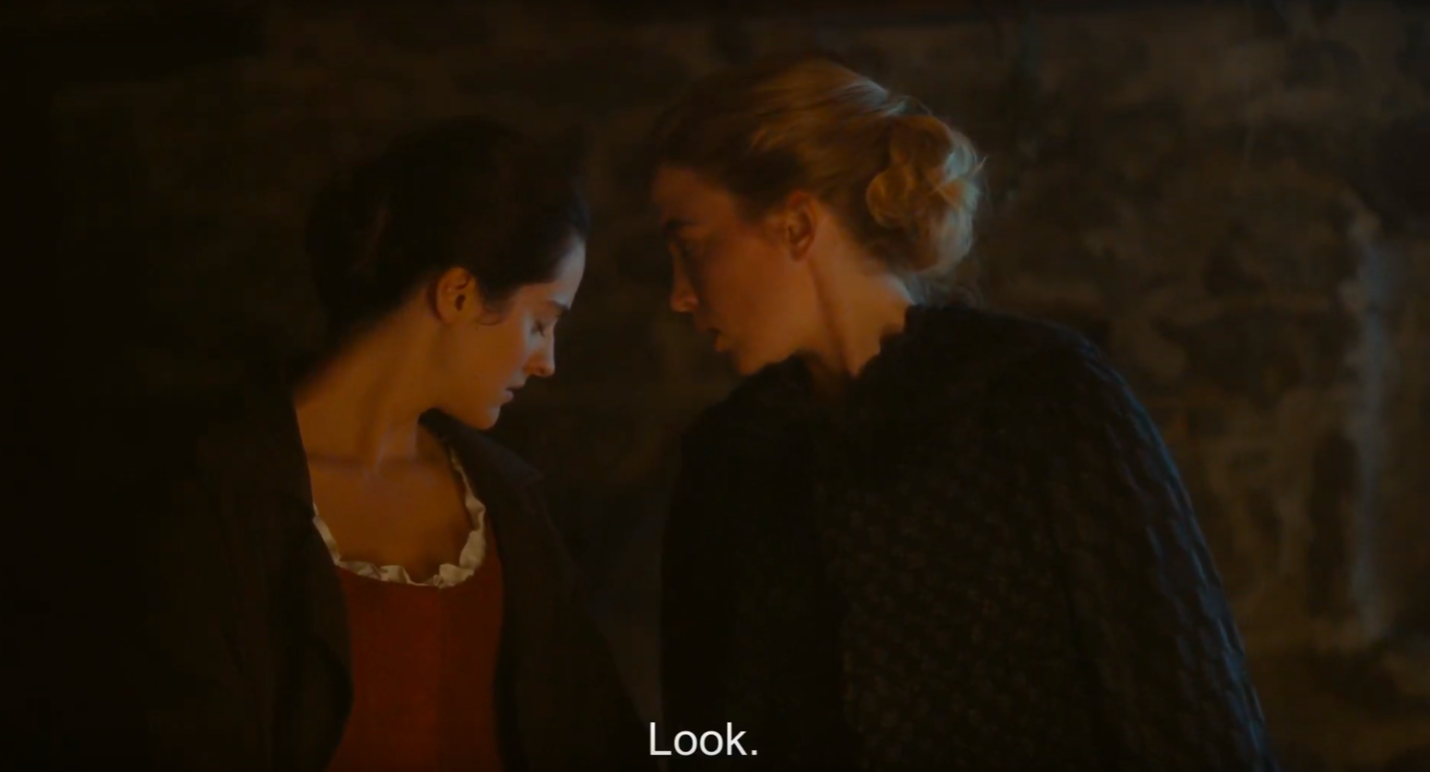 Disclosure: The author is on the faculty of Norman Lear’s alma mater Emerson College.