The Ethics of Televisual Emotions: Looking Back on 9/11
Philip Scepanski / Marist College 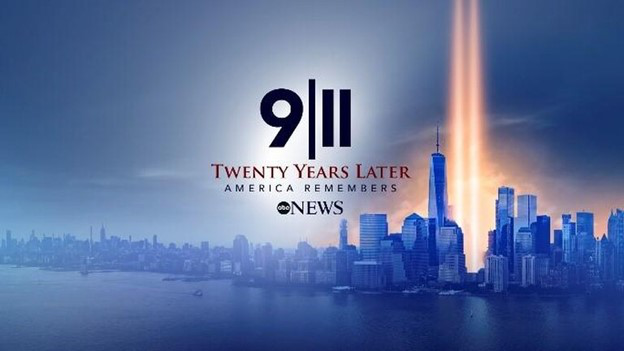 With the recent twentieth anniversary of 9/11, television and other media spent time reflecting not only on the attacks themselves, but also their own role in covering those events. Similarly, I have been thinking about television’s immediate and longer-term engagement with 9/11 and my own research into media engagement with mass trauma. One of the motivating questions of my dissertation research and eventual book (out now!!!) was to ask why I, a Midwesterner in 2001, felt so emotionally affected by those events. Like many, I mourned for the victims of that attack despite not knowing any personally. The bell tolls for me, I suppose, but why did I feel so devastated by this news as opposed to, say, the Bosnian genocide of the 1990s or the suffering that US military actions would eventually inflict on both civilians and servicepeople?

The answer, as I’ve sketched out in various venues since then, is complex. Certainly, issues of race, ethnicity, class, and nationality are crucial to the ways in which we identify with the victims and survivors of such horrible events. As a television scholar specifically, my focus has been on the ways media create and reinforce narratives and ideologies that invite us to identify with and mourn for some people we don’t know while ignoring others. Television and other media follow a script in response to traumas that we have witnessed repeatedly, even if few events spawn the ubiquitous coverage comparable to 9/11’s. In many ways, events like these parallel the more planned integrative ceremonies like sporting events and presidential inaugurations where explicit markers of national identity take on an emotional tenor. [1] The feelings surrounding athletic competition or explicit nationalistic ceremony seem very different from those we associate with national trauma, but the sadness and anxiety that defined 9/11 and its television coverage serve similar ends in terms of creating and reinforcing senses of national unity, however illusory or short-lived. [2]

Highlighting the enormous and continual impacts of these events, Afghanistan is back in the news as the US military presence there draws down. The apparent twenty-year mistake of the Afghan war is at once part of the 9/11 narrative and a trauma all its own. Afghanistan and Iraq were in many ways predicated on the affective impacts of 9/11 as sadness, fear, and anger turned to bloodlust—responses largely codified and endlessly reinforced by television’s news and entertainment narratives. [3] Those same feelings motivated Islamophobia and more general xenophobia. In a longer-term view, such easily politicized emotions have led to a host of additional problems. Donald Trump exploited post-9/11 Islamophobia and xenophobia in his birtherism and eventual presidential campaign. It is not difficult then to see Trumpism, America’s poor response to COVID, January 6, Q-anon, and any number of other troubling developments as a result of those first emotional responses to 9/11. 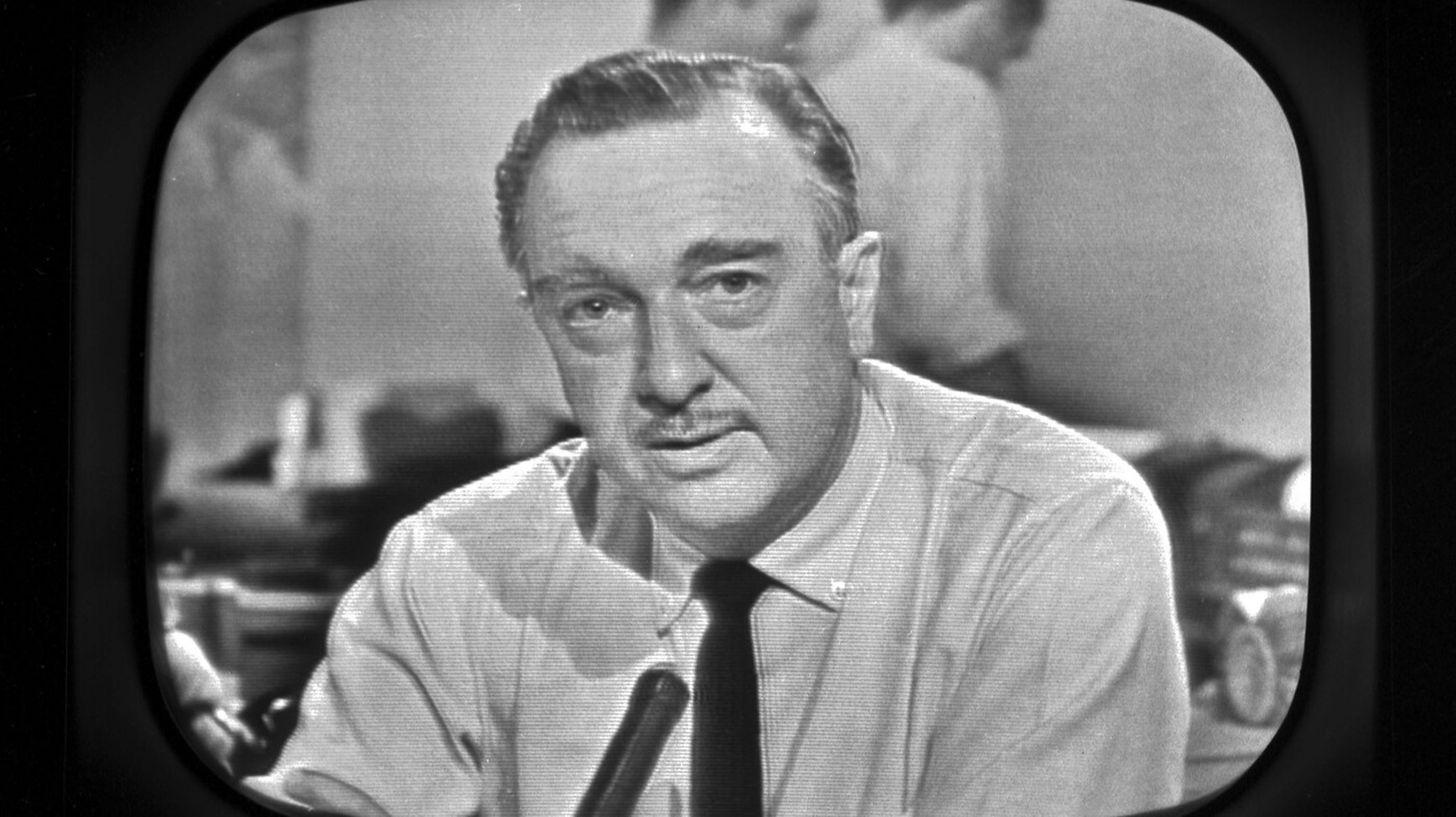 Figure 2: Walter Cronkite on the Assassination of John F. Kennedy

Walter Cronkite’s emotional tone when delivering the news of John F. Kennedy’s death holds a particularly significant place in the common retelling of that narrative. In suspending his more typical stoicism, Cronkite set precedent for future television journalists. In 2001, the fact that essentially every camera in the television news capital of America was trained on the tower as the second plane hit offered collective witness. Moreover, the real time liveness of that and ensuing coverage meant that viewers could see and hear the immediate responses of emotionally wrought eyewitnesses and reporters without reflection or editing. Audiovisual recordings of moments like the second plane hitting and the towers collapsing reveal not only the visible horror of the disasters themselves, but also the haunting screams and cries of invisible television crew members picked up by studio microphones. As time wore on, the repetition compulsion of disaster coverage turned raw footage into video packages borrowing techniques from melodrama, action, and horror. [4] Eventually, fictionalized narratives like United 93 and more fully fictional media like television series Third Watch and 24 continued to hit these same emotional notes for years afterward. At each anniversary, up to and including the twentieth, television and other cultural institutions invite us to feel particular ways about that event. 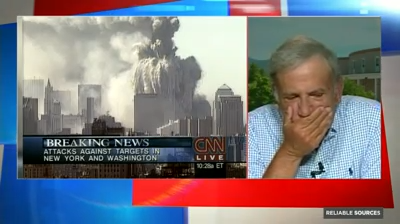 Viewing those events through the lens of television studies raises ethical dilemmas about the medium’s role in fomenting the emotions that have led to terrible outcomes. I have never been comfortable with the common assumption that it is a good in itself to be traumatized by news coverage like this, but neither is it easy to argue that we should not care. Truth be told, I probably leaned too far towards the latter misstep in the early years of my research. For a time, I felt that stoic detachment from national trauma was the best response. I figured that without pesky emotions to cloud our judgment, politicians would be forced to make the case for policy based on reason and logic. Being that my research focus has been primarily on comedy as a response to such events, I argued that one of the genre’s most significant roles was as novocaine. By soothing the unpleasant feelings associated with events like 9/11, the sick humor of shows like Family Guy and South Park calloused the public in such a way that we could approach policy more rationally. But if I was perhaps not entirely cynical, then my opinions were at least overly simple. While I maintain that there is some value in this way of thinking, my views began to change as Barack Obama and others argued that there is political value in being raw, hurt, and sad about collective traumas. Mass media’s rote coverage of mass shootings seemed to usher people too quickly through the stages of grief such that progressive action became impossible. During this period, I also began working in New York State’s Hudson Valley where a significant number of my students were from areas near New York City and Newtown, Connecticut. Confronted with those whose neighbors and loved ones had more direct encounters with the unimaginable made it impossible to understand terror attacks and school shootings as purely “virtual” events. [5]

There are many lessons to be learned from reflecting on 9/11’s twentieth anniversary, both about how media approach such events and how we ought to react. Coverage inviting pro-social emotions like sympathy seem more beneficial than those promoting fear and hate. News producers have moved in a more ethical direction in the last twenty years, but there will always be more work to do. To state the obvious, emotions like sympathetic sadness that connect people through emotions, even if mostly symbolically, tend to create better political outcomes than those that foster rancor. And as television connects us to survivors and victims through our sympathy, media producers and critics need to remain aware and guard against the tendency to build a sense community by Othering some group as the enemy, especially when that enemy represents a vulnerable population. As Hollis Griffin once told me in another online forum, it is not just the wrong actions that we must guard against. Paralyzing apathy is also a danger. It is important to perform one’s emotions as political or otherwise concrete positive action. And as a person, do I want to be so solipsistic in my understanding of mass media to the point where I fail to acknowledge the suffering of those who live outside my immediate sphere of experience? Absolutely not.