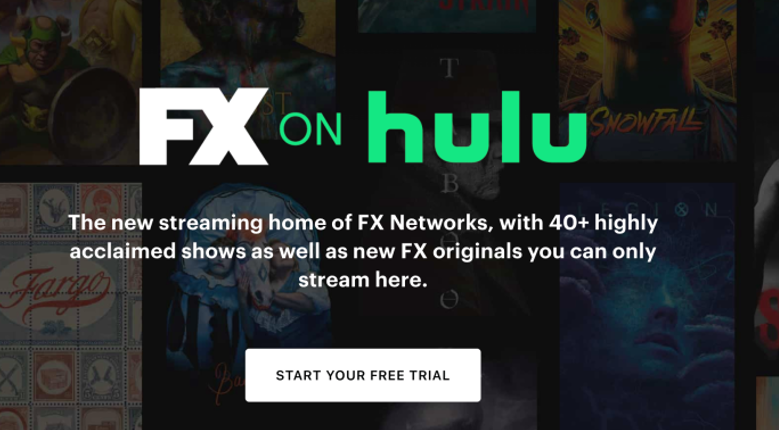 Last week I was speaking with the brilliant Australian scholar Alexa Scarlata on Zoom,;I had “met” her during her SCMS 2021 virtual panel and given our mutual interests in television distribution and technology studies, we have been corresponding since March. During our discussion of digital streaming platforms, I asked her if she had heard of the US service Hulu. To my surprise, Alexa explained that not only had she heard of Hulu, but that, contrary to my belief, Hulu content was available to Australian audiences via an Australia-only channel on Disney+ called Star. It is not surprising that Disney would develop a route to monetize their library of Hulu licensed content and originals in markets outside the United States. Yet, as someone who has followed Hulu’s trajectory from its origins as the broadcast network syndication alternative to YouTube and iTunes, and who discovered its geolocating software prevents platform access outside the US through my own travel abroad, I have had Hulu’s distinction as a US-only SVOD long cemented in my psyche. Furthermore, in the wake of Disney’s acquisition of Twentieth Century Fox’s (TCF) library and production and distribution operations (except for the FOX broadcast network[1]), I had watched as Disney lustily carved up the Twentieth Century content library between Disney+ and Hulu. These decisions, in my mind, reflected specific target demographics. The Sound of Music (Wise, 1965) and The Simpsons (FOX, 1989–) were on Disney+, because kids…I guess, while FX content was rebranded as FX on Hulu, seemingly signaling that Hulu was becoming Disney’s distribution outlet for the more edgy, adult content in its library. A shift indeed from Disney’s distribution strategies 13 years ago, as the Mouse House was the last of the three broadcast network owners to invest in Hulu in 2009, two years after NBCUniversal (later Comcast) and News Corp began their joint-venture to stake out a space in the digital ether for legacy television.

I will use this Flow essay to briefly chart out Hulu’s shifting industrial manifestations, in order to demonstrate Hulu’s ongoing significance to the convergence between legacy television and digital distribution cultures, whilst weathering the vicissitudes of media conglomerate mergers and acquisitions.

Hulu originated as a joint-venture between NBCUniversal (later Comcast) and News Corp in 2007. Josh Braun has argued that Hulu was understood as a counterartifact, “a technological device constructed in response to another as a means of negating its effects” because he understood Hulu as a response to piracy, and wrote that “The networks hoped Hulu would stop at least some viewers from watching illegally uploaded copies of their clips on YouTube—and perhaps even keep them from being shared illegally in the first place.”[2] This is partly accurate, however, I briefly expand upon this to explain that Hulu was not just an answer to piracy, on YouTube and elsewhere. Hulu was originally conceived of as a way to adapt broadcast distribution logics into streaming distribution, to circumvent both YouTube and iTunes as third-party gatekeepers, and control the online advertising ecosystem. NBCUniversal CEO in 2007, Jeff Zucker, was explicitly hostile towards iTunes, where NBC originally had a contract to legitimately use iTunes as a sell-through venue for TV episodes and seasons. Zucker said in 2007 that digital business models like iTunes were turning media revenues “‘from dollars into pennies,'” further venting that “Apple sold millions of dollars’ worth of hardware off the back of our content, and made a lot of money. They did not want to share in what they were making off the hardware or allow us to adjust pricing.“[3] Later in 2008, Zucker would defend NBC’s decision to end its contract with iTunes and close down NBC’s official YouTube Channel in October 2007[4], supporting the formation of Hulu, saying “The economics around these digital properties are not yet fully formed — that’s five years away. We can’t trade today’s analog dollars for digital pennies.”[5]

In its early stages, Hulu was envisioned as part of a larger distribution network that would essentially syndicate NBCUniversal and FOX’s broadcast programming across AOL, Yahoo, and MySpace. Part of News Corp’s involvement in the partnership with NBCUniversal was the leveraging of their recently acquired social media platform, MySpace, and branding a sector MySpaceTV in order to bring MySpace users to the new online platform. However, after Jason Kilar was poached from Amazon to head what come to be called Hulu in 2007, he played a role in designing Hulu as a stand-alone platform that would transfer broadcasting’s free ad-supported TV model to the internet. 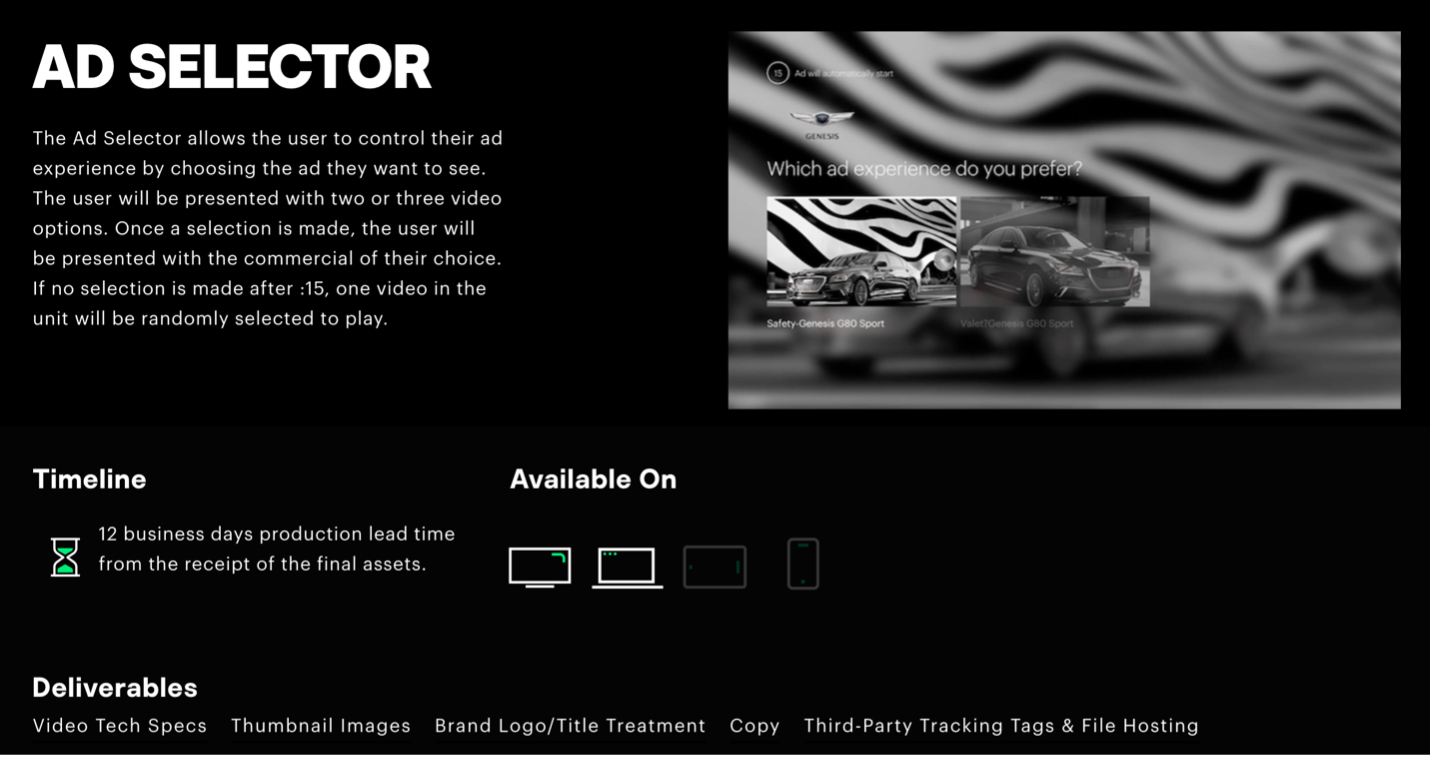 Officially launched in October 2008, a year after Netflix began its streaming service, Hulu distinguished itself from these other streaming platforms by offering next-day streaming of current network programs for free to visitors, as well as offering subscribers a catalog of films and television series to view online. Only content professionally produced by legacy media companies was hosted on Hulu, and the platform attempted to balance the ad-free appeal of piracy, iTunes and early YouTube, with broadcasting’s legacy of selling the commodity audience to advertisers. To this end, when Hulu launched, ads were shorter and only comprised two minutes per half hour, a stark contrast to the traditional six minutes per half hour on linear TV.[6] Film promoters could sponsor a viewer’s option to watch an entire program ad-free if they agreed to a two-and-a-half minute movie trailer upfront. Hulu’s Ad Selector tool allowed users to choose the ad they most wanted to view, while on the back end, advertisers were given day-parting and geo-targeting capabilities, further highlighting the ways in which early Hulu integrated legacy broadcasting into its digital platform.[7] This process culminated in the literal integration of linear television into the Hulu platform with Hulu Live in 2017.

At the same time that Hulu was making plans to launch its Hulu Live service, an option that would allow subscribers to pay extra for an over-the-top linear television programming akin to cable, it was also shifting away from its position as the online venue for Comcast, News Corp and Disney to distribute next-day broadcast network content in a free, ad-supported environment. Hulu was one of the first platforms in the US to begin producing original content for exclusive distribution on their streaming service in 2011, two years before Netflix got into the original content game with House of Cards in 2013. As Hulu’s investment in original content grew, their strategy shifted from using broadcast television as a model toward the subscription-based TV model popularized by premium cable channels in the 1970s and employed by Hulu’s main streaming service competitors: Amazon Prime and Netflix. In 2016, Hulu senior VP Ben Smith announced that Hulu would no longer offer free ad-based viewing of broadcast television content, saying “As we have continued to enhance that offering with new originals, exclusive acquisitions, and movies, the free service became very limited and no longer aligned with the Hulu experience or content strategy.”[8] This realignment of Hulu’s distribution strategy from network syndicator to subscription streaming platform corresponded to Hulu’s increased investment in dramatic programming and desire for the legitimation other subscription-based television outlets like HBO, Netflix and Amazon have garnered through prestigious television awards at the Golden Globes and the Emmys. The Hulu original The Handmaid’s Tale has ostensibly been the most successful Hulu Original in this regard, becoming the first to win Best Drama for the platform in 2017. As a side note, the 2017 Emmy Nominees for Best Television Drama included only one broadcast program, This Is Us, which is produced by TCF TV, now also owned by the Walt Disney Corporation following the 2019 acquisition of TCF holdings. 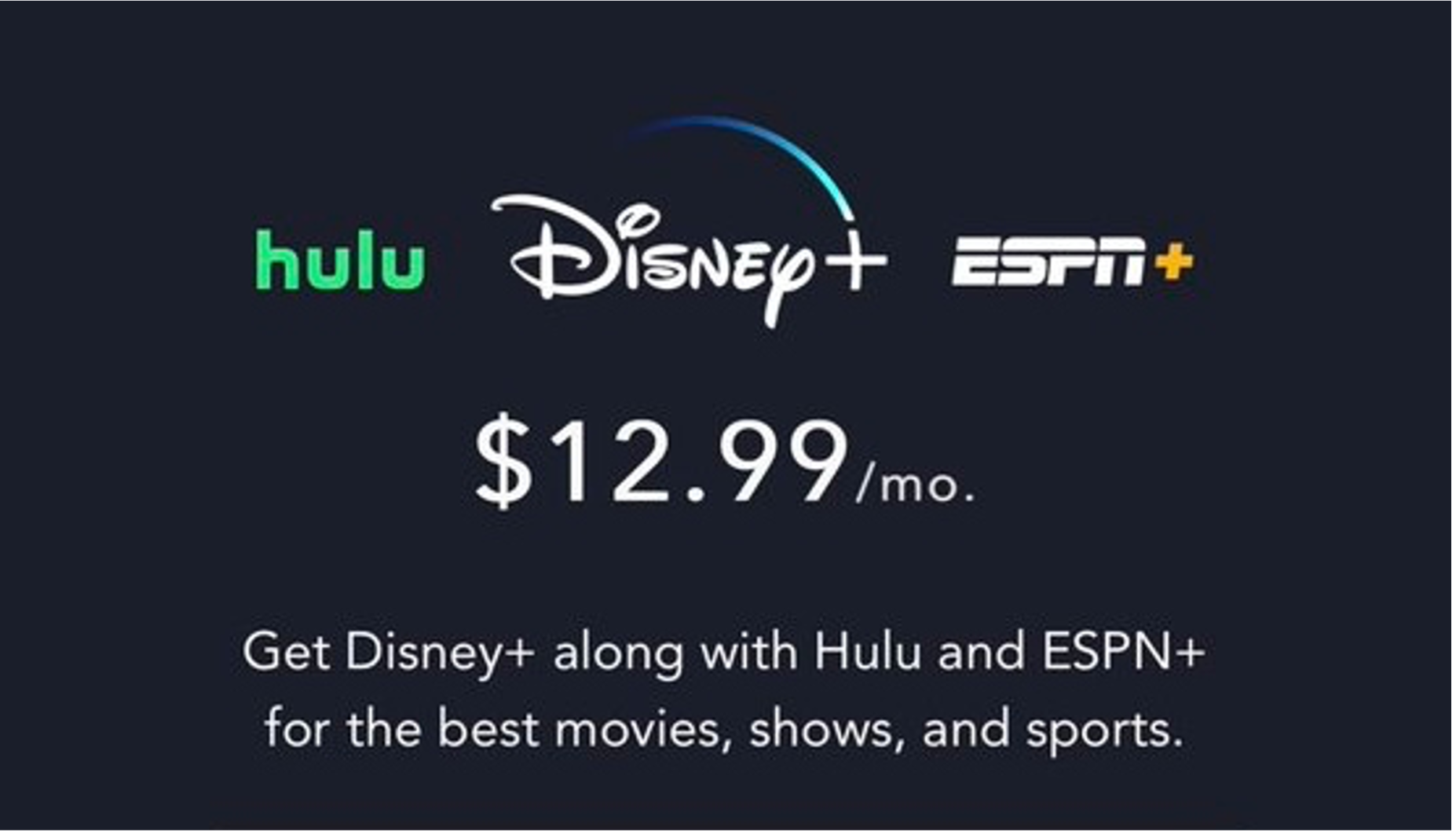 Hulu bundled with Disney+ and ESPN as part of Disney’s effort to capture multiple audiences.

These shifts are in flux, as Comcast still has ongoing licensing agreements through 2024, although it surrendered its stakeholder control to Disney in a 2019 agreement after the TCF deal made Disney the outsized majority stakeholder in Hulu. Comcast will undoubtedly move all of its remaining content from Hulu to Peacock in 2024, if Peacock is still a thing, while Disney continues to bolster its use of Hulu as part of its evolving three-prong strategy to self-distribute content directly to consumers in the US (and beyond) via distinct branded platforms: ESPN+, Disney+ and Hulu. Since Disney became the primary stakeholder and parent company for Hulu in 2019, the site has continued to invest in original content, while also now hosting FX on Hulu alongside ongoing transnational syndication deals and holdings from Disney’s expanded content library. Thus, Disney’s repurposing of Hulu as an outlet for more mature content marks a shift in the history of Hulu’s function within digital culture and the television industries more broadly. It points to the fact that while conglomerates are indeed powerful, they are not monolithic, and their strategies for synergy and vertical integration are consistently shifting in response to mergers, leadership changes, and industrial logics regarding the management of risk in the face of technological advancement.