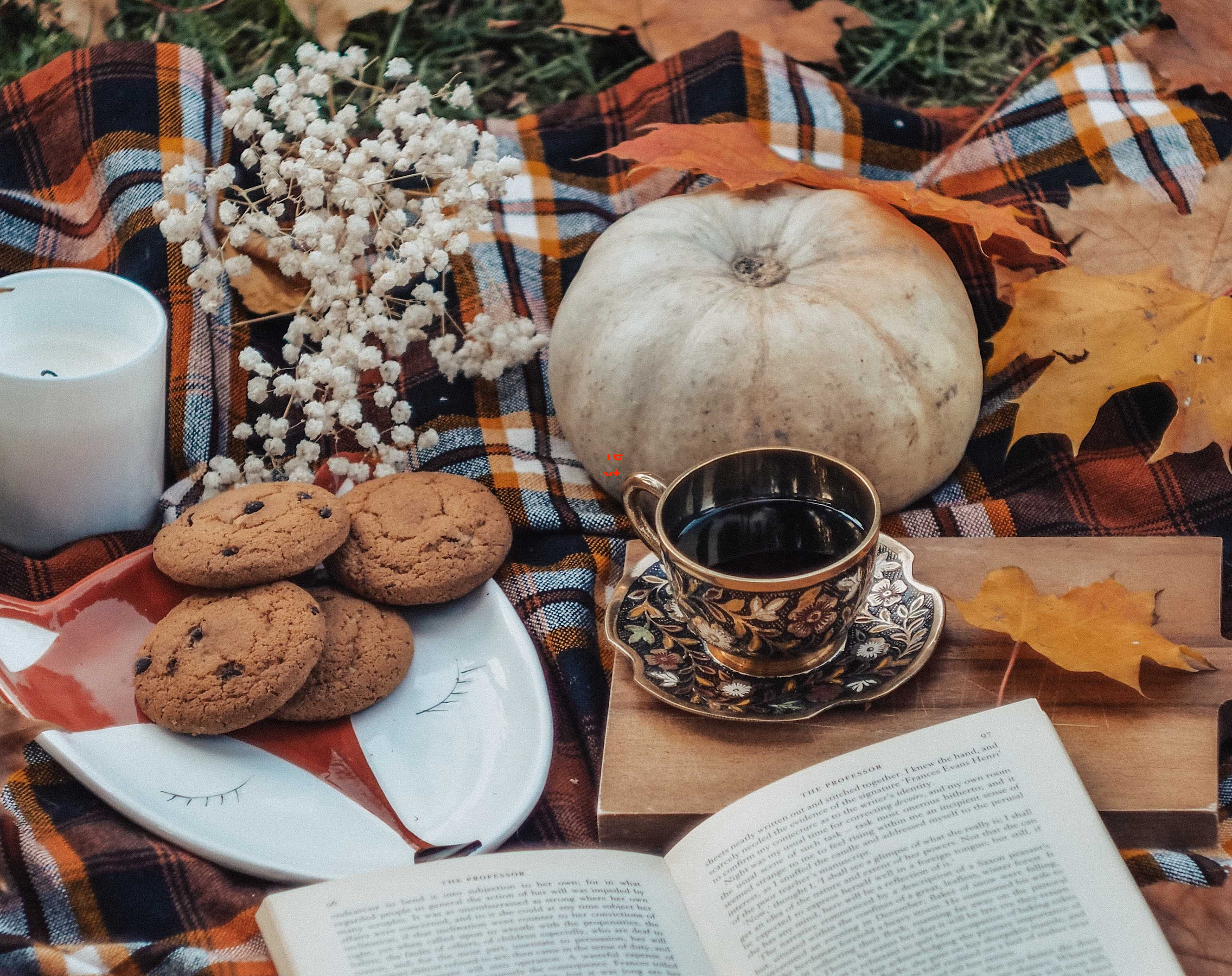 I first learned about “cottagecore” during quarantine from its persistent appearance in popular press articles from Vox, The New York Times, and NPR. Cottagecore is a decor, food, and overall lifestyle aesthetic in which its practitioners lean into (seemingly) simplistic, pastoral home life, often rural, or, at the very least, a city bedroom or corner of an apartment draped in lace and dried flowers. Additionally, cottagecore appears premised upon the familiar myth of slow time associated with agrarian living and escaping the hectic pace of city life. It, too, according to these articles, possesses a contemporary quality as it is often described as a result of quarantine living in which home serves as the space where all life occurs. This contemporary quality is also likely attributed to much cottagecore content belonging to video platform TikTok, yet as I discuss below, I find the medium to be of lesser importance than the content. Cottagecore, like domestic practices before it, belongs to a media history dating back to the nineteenth century and the rise of industrialization. As such, popular press articles published this year can’t encapsulate the longevity of cottagecore aesthetics and the ways in which such content reflects and continues a long past of imbuing domestic space with sacred, mythical meaning.

Cottagecore is particularly salient due not only to its current popularity and the intrigue it has generated but also due to its reflection of the trend cultural critic Emily Matchar calls “New Domesticity.” Scholars such as Diane Negra (2009), Elspeth Probyn (1990), and Jack Bratich and Heidi Brush (2011) offer similar analyses of women “returning home” after unsatisfying attempts to privilege professional life over growing a family. “New Domesticity,” as discussed by Matchar in her 2013 book Homeward Bound (the same title of historian Elaine Tyler May’s book on the domestic containment culture of postwar America) is “the re-embrace of home and hearth,” described by its followers as a lifestyle alternative for those who “are sick of long work hours and crappy convenience foods” and who are “ready to return home” (12, 7).

While Matchar’s book centers interviews with new domestics and her media analysis is limited to blogs, lifestyle and cookery programs, too, have tapped into this discourse of simpler living with several examples of high-profile career women moving to rural settings to start their families. Ree Drummond, the star of Food Network’s Pioneer Woman (2011-), and Molly Yeh of Girl Meets Farm (2018-) have both largely abandoned traditional career life for homesteading and raising their children on familial farmlands in Oklahoma and North Dakota, respectively. Tisha Dejmanee (2019) notes the ways in which such programs “subtly reinforce relationships between nostalgia for the wholesome simplicity of traditional comfort foods and histories of White land ownership and conservative politics” (81). Lineages of family recipes and family lands create a backdrop for programs such as The Pioneer Woman and Girl Meets Farm, part of a group of programs on Food Network, which Dejmanee describes as “Heartland Kitchen” shows. 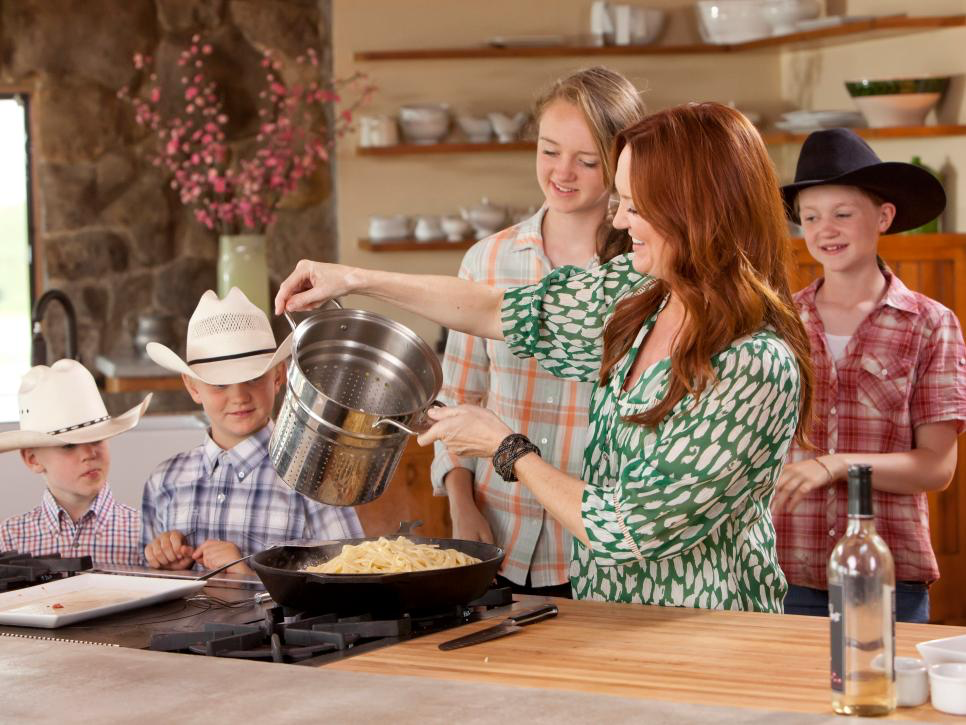 Programming on Food Network reveals the discrepancies between postfeminist domestic time and the need to “have it all” regarding work and family and “new” domestic time. The ordering of postfeminist time is premised upon balancing the duties of home and work, with tips and tricks provided by domestic advisors for capturing and maintaining this elusive balance. Elizabeth Nathanson (2009) names Rachael Ray and her popular program, 30 Minute Meals (Food Network, 2001-12; 2019-), as representative of such. Programs like 30 Minute Meals and their celebrity advisors demonstrate “[finding] pleasure in everyday tasks by carefully balancing multiple demands” (Nathanson 2009, 318). While shortcut and time conscious programs continue to prosper across lifestyle and home networks, “New Domesticity” focuses less on balance and more on taking back one’s time from the demands of neoliberal, late capitalist living. Living in the postfeminist “time crunch,” in which family time is often sacrificed to the demands of work is the precise escapist alternative purportedly offered by new domestic living. While “New Domesticity” and cottagecore living appear to offer satisfying alternatives to the grind of existence under neoliberalism, it is important to identify the ways in which these “alternate” lifestyles look quite familiar.

In studying “New Domesticity” on television, a term I don’t particularly prescribe to but has come to represent burgeoning questions about contemporary domestic practices, I found that much of this content takes place beyond television screens, despite the intimate relationship between domestic content and television programming since the 1950s. While domestic content continues to thrive on television via Food Network and HGTV, new media platforms like TikTok proliferate with new domestic content. In looking at domestic trends across media, it becomes necessary to frame cottagecore content on TikTok as an immediate relative, borrowing a longstanding and ubiquitous media blueprint for idyllic home life.

The #cottagecore tag on TikTok currently has 3.9 billion views and the homepage features content from popular creators. The videos on this page, from users lillies.apothocary (217.4k followers), hereatthecottage (324.4k followers), and jesca.her (249.k followers) feature content with recurring themes and imagery: rustic home cooking, home/property tours, and aesthetically saturated posts featuring flowers, candles, and warm lighting; cozy and hyper-aesthetically curated spaces make up most of the content. The comforts of home in cottagecore living are very much on display and while these comforts might not look like the most desirable conditions of contemporary homes, such as open floor plans and gleaming white kitchens, the desirability for highly curated and aestheticized space remain the same. The pace of the videos is often leisurely and gaiting, with soft melodic music and voiceovers barely above a whisper.

Much like domestic content on television, the lengths of time, necessary skill, and money to achieve such spaces is left out as to not disturb the mythic aesthetics of slow time and the stark separation between home and work; home as sanctuary or oasis, as cleanly cleaved from the realm of labor is the premise of new domestic content. Home ownership and what Melissa Gregg (2018) calls “temporal sovereignty” are yoked to expressions of home as sanctuary and the bedrock of much cottagecore content. While cottagecore living likely doesn’t imagine the suburbs as its ideal location, the move from cities to suburbs and increases in home ownership after WWII looks quite similar. Lynn Spigel (1992) notes that massive migration of young married couples to the suburbs “offered, primarily to the young adults of the middle class, a new stake in the ideology of privacy and property rights” (5). As such, “the home functioned as a kind of fall-out shelter from the anxieties and uncertainties of public life” and “was predicated upon the clear division between public and private spheres” (Spigel 1992, 6). Cottagecore and new domestic content follows a similar trajectory insofar as private property provides middle-class families and individuals with the space to perform the rituals of manifesting “the good life.” Additionally, cottagecore, much like newly minted suburbanites, in addition to being middle-class are largely white, sustaining the achievement of a nationally recognized “good life” as the domain of a small fragment of the population. In addition to home ownership is temporal sovereignty and the ability to choose how to spend one’s time, which in new domestic content equates to the ability to opt-out of the pacing of neoliberal life, to spend one’s time refurbishing a cottage and baking bread from scratch.

A life that doesn’t center work is, in my estimation, a radical and necessary exercise in thinking. Kathi Weeks (2011) proposes what she describes as “antiwork politics and postwork imaginaries” in which “The goal is … to claim the time to reinvent our lives, to reimagine and redefine our spaces, practices, and relationships of nonwork time” (168). However, she cautions against adhering to false dynamics that imagine the home as void of labor in the vein of new domestic content. “New Domesticity” does not, it seems, afford the possibility of time being unscripted by nostalgia for “simpler” times, nor the possibility of cultivating new pleasures and ways of being that don’t follow the familiar tread of domestic trends prior.

Negra, Diane. 2009. What a Girl Wants?: Fantasizing the Reclamation of Self in Postfeminism. New York: Routledge.