There’s a persistent idea that every song you could ever want to listen to is only a few clicks away. News stories about streaming music services, and the tech companies behind them, regularly advance claims about revolutionary attributes, including their extensive and comprehensive catalogues.

In June 2006, Wired proclaimed that the celestial jukebox, “the ability to access all content ever created, from anywhere, at any time,” was becoming a reality, “at least as far as music goes.” The article followed the launch of Spotify in Europe but was years shy of its entry into North America. The concept of the Long Tail also entered the digital-musical vernacular around this time. According to Chris Anderson in 2004, you “can find everything out there on the Long Tail.” Niche selections, liberated from the limits of shelf space in bricks and mortar stores and from hit-driven economics would find an audience online.

There is no disputing the fact that there are more titles available on major streaming music services like Spotify and Apple Music than at your average record store. But an imbalance of power in the music industries, in favor of big labels and big tech companies, have perpetuated a hit-driven economy. “Superstars are capturing the vast majority of music revenues and their share is increasing—not decreasing—because of the rise of digital services like iTunes and Spotify” [paywalled].

Limits to the infinite online catalogue are apparent to me whenever I wish to listen to certain albums by bands from in and around Toronto during the late-90s and early 2000s. This is a time during which music organized much of my social life: I played in bands and spent time at shows. I have a decent CD collection from this particular time and place, but it’s one absent from the major music streaming services. I can listen to these albums on a CD player, if I can find one, but with streaming music as our dominant mode of listening, it’s imperative to ask questions about catalogues and their variety. 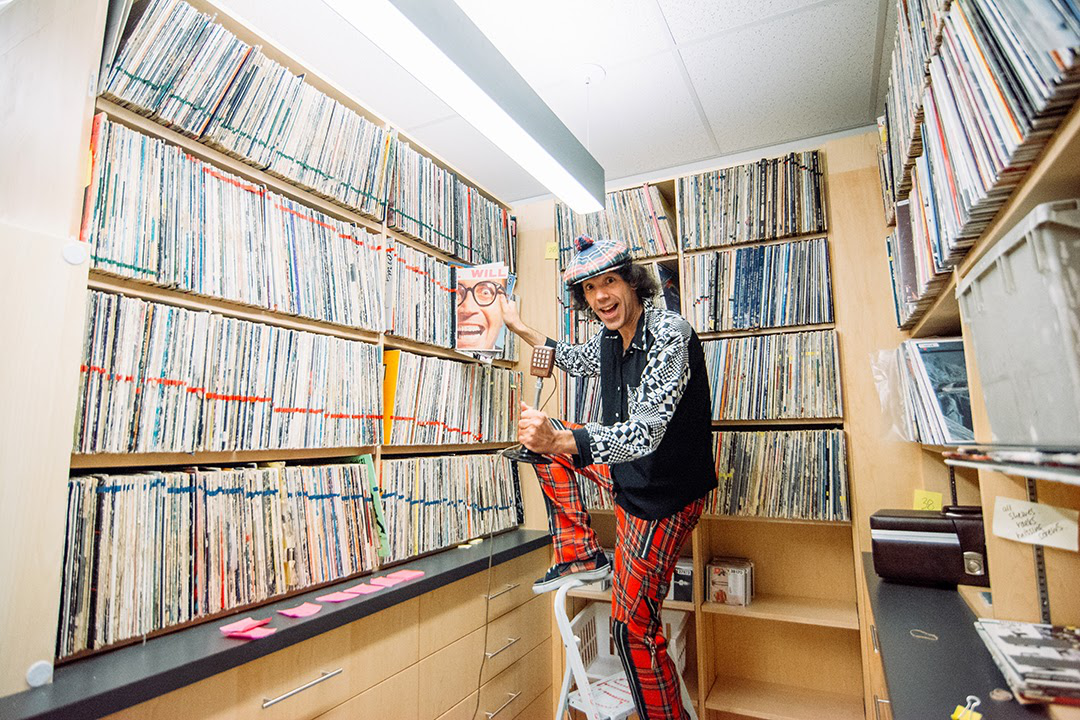 An alternative example I’d like to discuss is that of the campus radio music library. It’s a library that often includes material objects like vinyl records and CDs but also digital files. When I spoke with the Station Manager of CHMA in Sackville, New Brunswick (a town with a population of around 5,000) while doing research for my book on campus radio, he told me that the libraries were full with 13,000 vinyl albums and well over 25,000 CDs. They were undergoing a digitization project with CDs moving onto harddrives (a process he said expects to take “another 700 years”).

Campus stations fall under the community radio sector in Canada and are licensed to program music that complements commercial or public stations. The Canadian Radio and Television Commission (CRTC) first licensed campus radio in 1975, and the sector grew considerably in the decades that followed (although there are many rich station histories that predate licensing). Despite centralized regulation, campus stations are shaped by the localities they serve, and a station’s history is often reflective of its surrounding region. The campus radio music library encourages us to reflect on taken-for-granted assumptions about the abundance of choice within the streaming music catalogue.

Albums that receive a lot of airplay on Canadian campus stations are included on the !earshot charts. The charts skew heavily toward Canadian artists but this isn’t exclusive (Fiona Apple and Thundercat are currently charting). Weekly Top 50 albums are aggregated nationally across 50 reporting stations, and there are charts generated by individual stations. One can also view monthly charts that account for the top 200 albums nationally.

For the years between 2019 and 2014, our research team searched the top 100 albums on the monthly !earshot charts on Spotify to get a sense of what gaps might exist between campus radio programming and Spotify’s catalogue. Are the sector’s most frequently programmed albums available on one of the most commonly used music streaming services? Albums that are played by multiple stations rise to the top and are the ones likely to turn up on Spotify. That said, a notable number are missing (or are potentially too difficult to locate through the search function).

By looking at an individual station’s charts, we get a better sense of what albums resonate within a given city or town. CJSW’s charts (a station in Calgary, Alberta) include only the top 30 albums per month. In 2019, 33 albums from the year’s top 30 charts are not available on Spotify. On a local level, there is a greater disparity between the !earshot and Spotify catalogues.

The top two campus radio albums across the sector in December 2019 are available on Spotify but have low play counts. Common Holly’s When I say to you Black Lightning, the number one album that month, currently has play counts ranging from 10,000 to 84,000 per song. The number two album, Woolworm’s Awe (one of my favorites of 2019, for the record), has play counts ranging from around 5,000 to 10,000 per song. CJSW’s top album that month, the self-released Mes Amis by BLVD Noir, has less than 1,000 plays for each song. 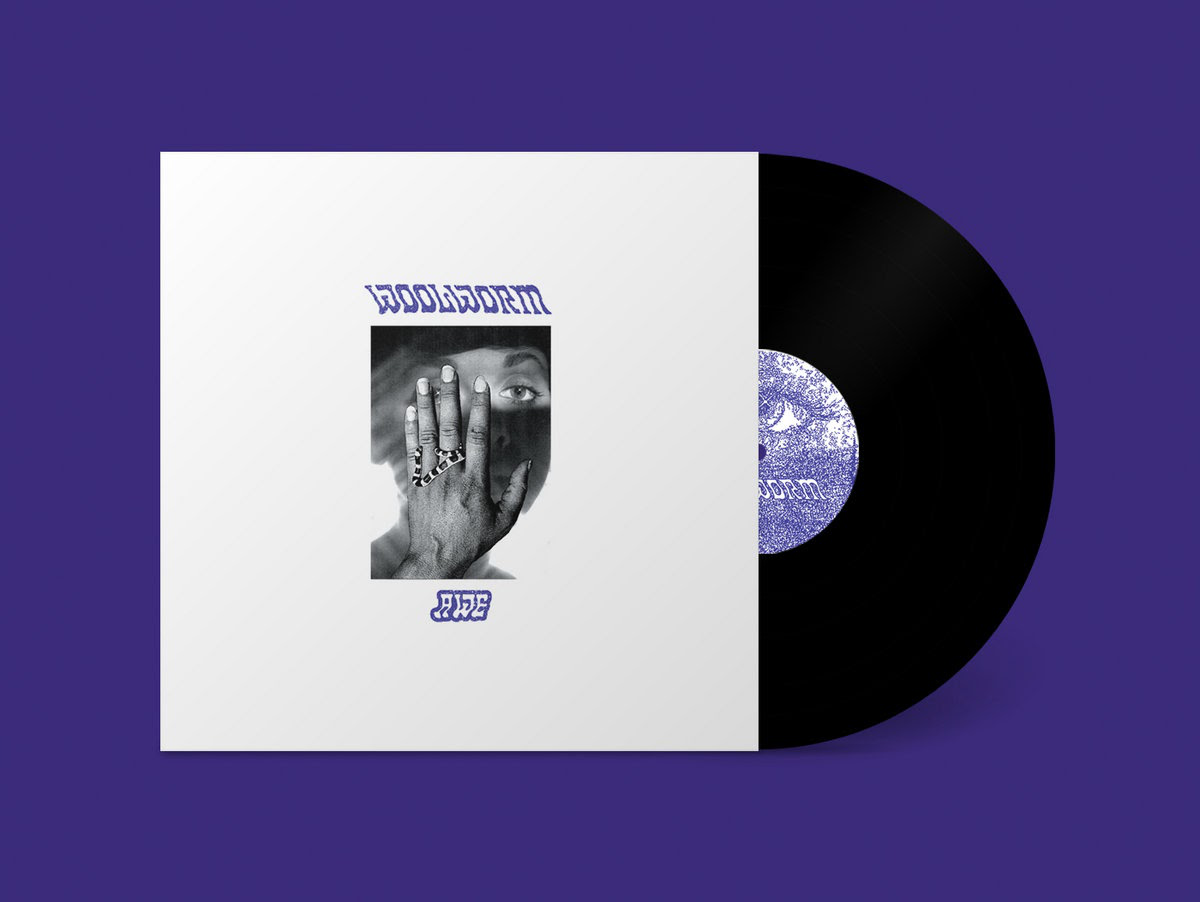 2019’s percentage is comparatively low because Spotify introduced a beta program that allowed artists to directly upload their own music in 2018 (as opposed to needing to go through a label or a third-party service). In summer 2019, Spotify decided to end the program. It would make sense that more self-released albums would turn up on the service in 2019 given that independent artists were able to upload albums on their own without paying for an aggregator.

Campus stations are evidently vital outlets for local and diverse music. The campus radio music library can be thought of as a “DIY popular music institution,” one with cultural, social, and affective functions (Baker and Huber 2013). Campus radio music libraries are rooted in place, they are decentralized, and they can be fairly comprehensive with respect to a diversity of artists. Still, collections are informal and incomplete, and no one station takes the same approach to music programming and storage.

Because campus stations maintain intimate connections with local music cultures in ways that are not driven by an exclusively profit-centric motive (licenses limit advertising revenue and funds often come from listeners and a fee levy), their sense of what matters in terms of collecting and showcasing is quite varied and diverse. These collections can tell us much about the musical histories of localities across the country.

In the campus music library, we might evade the gated-in listening that corporate streaming music algorithms facilitate, or what Kate Lacey (2013) calls “listening in.” People maintain these libraries, and voices bring forth songs to listeners. This is a different listening experience than letting the algorithm do its work. If a major virtue of streaming music service is that it can easily bring a vast selection of songs to a listener across space and time, we would be wise to critically interrogate the depth of its catalogue and listen carefully for the sounds and songs that do not easily reach our ears.