Doing Nothing: The Pleasure and Power of Idle Media
Alison Harvey / University of Leicester 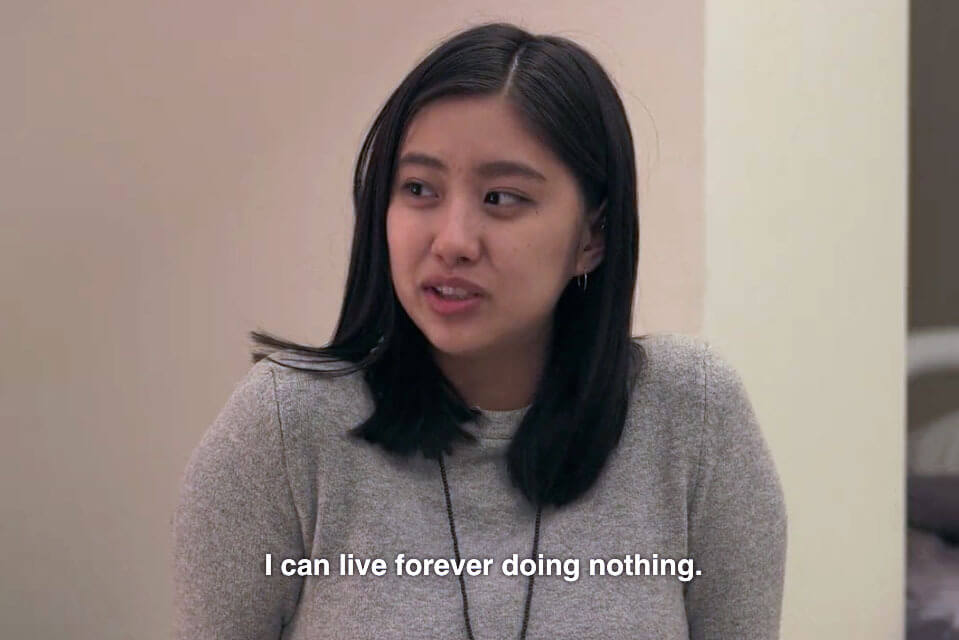 A man slouches on a stylish grey sofa, looking at his phone. A woman enters the spacious living room and asks him if he’s eaten. Awhile later they and a few others congregate in a modern white kitchen to eat curry and discuss whether they are working the next day. In the evening some of them sit on the same couch, drinking, napping, and talking a little about their days before shuffling off to bed. This riveting content is the norm for the Japanese reality television franchise Terrace House, co-produced by Netflix with four seasons in and another in the works, where three women and three men cohabitate while going about their everyday working and personal lives in a distinctly undramatic fashion.

Terrace House has been lauded as a fix and an antidote to contemporary reality TV. While it follows many of the conceits and conventions of the genre—casting is primarily focused on attractive young single people with aspirations for or jobs in creative industries such as fashion design, music, modelling, acting, and dance for instance—it breaks with some of the most routinized customs related to maximizing conflict and confrontation. Instead, the pleasures taken in watching the show—its tranquillity and slow burning emotional tension, its meditative and muted style, its mundanity and relatability and politeness and nothing too much of anything—give its designation as a sleeper hit a double meaning. 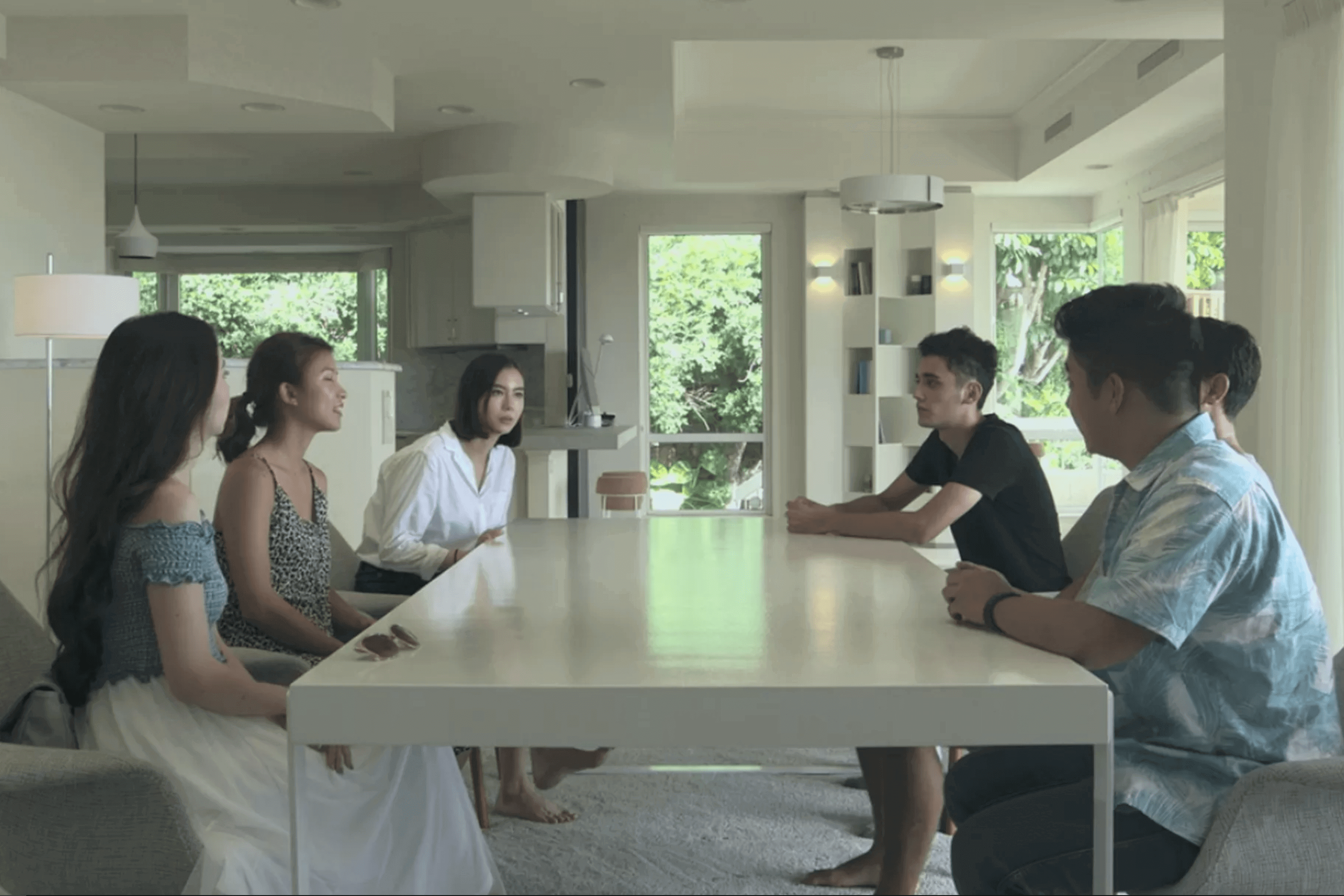 With these attributes in mind, Terrace House is reminiscent not so much of other reality programming such as The Hills and The Bachelor but of an entirely different divergence from media-specific conventions, the ‘idle’ video game genre. Also known as incremental or clicker games, this type of play experience differs dramatically from the frenetic action and speed of the first-person shooters and battle royale games that make up the mainstream fare of contemporary digital gaming. Instead, in titles such as Cookie Clicker and Clicker Heroes 2 the player is asked to occasionally interact with the virtual environment via the act of a click, but for the most part to leave the game running to play itself. In other words, players progress by allowing the game to idle. The minimal interactivity of these titles, particularly within the subgenre of ‘background games’ entailing zero input from the player, sit uneasily alongside the conventional understanding of what constitutes a game [1] . Popular reception of this genre describes such play experiences as “dumb”, “weird”, and “addictive” but also “intoxicating”, “alluring”, and “delightful”, a “progress treadmill without the accompanying nastiness” of prompts for microtransactions or push notifications bombarding your social networks. Idle games challenge the emphasis in not only games but many of the forms of participatory culture on user interactivity and agency [2], and the normalized valuation within the culture of digital play on meritocratic challenge and achievement, typically via combat. And yet these games have also been surprisingly popular, indicating that they fulfill a desire for slowed-down, less active play experiences.

How might we conceptualize this desire? The mediated pleasures of these unique media types are not passive per se—idle games do require player action, however minimal, while framing the viewing of Terrace House as passive evokes troubling and unwanted associations with media effects traditions. And though they engage their audiences in more languid experiences than their rapidly edited and highly reactive associates, they do not quite fit with the mindful and sustainable practices Jennifer Raugh explores under the umbrella of Slow Media. Idle games, including Ian Bogost’s massively successful parodic 2011 title Cow Clicker, originated as a critique of the exploitative practices of social networking games, but despite their decelerated pace they do not offer a straightforward challenge to the vicissitudes of fast capitalism.

This is because at their core neither Terrace House nor games in the idle genre offer a challenge to capitalist logics. Cast members come to their shared living situations in pursuit of a goal, which as frequently entails launching a brand as it does finding a romantic partner. They encourage each other with warm calls to “do your best” and earnest injunctions to “work hard”. Arman, a cast member in the second season, is the subject of confusion with his relaxed Hawaiian ‘go with the flow’ ethos, though he is ultimately praised for embracing his unique self. Idle games in turn operate on logics of ravenous accumulation and expansion, with infinite progress the result of a player’s minimal input and the ultimate objective of the genre, which some have interpreted as a way for players to optimize their time in multitasking. There is therefore on one hand valuation of a highly disciplined and goal-oriented work ethic and on the other a simulated embrace of the growth imperative.

But what is both pleasurable and ultimately powerful about these mediated experiences is how they extricate these aims completely from the ethos of competition. Terrace House contains no challenges or games and has no ultimate winner; it ends as it begins with warm conversations between housemates in a peaceable setting. Idle games have no ending at all. In the elimination of the competitive impetus as the core driver of action, these media create something unique—spaces of leisure for their audiences. Idle media ask you only to sit back, relax, and take it easy, an enjoyment that Fizek (2018) describes as a “delegated pleasure… lead[ing] to a momentary escape from the responsibility of active play” [3], which we can also extrapolate to spectating idleness. The joy of idle media harkens not to its synonymous associations with laziness or pointlessness but in the act of doing nothing, ticking along, resting on your oars, and twiddling your thumbs, calm experiences increasingly rare in the escalating intensities of contemporary life.

The leisurely approach to engagement that these playing and viewing experiences share is quite distinct from that elicited by the hyper-visible high-achieving practices normalized across the activities of neoliberal capitalism and digital culture. In contrast to the increasingly performative practices of self-care online—advanced yoga poses in luxury sportswear, beautifully made-up faces blissfully meditating—these media create spaces for audiences to loaf, let go, and escape the fetishization of working, playing, and self-actualizing hard. Their power lies with this atmosphere of ease. As Alharthi et. al (2018) [4] suggest, idle games provoke different approaches to what activities are valued in the design of play experiences as well as the ecological and human resources demanded by digital games. What might this entail when we look at the idling entailed in other media? Its popularity—and the pockets of quiet, slow, and sedate experiences designed into the most mainstream of games such as Red Dead Redemption 2 and Uncharted 2, however contentious—suggest the need to take seriously the possibilities of doing nothing or very little with media.