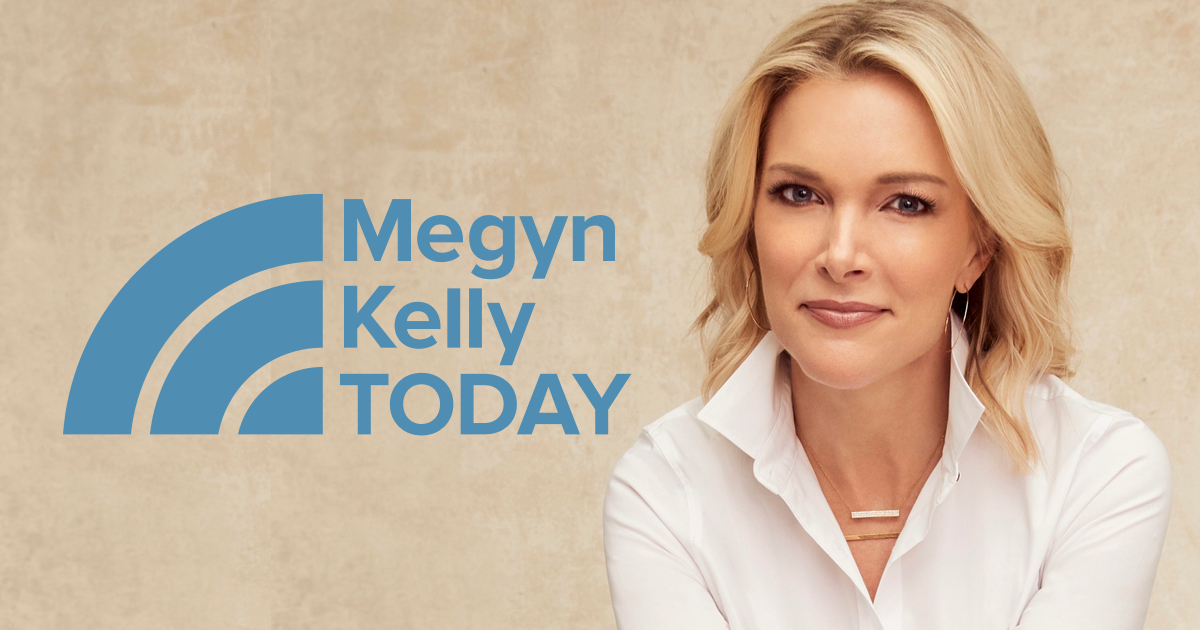 Television journalist Megyn Kelly is not a feminist. She has been emphatic about this point in several media interviews and dwells on it at length in her 2016 memoir Settle for More. In addition to characterizing feminism a “zero-sum game” that demands women’s rights at the expense of men, she calls the contemporary feminist movement “exclusionary and alienating.” Why dwell on “divisive issues” like abortion, she asks, when women could “do better simply to unite on female empowerment?” [1] This ethic of general female boosterism sans politics is key to Kelly’s worldview. It is also a critical component of Angela McRobbie’s theorization of post-feminism and its focus on “female achievement predicated not on feminism, but on ‘female individualism,’ on success which seems to be based on the invitation to young women by various governments that they might now consider themselves free to compete in education and in work as privileged subjects of the new meritocracy.” [2]

Megyn Kelly Today, a talk show nested within NBC’s long-running morning news program Today and which debuted chaotically in 2017, is suffused with this post-feminist world view. Given particular industrial factors, it also relies on the true crime genre as a hook for its desired audience of young female viewers. Kelly’s dogged coverage of the #MeToo movement—loosely defined by the scope of relevant segments as the wave of sexual assault and misconduct allegations that swept through Hollywood in 2017—represents a unique confluence of post-feminism and true crime with potentially damaging ends. [3]

A promotional image for Kelly’s memoir Settle for More

Throughout Settle for More, Kelly presents workplace sexism as a systemic problem best addressed by individualized, not systemic, solutions. If a manager does not take a female employee seriously because of the high timbre of her voice, Kelly suggests “voice training; there is no better way to be instantly dismissed—other than bad wardrobe or makeup choices—than to sound like a child when you talk.” [4] Reflecting on her time as a lawyer, Kelly recalls an instance when her male co-counsel used her attractive physique as an enticement for a older male judge to grant their case a preferential trial date. She “could have taken offense,” but instead “was content to be offered up to this judge like a shiny toy before a distracted baby to get what my client wanted.” [5] Perhaps most directly, Kelly describes her faith in a post-feminist meritocracy when explaining her credo:

My feeling on the subject of women’s equality is that it’s better to show than tell. I believe in the Steve Martin mantra, “Be so good they can’t ignore you.” …When it comes to living this just-be-better philosophy, Oprah is my role model. In her years coming up, she never made a “thing” of her gender or her race. She just wowed us all. That’s my goal: do the absolute best I can, and don’t waste time complaining. The less time talking about our gender, the better. [6]

Leaving aside her erroneously colorblind characterization of Oprah Winfrey’s career, Settle for More attempts to justify its emphasis on these “just-be-better” solutions to systemic misogyny with the revelation that Kelly did file a sexual harassment complaint against Fox News president Roger Ailes, later ousted and now deceased. While I do not wish to downplay the seriousness of her experience and the bravery of any woman who reports such harassment to her employer, it is important to note that Kelly frames even this clearly gendered experience in terms of self-management and individual responsibility. A woman who is harassed at work “needs to remember that no is an available answer. Roger [Ailes] tried to have me, and I didn’t let him. I got out of his office with my self-respect intact even if I felt demeaned.” [7] Further, in relation to her television program, I contend that Megyn Kelly Today strategically deploys this experience to question, police, and reframe other women’s stories of sexual abuse.

A quick industrial analysis illuminates the relationship between Megyn Kelly Today and the true crime genre, which in turn colors how the program covers stories of sexual misconduct. Entertainment trade publications scrutinized Kelly’s bumpy 2016 move from conservative Fox News, where she hosted their highest-rated news program The Kelly File, to NBC, a more mainstream broadcast network. At Fox, Kelly enjoyed a reputation as something of an independent voice on a partisan news network; she notably challenged then-candidate Donald Trump on his history of sexist tweets during a 2015 presidential debate, and Variety credits her rise at Fox to “questioning conservative stalwarts ranging from Dick Cheney to Senator Rand Paul.” However, her jump to ostensibly nonpartisan NBC highlighted Kelly’s history of racially biased reporting, including sensational coverage of the New Black Panther party and an infamous piece in which she insisted both Santa Claus and Jesus were white. Slate’s political reporter Jamelle Bouie, reflecting on her career as she moved to NBC, went so far as to call her a racial demagogue.

Given this new scrutiny on her past reporting and following a series of missteps in her early shows (most notably grilling Jane Fonda about her plastic surgery), Megyn Kelly Today found it difficult to secure celebrity guests. It is my assertion that without this morning show staple, alternative formats like the true crime story became the means to fill the hour with television that is compelling to viewers that “skew younger and female.” Representative true crime segments on Megyn Kelly Today include “Survivors of Columbine and Colorado theater shootings tell their stories,” “Meet the man who discovered his grandfather was a prolific serial killer,” and “‘Golden State Killer’ victim speaks out on Megyn Kelly TODAY: ‘I am grateful to be alive.’” Following Laura Browder’s dissection of true crime generic conventions, these segments are to be enjoyed “not for plot, but for detailed descriptions, and for their linear analyses of what went wrong.” [8] 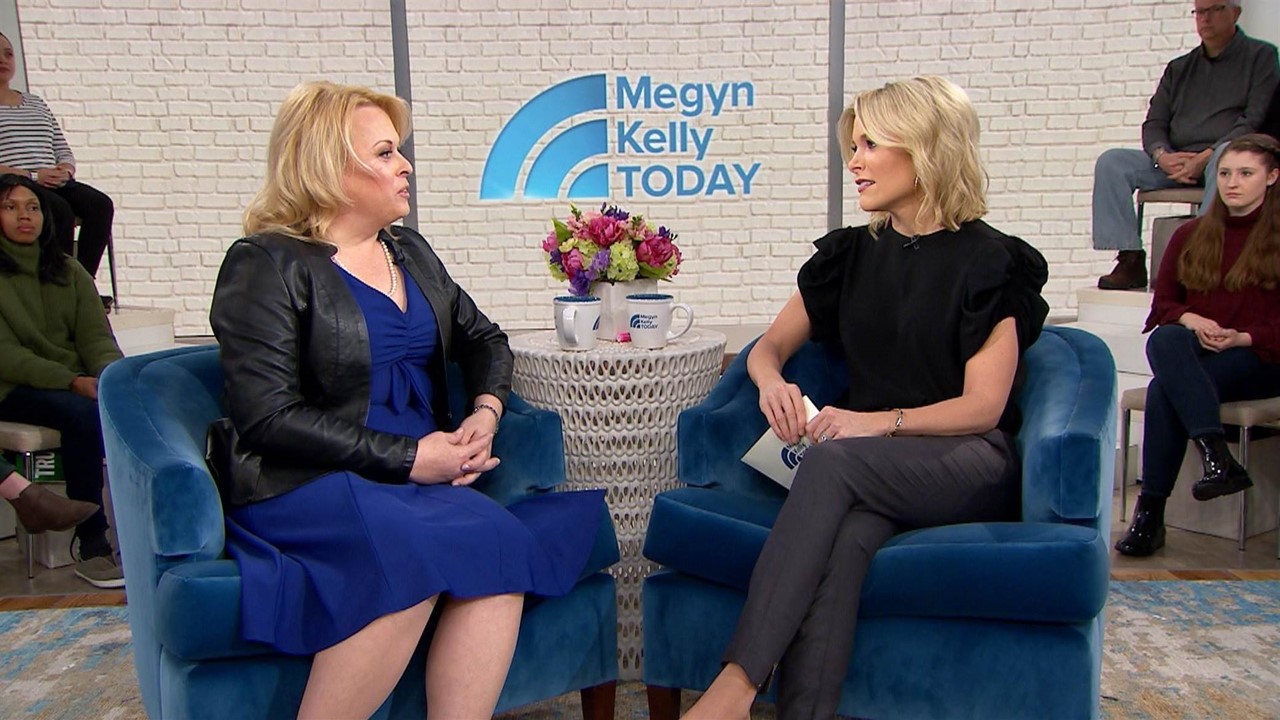 Kelly’s Today hour has become NBC’s de facto home for coverage of the #MeToo movement and, crucially, a typical Kelly interview with an accuser follows the true crime generic conventions Browder identifies. For example, the video of Kelly’s interview with Jeffrey Tambor accuser Van Barnes is titled “Tambor accuser details her allegations of sexual misconduct.” While a more holistic story might consider Barnes’ biography, her experience as a transgender woman working in Hollywood, or even her well-being after Tambor’s alleged misconduct, I contend that Kelly uses true crime framing to keep the nearly seven-minute segment zeroed in on the titular “details” of Barnes’s allegations.

The true crime conventions of Kelly’s #MeToo segments when combined with a post-feminist framing can have troubling discursive consequences. I want to briefly visit a portion of Kelly’s December 2017 sit-down with actor Alec Baldwin to demonstrate the insidious mingling of these two factors.

This interview was conducted shortly after Baldwin published a handful of controversial statements on Twitter about the #MeToo movement. His tweets were read as a defense of actor Dustin Hoffman, who had been accused of past sexual harassment, and in them he attempts to define Hoffman, who “deserves forgiveness,” against Harvey Weinstein and other predators for whom we should “conserve our judgement.”

Kelly directs the conversation in two notable ways. First, in accordance with true crime storytelling, Kelly brushes aside the discussion of Hoffman’s alleged harassment in favor of discussing the more salacious details of Weinstein’s alleged crimes. She dwells, for example, on actress Rose McGowan’s corroborated assertion that Weinstein had ex-Mossad agents follow her around to report on her actions and whereabouts. Second, Kelly asserts her post-feminist ethos when she attempts to transition the conversation from allegations to solutions. She asks Baldwin what needs to change in Hollywood, and he somewhat clumsily references the tendency for men to speak over women in meetings and wonders if some sort of “quota” system might be implemented to make sure everyone gets to speak. Kelly interjects with the following advice:

“Men do do that, but—it’s a very effective tool, and I encourage all women to use it [raises her palm to Baldwin’s face]. I’m not finished. It works like a charm. My husband taught it to me. It comes easily to men, but now I’ve got it. [Raises her palm again.] I’m not done. And then just keep going. Okay, there you go, solved.”

I contend that Kelly’s tip for women is more than just a segue from one section of the segment to another. It is a post-feminist intervention akin to her repeated advice in Settle for More that demands women take individual responsibility for solving systemic misogyny. It is also colored by her own well-publicized experience with Ailes at Fox News, giving her guidance the authority of personal wisdom, not political spin—threads which can be easily teased apart in a post-feminist age. To declare that the problem, defined throughout the previous segment as violently predatory behavior, is “solved” by equipping women with a confident hand gesture places the onus on women to prevent their own assault and leaves open the possibility for blame when they cannot. The combination of true crime storytelling and post-feminist framing on Megyn Kelly Today thus skirts real solutions in favor of a discourse that threatens to reproduce the sort of predatory criminal behavior the genre, and programs that rely upon it, requires as fodder.