July 30, 2018 Nathan Rossi / University of Texas at Austin One comment 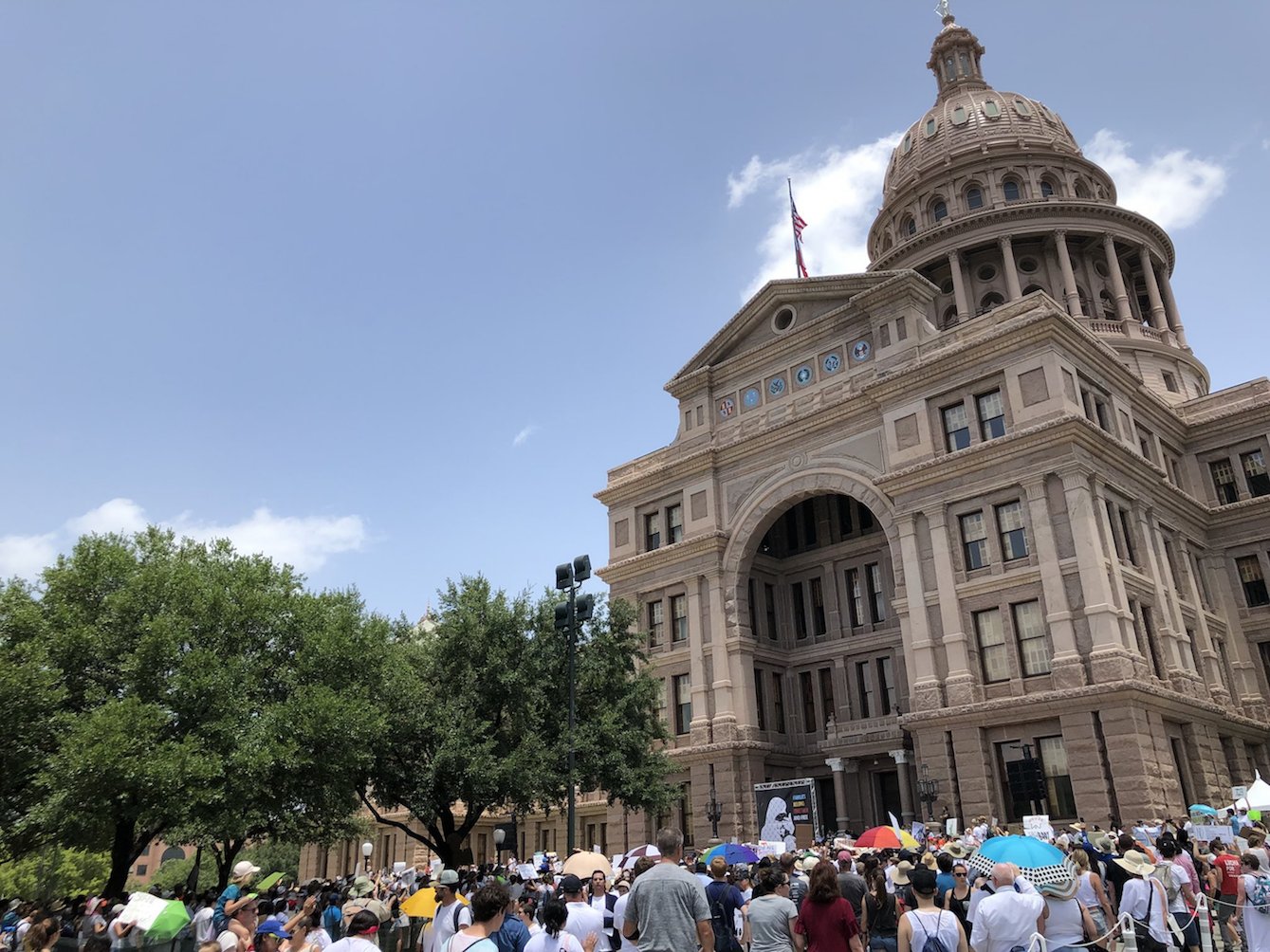 In a June 2018 press conference, Secretary of Homeland Security Kirstjen Nielsen accused the media of ignoring narratives of crime, drugs, and human traffickers when it comes to their reporting of Latinx migrants crossing the U.S.-Mexico border. Her comments were in response to public outrage against the current administration’s horrific act of separating children from their parents at the border. Nielsen’s contention is particularly frustrating to hear considering that journalistic discourses have historically treated Latinx migrants as a threat to the prosperity of U.S. citizens. [1] In entertainment narratives, Latinos have likewise been marginalized and discriminated against since the dawn of Hollywood. [2] Indeed, both news and entertainment media have more in common with the president’s latest xenophobic and racist round of tweets that have pushed forth Latino threat narratives than they do with calls for progressive immigration reform or better treatment of Latinxs in general.

In this article, I consider Hector Amaya’s work on citizenship excess to explore current Latinx representation in entertainment television. According to Amaya, citizenship excess is an understanding of citizenship as an uneven distribution and accumulation of political capital along ethno-racial lines. [3] In other words, citizenship excess explains the longstanding exclusion of Latinx voices from a majoritarian public sphere and how the media can empower a nativist hegemony that paints Latinx populations (and immigrants in particular) as a threat to prosperity of white U.S. citizens. In media specifically, citizenship excess is a “pushing down” and “pushing away” of Latinx participation in media discourses and industries. [4] Latinxs are pushed down by the use of stereotypical narratives or exclusion from representation in English-language culture and pushed away “through processes of ethnic and linguistic balkanization that separate Spanish-language media” into a Latinx public sphere that is marginalized from the dominant. I note that the current popularity of Latin American drug war narratives in television is contributing to an increased pushing down of Latinx populations. We are beginning to see, however, increased visibility for Latinx creative voices in the television industry that are complicating or combatting these narratives. 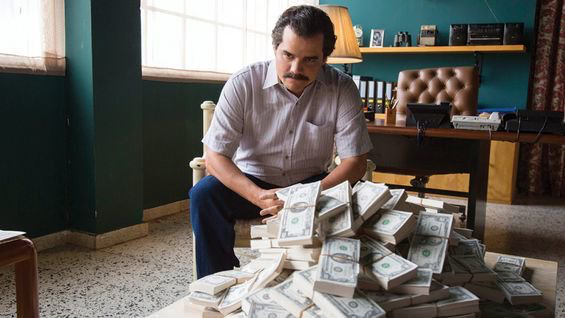 In the past 10 years, Latin American drug cartel storylines have helped drive the plots of border-state set dramas, such as AMC’s Breaking Bad (2008-2013), FX’s The Bridge (2013-2014), USA’s Queen of the South (2016-) and AMC’s upcoming Mayans MC (2018-). However, Latinx cartel characters have not been limited to border state settings. Veteran Puerto Rican actor Esai Morales, who once scored leading roles in popular Chicano films in the 1980s including La Bamba (1987), has most recently only found work as a Mexican Cartel leader trafficking drugs and money in season one of Netflix’s Missouri set Ozark (2017-) and as a more mysterious Latino villain in ABC’s Philadelphia set How to get away with Murder (2014-). Netflix’s Narcos (2015-), while mostly set in Colombia, begins with a depiction of a once sunny Miami dragged into the darkness after the infiltration of cocaine from South America in the 1970s. Latino drug-runner stereotypes, however, are not limited to television dramas. They can also be found in dark comedies like Showtime’s Weeds (2005-2012) and HBO’s Barry (2018-). Together these shows promote imagery of a Latino threat that is boundless and omnipresent throughout the U.S. This abundance of programming contributes to a one-size fits all representation of Latinos as tied to criminal or illegal activity. While these shows are not specifically immigrant narratives, they are often the most visible acting roles available to Latinxs and lend legitimization to discourses of the dangers of insecure borders.

Two counter examples to these images of violent criminal activity would be recent citizenship arcs on The CW’s Jane the Virgin (2014-) and Netflix’s One Day at Time (2017-). While these shows do the work of humanizing Latinx immigrants, it is significant to note that in both programs, only elderly Latinx characters gain U.S. citizenship. Put another way, it seems the image of young Latinxs gaining citizenship might be too threatening to be accepted by mainstream television viewers. Although, One Day at a Time critiques this view by juxtaposing Lydia (Rita Moreno) becoming a citizen with that of white male character Schneider (Todd Grinell), a Canadian, receiving his citizenship decked out in U.S. Flag clothing. 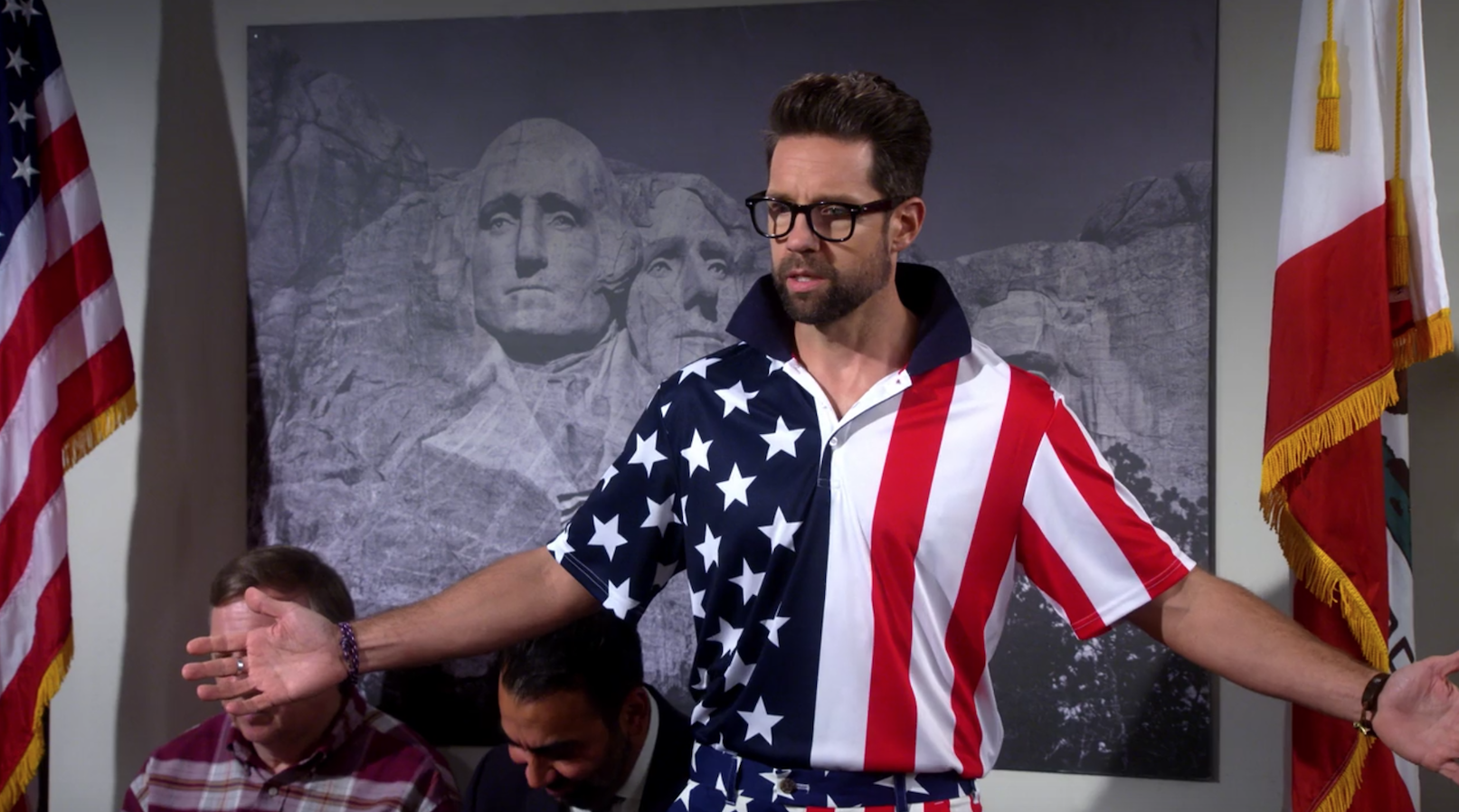 Lydia is given her citizenship exam by a soft spoken and calm man who is charmed by her flirting and Cuban accent. Despite passing her test with ease, Lydia is forced to wait outside after the agent discovers an unspoken issue with her application. Schneider, on the other hand, is given his test by a terse woman who is uncharmed by his own flirting. Despite insulting the woman’s daughter and home state, as well as admitting to a prior case of public nudity that he later shares with her on YouTube, he is granted citizenship without much visible hesitation. While Lydia waits in the reception room, her granddaughter Elena (Isabella Gomez), remarks, “This is because you’re Latinx. The white guy goes in there and cruises to citizenship despite having nothing to offer this country.” Indeed the show depicts the lack of scrutiny given to Schneider’s application, while a tiny error in Lydia’s papers is enough for the agent to move from flirtatious and friendly to serious in tone. The scene also highlights the stakes of a citizenship test for Latinxs, who may fear deportation and are more likely to be racially profiled by immigration enforcers than a white male.

In closing, I question whether the current state of Latinx representation is enough to counter the nativist hegemony that Amaya argues has made it nearly impossible for a pro-immigration movement to enter the majoritarian public sphere.[5] On the one hand, the proliferation of drug war narratives is undeniable. However, it is heartening to know that the latest productions, such as Queen of the South and Mayans MC have Latinx showrunners or executive producers who may be more capable of telling nuanced stories that complicate past simplified narratives. Further, outside of drug dramas, there are more shows that offer representation of various Latinx experiences, such as One Day at a Time, Starz’ Vida (2018-), and Netflix’s On my Block (2018-). Combined these developments suggest an industry where Latinx voices are combatting the pushing down that citizenship excess enables. 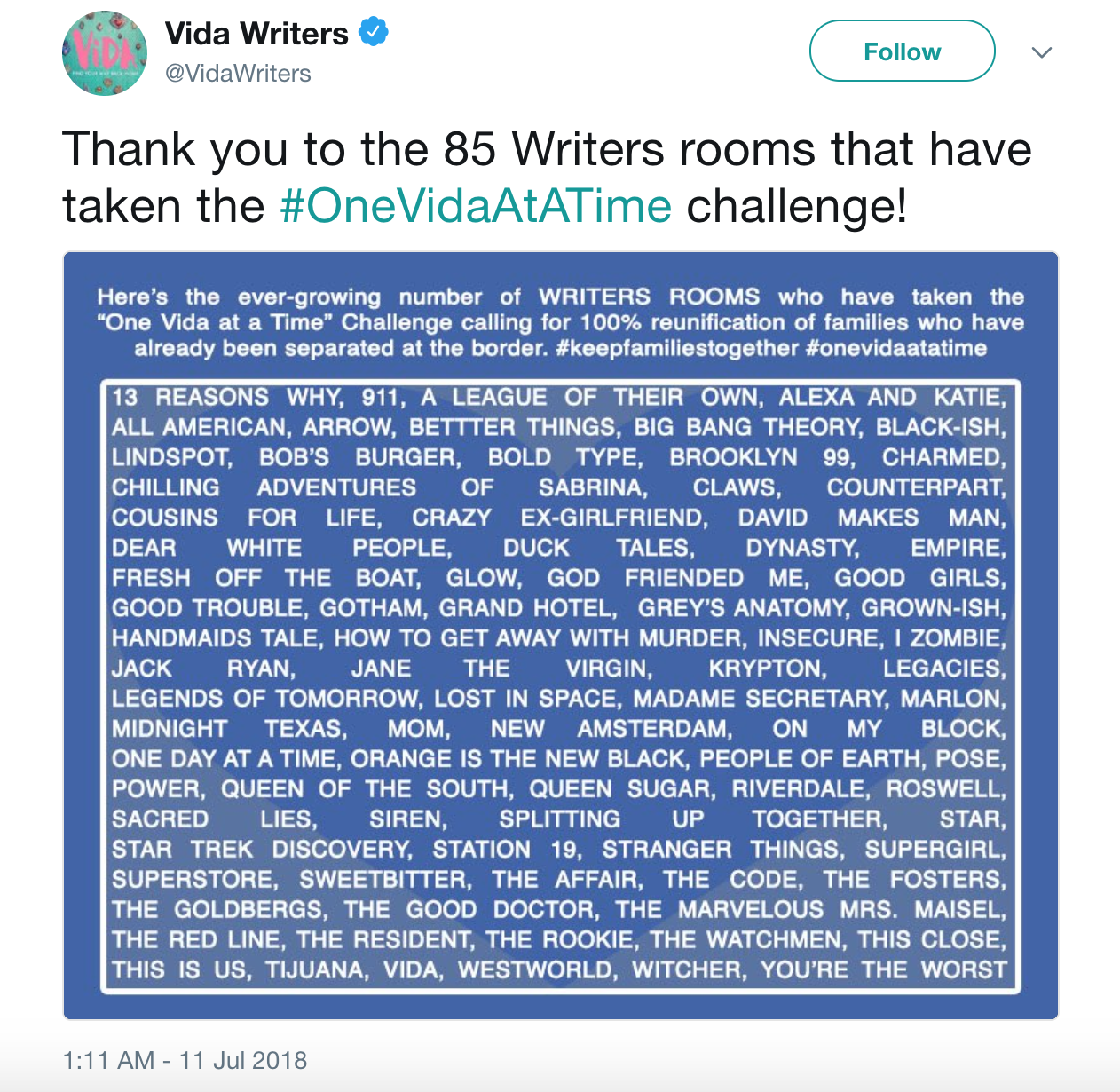 The Participants in the #OneVidaAtATime challenge
Further, as Felix Sanchez, co-founder of the National Hispanic Foundation for the Arts has noted, these Latinx centric shows can help launch future producers and stars. [6] This has rung true for Gina Rodriguez and Pedro Pascal, who have used their television stardom as launching pads for film roles and producing their own content. Lastly, the recent #OneVidaAtATime challenge to raise money and awareness for pro-immigration organization Raices offers one example of Latinx voices being able to push Latinx issues into dominant industrial discourses. While the challenge began as a way for the writer’s rooms of One Day at a Time and Vida to challenge other Latinx creators to donate to the cause, it soon spread to dozens of other shows, including those with little connection to Latinx storytelling.

Given the nature of rapidly changing news cycles, it is important that we not let coverage of the current Latinx immigration crisis fade. I also believe, however, that in entertainment media, recent developments point to the potential of not just narrative television, but also music and other forms of popular culture to bring more inclusive and pro-immigration discourses into a majoritarian public sphere in order to combat the nativist hegemony that is currently driving immigration policy.