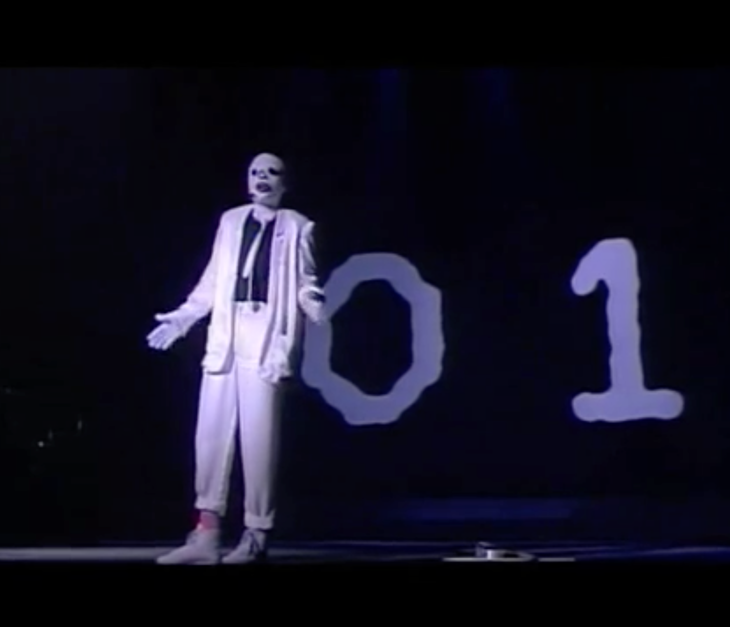 “Now, I’m no mathematician, but I’d like to talk about just a couple of numbers that have really been bothering me lately… zero and one. Now, first, let’s talk about zero. Nobody wants to be a zero. To be a zero means to be a nothing, a nobody, a has been, a clod. On the other hand, almost everybody wants to be number one. To be number one means to be a winner, top of the heap, the acme. And there seems to be a strange kind of national obsession with this particular number. Now, in my opinion the problem with these two numbers is that they are just too close. It leaves very little room in there for everybody else. There’s just not enough range. So, first, we need to get rid of the value judgements attached to these two numbers and realize that to be a zero is no better, no worse, than to be number one. Because what we are actually looking at here, are the building blocks of the modern computer age. Anything that can be expressed in words or numbers in any language, can be communicated using this simple, fool-proof system. It’s all here in a nut shell the entire alpha-numerical system, A-Z, 0 to infinity of digital intelligence.”
– Laurie Anderson, “Zeroes and Ones” Home of the Brave (dir. Laurie Anderson, USA, 1986, 90m)

I first started thinking about zeros when I saw the Laurie Anderson concert film Home of the Brave, when I was an undergraduate. I had never seen any film or theater performance like it—one in which there was no plot or narrative, just a performance of anecdotes and stories and ideas and it totally blew me away. And I especially loved how Anderson was talking about gender binaries and archetypes while seeming to just be talking about numbers. Because back in the late ‘80s, and really well into the ‘90s, I was thinking a lot about gender and spectrums… and, you know, rainbows. At that time, I was trying to be a playwright, but in all my classes on scriptwriting, I was taught that plays had to be about narrative and plot and dramatic structure. As a feminist, it seemed to me like plot itself was a structure of oppression. Linear trajectories seemed like an inescapable kind of masculine determinism, usually defined in sexual, or violent, phallic terms and I hated having to think in terms of action and conflict. The male archetypes of conquest, climax and fall were everywhere embedded in the essentialisms of comedy and tragedy. And, as I think about it now, it seems that, implicit in this structure of conflict was an assumption that you can’t go back. You can only learn from the embedded authoritative structures of might = right: inherently masculinist and conservative.

In The Poetics of Cinema, Raúl Ruiz critiques the Hollywood adherence to what he terms the “central conflict theory,” model of plot where “someone wants something and someone else doesn’t want them to have it”1 For Ruiz, the attachment to this model is not just an aesthetic question but a directly political one: a logic which he felt had come to dominate not only cinema but contemporary politics itself. Ruiz suggests that this central conflict framework forces us to disregard events which require only indifference or detached curiosity, such as a landscape or dinner with friends. But, I want to push this idea further and suggest that perhaps this embedded structure, with its usual expectation of individualist fulfillment might also be problematic because of its linearity.

To my mind, linearity and linear forms of thinking are attempts to assert control and to determine a meaning for which the end justifies that meaning. I’m thinking about the ways in which the assumption that a character or subject must change implies that this character does not return to the same place, either physically or metaphorically or both, but rather is forever and irrevocably changed. In this assumption, the meaning of the story comes through revelations arrived at in the place where one ends up. Classical comedy ends in a happy resolution, the baudy marriage. Classical tragedy ends in death and destruction. Morality is determined by action and through trajectory with the individual as an embodiment of this linearity.

In contrast to linear story structure, circular plots contain a central character or group which usually leaves, receives new inputs, experiences change in someway, but then returns back in order to share these new things or ideas with the people and places one began. Return in this kind of structure is an opportunity to consider context, community and interaction. Change occurs with new inputs, but those new inputs feed back to the originating context. Thinking about how circular structures function, lead me to start researching loops. 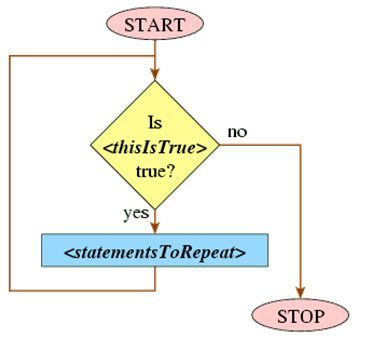 The loop is one of the most basic structures of computer programming. A “for” Loop is used to repeat a specific block of code for a known number of times. For example, if we want to check the grade of every student in the class, we loop from 1 to however number of students we have in the roster. When the number of times is not known beforehand, this is called a “while” loop. Whereas an “infinite loop” is one that lacks what is generally called an “exit condition.”

In ecology, the term “feedback loop” describes a type of systemic inter-relationships, which which can be thought of as either “vicious” and detrimental to the ongoing health of the system or as a balanced and self-regulating loop. Confusingly, the “vicious” type of reinforcing loop is called a “positive loop,” and is one which models exponential and “infinite” growth; you know, like what Wall Street wishes would be true for the economy. Whereas what is referred to as a “negative” loop is one which demonstrates balance and self-regulation, or what is generally considered to be ecologically sustainable.

One thing to note is that the “negative” loop is all about interactivity. Do something, check its effect on the greater context, adjust and change. This structure is, in an archetypal way, reflexive and contextual. And, one might also note the ways in which the archetype of natural, ecological, biological rhythms, is often considered to constitute the “feminine.” 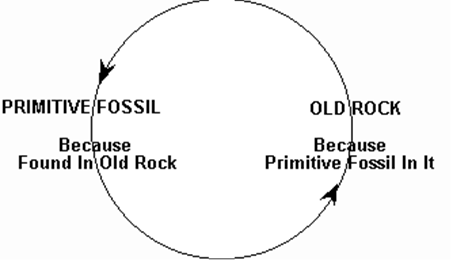 Example of circular reasoning from “Systems of False Doctrine”

But regardless of whether we think of circularity and roundness as an inherently female structure, it’s interesting to consider the ethics of the circle or the loop. The structure of return, reconsideration and reuse can be thought of a type of ethical social engagement with the world which incorporates the cycles of life, death and renewal. The cyclical ethics of return, renewal and feedback can also be thought of as expressing forms of non-hierarchical interactivity. Yet, from a rhetorical standpoint, “circular reasoning,” has often been something to be feared, derided, ridiculed and mistrusted: a “loopy” logic which self-reinforces its own folly. Yet, despite the recognition that not all circles or loops are the same, somehow, culturally, the circle often seems to engender a certain deep rhetorical fear in the potential of being misled. Along with the denigration of the zero, to which Laurie Anderson refers in Home of the Brave, circles have often been used to represent sinister cabals and conspiracy theories, secret worlds, the dark arts. spin their own webs of influence. 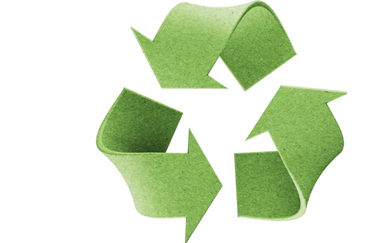 Plastics can be recycled

However, I want to contend that circularity and looping structures, can also be structurally hopeful. As an archetypal structure, “negative” and self-regulating loops invite possibilities to bring new inputs and new information into a previous context and change that context, rather than make a new one. In these cases, the circular structure provides an alternative to a linear logic and provides for experiences of change and growth to be inclusive and fundamentally non-combative and non-competitive.

In conclusion, I want to suggest that the contemporary trend in cinema toward new forms of “immersive viewing,” typified by puzzle films and experiences which blur the lines between spectacle and spectator, fact and fiction, and representation and information indicates a shift in relationship toward a new value of circles and loops evident in popular films like Momento (dir. Christopher Nolan, USA, 2001, 113m) and documentaries like Stories We Tell (dir. Sarah Polley, Canada, 2012, 109m) and The Act of Killing (dir. Joshua Oppenheimer, 2012, 122m). In accepting the new normal of our climate changed environment, we are seeing, not only returns to various 1970’s aesthetic tropes, and gentrified nostalgia for eco-hippie fashion, but also an embrace of reuse, and with it, a new kind of meaning and value for the zero itself. Nowhere is this new value for zero more evident than in the San Francisco Department of the Environment’s goal for “zero waste” by 2020 goal, publicized in a https://vimeo.com/64167918″>PSA produced by Recology. It’s a short film which nods to structuralist filmmaking and specifically, I think, to Zorn’s Lemma (dir. Hollis Frampton, USA, 1970, 60m); invoking a progressive aesthetic from the past to make a provocative statement about the way that, today, zero has acquired an environmentalist value, while urging us to join in that call and embrace the zero as the highest value to aspire toward. 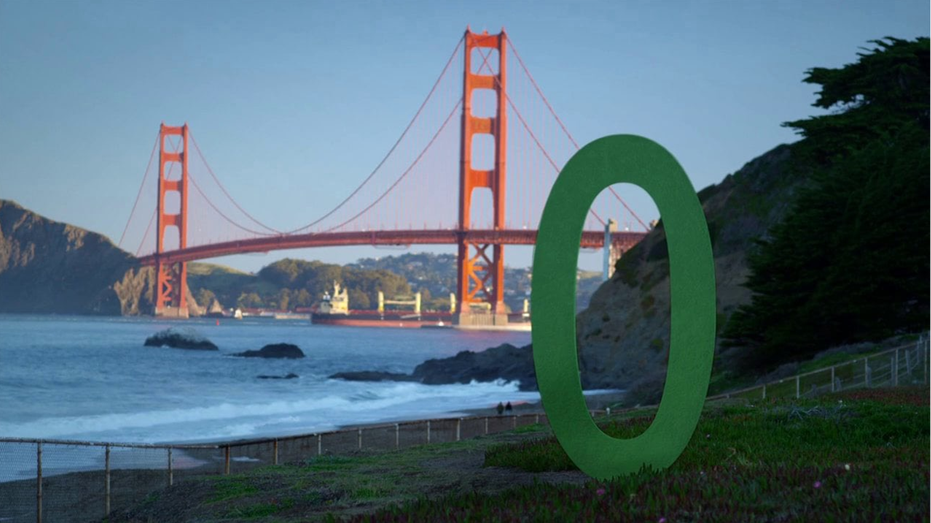