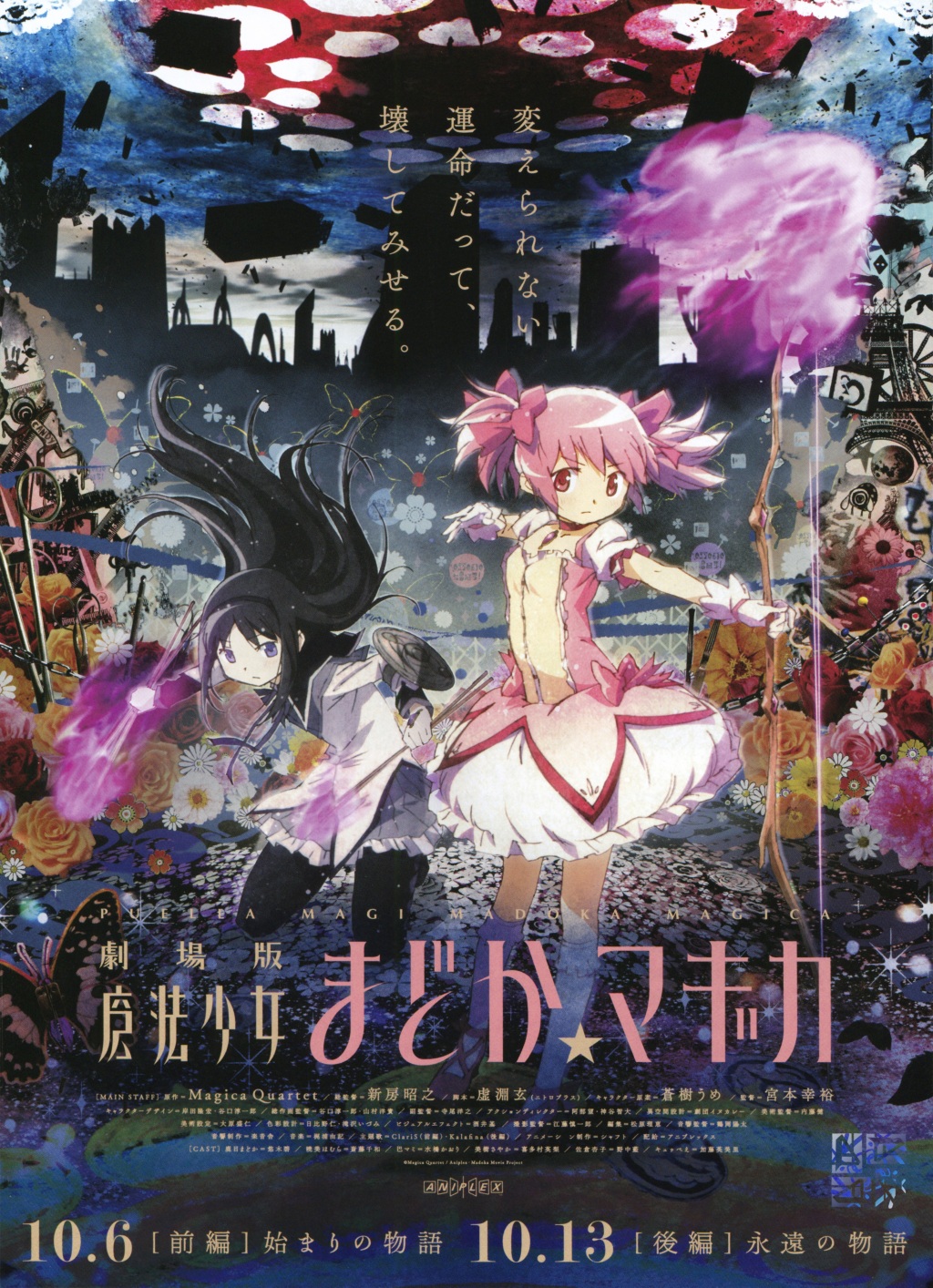 At the beginning of my very first column, I introduced Neon Genesis Evangelion and Ayanami Rei. It is revealed at one point in the story that Rei is a cyborg that has “died” before, and the Rei that appears during most of the series is actually a clone of the original. She muses: “I am myself. This object is me, the figure which forms me. This is the me that is visible, though it feels as if this is not me. A strange feeling. My body seems as if it is melting. I cannot see myself. I am aware of someone else.” [1]

What Rei seems to be contemplating here is the very formation of the “I” – or “Rei” as she knows it. She refers to herself as “object” and remarks upon the presence of “someone else,” suggesting that she is aware of being an object to another person’s gaze. This moment of self-reflexivity is significant. In the conventional mahou shōjo story, the heroine happily accepts the magic granted to her. Rarely does she interrogate her identity as mahou shōjo.

The 2011 animated series, Puella Magi Madoka Magica (hereafter PMMM) presents a challenge to this paradigm. The series is notable precisely because it does not take the motif of becoming a Magical Girl for granted. It centres around the story of Kaname Madoka, a shy and naïve high school girl who spends the majority of the series exploring what it means to become a Magical Girl and deciding whether to be one. It is important to note that unlike stories in which the mahou shōjo willingly steps into her role, in PMMM the characters need to make a contract with an alien named Kyubey to exchange their souls for a wish, and oftentimes they are forced into becoming Magical Girls due to tragic circumstances. Becoming a mahou shōjo, then, is a burden and necessity rather than a source of empowerment.

Magical Girls have to defend society from evil, which takes the form of Witches in the universe of PMMM. Pitting the cute, innocent shōjo against the mature, witch-like woman is a trope that is recycled tirelessly not only by various forms of shōjo media but also by Western entertainment, such as the Disney princesses and their evil queen/fairy/stepmother counterparts. PMMM takes down this binary relation visually, linguistically, and thematically. Instead of the devious temptress with dark lipstick and purple eye shadow, Witches in PMMM do not even possess human form. They appear in abstract forms of collage, consisting of words, symbols and drawings, relying on cut-out animation styles to create surrealist imagery. [2]

This aesthetic strategy starts to make sense when we learn the truth behind Witches. As Kyubey eloquently explains, after Madoka witnesses her friend Sayaka become a Witch, “in this country [Japan] you call women who have yet to become adults, shōjo. It makes sense then that since you’ll eventually become majo [literally, “magical women,” or Witches], you should be called mahou shōjo.” [3 ] In other words, the relationship between Magical Girls and Witches is betrayed by the linguistic construction of the two terms: shōjo inevitably become majo, and so Magical Girls, Witches. 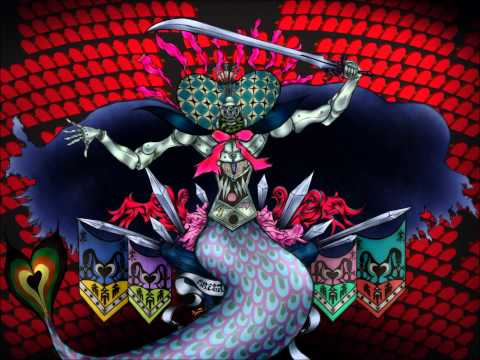 After Sayaka’s death, Madoka confronts Kyubey. In a chilling monologue, Kyubey explains that the alien race needs Magical Girls to destroy themselves by becoming Witches, stating that “the most effective source of energy” comes from this process. To this claim, Madoka helplessly responds, “are we disposable to you? Are we supposed to just die for you? That’s too cruel.” [4 ] What Kyubey has confessed to, which is essentially the exploitation of women’s bodies for the benefit of an elite group, may sound painfully familiar. In many ways, Kyubey is also the embodiment of the patriarchal system, taking control of the shōjo’s agency (her soul) upon granting her “power” and constantly trying to manipulate Madoka into becoming (mahou) shōjo, and therefore, an object of the male gaze.

How do Magical Girls react to this injustice? In Sayaka’s case, her Witch form is a monstrous mermaid (in reference to “The Little Mermaid”), symbolizing her sadness about her crush’s obliviousness to her sacrifice. But Sayaka’s “transformation” is also triggered by the rage she feels upon realizing that she has been manipulated into becoming a Magical Girl, and that the same system that grants her magic also seeks her destruction. Presented in abstract visual forms to highlight this emotional state, the metaphor of “Witches are Magical Girls in despair” could be interpreted as a response of the shōjo to her subject position, in which she finally acknowledges the powerlessness of her identity and seeks to destabilize her own representation, disrupting her form and undoing her own shōjo-ness.

In the end, Madoka never becomes a Magical Girl. When she finally makes a deal with Kyubey, she changes the rules of the universe so that all past and future Magical Girls and Witches are erased, giving up her own physical form in the process. Her magical power, instead of being employed against her own kind, is used to completely overthrow the existing order and violate the principles of the universe. Madoka, who constantly cries and mourns, never develops into a courageous heroine, and has all the qualities to be an object of the male desire, in the end chooses to directly challenge Kyubey, the embodiment of the male gaze. PMMM enacts the constitution of the shōjo subject, challenges binary representations of Magical Girls and Witches, and reveals “magical power” as a symbol of subjugation and consumption.

Being shōjo presents various possibilities of power for both men and women. But as long as the shōjo exists within the patriarchal order, male subjectivity will define and disembody her, instructing her to seek empowerment in being powerless and accept her own subordination. When the shōjo commits to an act of unbecoming, it is an indication that she has seen herself reflectively as an object of consumption and has chosen to counter that with undoing the bounds of identity which discipline her. Rather than relying on passive resistance, it is surely more promising to insist upon a new kind of magic, knowing that the meaning of one always depends upon the meaning of other, that unravels the self to bring about a transformation no short of revolutionary.