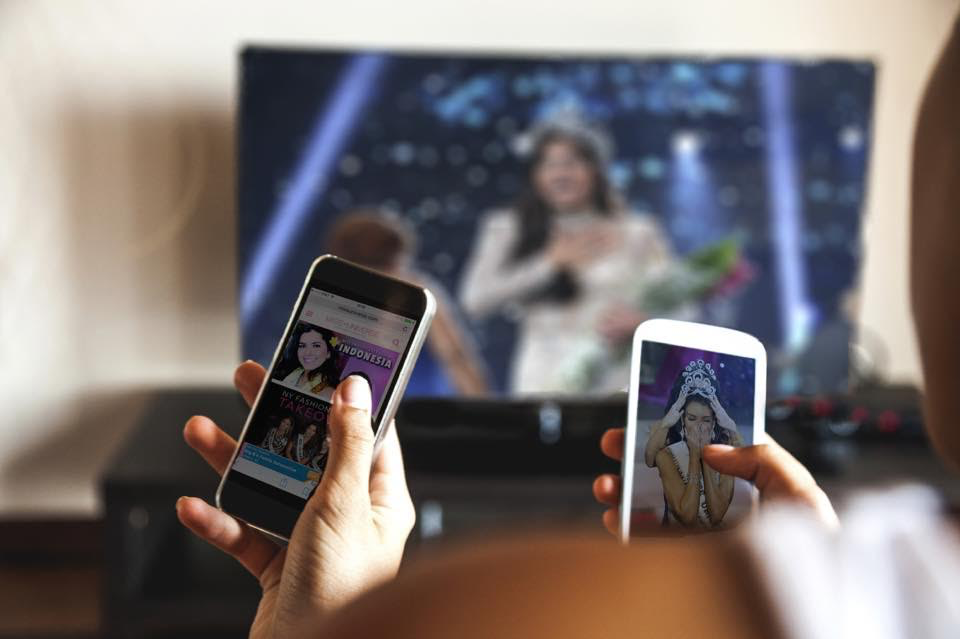 Beauty pageants have been commonly described as an old-fashioned cliché and are parodied, in films like Miss Congeniality (2000), and ridiculed as a favorite subject on YouTube. Who can forget the viral moment of Miss South Carolina Teen USA 2007 struggling to answer the final question with the iconic phrase “like such as”? [1] However, these types of competitions are immensely popular in Latin America. [2] With a population struggling to reach—or maintain—middle class status, pageants became a possibility for social mobility. The success stories of countries with the highest number of international beauty queens, such as Venezuela and Puerto Rico, have propelled pageants to a prominent level within their national media landscape. [3] This passion is not only on a national level, but also a transnational phenomenon. The flow of immigration between Latin America and the US has made beauty pageants an intrinsic component of the symbolic capital of the US Latino mediascape.

During the 90s, Univision network produced their own beauty pageant, known as Nuestra Belleza Internacional (Our International Beauty), [4] that gathered girls from all over the Americas and Spain to compete for a regional crown. But after four years, Univision canceled the production, which limited pageant fans to only re-transmissions of national pageants like Miss Venezuela. [5] However, things changed in 2002 when NBC outbid CBS on the rights to transmit the Miss Universe (MU) pageant, and Telemundo was purchased by NBC. This transaction gave Telemundo the rights of airing the Spanish-telecast of MU and by default, a lot of production opportunities for the Spanish network. For example, the day of the pageant, Telemundo dedicates most of its original programing to news and gossip related to MU, including a one-hour pre-show devoted to one-on-one interviews with delegates from the Latin American region. [6] These events positioned Telemundo as a once-a-year pageant force. [7]

After the NBC-Telemundo merger, MU experienced a Latinization that transcended the Latino boom of the 90s. The pageant has been hosted by Latino celebrities [8] and included Latino stars, not only among their menu of celebrity judges but also as musical guests. During the last 15 years, the pageant was celebrated in five Latin American countries [9] and two Latino cultural hubs in the US: Los Angeles and Miami. Strikingly, during the last two decades, 10 out of 20 MU winners have been from Latin America. These trends have turned MU into a celebration of Latinidad. 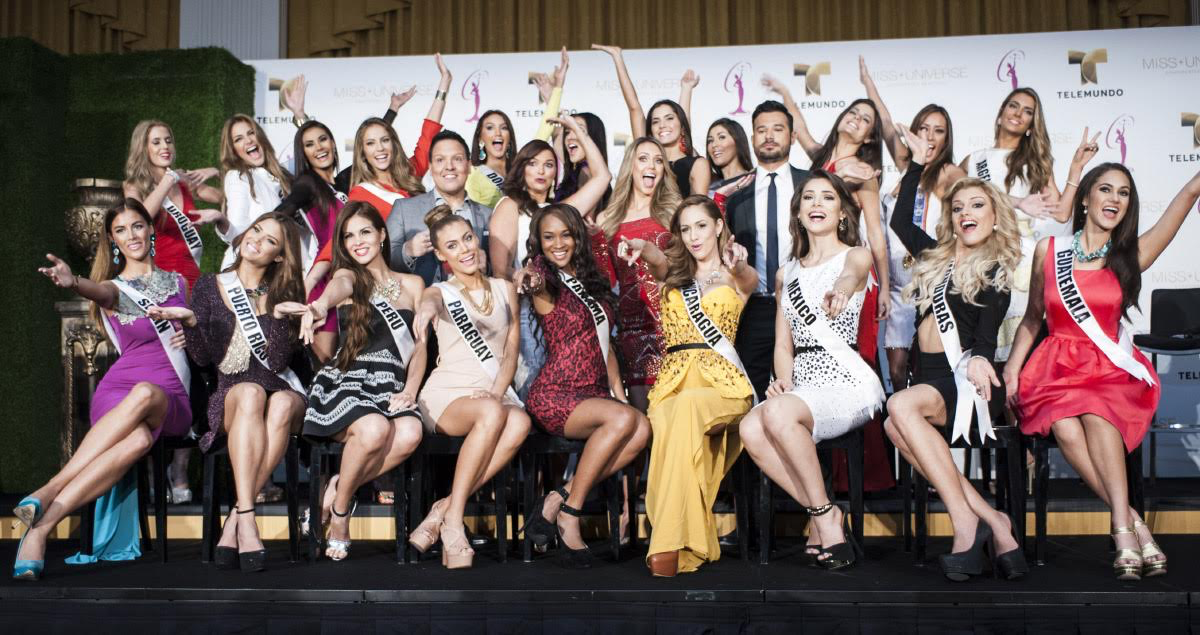 Since 2002, Telemundo has been broadcasting Miss Universe while creating many production opportunities for the Spanish network and more exposure to the pageant.

The yearly ratings success of MU on Telemundo prompted Univision to once again enter the pageant circuits in 2007 with the creation of Nuestra Belleza Latina (NBL). NBL did not follow the traditional formula of its Telemundo competitor, Miss Universe. The format of the show changed the face of pageantry by incorporating elements from other reality shows like America’s Next Top Model, Big Brother, and American Idol. Twelve girls, chosen through a series of auditions in cities around the US [10] and Puerto Rico, live together in a Miami mansion competing in weekly beauty, fitness, and talent challenges. Critiqued by a panel of experts, they face weekly eliminations based on a popular vote through calls, texts, and social media. It has proven to be a successful formula based on the ratings of the show’s ninth season; Univision is rated first among Spanish networks and fourth among the other commercial networks in the Sunday night slot without the help of telenovelas. [11]

As a weekend program, NBL fills the void left by the weekday telenovelas by continuing the melodrama through a series of narrative tropes that include:

1. The Story of the Immigrant. A favorite storyline is how the roots and routes of the immigrant experience, together with the show, become a transformative element in the lives of the competitors.

2. The Cuban Exiles. Since the aftermath of the Cuban Revolution (1953-59), Cuba has not competed in any major beauty pageant. However, Cuban women who migrated to the US have found in NBL a stage on which to compete and represent the island while bringing into perspective the narrative of the American Dream and US-Cuba relations.

3. The Wife. In contrast with traditional beauty pageants like MU, NBL allows married women to compete. This change in the conventional rules of pageants prompts dramatic instances in the show. The idea of a married woman abandoning her home in pursuit of her dreams is always a matter discussed, not only during the audition process but also during the live telecast.

4. The Mother. In addition to married women, NBL allows mothers to participate on the show. The notion of transnational motherhood is relevant in US Latino communities [12] where many immigrant women have moved while their children remain in their countries of origin. The tragic aspect of the abandonment of the child in order to become a provider is something that the show will tackle throughout the season.

5. The Purity of Language. Univision, out of the rest of the Spanish TV networks, protects the use of “unaccented, generic, and universal” Spanish, also known as Walter Cronkite Spanish. [13] This poses a particular problem to those competitors who were born in the US with English as their first language. Also, it becomes a challenge to the contestants from the Spanish Caribbean whose accents are characterized by a rapid pace and the dropping of ‘s’ sounds. 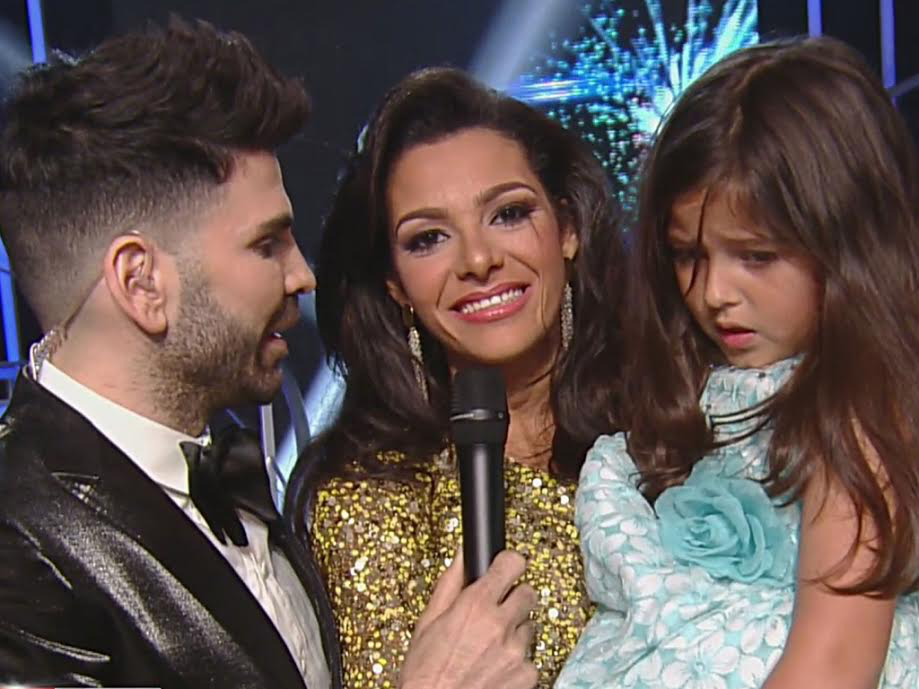 Beyond these narrative tropes, which operate every season of NBL, the transmediatic platforms for production, distribution, and consumption of NBL play a major role in the success of the show. According to Spangler, Facebook activity around Latino programming was significantly higher than other social networks combined, and NBL is a true testament of that. [14] The ninth season finale of NBL in 2015 had 12 times more activity on Facebook during the on-air window than all other social networks combined, according to Trendrr. [15] In terms of ratings, the finale surpassed the premiere of Games of Thrones (HBO) and the MTV Video Music Awards (MTV).

In conclusion, the success of NBL revolves around three main elements: the flow of beauty pageant passion from Latin America, the performance of narrative tropes that appeal to the Latino population in the US, and the transmediatic configuration of the show. However, one of the most important elements of the show’s success is the positioning of Univision as a brand and the NBL winners as an embodiment of that brand. NBL winners obtain a two-year contract with the network, which allows audiences to see the continued artistic evolution of these women after the competition. With the contract, the winner joins the network as a presenter, news anchor, model, or even as a telenovela actress. In that regard, the winner of NBL becomes part of the Univision family and, therefore, an intrinsic part of the US Latino imagined community.