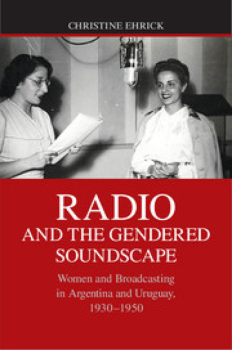 “Woman and microphone are incompatible,” concluded an unsigned column in a March 1934 issue of the Argentine radio fan magazine Sintonía.1 Yet in October 1935, across the river in Montevideo, Uruguay, CX48 Radio Femenina became the first all-woman format radio station in the Western Hemisphere, eventually providing airtime to feminists, anti-war activists and even physical fitness advocates, before the station was blacklisted and temporarily shut down in 1944 due to the pro-Axis proclivities of one of its owners. At that point, back in Buenos Aires, a young radio actress named Eva Duarte was hosting Towards a Better Future, a radio program in support of a military junta that had assumed power in Argentina the previous year and which would elevate a young Colonel named Juan Perón – future President of Argentina and Duarte’s future husband – to national prominence. These and other vignettes speak to the important place of women’s radio voices in two of South America’s most important early radio markets and call our attention to the links between radio history, women’s history, and sound studies in Latin America and beyond. In my forthcoming book, Radio and the Gendered Soundscape: Women and Broadcasting in Argentina and Uruguay, 1930-1950, which will be published later this year by Cambridge University Press, I begin by asking what it meant to hear women’s voices on the radio during the medium’s so-called golden age. Perceived alternately as vulgar and seductive, shrill and soothing, women’s radio voices echoed and delineated the contradictory place of the feminine in modernity and of female bodies in the public sphere, all of which in turn underscore the gendered points of intersection between sound history and cultural history. 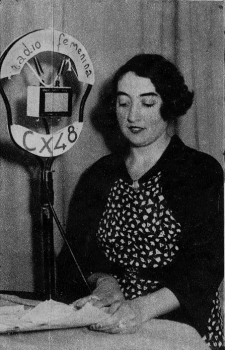 Starting in the late 1960s, Murray Shafer laid the foundations for what would become the interdisciplinary field of Sound Studies with his concept of the soundscape, which he coined as a way to describe the “acoustic environment” of contemporary societies.2 Sound Studies has subsequently opened up an entirely new paradigm for understanding the role of the sonic in the forging of modernity. Jonathan Sterne has called on scholars to “think sonically” and to use sound to “ask big questions about their cultural moments and the crises and problems of their time.”3 Scholars are increasingly using sound as a category of historical analysis, exploring how sound of term paper and the perception of sound have varied over time and place, as well as how one might “hear” social, cultural, and political change over time.4 Yet relatively little consideration has been given to the ways that sound might reflect and construct gender (and vice versa). Building upon groundbreaking historical work on women and radio by scholars like Michele Hilmes and Kate Lacey, I employ the concept of the gendered soundscape to advance a dialogue between sound history and gender history.5 Helmi Järviluoma et al introduce the term, asking readers to contemplate the way gender – and gendered hierarchies – may be projected and/or heard in sound environments. We not only “learn gender through the total sensorium,” as they put it; gender is also represented, contested, and produced through the aural.6 Thinking historically about gendered soundscapes can help us conceptualize sound as a space where categories of “male” and “female” are constituted, and by extension the ways that power, inequality and agency might be expressed in the sonic realm.

One of the most immediately gendered sound categories is the human voice, a richly historical convergence of biology, technology and culture. Voice differences have roots in biological sex difference, but gendered constructions of the human voice vary widely over time and place. While by no means absent in the traditional gendered soundscape, women’s voices have been muted and private, and the near absence of female voices in the public realm is one of the primary ways in which the gendered soundscape has manifested and reproduced itself over the centuries. The advent of radio opened a new chapter in this ancient struggle of women to speak and be heard. Depending on content and context, these voices carried the potential to not only challenge taboos on women’s oratory, but to assert the female bodies into spaces and spheres from which they previously had been excluded.7 By tuning into the gendered soundscape we come to understand radio as a key arena for the reinforcement and contestation of gender, as well as the often contradictory ways that the perceived dissonance of the female radio voice was employed to compel (and sometimes incite) listening audiences. 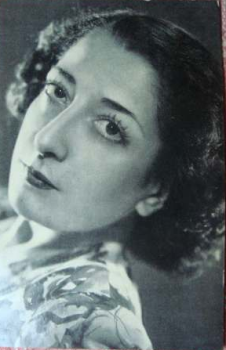 Argentinian radio star Silvia Guerrico
Radio and the Gendered Soundscape integrates these theoretical considerations with the stories of five women and one radio station in the overlapping radio markets of Buenos Aires, Argentina and Montevideo, Uruguay. The two cities are focal points of a regional study of radio in what I refer to as the rioplatense cultural zone. Movement of people, ideas, and radio signals between the two cities was fluid and frequent. Uruguayan Silvia Guerrico was a journalist and author of moderate acclaim in her hometown of Montevideo before relocating to Buenos Aires, where she created a pioneering radio variety program in the 1930s. Residents of one city could quite easily hear radio broadcasts emanating from the other, and “foreign” broadcasts could and did become a matter of diplomatic conflict between neighbors. In the late 1940s, for example, the voices of exiles from Peronist Argentina – including popular female comedian Niní Marshall – sometimes reached back into their country via Montevidean frequencies. This book will leave the reader with a greater appreciation for the place of both women’s voices and Latin American broadcasting in the history of radio, as well as for the sonic dimensions of gender and the gendered dimensions of sound.