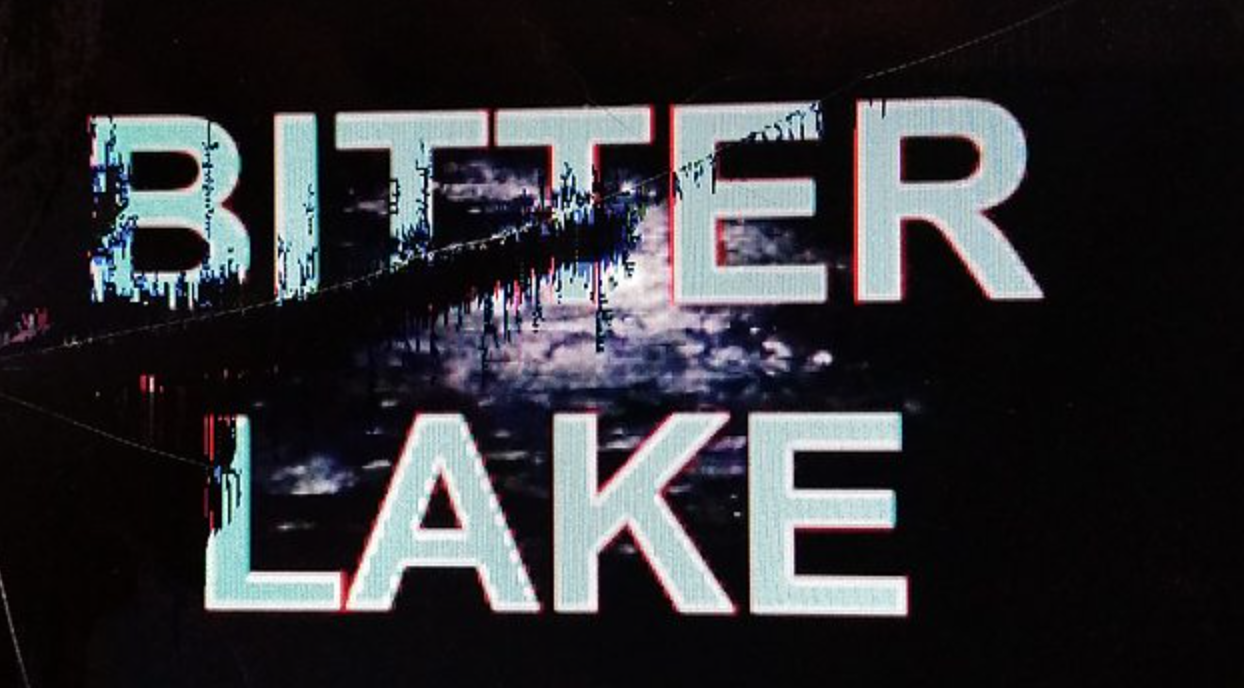 In a confused world it takes a special kind of journalistic filmmaking to help us see things more clearly. Adam Curtis’ documentary film Bitter Lake1 released on Sunday 25th January through BBC iPlayer, refines the collaged form of Curtis’ previous work – which includes The Century of the Self (2002)2 , The Power of Nightmares: The Rise of the Politics of Fear (2004)3 and All Watched Over By Machine of Loving Grace (2011)4 – into an epic that captures the incomprehensibility of our times whilst offering a clear and compelling narrative of how we ended up here, living in a world afflicted by financial crises, war zones and terrorism.

The story itself is unpalatable and complex. Focusing upon Afghanistan, Curtis explores how the ultraconservative influence of Wahhabism, emanating from Saudi Arabia, has been abused, fostered, misunderstood and expanded throughout the Middle East due to a strange combination of Western intervention and strategic domestic policies. As Western politicians increasingly surrender their power to the banking system, they simultaneously present the public with oversimplified narratives of ‘good’ and ‘evil’ to gloss over naïve and incongruous decision-making. The result is a fragmented and chaotic media flow that provides bewildering glimpses of the destabilising forces of money, violence and power that our leaders seem unable to control. 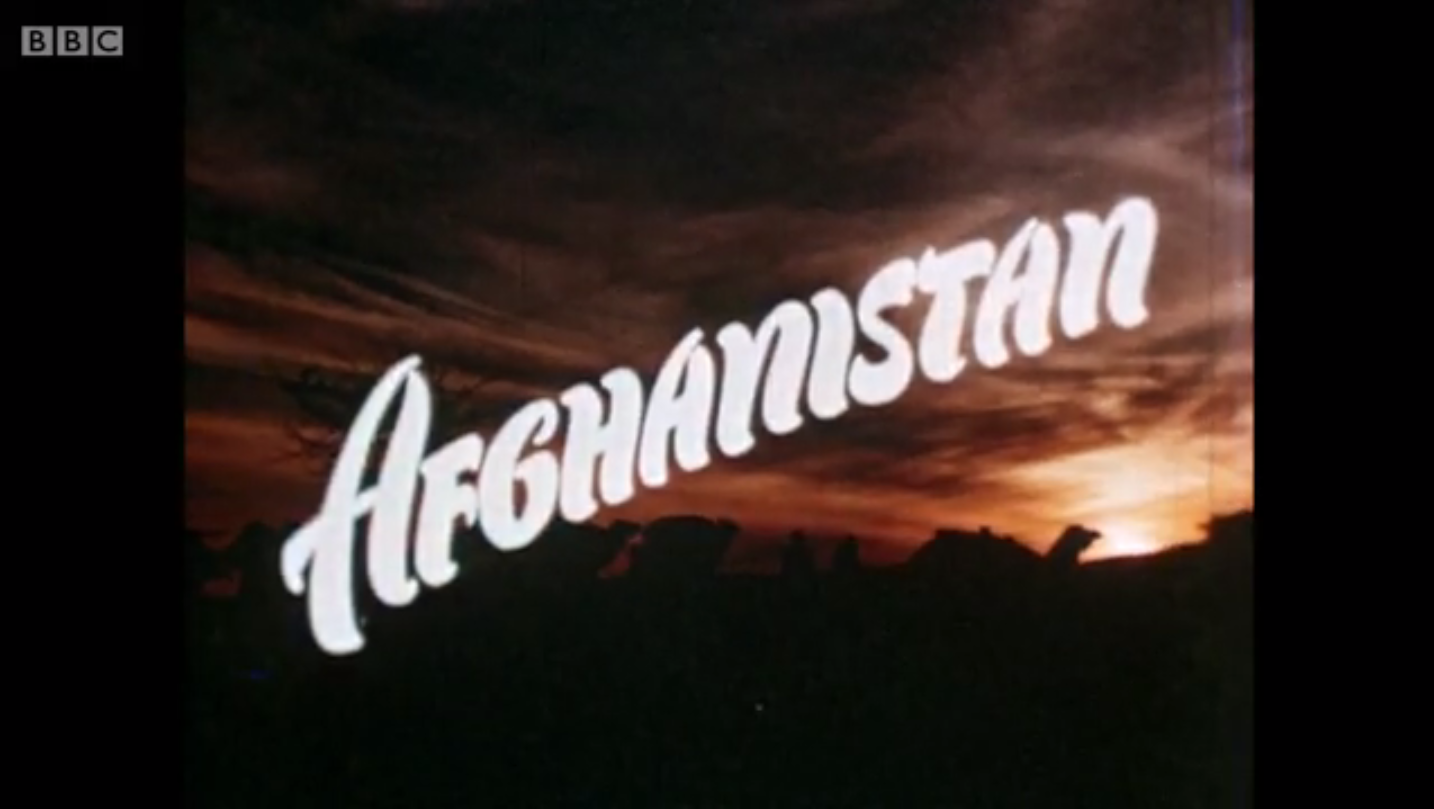 Curtis’ documentary is therefore something of a paradox. He argues that the world and the stories we are told make no sense but in Bitter Lake manages to collage together an array of disparate material to construct a disjointed yet highly coherent history of how this situation came about. Segments of unedited rushes from BBC filming in Afghanistan are collaged alongside archive footage of Franklin Roosevelt’s meeting with Saudi Arabia’s King Abdulaziz on the Great Bitter Lake; we see excerpts from the BBC children’s programme Blue Peter about the 1971 visit of the Afghan king; interviews with members of the Taliban, British businessmen, and troops serving in Afghanistan; a moment behind the scenes on the set of the Afghan version of The Thick of It; selected sequences from Carry On Up the Khyber (1968)5 ; and a wealth of other material and captions overlaid with, at times, a foreboding soundscape, a descriptive voiceover track, news broadcast recordings, David Bowie’s ‘The Bewley Brothers’, and various forms of music for dancing to. The result is a newsreel-like collage of information and ideas that is engrossing, surreal, brilliant and disturbing. 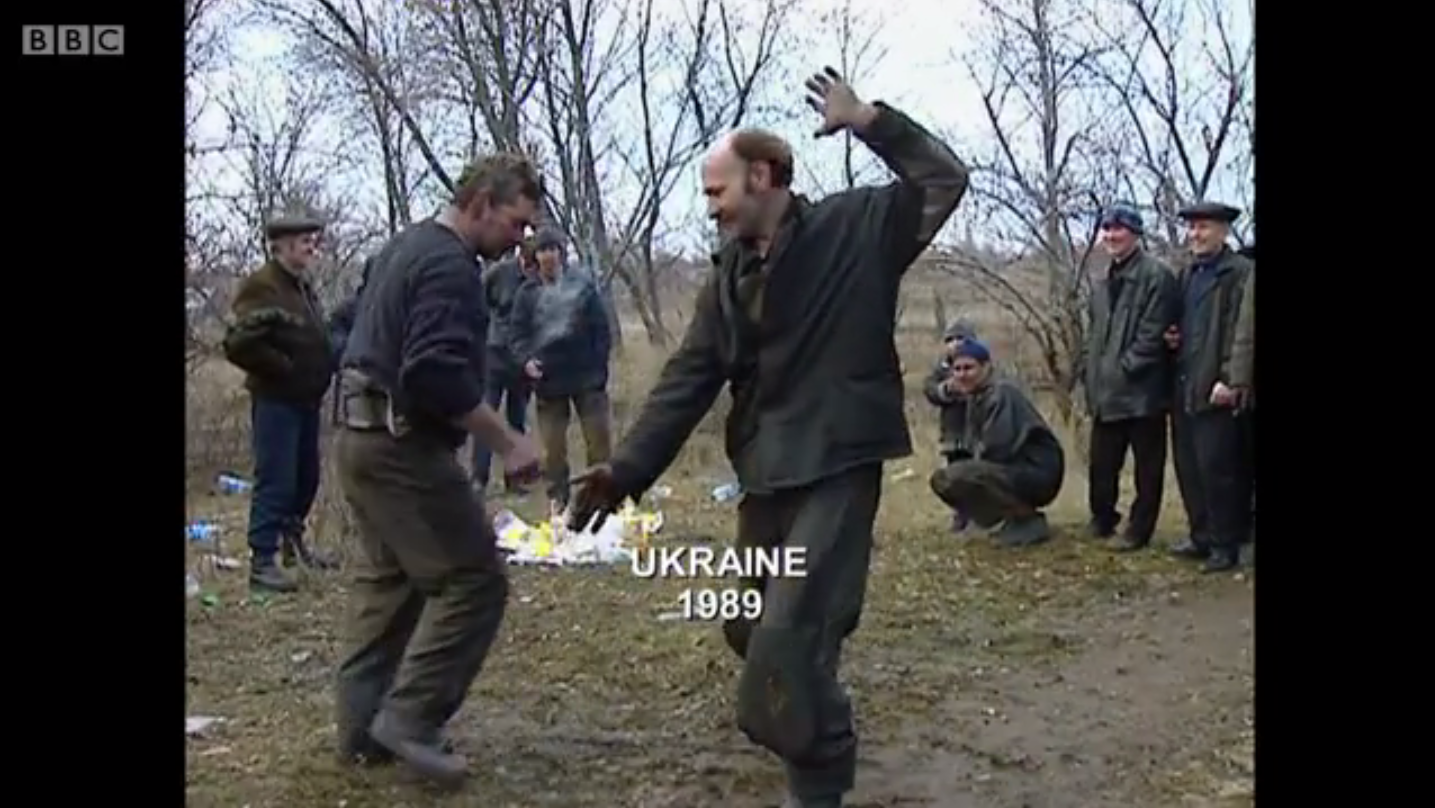 More of the film’s collage style

In an interview with Chris Darke, published in Film Comment magazine, Curtis identifies the biggest influence upon his work as the USA trilogy of novels (1930-1936) by John Dos Passos, which provide the basis for his visual and formal style:

You can trace back everything I do to that novel because it’s all about grand history, individual experience, their relationship. And also collages, quotes from newsreels, cinema, newspapers. And it’s about collage of history as well. That’s where I get it all from. So I tell a story, and then at the beginning and the end I argue the interpretative point on the basis of the story I’ve told you, which basically says, “Agree or disagree with this, but have you thought of looking at the world this way as a result of this story?” (Curtis in Darke 2012, online6 )

All filmmakers edit their material to construct a narrative structure, but Curtis uses the parataxical form of his films to reflect and enhance the content. In a grammatical sense, ‘parataxis’ means the placing of propositions or clauses one after another without indicating by connecting words the relation (of co-ordination or subordination) between them. As Marjorie Perloff suggests, this concept provides the basic structural element for the visual materials used in a collage (1983, 6).7 Parataxis allows the idiosyncratic form of the work to reflect the internal logic of its creator. The structure is determined by implicit principles, based upon the material selected and the creator’s perspective, rather than by a set of explicit and conventional criteria for a narrative or visual form. Curtis’ method of creating a filmic collage is not limited to visual material. The soundtrack and voiceover are part of a sensory experience that provokes an emotional reaction because the stories that build, layer and overlap are not just facts washing over you but differentiated parts of a challenging and engaging narrative that the viewer is invited to recognise from a fresh perspective. As an audience, whether we agree or disagree with that narrative, we are actively involved in recognising a new set of relationships between the information and ideas that Curtis has structured. Bitter Lake therefore presents a unique, or at least distinctively different, way of seeing and interpreting the media flow that shapes our perception of the world. 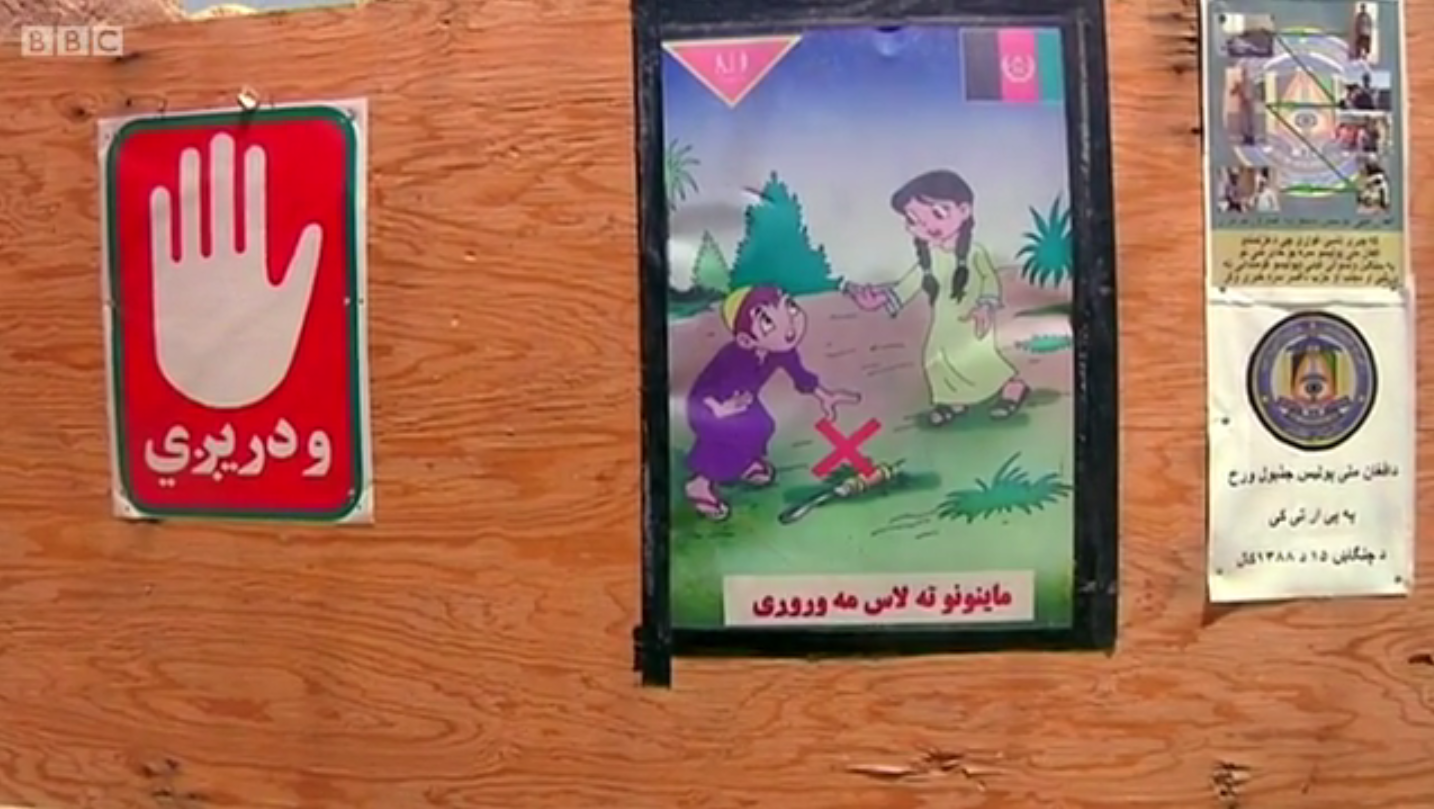 In ‘The Object of Post-Criticism’ (1989), Gregory Ulmer identifies collage as the twentieth century’s ‘single most revolutionary formal innovation in artistic representation’ (384).8 Even with the digital revolution continuing to reshape the media landscape of the 21st century, this observation remains cogent – and perhaps more relevant than ever. Cut-ups, mash-ups, morphing, remixing and collaging are just some of the ways that sounds, images and other forms of information and material are increasingly presented and re-presented as part of our postmodern visual culture. This seemingly never-ending flow sees the growing democratic practice of individuals and groups outside of mainstream media creating and disseminating ideas; simultaneously, established broadcasters and mainstream media are lobbied, influenced or even owned by partisan political and business interests who filter and select their preferred narratives to be propagated. 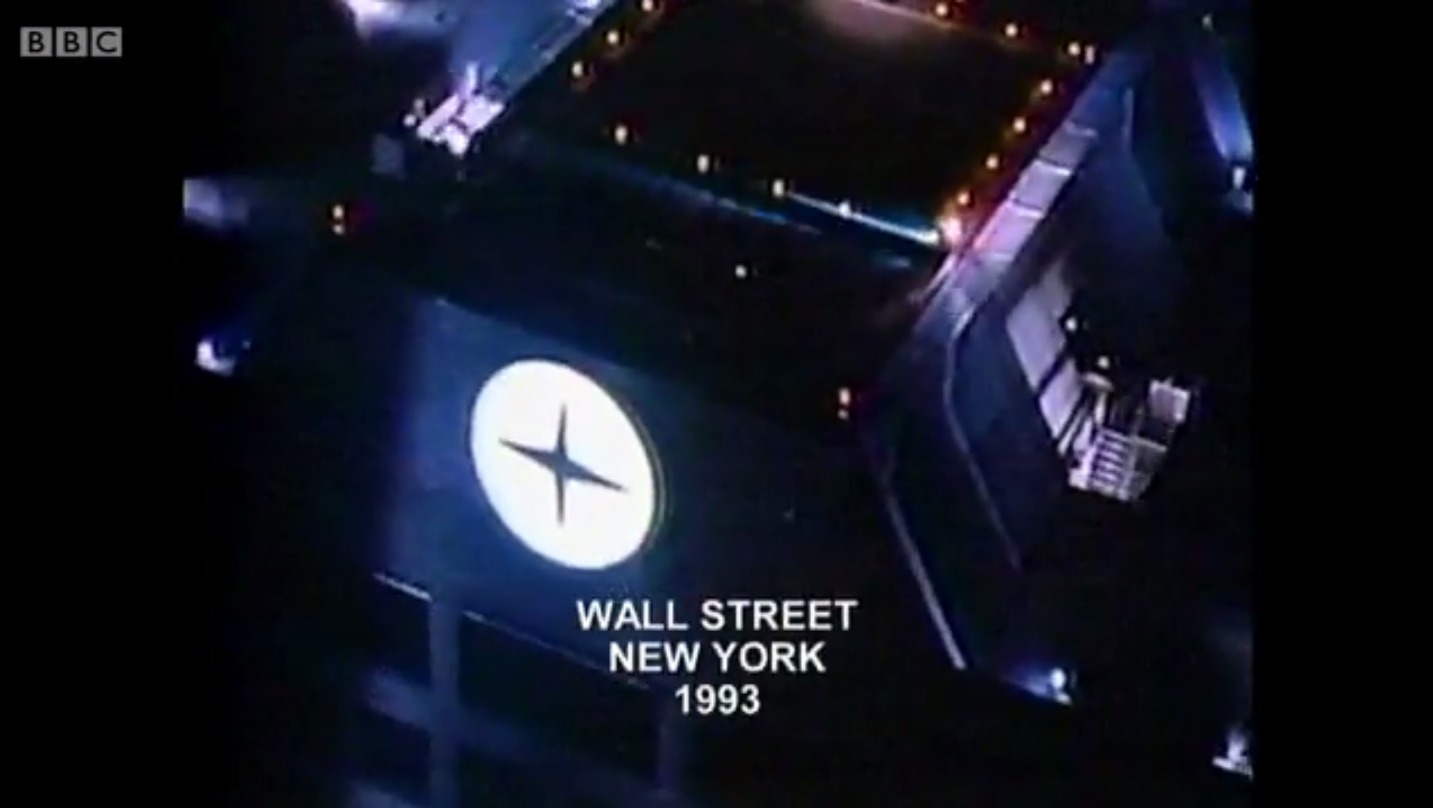 In The Black Swan: The Impact of the Highly Improbable (2007)9 Nassim Nicholas Taleb challenges the ‘narrativity’ that oversimplifies our understanding of the world, especially when an unpredictable but highly impactful event is retrospectively contextualised (with hindsight) in order to reaffirm a rationalised sense of control or order. Instead, Taleb points out that no single narrative can ever provide a full explanation. The existence of an infinite number of stories logically implies that no one narrative can ever totally encompass all feasible perspectives. In a broad sense, this is reminiscent of Fredric Jameson’s appeal to use ‘cognitive mapping’ (1988, passim) as a way for individuals to navigate the postmodern multiplicity of voices: because we cannot see an overarching grand narrative, we have to rely on finding our own way through the maze.10 We must formulate our own narrative interpretations, from as informed a perspective as possible, to help us understand the world and our individual place in it. 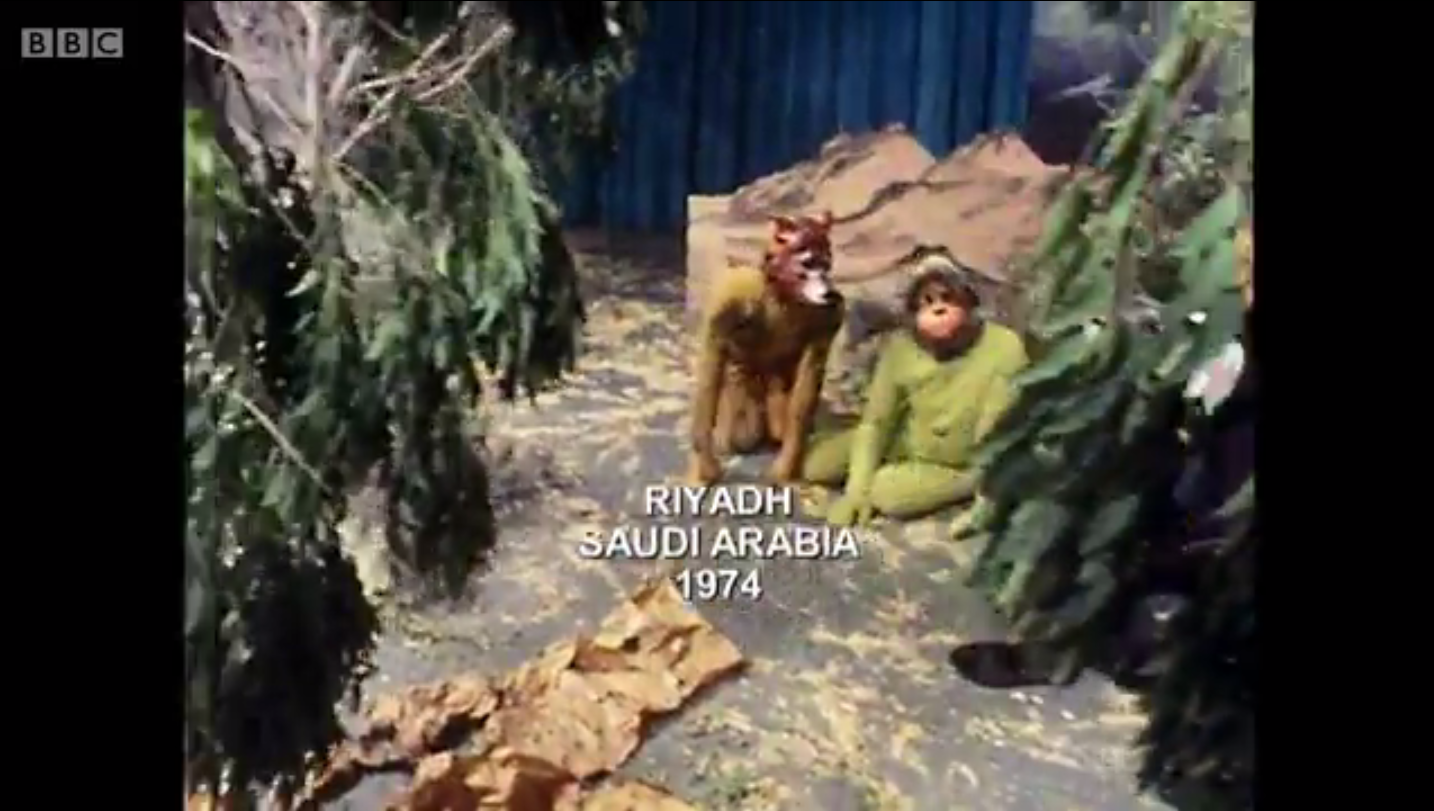 In essence, Curtis seems to be following this principle in his collage-style journalistic films. However, rather than simply finding a way to individually navigate a multitude of narratives Curtis attempts to construct a grand narrative by carefully selecting segments of the confusing media flow and connecting them through intellectual history, informed personal interpretation and an inherent understanding of media. The collaged multitude of perspectives presented in Bitter Lake, linked by a parataxical structure and idiosyncratic approach to storytelling, presents an outward-facing (rather than internal and self-referential) social and political map. In other words, Curtis’ cognitive mapping of the issues surrounding Afghanistan, the Middle East and the Western loss of faith in politicians and economic structures is turned into the formal structure of Bitter Lake, resulting in a documentary that provides a selective but convincing overview of an otherwise incoherent situation.

Like the saccadic jumps of the eye that convincingly formulate an illusion of seeing a complete world, Curtis pieces together a way of seeing that provides a whole far more substantial than the sum of its parts. This collaged method of storytelling also suggests that within carefully selected outtakes and offcuts from the mass media and popular culture some significant parts of the bigger story of what is happening in the world can perhaps still be told. Bitter Lake does not represent a definitive account of contemporary history, but it does provide a particular type of grand narrative that is aware of its own fragmentary nature and how tenuously connected acts of chance and unpredictability will continue to reshape that narrative as an ongoing story.