The new sitcom Cristela premiered as part of ABC’s Friday night lineup on October 10th, part of a slew of new fall programs, including the Emmy-winning Jane the Virgin (CW) and the already-cancelled Red Band Society (Fox), that feature Latino and Latina actors in prominent roles. Among them, Cristela stands out as the one best positioned to become what we might call the “Great Latino Family Comedy,” the show that will finally succeed in shifting Latinidad (rough translation: Latino-ness) from the margins to the center of the TV family sitcom without compromising its Latin soul. Many Latinos have long been waiting for the Latino Cosby Show, the program that, for better or worse (and plenty of African-American critics have panned Cosby’s assimilationist leanings and “politics of respectability” and are now struggling to make sense of his recent fall from grace), changed the racial landscape of television by exposing audiences of all colors to a loving, functional black family. Although the show failed to define “family” beyond a heterosexual nuclear unit, as subsequent sitcoms have done, its vision of blackness was groundbreaking for its time.

Latino audiences still cannot claim a Cosby of our own, despite the increased visibility of Latino characters on network and cable television and the meteoric rise of Eva Longoria and then Sofia Vergara in recent years. ABC seems to hope that Cristela Alonzo, a Tejana comedienne, is the TV star to fill this niche.

The George Lopez Show came close to achieving what ABC has in mind for Cristela. Lopez appeared on the same network and had a similarly winning lead actor, but could never fully balance its star’s edgy standup persona with the banal suburban setting the show placed him in. Although Lopez positioned itself as something of a class comedy by frequently referencing Lopez’s blue-collar roots and job as a manager in a factory, its setting and characters had a distinctly middle-class feel, not exactly relatable to the Latino audience the show’s producers presumably wanted to court and not unlike the class politics of Cosby. Lopez, in the eponymous role, seemed to have his wings clipped under the pressure to represent the Latino family in a blandly positive light. Margaret Cho’s 1994 series All American Girl, another precursor to Cristela, suffered under similar constraints. Both Lopez and Cho had much to say about the minority experience in their standup routines, which appealed to both white and non-white audiences, but both of their shows, though designed as star vehicles, diluted their capacities for social and political commentary. 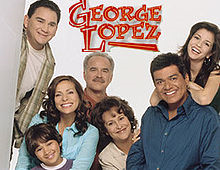 As a result of this stifled tone, what we got in Lopez was a generic Cosby without the undeniable charms of that show’s stellar cast or the top-notch writing of a Carsey-Werner production. What is more, the family dynamics that it depicted (stubborn husband, exasperated wife, wisecracking grandmother) were played for bigger laughs in Everybody Loves Raymond and The King of Queens. Although it ran for six seasons and 120 episodes, George Lopez never ranked above 50th in the Nielsen ratings. The sitcom does not enjoy a legacy among Latinos and Latinas as particularly groundbreaking or affirming, unlike Lopez’s classic standup routines. Years after its cancellation, scholars in Latino television and media studies continue to pay scant attention to the show (except in a few smart pieces that have appeared in Flow). 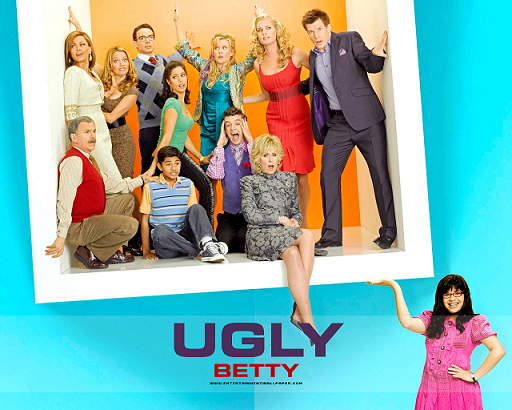 Ugly Betty, another ABC property, serves as a better template for the Great Latino Family Comedy. Sure, the real drama occurred at Mode, the high fashion workplace where Betty Suarez (played with winsome sincerity by America Ferrera), the sartorially challenged daughter of Mexican immigrants felt like a fish out of water, but the Suarez family provided a warm blooded vision of Latino domestic life. Importantly, it did so while avoiding many of the stereotypes associated with Latinos throughout television history: Ignacio (Tony Plana), the paterfamilias, defied the longstanding trope of the macho head of household—unlike, for example, Cristela’s brother-in-law Felix (Carlos Ponce)—by feeding and tenderly nurturing his family over the course of four seasons; when Betty’s nephew Justin (Mark Indelicato) comes out, the series showed that, despite popular media representations, Latino families are not necessarily more homophobic than white families; Betty herself had plenty to say about Latina feminism (even if she would have never called it that). In these ways and many others, the show quietly subverted a century of film and television stereotypes that have constructed the Latino family as inherently dysfunctional, capable of producing only thugs, maids, drug dealers, and stereotypes that we have seen played as clowns or threats. But Ugly Betty was a single-camera dramedy, not a multi-camera sitcom with a laugh track or studio audience like Cosby, Lopez, or, now, Cristela.

Cristela Alonzo’s standup is funny. As a performer, she is charming and down to earth, unafraid to laugh at herself or the dominant culture’s expectations of her as a Chicana. Her career, boosted by several recent late night appearances and now her own sitcom, looks like it is off to a strong start. I wish I could say the same for Cristela. The jokes and repartee feel too familiar (“If you were my wife, I’d put poison in my coffee,” threatens Felix. “If I were your wife, I’d drink it,” retorts Cristela, to super-sized laughs), the stereotypes too broad (A culturally incompetent and overly Catholic immigrant mother nags the titular character about finding a husband and a real job), and the setting too sanitized (The family’s huge suburban-looking house resembles the one in Lopez) to stand out as something original in the noisy landscape of primetime TV. Just like with Ugly Betty, the pilot paints Cristela as the underdog as she pursues and wins a plum internship—this time at a Houston law firm—but the premise does not go far enough in presenting the lead character as something more complex than just a wisecracking dreamer of the garden variety. Many of the jokes in the pilot are drawn directly from Alonzo’s standup routine but do not feel as funny or vital now that they are situated in the canned world of the sitcom. I found it especially surprising that the first season so liberally borrows plot points and jokes from Ugly Betty, The George Lopez Show, and Margaret Cho’s stand-up routines. This derivative feel suggests that Cristela is not exactly striving for greatness, even if coverage in the New York Times and other media outlets saw the emergence of the show as a significant step forward in Latina/o representations.1 The show does tackle Mexican-American stereotypes in just about every episode, but it plays them for laughs rather than to dissect and upend them as, for example, Black-ish attempts to do on Wednesday nights on the same network. Time—and Nielson ratings—will tell if the show will find an audience beyond its inaugural season. I, for one, have tuned out but will keep looking for the Great Latino Family Comedy.