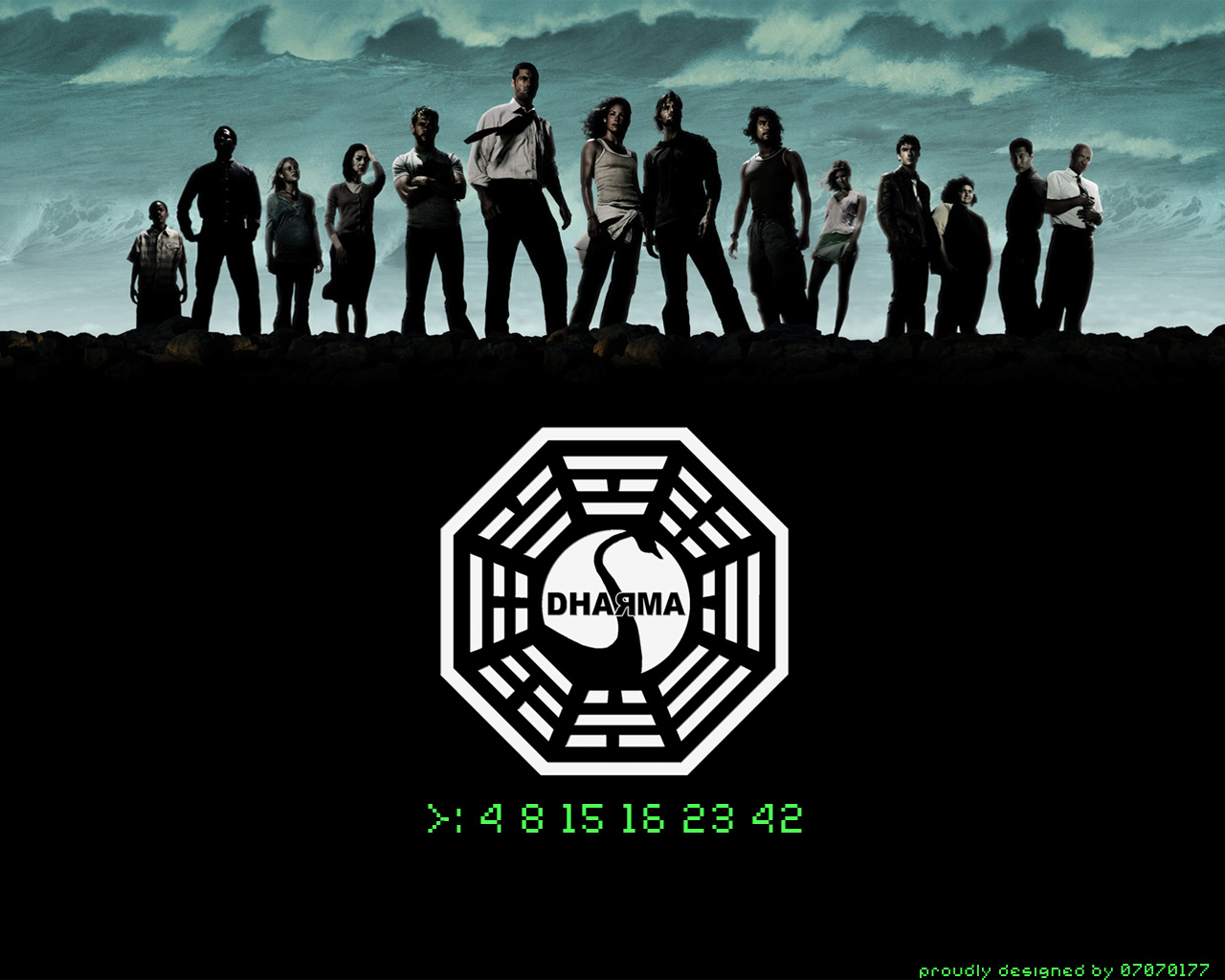 The Mysteries of Lost

Scholars have written about the rise in narratively complex, ‘Quality’ and cult television dramas that have been seen in the industry from the mid-1990s onwards1. From Buffy the Vampire Slayer, through to Breaking Bad and Mad Men, these series have had critical success, at least a modicum of commercial success, and have garnered significant academic attention. These movements have been well described in the literature, but these descriptions tend to be relatively macro, thinking about the broader shifts rather than the small micro shifts in narrative. One shift that I believe warrants more attention is the move towards story arcs which run the full length of a series, driving the narrative of each episode. These usually take the form of a central overarching question which much be resolved, and so I propose the term ‘enigma serials’.

Buffy the Vampire Slayer has been raised by scholars such as Jason Mittell as representing a sea change in television narrative2 . In particular, the period around Buffy marked a shift in popular television from discrete episodes, to a greater acceptance of seriality3 . These series in the mid-1990s mixed their discrete episodes with seriality; episodes of Buffy would often have a ‘monster of the week’, but also extend the ongoing serial plot which ran the length of the season. However, it is with Lost that we really see the true fulfilment of this shift. In many ways, Lost is a logical extension of Buffy. In a period of rapid change in the televisual landscape, Lost adopted and extended many of the narrative and industrial shifts that I have identified elsewhere as occurring in Buffy, while simultaneously stretching the boundaries of what could be achieved on a network television series4 . Similar to Buffy writers, Lost writers opted for narrative complexity, creating deep and rich storylines that ran the full length of the series; but in this case, some storylines were never fully resolved. Where Buffy mostly restricted itself to season-long arcs, Lost established a central premise which would not be fully resolved until the final episode of the entire series. This central premise allowed for a deeper level of narrative purpose, with each episode having an individual narrative arc, but still pushing towards a single final denouement.

At its heart, Lost has a multi-layered central enigma: where/what/when is the island, and will the central characters escape? The pilot (“Pilot” – Season 1, Episode 1) commences in a fairly standard survival mode: a commercial airliner crashes on what appears to be a deserted tropical island. The plot of the pilot episode plays out in ways which could be expected for a standard drama; injured people are assisted, while heroes in the form of Jack Shephard (Matthew Fox) come to the fore. The central question of the series is openly expressed at the end of the pilot episode by the character of Charlie Pace (Dominic Monaghan), who, having encountered a polar bear, rapid shifts in weather, an unknown monster, and a sixteen-year-old recording in French repeating on a loop, asks rhetorically, “Where are we?”. This question then plays out across the six seasons of the series’ run, albeit with significant plot shifts and narrative techniques, including flashbacks, which give viewers a greater understanding of the characters; flash-forwards (beginning at the end of Season 3, and running into Season 5), which serve as a plot device to indicate that some of the survivors find a way back to the mainland; and ‘flash-sideways’, which serve to show an alternate reality in the sixth and final season, although in the final episode the true nature of the ‘flash-sideways’ is revealed to viewers. The central enigma of the series (will any of the survivors escape the island?) is resolved in the final episode, although many fans expressed dissatisfaction with the lack of resolution of many of the other mysteries within the series. While there are smaller story arcs which exist within the series, and episodes which include self-contained storylines, as has been true of many series, Lost is focused on moving towards this ultimate resolution of the central enigma, a concept previously unseen in a series of this length.

One of the unique aspects of Lost’s narrative structure is the singular nature of this enigma to be solved throughout the entire series. Jason Mittell has drawn on the narratological concept of “unity of purpose”, which usually describes a singular narrative goal in an episode, and has taken the idea a step further to suggest that every episode within the series is dedicated to bringing the characters and the viewers closer to the final resolution5 . He observes that the process of watching leads viewers to think about the totality of the series; every episode requires viewers to assimilate any new information that has been received, and use that information to reconfigure their understanding of the series and the enigma at its core. Thus, as the viewer learns more about the DHARMA Initiative or the Hanso Foundation in Lost, it gives them an idea of what the island might be, or might have been in the past; it begins to explain the buildings found on the island, and adds to the overall understanding that viewers will have of the series as a whole. This unity of purpose relates not only to the narrative drive of the show, but also to the character development. Roberta Pearson has argued that every aspect of the characters and character development in Lost is also directly related to the central enigmas of the show6 . She highlights the fact that in media interviews, the producers chose to foreground discussions of the character development in the show over the mysteries or the mythology. This occurred especially in later seasons, as it became apparent that many fans had a deep and detailed interest in the nature of the enigma. However, Pearson also points to the producers’ awareness of the dissatisfaction expressed by many fans over the failure of previous television shows with long-running mythologies to satisfactorily resolve them. Thus, built into all character exposition and development is an awareness that everything that we as viewers learn about them helps us to understand the central mythology a little bit better. Character development and narrative exposition become closely intertwined. 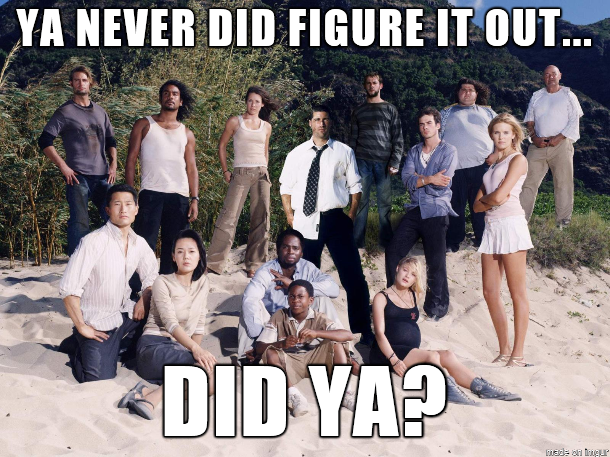 Given the uniqueness of this integration of character and long-form narrative, I would argue that this series requires its own generic category, or at least sub-category: what I call the ‘enigma serial’. In the terms set out by Trisha Dunleavy7 , this sub-category sits somewhere between complex serials and series-serials, with a basic programming format that is modeled on a traditional American serial, which is to say, season runs of between 12 and 24 episodes with the aim of continuing for multiple seasons. However, the ‘enigma serial’ relies on an underlying story arc, a central enigma, on which all narrative development is based. This sub-categorisation helps to clarify how Lost advanced its narrative form in a distinct manner to its predecessors. As previously mentioned, Buffy has been acclaimed for the way it mixed the traditional serial mode of televisual storytelling with ongoing story arcs, which usually ran for the length of a season. The X Files has also been identified as having an ongoing story arc which lasted the length of the series. But this story arc was frequently interspersed with individual, stand-alone episodes which did nothing to add to the ongoing mythology. The unity of purpose presented in Lost is probably most similar to early British series such as The Prisoner (1967-68), which certainly provided a central enigma, but most of these had very short runs. With only 17 episodes in total, The Prisoner did not have the opportunity to explore the possibilities of this narrative form.

If Lost were the sole example of this new form, then trying to define a category specifically for it may seem futile. However, the notion of the enigma serial can also be seen in some of the programming subsequent to Lost. Series such as FlashForward (2009-10), Traveler (2007), The Nine (2006-07), The Event (2010-11) and subsequent J.J. Abrams series Revolution (2012-14) have all presented an over-arching enigma as the premise for the series as a whole. Unfortunately, these have all been cancelled, and any others are too early in their run to discern whether they will succeed in maintaining a long-form story arc to the eventual conclusion of the series. All can be seen as attempts to fill the enigma serial mould established by Lost, though many have fallen victim to the vagaries of broadcast television economics before their promise could be fulfilled. Several of these series have been seen as attempting to imitate the success of Lost, with others being criticised for overly complicated storylines, or raising too many questions without offering enough answers to satisfy viewers. Finding a narrative balance that is satisfactory to viewers without being overly complex seems to be crucial to the success of the enigma serial. Whether future or current series can live up to this potential remains to be seen, but the economic success of Lost almost certainly means that we will continue to see imitators for a while to come.

The presence of Dominic Monaghan in FlashForward, including voicing this trailer, invites viewers to make connections between this series and Lost