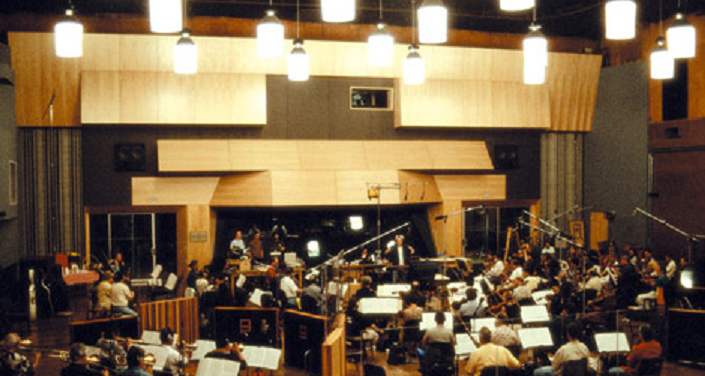 Among my many musician friends on social media, there have been numerous stories shared about how many restaurants, bars, and other such venues for music have posted ads seeking musicians to play for free. And while these anecdotal stories cannot be taken as fact unquestioningly, there is a kernel of truth that many in our society fail to realize the value of a musician’s time and the nature of the vast majority of professional musician’s careers.1 While we still tend to have romanticized notions of the creator of artistic works—artists, composers, writers—as a sort of genius, working musicians seem to inhabit different space. These musicians, such as those who work in Hollywood recording studios, are usually seen as a means of production, people who don’t really create as much as they realize another’s vision. And with the exception of those few famous soloists like Yo-Yo Ma, Itzhak Perlman, or Joyce DiDonato, who do appear on Hollywood soundtracks from time to time, the skills and talents of most of them are not valued nearly as highly as the composer’s whose music they perform. It begs the question: how much is a musician worth in our culture? Someone who has spent years honing their craft, thousands of dollars on lessons and instrument, and sacrificed time spent with loved ones to travel to out-of-town gigs and who has just as many bills to pay, if not more, than the average American. Such is the social backdrop of the long labor battle between Hollywood musicians and the studios that employ them.

Let’s rewind to 1958, when the means of music production in Hollywood films began to change radically. That year, the contract between the American Federation of Musicians and the major Hollywood studios was up for renewal, but this time the studios would not willingly submit to the AFM’s demands. The long-time president of the union, Joseph Pretrillo, had handed the reins off to new president Herman D. Kenin, who had naturally asked the studios for a new round of concessions, pay increases, and so on, that Petrillo had always received. This time, though, the studios said no. A strike ensued, during which the studios began to outsource scoring gigs to foreign orchestras, including Bernard Herrmann’s score to Hitchcock’s Vertigo, which was recorded in London. The union eventually splintered and a rival group, the Musicians Guild of America, won bargaining rights and the strike ended with the MGA negotiating a new deal with the studios. This deal ended the practice of studios being required to employ large orchestras and instead instituted a new pay scale for musicians which had higher per service pay, but also created a sliding scale in which a smaller orchestra could be employed, but with higher per musician salary. This new contract effectively ended the standard practice of large orchestral scores (they were still made, but were no longer were the norm). For composers this meant they were free to experiment more with avant garde musical styles and smaller ensembles, but for musicians in Los Angeles it was the beginning of a slow decline for work in Hollywood movies.2

Fast forward to today, and the situation for Hollywood musicians has reached another critical point. In recent years, the practice of recording scores outside of the US has only grown more prevalent. Recent articles in industry papers such as Variety, traditional media outlets like the Los Angeles Times, and new media outlets like the Huffington Post have all reported variations of this story, most citing the current AFM contract (the union eventually won back the bargaining rights and the MGA went defunct) as a root source. In that contract, American musicians on scores all receive continuing royalties for their work, something not found in other nations, including the unionized musicians in Britain who are heard in many major scores, such as for the Star Wars franchise and The Lord of the Rings films (Peter Jackson, 2001-2003). Couple this with the increased use of digital instruments which can fill out the sound of a small ensemble, and the situation for musicians becomes even more acute. (In Hollywood, the fight against digital instruments mirrors that of Broadway and Opera musicians in New York, albeit on a smaller scale.)

Another front in this debate is the case of video game composer Austin Wintory, who has recently made his feud with the AFM public by posting a YouTube video under the username “An Untenable Situation.” In it he details his fight over a $50,000 fine levied against him by the union for recording his score for The Banner Saga (Stoic, 2014) with non-union musicians. The video caused a stir when posted as it seemed extreme that a composer would be fined such a large amount. For Wintory, he has been caught in the middle of a fight between the AFM and the video game industry which flatly rejected the union’s demands for royalties from secondary markets. What makes Wintory situation strange is that he is being fined as a union conductor working with non-union musicians, not as a composer. The contract fight behind the situation might be reaching its end, though, as it was recently announced that the AFM has struck a new deal with Microsoft that it hopes will set a model for agreements with the other publishers. Wintory’s dispute, however, has not been resolved as of this writing.3

This tension, between musicians (labor) and the game publishers and studios (management) is, of course, just the latest battlefield of an old fight, as technology has changed the economics of work. Management wants the lowest costs in order to increase profits or to spend the money elsewhere, and labor wants to protect the jobs and livelihoods of its members. One of the driving forces behind the changes is how technology has changed the means of producing and distributing creative content. For musicians, this change has come from two primary areas: decreased cost of recording technology has made it easier to record high quality soundtracks outside the US, and as digital orchestras and sample libraries have increased their fidelity, live musicians have been replaced by “orchestras-in-a-box.”

Studios are scrambling to cut costs because increased competition from the internet has taken its toll and studios look to new ways to increase margins. They sometimes look to save where they can in order increase effects budgets in order to get the eyes on theatre screens and away from smartphones, computer monitors, or internet enabled televisions. What is occurring today is a direct parallel to the conditions that caused the studios to balk at the AFM’s demands in the 1950s, as TV was beginning to lure people away from the theatre. Back then, the studios introduced new technologies like widescreen formats and even the first widespread adoption of 3D film screenings. It is no mistake that we are in the grips of a new 3D fad that already seems to be on the wane.

For scholars, we often focus our studies of creative objects on the main “creator:” how we read that object, interpret it, and place it in a historical and cultural context. This is good and necessary, but we sometimes lose sight of the complex social systems that support and make that object’s production possible. By examining the social and economic pressures behind the adoptions of new technologies and production methods, or why a composer chooses the ensemble she does, it enables us to see creators as more than the romantic notion of “The Artist” and more as the people they are. I know this is nothing new or radical, but it seems that it needs to be stated periodically.

And when we are in these transitional moments, when the “old” systems struggle against the emerging of the “new,” times that are always fraught with pain and disputes, it is good to realize that the more things change, the more they stay the same. Lingering questions remain, though. What of those musicians whose jobs are under threat as the economics of the film and music industry change? How do we, as scholars, document these moments of change when the means of production is rapidly changing the relationship between labor and management in the industry that we study? And, perhaps most importantly, how do we tell their story?