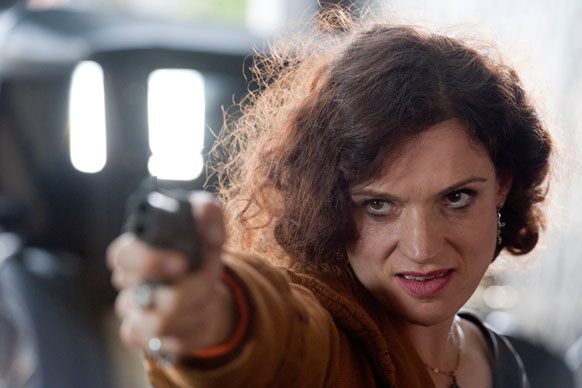 The gangster genre1 is a longstanding and popular one in both film and television. The genre almost always focuses on male characters and much academic writing on the topic considers the gangster genre to be primarily about masculinity. This means that the spate of female gangsters, in central roles in recent television shows, is worthy of discussion. Female characters could undertake a number of roles in the business of crime; however, I am going to limit my analysis to women who are in charge of their own criminal organizations: Mags Bennett from Justified, Nancy Botwin from Weeds, and Tilly Devine and Kate Leigh from Underbelly: Razor.2

The definition of the gangster film, as established in the 1950s by Robert Warshow, includes a rise-and-fall narrative; a tragic, urban anti-hero; a critique of modern life and consumerism; and the use of violence to obtain the “American Dream” (Grieveson, Sonnet et al. 2005).3 While there are revisions and disputes of this classic definition I am going to use it as a sounding board in this discussion.

Gangsters are primarily motivated by achieving money and power. They may also be motivated by cruelty, violence, or revenge but the fact that they are attempting to make money through organized crime is a central part of the definition of the type. Furthermore, it is often the violent aspects of the gangster’s character that bring his or her downfall. The women in my examples are all motivated by money and power, and they all use violence; however, only one of them suffers an ultimate downfall. 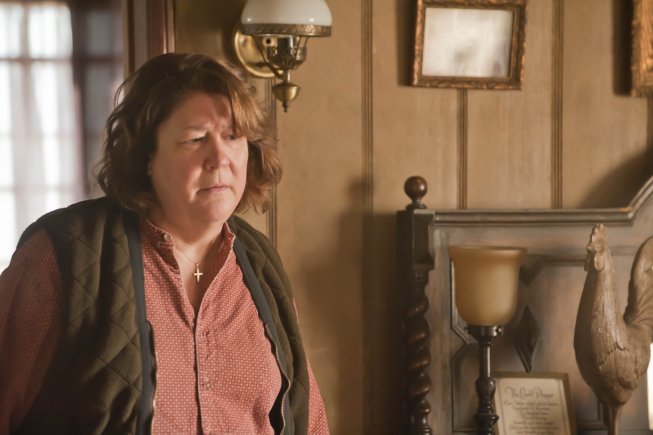 Margo Martindale as Mags Bennett, an antagonist on Justified

Justified is an FX series (2010 – present). Its central character is Raylan Givens, a U.S. Marshal transferred to his home state of Kentucky in disgrace. The show is usually episodic but has overarching seasonal villains. As a result of the episodic structure and central lawman character, Justified has the most traditional narrative form of the shows under examination. In the second season the villain is Mags Bennett, a middle-aged, raw-boned, and apparently uneducated woman—a stereotypical hillbilly, who still makes and drinks moonshine. Mags runs a criminal enterprise in rural Kentucky, and is assisted by her three sons. At the beginning of the season she is a powerful member of her community, one who performs, or at least attempts to perform, the role of vigilante justice. The first murder that she commits is of a man who went outside the community and informed the authorities that his daughter is being threatened by a child molester. Mags rules her family and her community with a rod of iron; when one of her sons disobeys her she breaks his hand with a hammer. Her highest point and moment of triumph is when, through treachery and betrayal of her own community, she manages to secure a legal fortune by selling out to a mining company.

Historically there have been few famous female gangsters However, one that stands out is Ma Barker. According to the legend Ma Barker was an intelligent woman, elderly and often represented as sexless, who ran a gang made up of her stupid and violent sons. She is usually portrayed as an unnatural mother (Strunk 2005).4 A number of films have been made about Ma Barker, most recently Bloody Mama (1970), and she has become a noticeable archetype in popular culture. (For example, Ma Fratelli in The Goonies (1985) is a loose caricature). Mags Bennett clearly has some aspects of this archetype and is therefore part of an already existing tradition of representation of the female gangster. She is also the villain and not the protagonist of the story. Yet she is powerful, she is intelligent, and like the classic gangster she goes out on her own terms, killing herself with poison, her own chosen weapon. 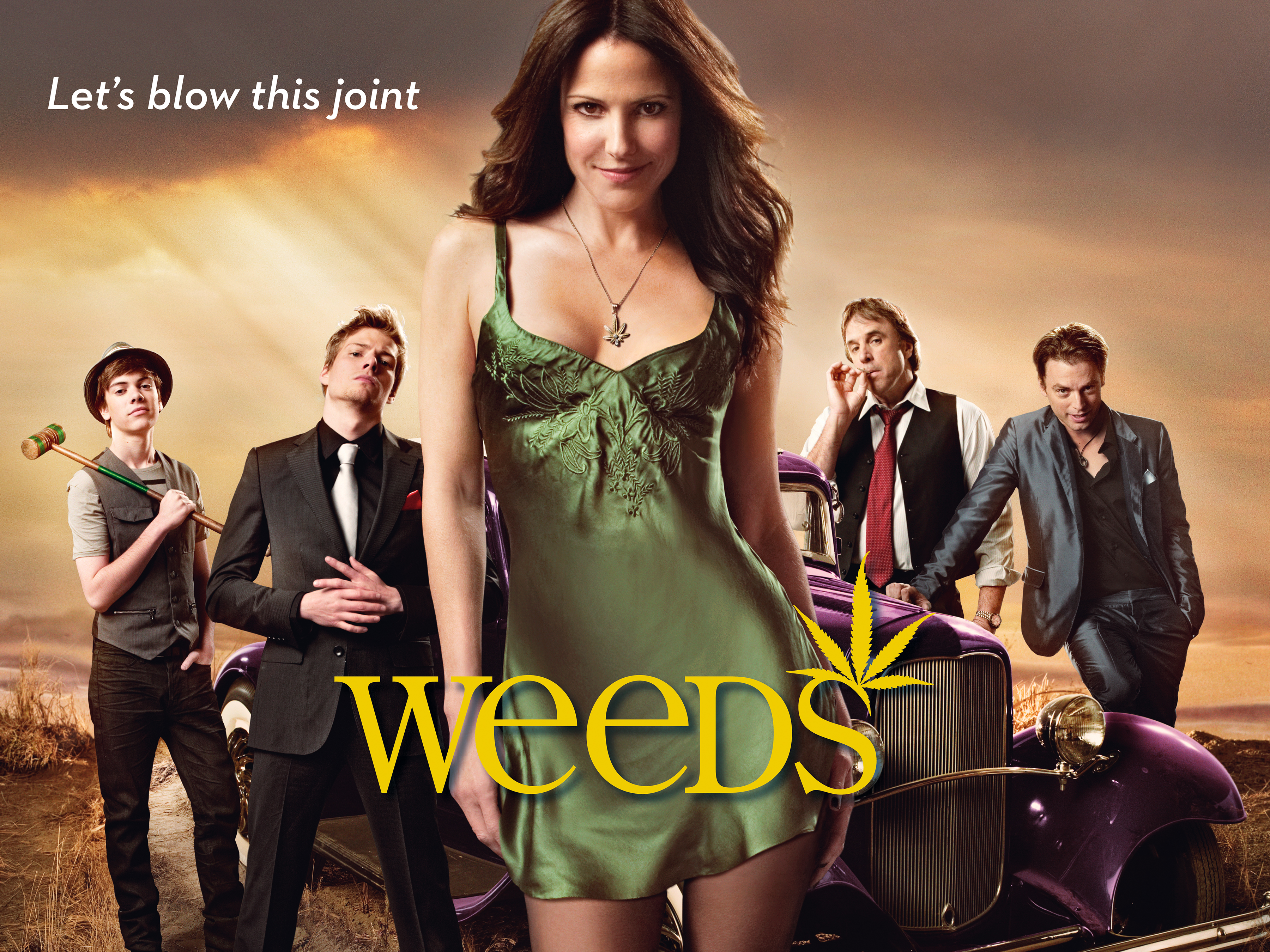 Weeds was a Showtime half-hour comedy drama that ran for eight seasons (2005-2012). The show’s premise was that Nancy Botwin started to sell marijuana when left impoverished after the death of her husband. However, over the course of the show she moves from selling to growing to large-scale distribution, becoming more ambitious and greedy in the process. Nancy is the central protagonist of the program and her tale is a repeated rise-and-fall narrative, but in contrast to a standard gangster narrative, Nancy’s story ends on a rise.

Nancy is a flawed character, in many ways an anti-hero. The earlier seasons of the show are more lighthearted and the comedy tends to obscure the fact that Nancy is a criminal businesswoman. However, as the show develops it becomes clear that it is Nancy’s flaws that lead to her loved ones getting hurt and also to her business setbacks. It is worth noting that whilst not unheard of, female anti-heroes are unusual, even in comedy, meaning that Nancy has significant rarity value.

Nancy also shows some relationship to the classic Ma Barker character. Her two sons start out innocent but eventually become criminals and involved in their mother’s business. Yet unlike the traditional Ma Barker, Nancy is attractive and sexually active, and uses her sexuality to achieve power. Nancy is somewhat sexually promiscuous but it is on her own terms. While her behavior sometimes incurs negative consequences, it does not remove her from being the protagonist of the narrative. Weeds is Nancy’s story and therefore she remains center stage, even when using her sexuality to make ill-advised alliances with Mexican drug lords.

Weeds is sometimes contradictory. Picture 3 above is an example of this. Nancy is pictured in a state of undress, bold and sexy. Her sons and associates stand behind her dressed in classic 1920s gangster outfits. Yet Nancy is the center of the show’s narrative—all action flows from her and she is the one in charge of the business. 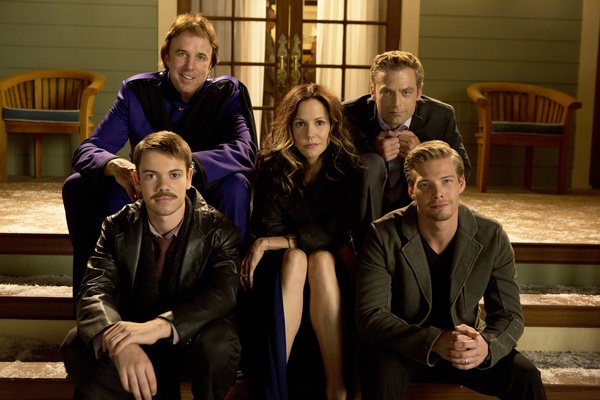 The cast of Weeds

Nancy has similarities to a classic gangster: she is greedy and ambitious, she acts in an organized and criminal way, she benefits from and organizes acts of violence, she acts selfishly—assuming that her family will remain loyal to her no matter what. But at the end of the series she is not punished for her sins, even her family at least partially forgives her. 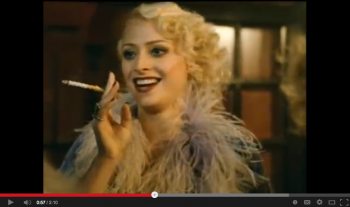 The final example most closely fits the mold of the classic gangster story. Underbelly: Razor was an Australian production for broadcast television in 2011. Razor was the fourth in the anthology Underbelly series, each based on a true crime story. Set in the 1920s and ’30s in Sydney at the time of the razor gangs (i.e. when criminals’ weapon of choice was the straight razor), the ongoing plot focuses on a feud between rival criminal bosses Kate Leigh and Tilly Devine. Kate was a dealer in stolen goods, “sly grog,”5 and cocaine. And, as the title of the show’s first episode makes clear, she was known as “the worst woman in Sydney.” Tilly Devine was a madam at a time when it was legal for women, but not men, to live off the earnings of prostitution.6 This is not a story about women overcoming the odds and becoming gangsters despite their gender. These women are just very successful at what they do. The text of the program does remark on the fact that the two main characters are female, at least one rival wants to bring the “sheilas” down, but the fact that they are crime bosses is not considered unusual.

The story centers on the feud between Kate and Tilly and their ongoing criminal enterprises, their successes and failures, and the enemies that they fight in addition to one another. The story is narratively a rather straightforward gangster tale about ambition, revenge, treachery, greed, romance, and family relationships. Both Kate Leigh and Tilly Devine conspire to commit murder and to an extent participate in killings and beatings. Kate is a more personable character; her flaws are pride and a somewhat abrasive nature. Tilly can be charming but also has a spectacular temper and a tendency to act before she thinks; as a madam she performs the stereotyped role of mother to her “girls.”

In one unusual plot line Kate has an affair with Bruce, a handsome young man. Bruce joins Kate’s organization because he is attracted to her power. She is delighted with his youth and beauty, to the extent that she ignores the pain of her faithful lover. This is a common plot in gangster stories where the mistress is treated better that the wife. The role of gangster and ill-treater is never usually allowed to women in popular culture, but is fully and un-ironically embraced in this story. In addition, Bruce eventually leaves because he is injured and scarred in a fight in Kate’s service. He seems unable to cope with the loss of his beauty. 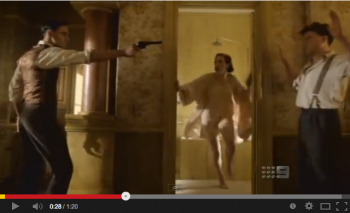 The finale of the show involves a gun fight between Kate and Tilly that ends with them putting down their weapons in a surprising moment of sisterly solidarity. They decide that they do not want to die because the men who will take over their businesses would just “stuff it up.” This end to the feud that has been the driving force of the series is something that would be unlikely to happen had the protagonists been male. Had they been male they would have shot each other and both died tragically in this situation.

These instances of gangster women being represented in recent popular television mark an expansion in the genre. The classic film gangster, Ma Barker notwithstanding, has always been male and the role of gangster has been specifically tied to concerns about masculinity. These gangster women implicitly criticize the inherent masculinity of the gangster figure, both in the ways that they are similar to the male gangster and in the ways that they differ. All these women are competent heads of criminal organizations, successful in their jobs. Only one follows the tradition of the male gangster and dies for her sins. The others pretty much get away with it.