The Future of Television is…Comics?
Alisa Perren / University of Texas at Austin 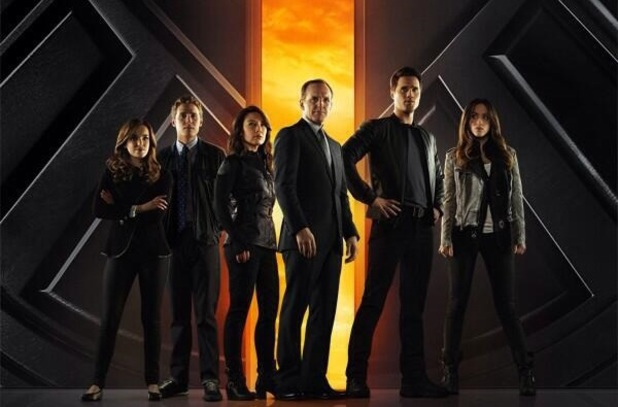 One of the most anticipated shows of the fall 2013 season was Agents of S.H.I.E.L.D. Marvel’s skillful and profitable expansion of its cinematic universe from Iron Man through The Avengers, along with Joss Whedon’s widely reported involvement with the launch of the series, led to tremendous enthusiasm on the part of critics, journalists, and fans about the new series. Speculation ran rampant: Would Marvel do for television what it previously had done for movies? Might this mark a new moment in the movement of comic book properties to television? How might the company expand the storyworld and characters through a big-budget, high-profile weekly broadcast series supported by all the resources at parent company Disney-ABC’s disposal?

Unfortunately, Agents of S.H.I.E.L.D. did not live up to the pre-broadcast hype. In spite of extensive promotion, the show’s viewership rapidly declined. Many viewers (myself included) found the show’s cardboard characters and superhero-adjacent storylines uninteresting and unworthy of weekly viewing. Marvel’s investment in maintaining the economic value of its cinematic superhero universe diminished the economic potential for its first major live-action television venture. The very financial success that the company had with its motion pictures demanded that it reinforce a distinctive cultural hierarchy – one in which the characters (and performers), action, and special effects of its motion pictures eclipsed those of its first television series. Industrial valuation translated into cultural valuation in a very explicit manner, at least in the case of Agents of S.H.I.E.L.D.

Given the current industrial and creative landscape, in which journalists, critics, and talent regularly claim that “television is the new cinema” and “TV is better than movies,” this reinforcement of cultural and creative distinctions between film and television through Agents of S.H.I.E.L.D. is particularly striking. Entertainment companies, it seems, have not yet fully figured out the formula for transferring comic books – especially superhero properties,1 my primary focus here – to television. This is not to say that there haven’t been consistent efforts over the years. From The Adventures of Superman (1952-1958) to Batman (1966-1968), Wonder Woman (1975-1979) to The Flash (1990-1991), Lois & Clark (1993-1997) to Smallville (2001-2011), there have been steady, albeit limited, attempts to translate comic book properties to live-action TV.2 Each decade has been marked by a few such ventures, but none has proven to be a megahit in the way that so many superhero movies have been for decades. 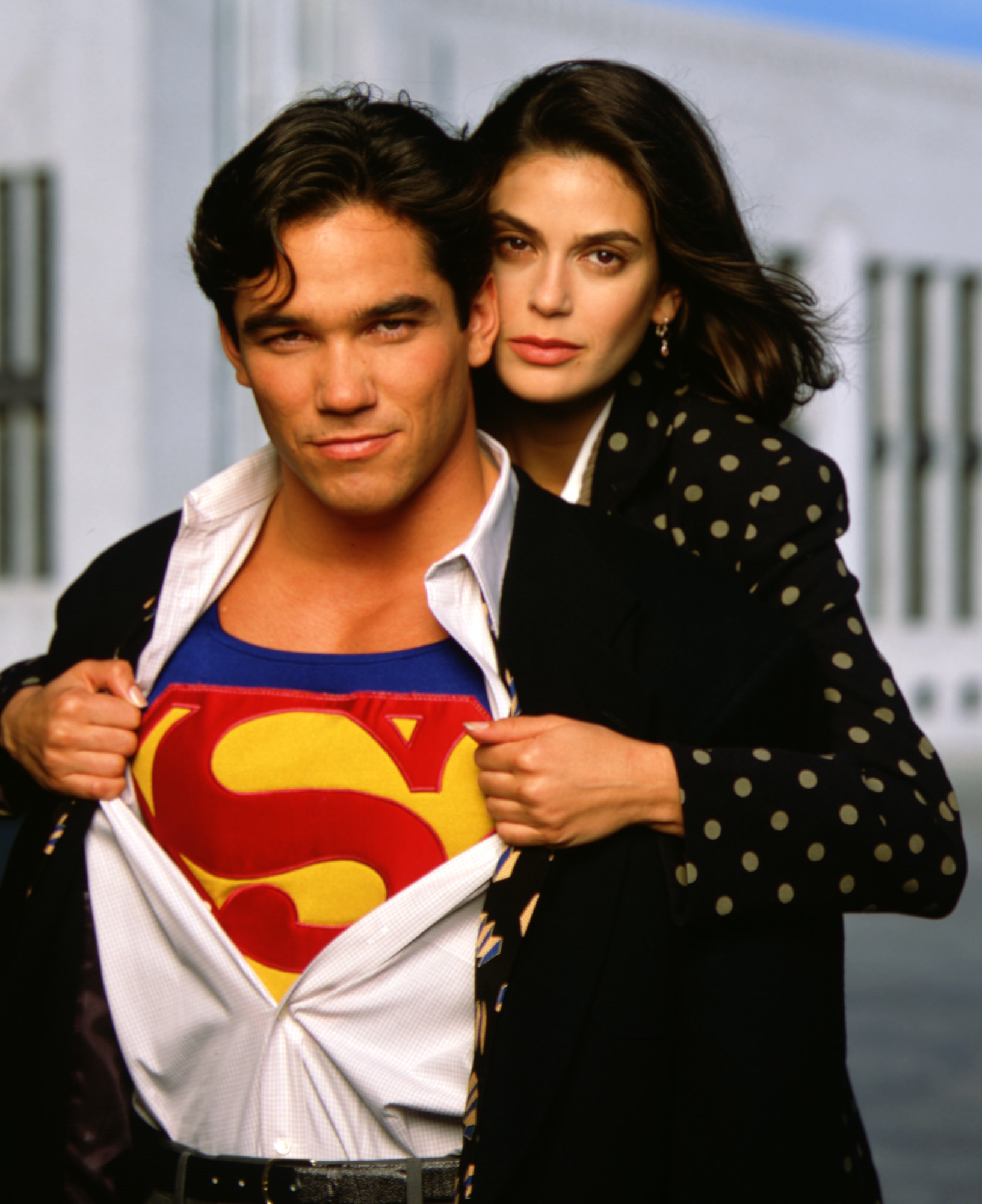 Indeed, Agents of S.H.I.E.L.D., though still on the air, is unlikely to represent the “future” of comics on television, let alone the future of (successful) corporate synergy or transmedia storytelling. Yet looking into my crystal ball, I would venture to say that the time is coming for superheroes on television – not to mention for a more expansive new phase in the comics-television relationship. As often has been noted, comic book properties have piqued the Hollywood film industry’s interest in recent years because they appeal the elusive yet desirable young male viewer and because they are viable sites for transmedia marketing, storytelling, and fandom. As Andy Greenwald observes, big-budget superhero films in effect have become serialized television – except that new installments of “episodes” of The Avengers appear in theaters once or twice a year and are discursively produced as distinctive from television in the interest of product differentiation and theatrical attendance.

Thus far, producers of live-action TV series have found it far more challenging to adapt comic book-based properties than have motion picture producers. Two programs, however, currently suggest the potential and possibilities for comics on TV: The Walking Dead (2010- ) and Arrow (2012- ). Much ink has already been dedicated to the blockbuster success of AMC’s The Walking Dead, so I will simply note here that this program suggests the potential for using non-superhero comics as a jumping off point for serialized storytelling and characterization.

Arrow is a different story. This show’s trajectory, even more so than The Walking Dead, suggests that the industrial and creative imperatives of the comics and television industries are intersecting to a greater degree than ever before. The serialization so common in comic books dating back to the 1960s has become the norm in prime-time television, and Arrow has been able to effectively meld the storytelling strategies developed in both media forms over the last several decades. Significantly, writers for the show, including writer-producers Marc Guggenheim and Andrew Kreisberg, also have written extensively for comics, indicating the cross-fertilization of creative labor at work here. 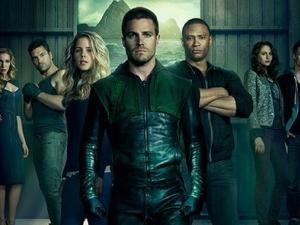 The show expands on the well-established WB/CW formula forged with shows ranging from Dawson’s Creek (for which Arrow writer-producer Greg Berlanti wrote) to Veronica Mars while improving upon the worldbuilding and characterization initiated with Smallville. Though initially Arrow relied heavily on “cases of the week” and owed more than a little to Nolan’s Batman franchise (not to mention Lost and Robin Hood) in style, structure, and tone, as the show has developed over the last year-and-a-half, the characters have become more well-rounded and the storyworld has expanded more organically. What’s more, the action scenes have come to rival those of many motion pictures.

The recent introduction of Grant Gustin as Barry Allen (soon to be The Flash) as set up for a new CW series for 2014 – as well as the introduction of Arrow to Netflix streaming – suggests that the awareness of the show, its storyworld, and its characters will continue to grow.3 Current media chatter suggests that, whereas Marvel has sought to maintain a clear division between its “film” and “television” characters thus far, DC Entertainment might just be developing characters (and performers) who will transition much more seamlessly from small screen to big screen and back again. It remains to be seen how – or if –this might contribute to a revaluation of each medium both industrially and culturally. 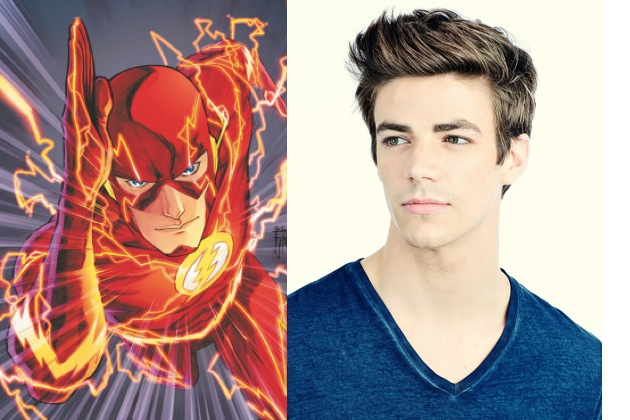 Grant Gustin as The Flash

Although Arrow offers one direction that comics-TV convergence might take, several other projects offer indications of what is to come, including:

While these projects are certainly interesting from the perspective of transmedia storytelling and corporate synergy, it is worth underscoring that there are many other components to the comics-TV relationship that remain to be examined in greater depth. From a media industry studies perspective, what I find especially intriguing is the extent to which the creative practices, management strategies, production cultures, and corporate structures of the comics and television industries are impacting the shapes the stories take and the ways that characters are developed for each medium. As new platforms (and new TV series buyers) continue to emerge and the means of consuming television expand still more, the television and comics industries have the potential to become even more co-dependent. As the brief discussion of Agents of S.H.I.E.L.D. and Arrow above suggests, comics provide a fascinating site through which to think through industrial transformations and cultural valuations in convergent-era television.