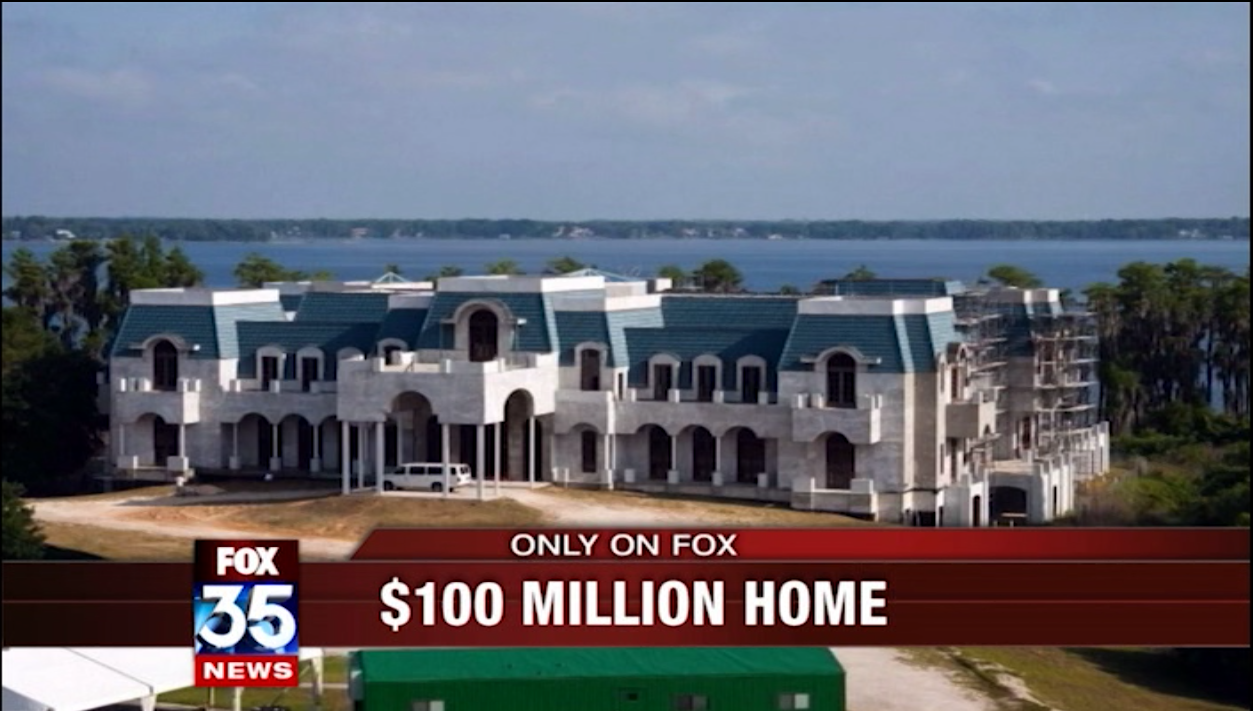 The Queen of Versailles

In 1995, the ‘National Homeownership Strategy’ was published by the US Department of Housing and Urban Development.1 The report called for the removal of regulatory barriers regarding home financing for low-income borrowers, while its list of “partners in the American Dream” included the likes of Fannie Mae and Freddie Mac. Such an optimistic promotion of homeownership now feels like a cruel irony. Indeed, the report was crucial in setting the legislative framework and political climate for the subprime mortgage crisis which sparked the broader 2008 financial crisis.

How has contemporary US cinema approached “the American Dream” of homeownership? Considering this question, we might instinctively think of The Queen of Versailles (dir. Lauren Greenfield, 2012) – a documentary about David Siegel, owner of the world’s largest timeshare business, as he and his wife attempt to build the biggest home in America. Their plans for a $100m Florida mansion, complete with 13 bedrooms and 30 bathrooms, were abruptly derailed by the financial crisis. Greenfield’s film is about the excesses of the 1% and the people who have to literally clean up after them. It’s a film, we might say, about a dangerous identification with the American Dream.

Yet, other recent American films cast a rather different light on the present housing crisis. Wendy and Lucy (dir. Kelly Reichardt, 2008), Frozen River (dir. Courtney Hunt, 2008) and Winter’s Bone (dir. Debra Granik, 2010) all highlight the struggle to sustain even the most basic level of domestic security – both before and after the crash. These are films about the threat of losing your home, about the obstacles faced and the debts incurred in trying to become a partner in the American Dream. There are no mansions here – just spaces of neglect and poverty. The films are concerned with precarious lives lived in precarious spaces on the urban edge or in rural isolation, not in America’s metropolitan centres. Home remains the central object of desire, as characters face sleeping in a car, in the woods or in a damaged trailer.

In framing these films, it is useful to borrow an evocative term developed by the theorist Lauren Berlant: “cruel optimism.” Berlant is interested in why people “stay attached to conventional good-life fantasies […] when the evidence of their instability, fragility, and dear cost abounds.” She defines cruel optimism as “the condition of maintaining an attachment to a significantly problematic object” – desiring something that is “actually an obstacle to your flourishing.”2

Similarly, in the films of Reichardt, Hunt and Granik, characters frequently repeat many conventional American good-life fantasies – the promise of moving West to find prosperity, the importance of family, the value of military service, the security provided by violence – before the dear cost of these attachments are revealed. Above all, the desire for homeownership in these films feels like cruel optimism. 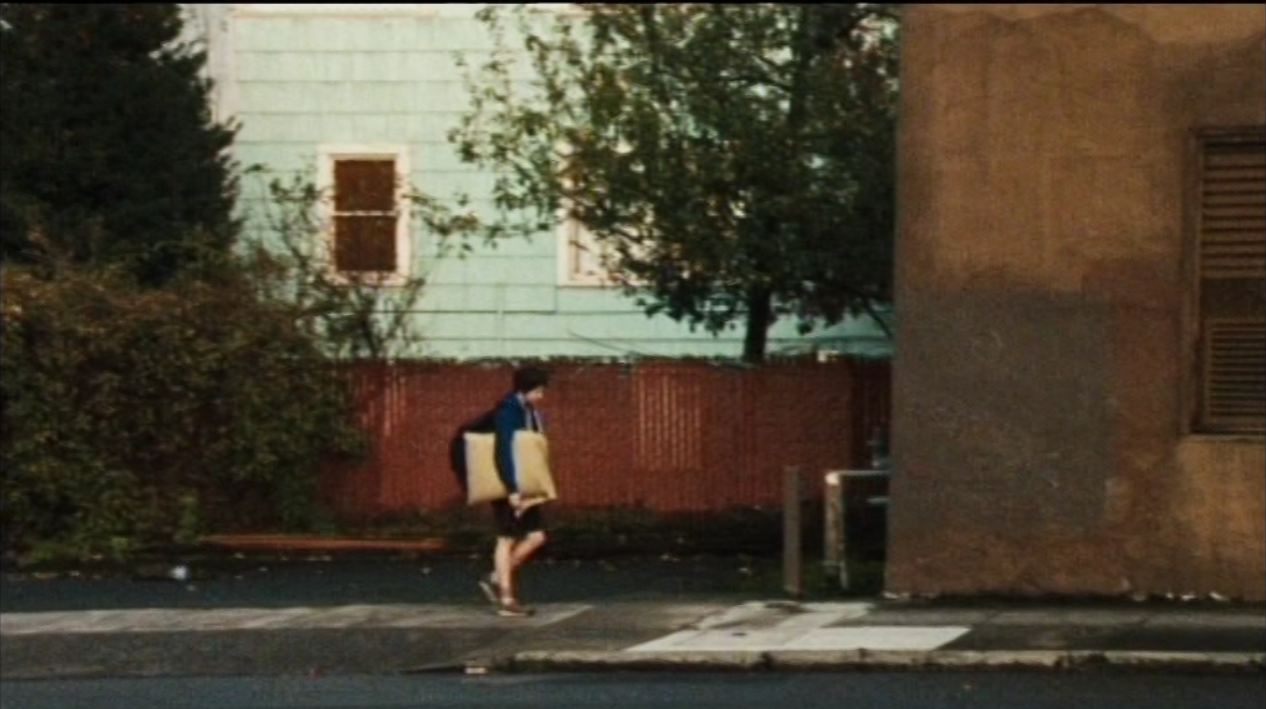 Take, for instance, Wendy and Lucy. Stranded on the edge of Portland, Oregon, Wendy (Michelle Williams) finds herself homeless in an alienating landscape of gas stations, garbage containers and big-box stores – spaces rarely seen on film. On the one hand, this feels like distinctly uncinematic territory. On the other, Reichardt’s work, like that of Granik and Hunt, has been noted for its nods to Italian neo-realism. Contemporary US directors have, in examining today’s precarious lives, turned to a cinematic tradition shaped by European experiences of Fascism and war. Wendy and Lucy is also an anti-road movie, a film about stasis and breakdown – both literally, in that Wendy’s car gives up the fight, but also in terms of social, economic and personal collapse. To be without movement in the exurbs is to occupy inhospitable spaces.

Reichardt herself described Wendy and Lucy as a response to a new-found cruelty she senses in American political discourse. “It’s just the disdain for poverty,” she explained, “and that assumption that opportunity is lying at our feet, all we have to do is bend over and pick it up.”3 In focusing with generosity on Wendy’s battle to cope with poverty and the disdain it generates, while simultaneously dreaming of a brighter future, Reichardt aligns herself with Berlant’s interest in the composure and self-management demanded by a state of cruel optimism. 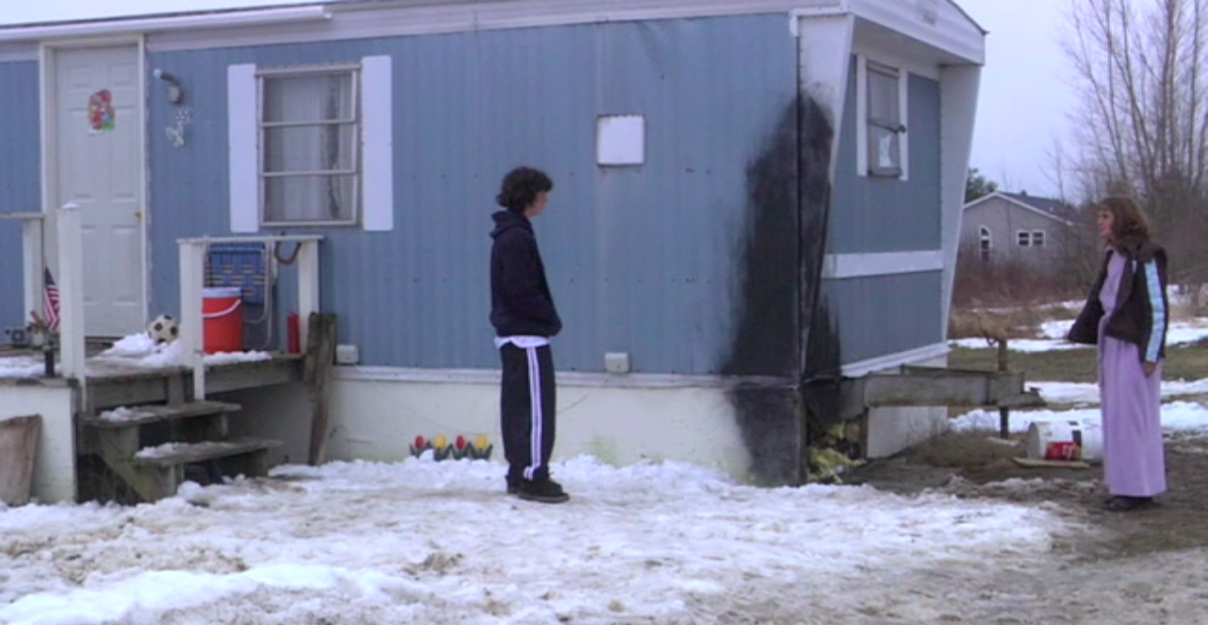 The need for survival provokes more extreme measures in Frozen River. Set amongst highways, casinos and trailer parks on the border of New York and Quebec, the film focuses on Ray Eddy (Melissa Leo), a middle-aged mother of two who turns to people-smuggling to finance a new trailer for her family. In Frozen River, home can be delivered to you on the back of a lorry, via a company owned by a man called Guy Versailles, whose motto is “Live the Dream.” Other businesses thrive in this landscape, too: a debt collection agency is constantly harassing Ray, demanding payments for household appliances bought on credit. Further debts are incurred: the illegal immigrants Ray helps to smuggle into the US face years of hard labour to pay off the costs of getting there.

Debt – in both financial and familial terms – is at the heart of Winter’s Bone, a study of rural poverty in Missouri. The anthropologist David Graeber concluded his recent history of debt by asking, “What is a debt, anyway? A debt is just a perversion of a promise. It is a promise corrupted by both math and violence.”4 The encouragement of debt in documents like the ‘National Homeownership Strategy’ has prompted moral confusion and human suffering when the debts proved mathematically insurmountable. In 22% of America’s home mortgages, the debt now exceeds the value of the house – another perversion of a promise and another case of cruel optimism.5 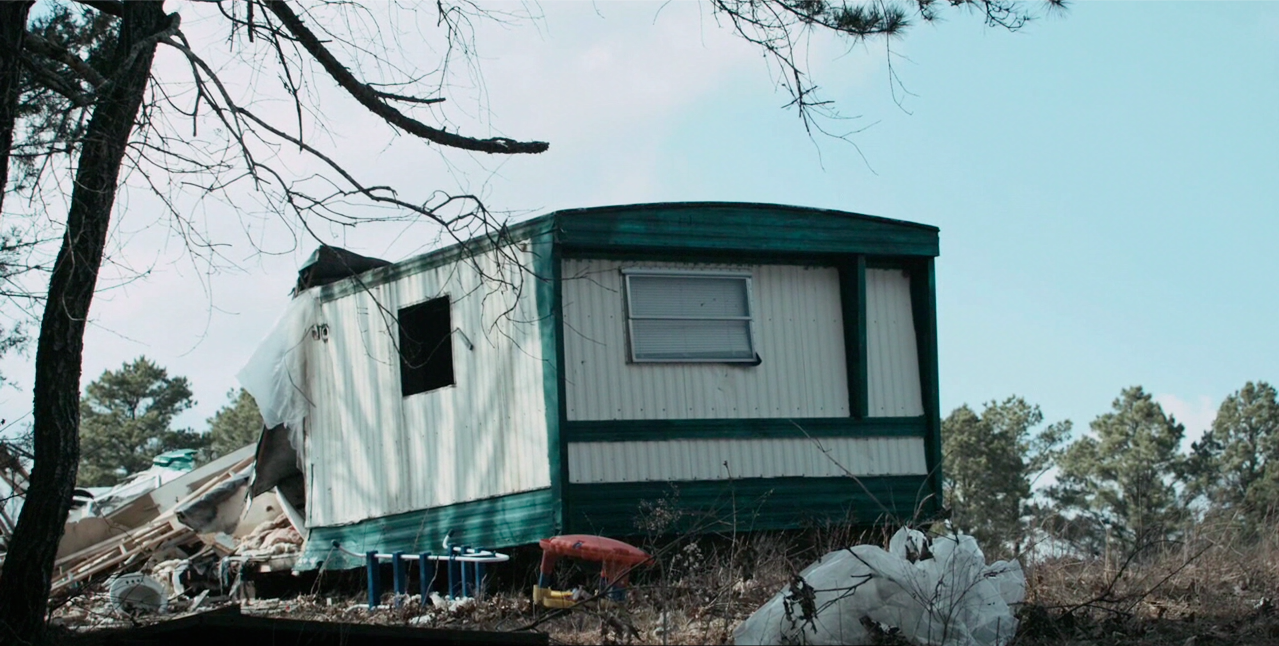 In Winter’s Bone, 17-year-old Ree Dolly (Jennifer Lawrence) must save her family home from repossession after her father offered the house as a bail bond and then disappeared before his trial. Ree is another woman struggling on her own in an apocalyptic landscape of shack housing, abandoned cars and burnt-out meth labs.6 Her faith that local family members will help her is perverted, even though, as she says, shared blood is “supposed to mean something.” This a world both claustrophobically incestuous – everyone knows everyone – and yet also daunting and epic. The violence involved in sustaining a system of debts and bonds lurks in every corner of the screen.

Finally, what it does mean to study the housing crisis through cinema, a medium commonly perceived to be in crisis itself? Wendy and Lucy, Frozen River and Winter’s Bone – made for a combined total of less than $3.5m – are the antithesis of the CGI-dominated, blockbuster franchises that constitute much of Hollywood’s output. The spaces of domestic poverty in the independent films discussed here contrast sharply with the ever-more expensive images, often of global locations, created by major studios. While one showcases a spectacle of capital, the other emphasises the spaces capital has neglected or destroyed.

In discussing Wendy and Lucy, Reichardt has admitted, “the financial restraints that we had making the film pretty much mirrors what Wendy’s going through. It wasn’t a super uplifting experience.”7 A lack of options, constant financial pressure, precarious living, coping with temporary structures – there are clear links between these filmmakers and their characters. Indeed, at $300,000, Wendy and Lucy cost about the same as the average US home – before the crash. Valued at $100m, the home we see in The Queen of Versailles equates to a Hollywood blockbuster. Given the increasing inequality at work here, can we maintain even a cruel optimism in the conventional good-life fantasies of cinema itself – so long a partner in our collective dreams?8