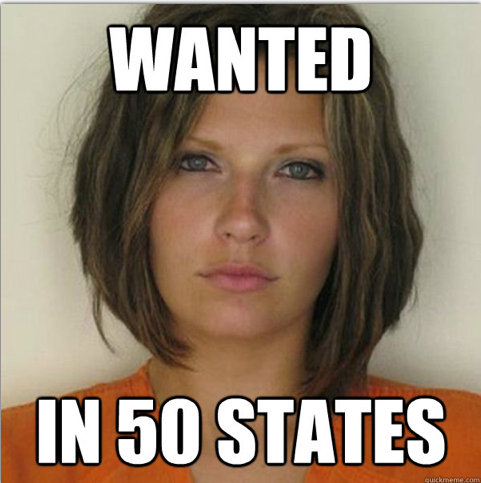 The “Attractive Convict” meme emerged in early April. Its first iteration appeared on Reddit, where a user posted a woman’s mugshot, taken after a DUI arrest, under superimposed text reading, “WANTED…IN 50 STATES.” Two days and twenty-thousand up-votes later, the woman was identified as Florida resident Meagan Simmons. Newspaper accounts made much of the marriage proposals she began receiving from men around the world1.

The Dove Campaign for Real Beauty, created by ad agency Ogilvy & Mather, launched its first series of viral videos, titled “Beauty Crackdown,” in 2006. “Onslaught,” an eighty second spot typical of this series, opens with a slow closeup of a little girl’s face followed by a rapid succession of beauty industry ads interspersed with shots of women weighing themselves and footage of plastic surgery. It concludes with the admonition, “Talk to your daughter before the beauty industry does.” Sarah Banet-Weiser’s critique of this iteration of the Dove campaign identifies the neoliberal logics under which “Onslaught” operates, in which the choice to protect children is ascribed to individuals (rather than to the corporations ostensibly harming them).2 “Evolution,” another video in this series, likewise appears to critique the beauty industry (it distills a model’s fashion shoot and post-production adjustments to her body into 75 seconds), but concludes by urging viewers to “Take part in the Dove Real Beauty Workshop for Girls,” again advocating individual (consumer) choices as solutions to what it implies is a corporate crisis of conscience. Where “Onslaught” and “Evolution” assume an oppressive (if upbeat) culture, “Dove Real Beauty Sketches” structures a society of universal affirmation. In doing so, it shifts blame to women’s psyches.

Encouraging self-improvement rather than social struggle, “Dove Real Beauty Sketches” perfects a neat marriage of neoliberal political ideology and postfeminist media sensibilities. Rosalind Gill’s critique of “the new emphasis on self-surveillance, self-monitoring, and self-discipline in postfeminist media culture,” where “the self has become a project to be evaluated,” is easily applicable to “Dove Real Beauty Sketches.”3 Consider how acknowledgement of the labor of self-management dominates participant responses to the portraits: “I have some work to do on myself,” remarks one woman, a common refrain. Still another notes that a sense of one’s looks effects “jobs we apply for” — an expression of anxiety not over perceived HR preferences for pretty applicants, but over her own hesitance to consider herself pretty. These videos, however, exceed Gill’s critique of postfeminist media: they ask that participants monitor both the self and its evaluation. The Dove women are thus doubly shamed, first by their failure to exude requisite postfeminist confidence, and also by the very fallibility of their own self-assessment metrics.

Three week’s after “Dove Real Beauty Sketches” launched, the practice of punishing women for failing to think themselves beautiful played out in a more violent context. Zombie Industries, which manufactures shooting targets which “bleed” when penetrated by bullets, initially attracted attention at the NRA convention in Houston for displaying a target modeled after Barack Obama. Once in the national spotlight, the company drew criticism for a second mannequin: called “The Ex,” Zombie Industry’s sole female dummy was accompanied by a detailed vengeance narrative. “A young gent from Louisiana,” the copy read, “was deeply committed to his one true love, and her [sic] to him, or so he thought” however, “partying with her friends during one particular Mardi Gras, she took several suitors.” Thus, with the help of an elderly aunt, “Andre” has a curse put on his girlfriend, transforming her into a zombie (which, as in the case of the Obama mannequin, is here code for deserving target). The delight he takes in killing her (hearing her “unnatural cry of regret” makes “a smile appear across his face”) is especially chilling given that, as feminist critics rightly pointed out, a third of all women murdered in the United States are victims of partner violence, often justified by vendettas like the one advertised here.4 In response to such criticism, Zombie Industries quickly acquiesced: “The Ex” disappeared from the company website. Now she is “Alexa.” 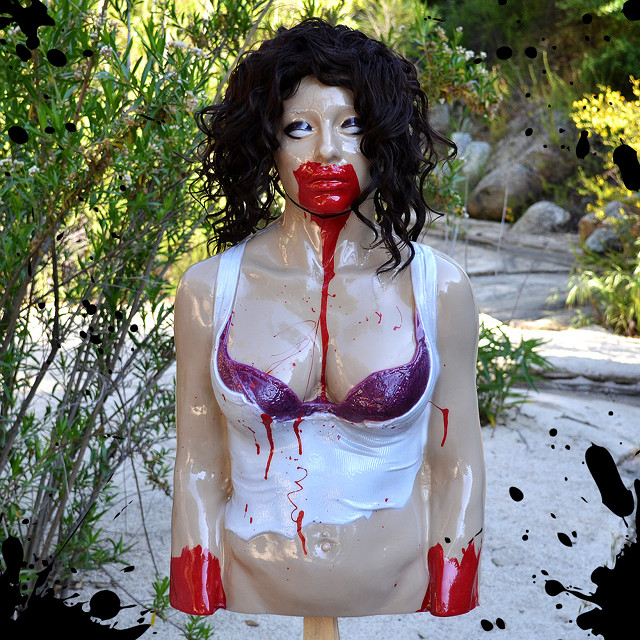